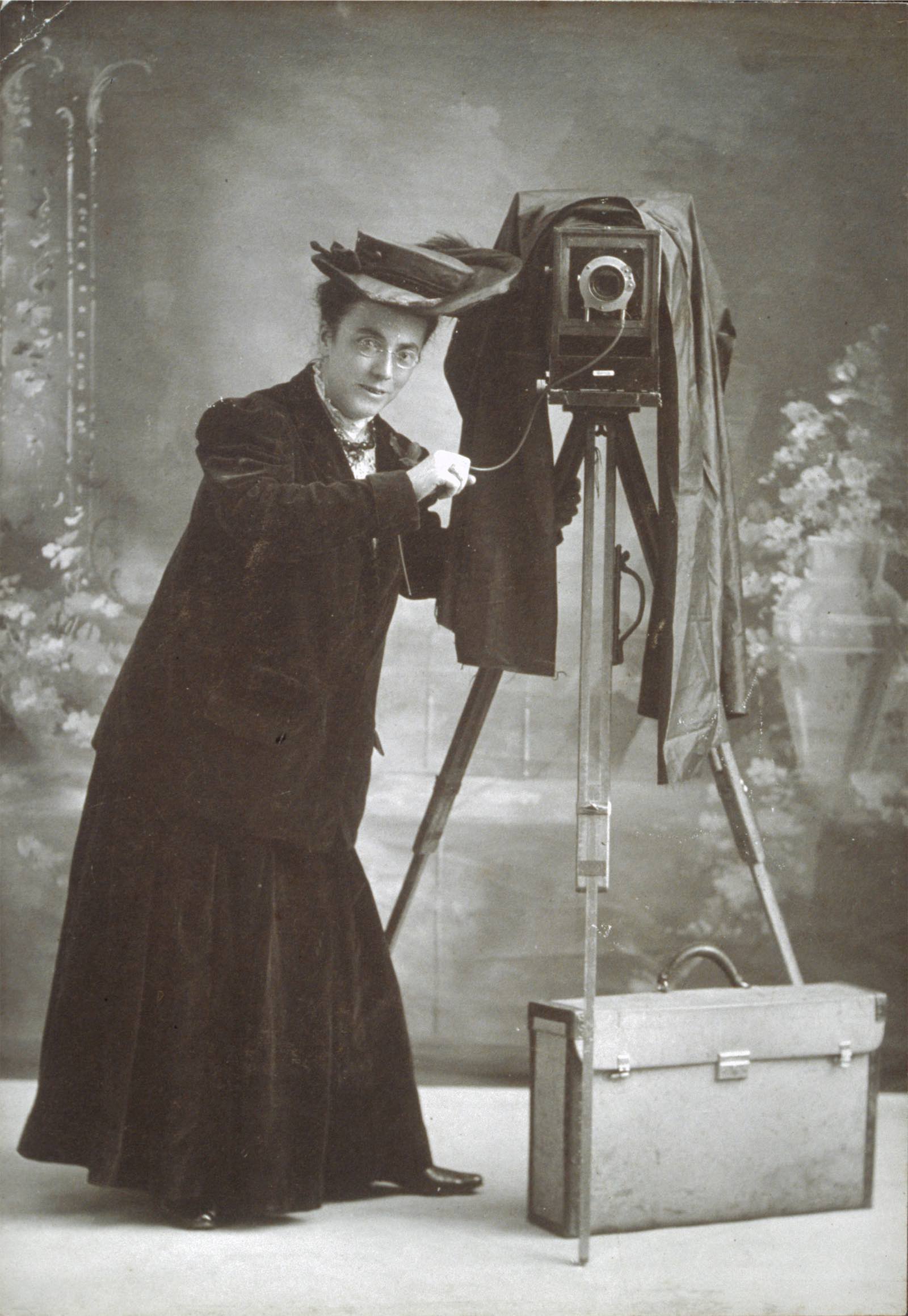 Jessie Tarbox Beals (1870 – 1942) was the first published woman photojournalist in the United States and the first woman night photographer. She was self-taught, initially working as a teacher before switching careers.

After meeting Gertrude Kasebier in 1893, she was inspired to take up photography and received her first commission from the Boston Globe in 1899. She joined the Buffalo Inquirer in 1901.

She is best known for her freelance news photographs, particularly of the 1904 St. Louis World’s Fair, where she was the first woman to be given credentials. She often took her photographs at height, from ladders and balloons, lugging 50 lbs of 8 x 10” equipment and glass plate negatives.

In her photojournalism, Jessie focussed on what she found newsworthy, such as suffrage marches and women’s jobs, and sold her prints to newspapers.  One of her best-known photos is of President Teddy Roosevelt in 1904 and one of her best-known photo essays, featured in The New York Times in 1913, documented the poor living conditions of immigrant families.

After the success of covering the World Fair, she was able to set up a studio on 6th Avenue, New York in 1905. She moved to Greenwich Village in 1917, where she opened the Village Art Gallery and started documenting the streets and interiors of women-run Bohemian shops and restaurants.

She also worked in advertising,  portraiture and architectural landscape, and I particularly like her pictorialist photos of New York’s Brooklyn Bridge and Madison Square, Buffalo, and Boston.

However, Jessie became best known for her fearless photojournalism. She once said, ‘If one is the possessor of health and strength, a good news instinct … and the ability to hustle, which is the most necessary qualification, one can be a news photographer.’

Like her British contemporary Christina Broom, Jessie printed postcards – such as those of the Girls Scouts and Greenwich Village – to make extra money. As she aged, she tried using lighter cameras and flexible film, but she struggled to find work in the Depression and fell into destitution. Jessie died at the age of seventy-one.

Her photographs and prints are in collections at the Library of Congress, and the New York Historical Society.  In 1982, the Schlesinger Library at Radcliffe received Jessie’s papers and family pictures from her daughter, Nanette Beals Brainerd.