For legendary photographer Gertrude Käsebier (née Stanton), photography was a means to escape an unhappy marriage and become financially independent.

At the age of 37, she enrolled at The Pratt Institute in New York (1889 -1893) to study painting, where she quickly distinguished herself as a pictorial photographer. She opened a studio on ‘Ladies Mile’, 5th Avenue in 1897, where she produced art portraits but also undertook commercial work.

Her staged black and white photography depicting an idealised motherhood, as in images such as ‘The Manger’, ‘Adoration’, and ‘Harmony’, was immensely popular; ’The Manger’ sold for $100 in 1899, the highest price yet paid for a photograph. Combining darkroom manipulation with strong compositions and delicate lighting, ‘Lollipops’ (1910) was typical of her style, together with the touching ‘Blessed Art Thou among Women’ (1899; Camera Notes, July 1900) a portrait of poet Agnes Lee and her daughter Peggy who tragically died the following year — her most celebrated image, it was followed in 1904 by her moving depiction of a cloaked, grieving Agnes in ‘The Heritage of Motherhood’. 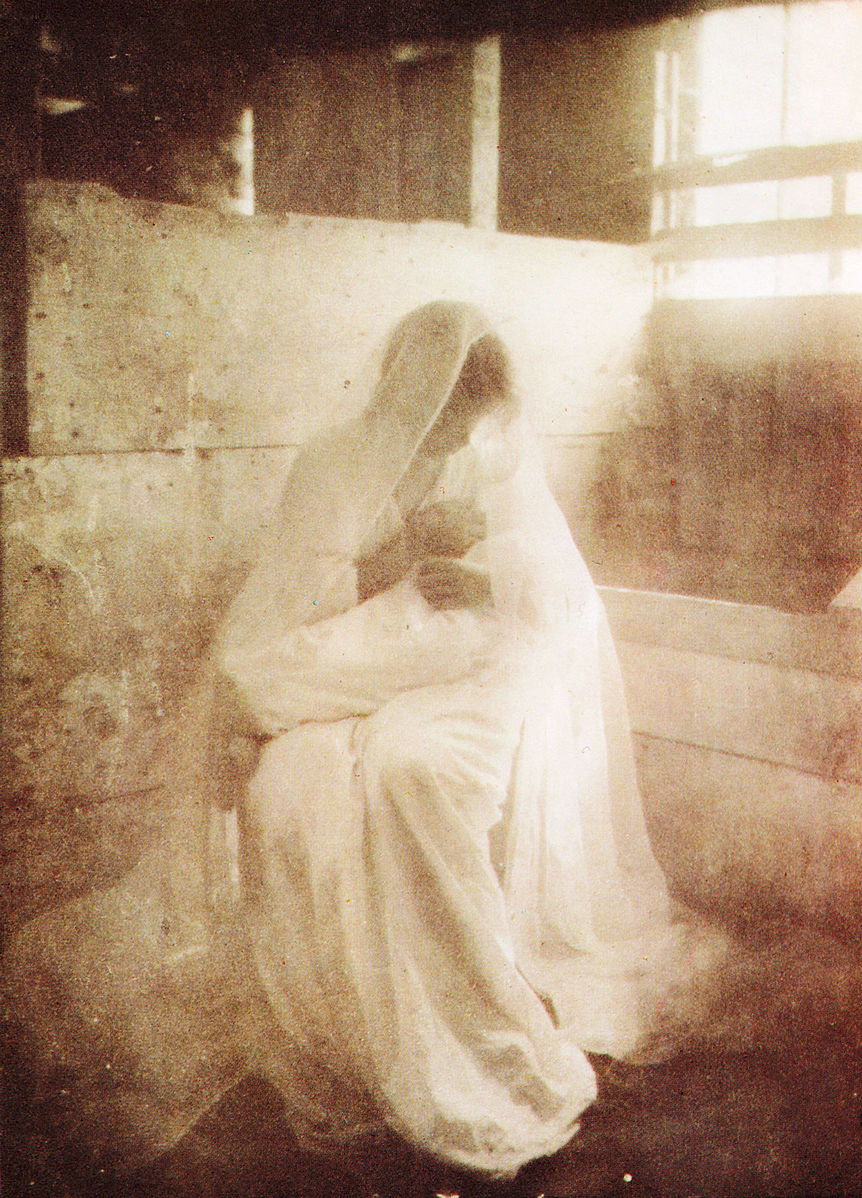 The Manger, circa 1899, by Gertrude Käsebier 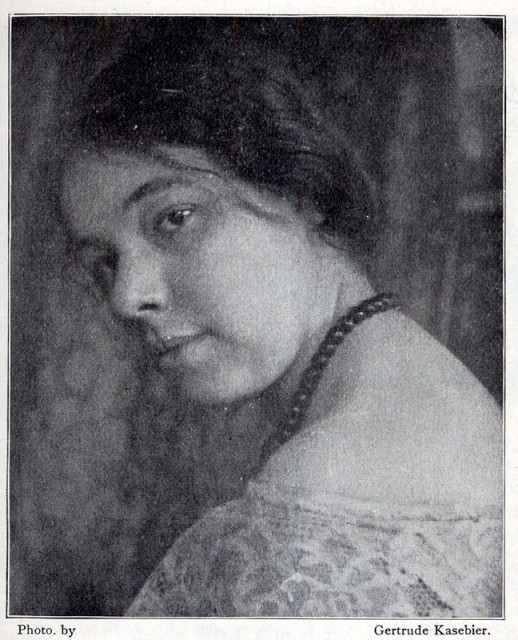 Gertrude published in popular magazines from 1895 such as Monthly Illustrator and Everybody’s Magazine, featuring her portraits of the cast of Buffalo Bill’s Wild West Show in 1902, and in World’s Work, where she illustrated ‘Going Back to the Soil’, in the January 1901 issue.

Her portraits of Native Americans, taken over a decade from 1898, are unique in aspiring to be authentic portrayals of relaxed individuals, unlike the ‘noble savage’ images of the better-known Edward Curtis.

In 1902, Gertrude was a co-founder of the Photo-Secession group, with Alfred Stieglitz and Edward Steichen, which was dedicated to promoting photography as an art form. Other women members were Mary Devens (1857 – 1920) and Eva Watson-Schütze (1867–1935).

Steiglitz so admired her work that he commissioned her to take his portrait in 1902, and also featured her in the first edition of their quarterly journal Camera Work in January 1903. But he was critical of her commercial work and a rift formed, resulting in her leaving Photo-Secession in 1912 and setting up Pictorial Photographers of America in 1916 with Clarence White.

In the mid-1920s she passed the portrait studio to her daughter Hermine but it closed in 1929, the same year The Brooklyn Institute of Arts and Sciences celebrated Gertrude with an exhibition. She died on October 12, 1934, at Hermine’s home.

The Library of Congress holds a large collection of her photographs.