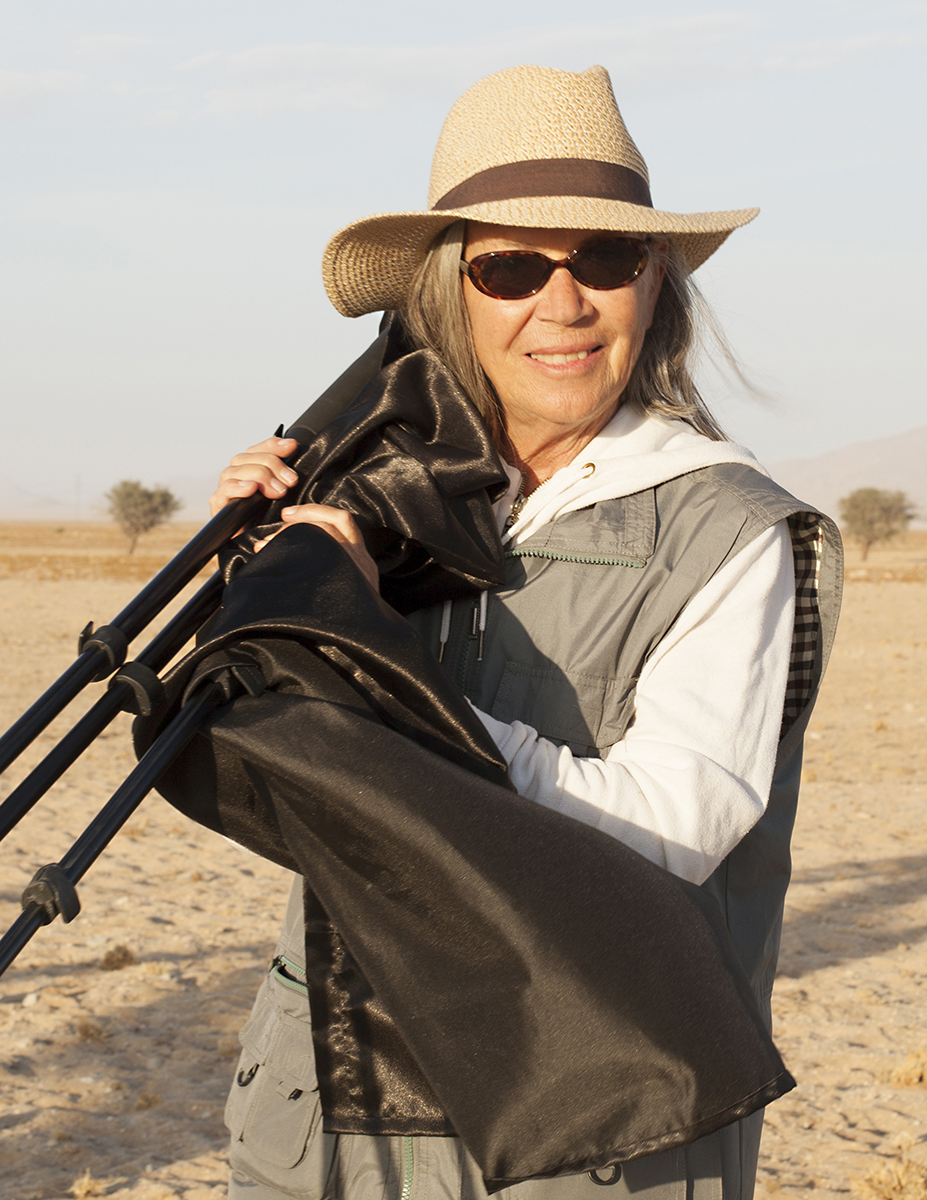 Margaret Courtney-Clarke was born in Swakopmund, Namibia (1949) where she currently lives and works. After studying art and photography in South Africa, she spent the next four decades working as a photographer in Italy, the USA and across Africa.  Margaret began her career working under Italian photographer and filmmaker Pasquale De Antonis, photographing art, architecture and antiquities, thereafter freelancing on magazine assignments in Europe and Africa during the 1970s and 1980s. In 1979 Courtney-Clarke became persona non grata under the Apartheid laws and renounced her South African citizenship – later returning to South West Africa asserting her Namibian birthright under the protection of the UN. Throughout her career, Courtney-Clarke would pursue personal projects in Africa documenting feminine identity.

The work, Cry Sadness into the Coming Rain (2014 – 2018), marked Courtney-Clarke’s return to Namibia and her engagement with a people and landscape in crisis. She is currently working on a project in the Kalahari Desert in eastern Namibia to record the Bushmen and their social and cultural environment. 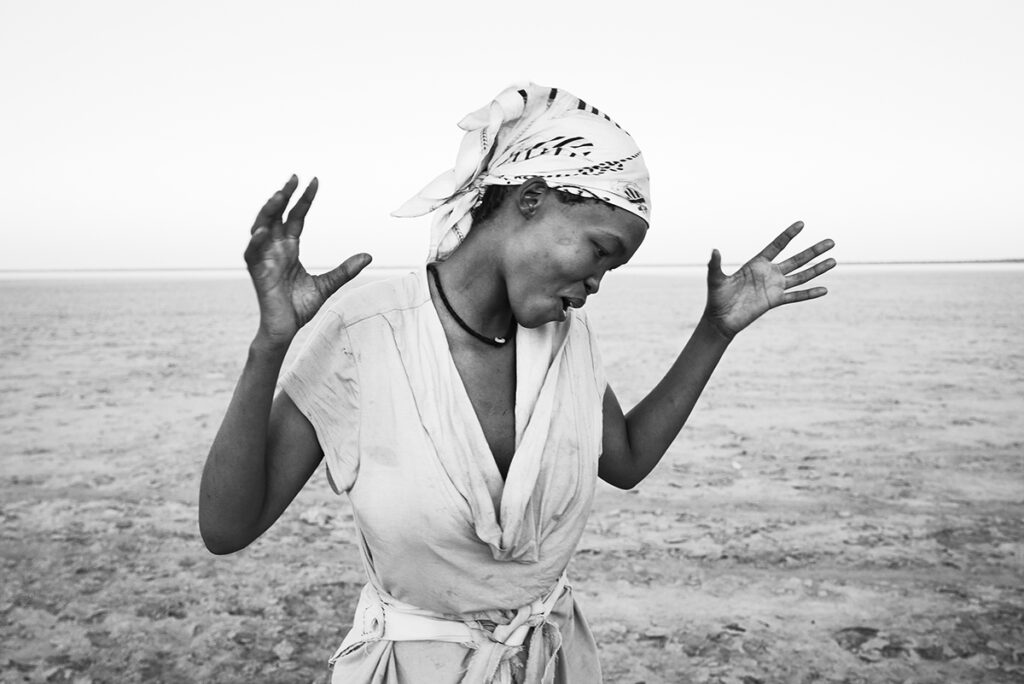 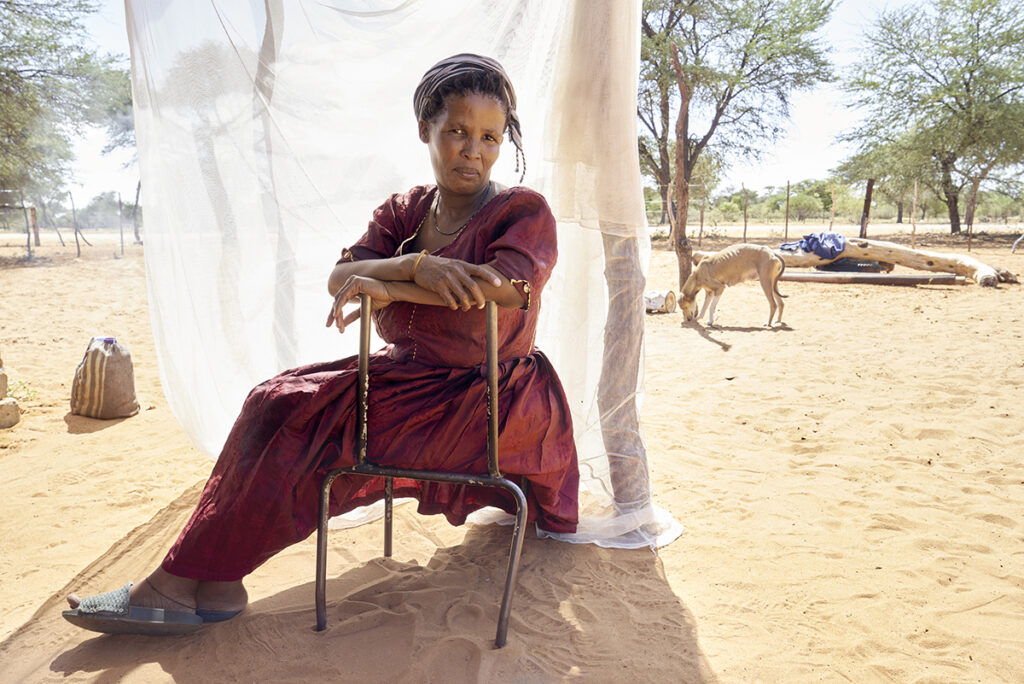 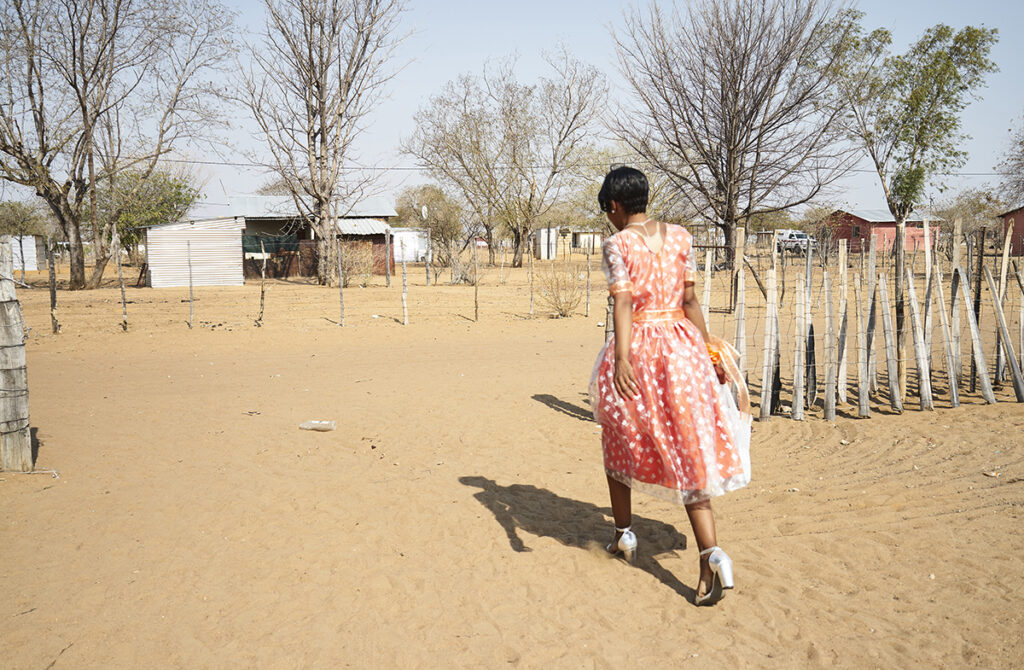 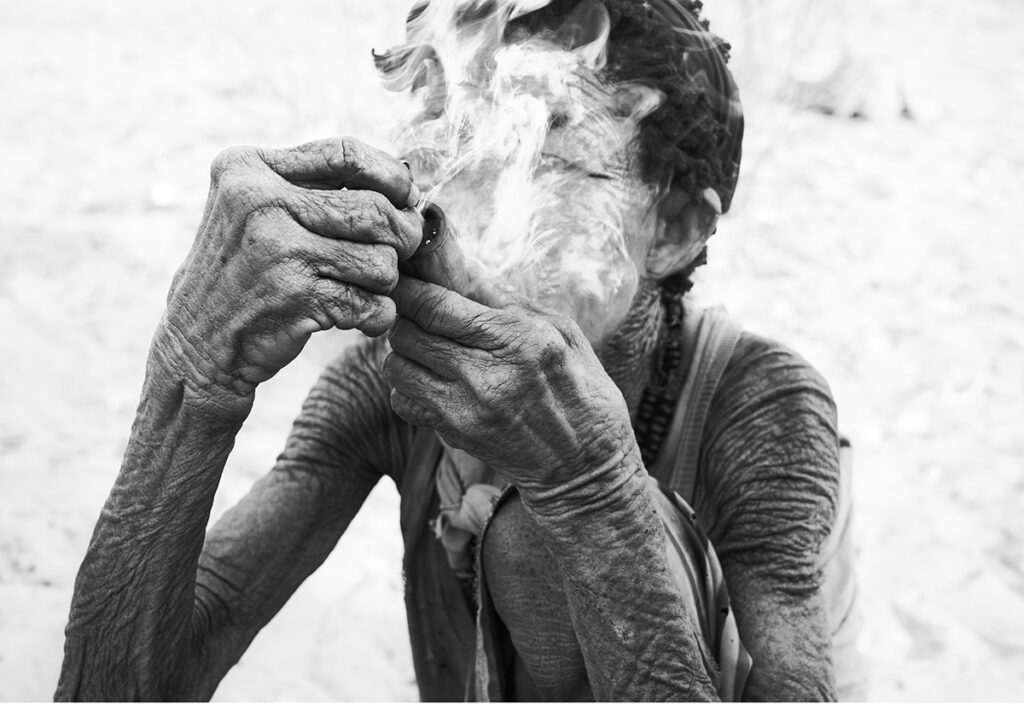 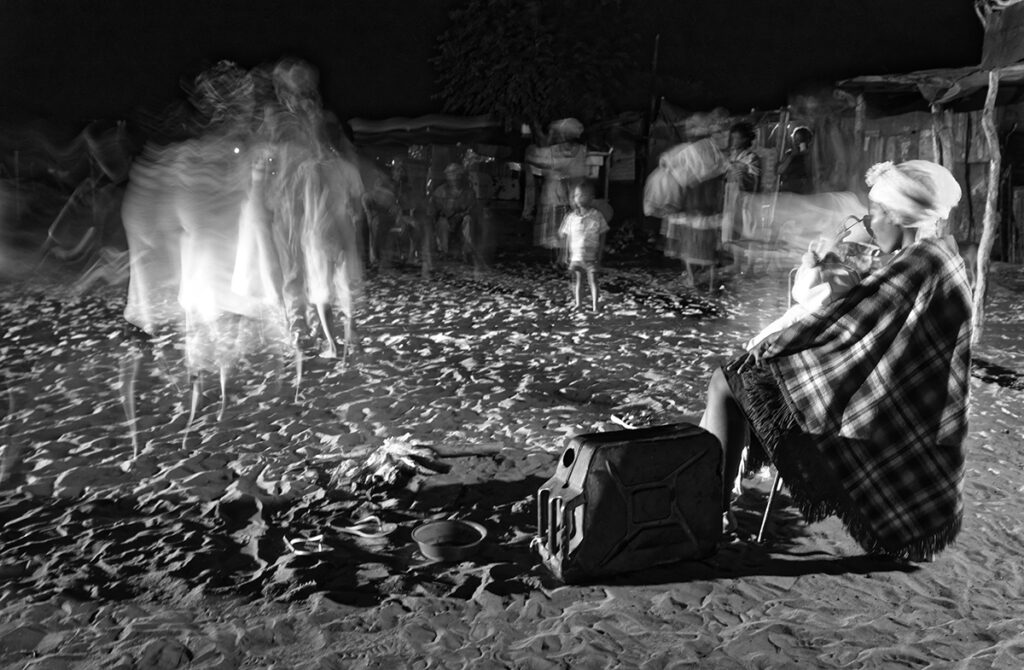 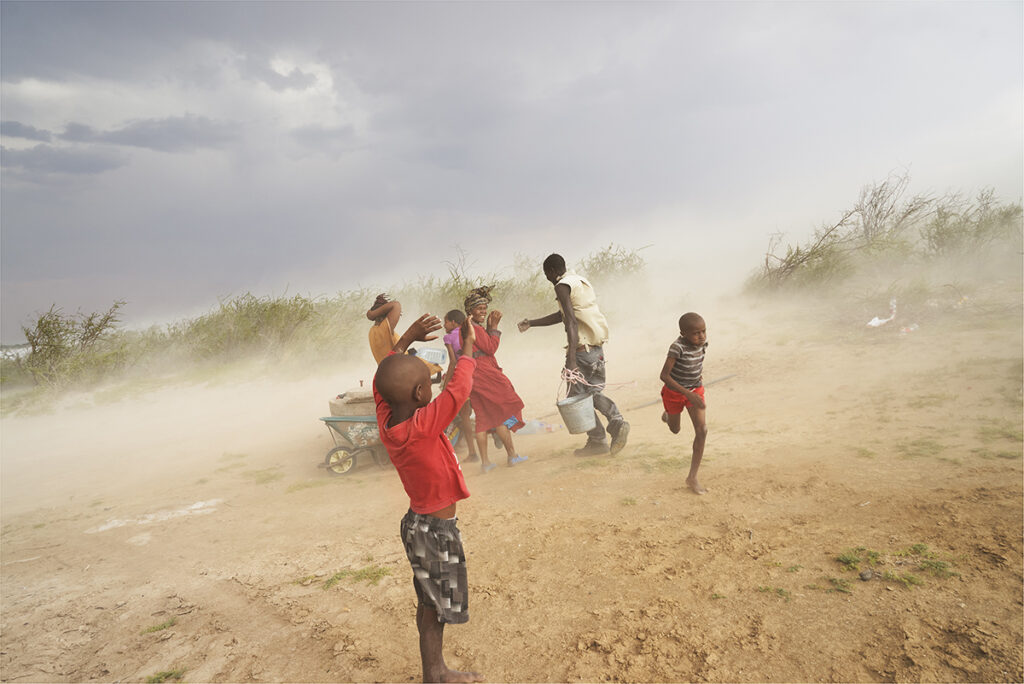 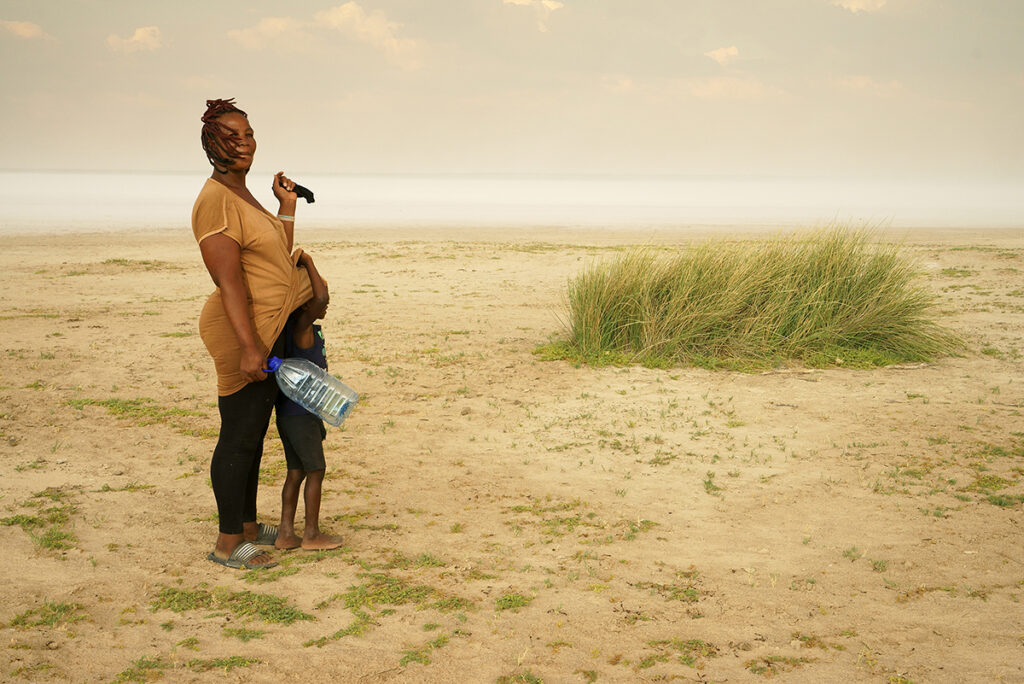 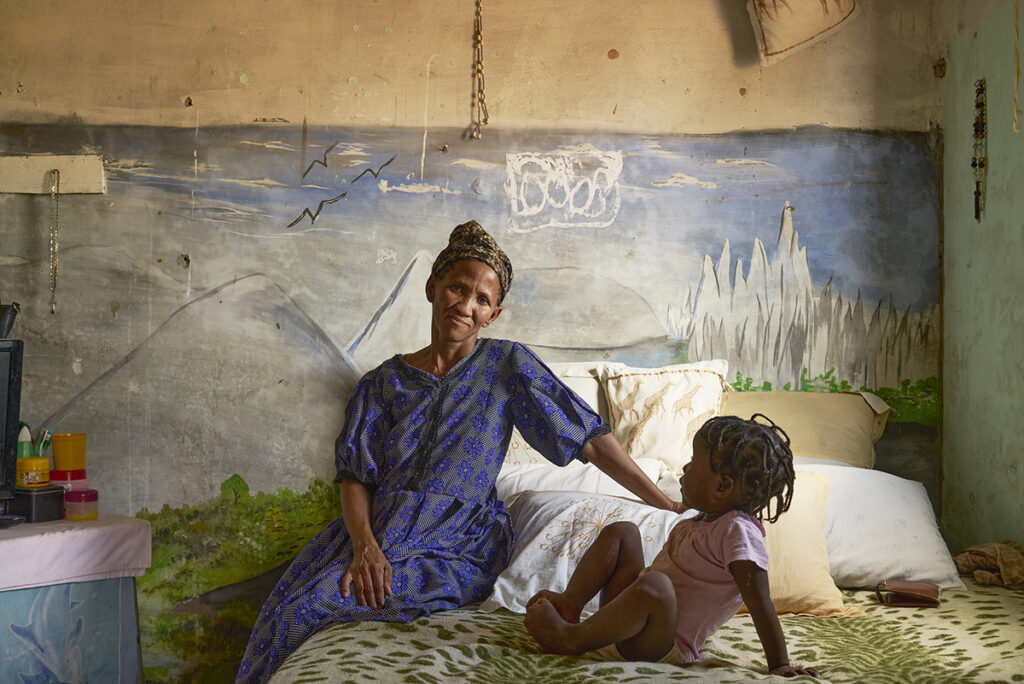 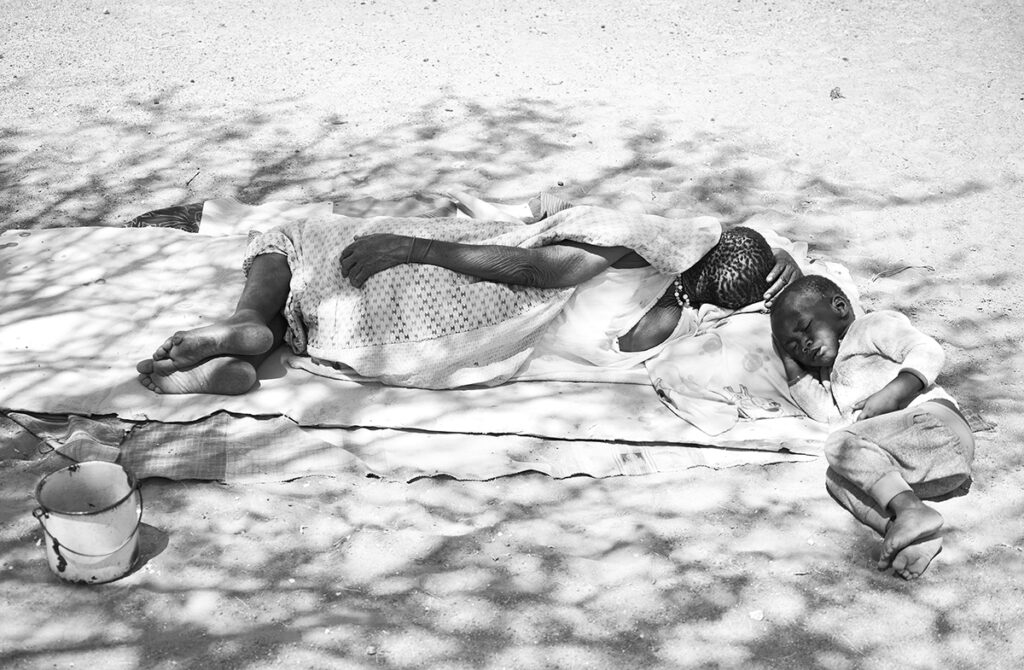 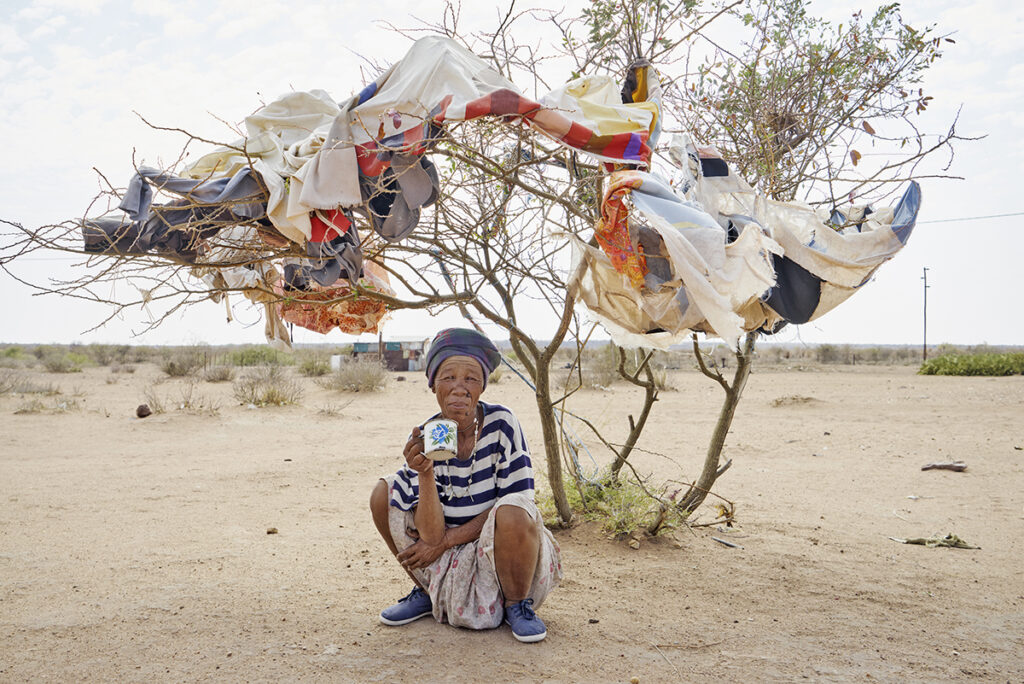 Margaret Courtney Clarke’s latest book When Tears Don’t Matter engages the lives of the remaining Bushmen[1] in the Kalahari in eastern Namibia.  She is interested in the people themselves, scattered Bushmen who eke out a living facing the daunting demands of the natural elements – including a seven-year drought – as well as the appalling bureaucratic neglect by a government which fails to honour its constitutional mandate to look after its peoples equally.

Courtney-Clarke, a veteran of the desert, may perhaps be likened to the 20th century war correspondent Martha Gellhorn who worked well into her 80s over a 60-year career to cover conflict zones in the Spanish Civil War, World War II[2], the Arab-Israeli conflict and the US invasion of Panama in 1990. Gellhorn’s writing does not mimic the machismo of her male colleagues, nor does it focus on the drama of war. Her voice speaks for the endurance of the ordinary in extraordinary circumstances; the daily run for bread or young women buying shoes ushered to the back of the shop to evade shattering glass during bombing. Courtney-Clarke’s work also speaks of courage of heart. She seeks out the small incidents of resilience in the larger crisis of survival.

I was pulled into this journey, albeit vicariously, as, sharing interests in art and environmental resilience, I became the recipient of many photographs produced en route that have now found their way into this work. I would receive text messages, terse indicators of the raw experience of the journey. A constant reiteration of ‘no water, no shade, no nothing….’, and the endlessness of the road ahead – “journey south will take 5 days in thick sand!…”, “100s kms in 4×4 low gear…bone rattling tough shit”. The impacts of the never-ending drought came through: “our campsite at Djokhoe…Nyae Nyae conservancy…destroyed few days ago by elephants. It doesn’t get bleaker than this…’. Her anger and sense of helplessness were palpable: “My heart cries out for these people” and later “desperately heartbreaking” – when she found “pockets of Bushmen here and there…all in search of water (many boreholes down and tanks ripped open by elephants). It’s hard to stay positive”.  She notes with typical directness that it’s “hard to ‘frame’ distance and space in this fuckallness”. “Re think. Re frame”.

How does she manage to keep on returning?   Because of the pain, she says; “the spirit of the people keeps me going…”. This is key to her work which, while recording a deprived people living on the barest of means, also reveals a resourcefulness and stamina for life.

Courtney-Clarke sees not with a detached, dispassionate eye, but a profoundly personal one. She is acutely aware of the legacy she embodies, the “baggage of childhood, apartheid… and her grandfather’s inability to change things”. Given photography’s dark role as a mechanism of imperial rule one could default to a place of easy critique of her forays into Africa. However, Courtney-Clarke, unlike many predecessors does not ‘look at’ her subjects from a distance, but ‘walks with’ them. She feels acutely, she gets heartbroken and outraged at the inequalities she sees and in response she gets active.

Courtney-Clarke has a special eye for the experiences of women who are celebrated here in their role not only as mothers, homemakers, gatherers and nurturers, but individuals who, in later life, hold sovereign dignity as matriarchs; no less regal under their shredded canopies than queens of old. In an extraordinary series of black and white photographs, women’s deep satisfaction in the ancient pleasures of smoking is palpably evident, as is their independence of being.

[1] Discussions around the politics of nomenclature are given in Rob Gordon’s essay – the term Bushman is used throughout this book as the preferred term by those represented here.

[2] Where Gellhorn was the only female to land with the Allied troops on the beaches of Normandy on D-Day. 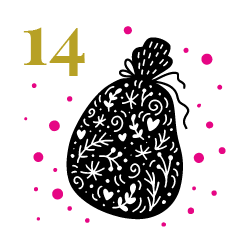 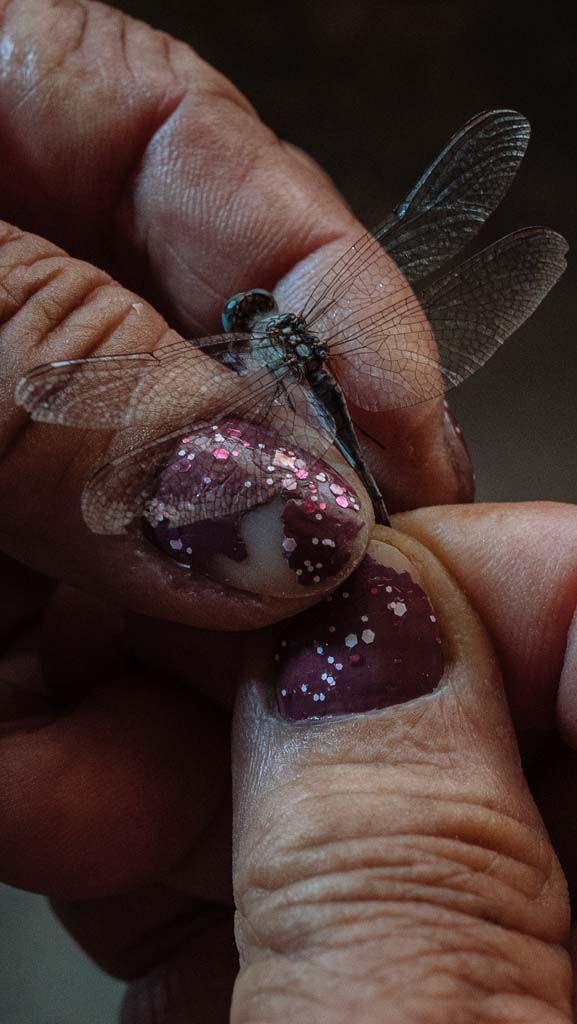 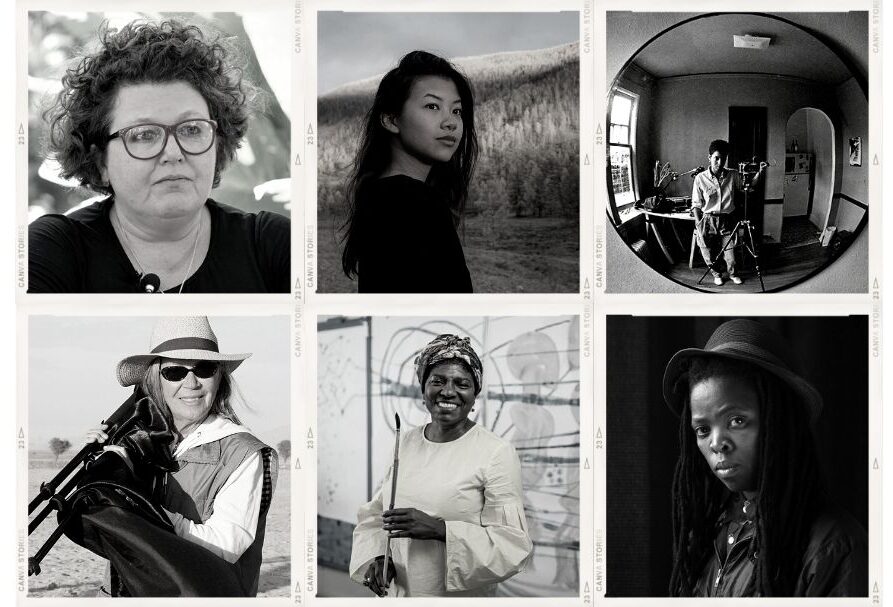 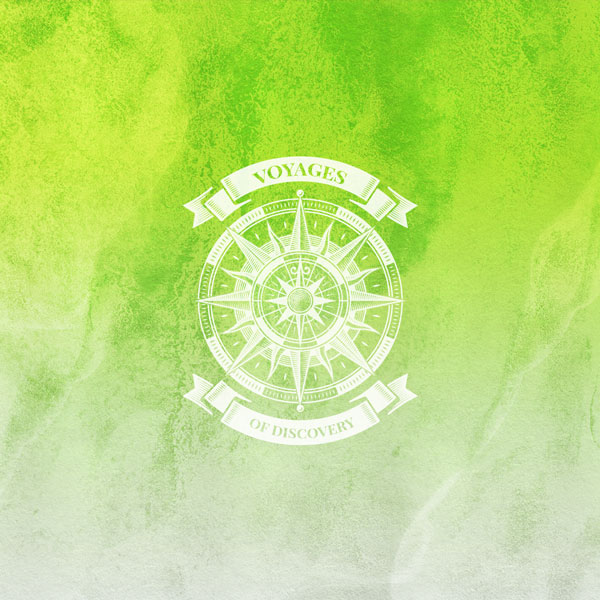 by Katherine Riley : “Everyday, we depend on nature for our survival.” - Martha Ntoipo, Conservation International Indigenous Leaders Conservation Fellow... 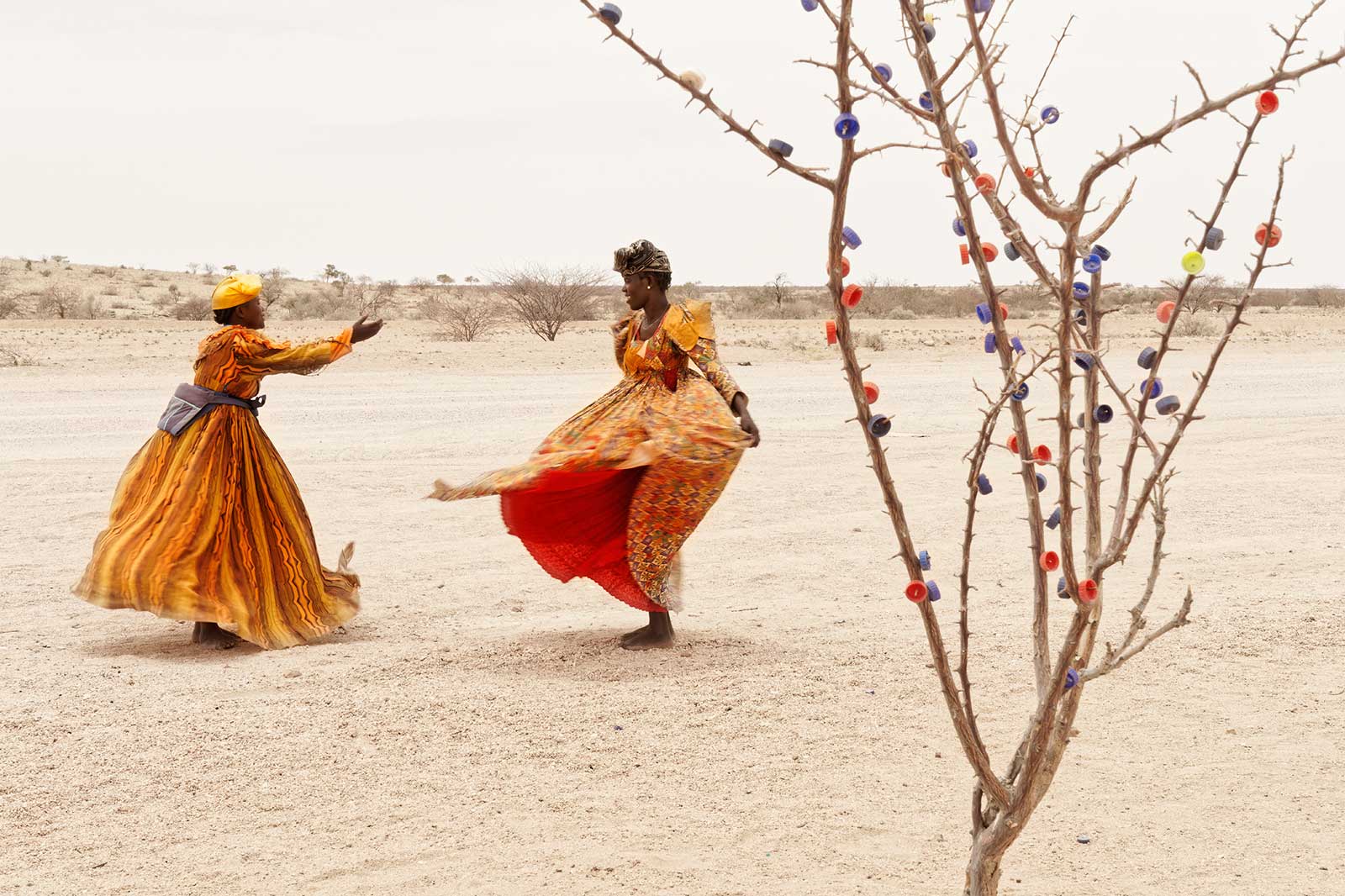 Cry Sadness into the Coming Rain

Margaret Courtney-Clarke shares her images from her return to Namibia....

Shortlisted for the 2019 Prix Pictet, Margaret Courtney-Clarke talks about her work since her return to her homeland in Namibia....