Cry Sadness into the Coming Rain

Margaret Courtney-Clarke was born in Namibia in 1949. After studying art and photography in South Africa, she spent the next four decades working as a photographer between Italy and the USA and across the African continent. Drawn to remote places, Courtney-Clarke has produced numerous award-winning books and her work has been exhibited and collected worldwide. Most recently, she was shortlisted for the 2019 Prix Pictet. 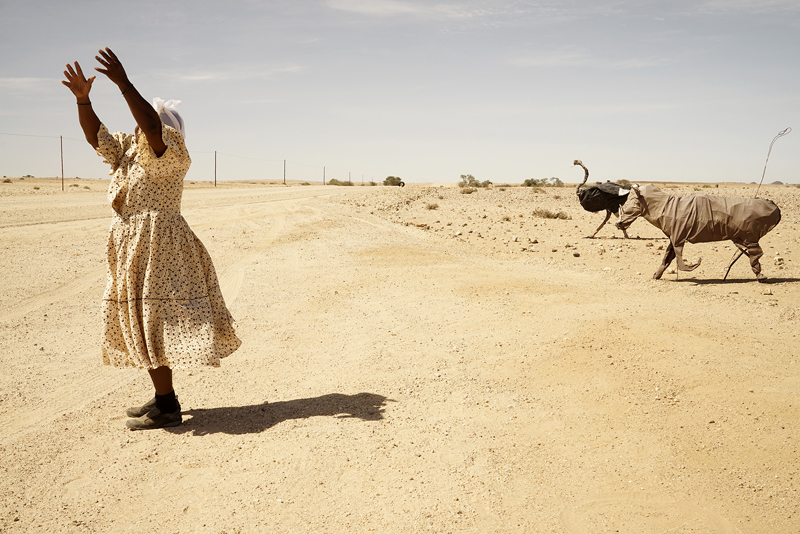 In an attempt to flag down a tourist vehicle, Alexandrine Hanabis, reaches out. Tsiseb Conservancy, Namibia – January 2019 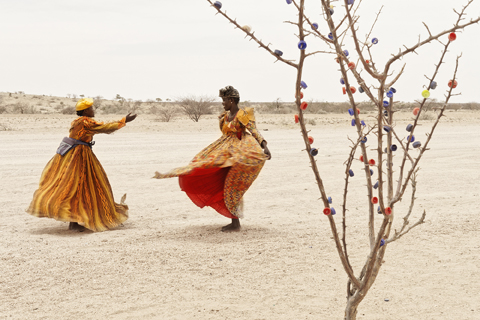 In an attempt to flag down tourist busses Emsi Tjambiru and Beverly Tjivinde dance on the dusty road near their craft stall. C35 Khorixas district, Namibia – October 2017

Cry Sadness into the Coming Rain (2017) marked a new phase in Courtney-Clarke’s photography. When she returned to re-establish a home in Namibia in 2009, the landscape once so familiar to her was undergoing rapid transformation, with intense rural–urban migration by those in search of a better life. In Cry Sadness, Courtney-Clarke turns her lens on the aspirations of the poor in their search for human dignity, on their quest for shelter in a ravaged land and on the environment in crisis. In his foreword to the book, David Goldblatt writes “[the photographs] are eloquent of raw existence and offer faint glimmers of hope, of life scratched from an appallingly inhospitable terrain in the face of overwhelming societal transition. Yet these photographs attain a searing grace which is in no sense false to the reality but is, on the contrary, a rare synthesis of what is there with an intensely heightened and uncompromisingly honest vision”. 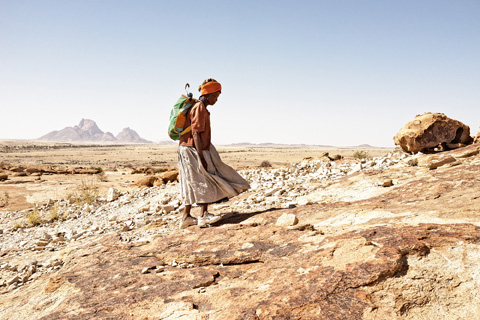 Liskien Gawanas on her way to the community aquifer, a daunting journey on foot up a rock sentinel and a gruelling descent underground. In 2016 the aquifer dried up. Erongo Region, Namibia – June 2015 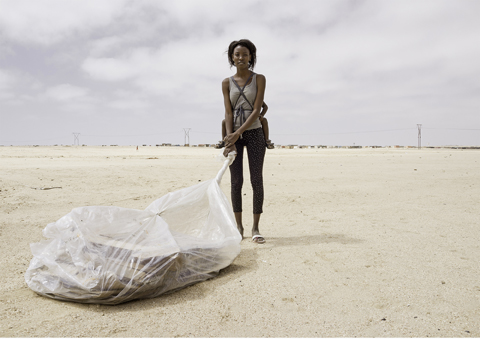 Ashanti Gaises was born and raised in Khorixas in north-eastern Namibia and has moved south with her baby in search of work. She drags a bag of cardboard boxes from an illegal dump on the outskirts to the Displaced Refugee Camp. Swakopmund, Namibia – March 2014

Namibia is steeped in histories dating from the earliest inhabitants – Khoi, Bushmen, Herero, Namaqua, Damara et al to German occupation, to the South Africans and apartheid, and now to ‘liberation’ and statehood – a nation of diverse peoples and cultures in a vast land of seeming nothingness and unparalleled light.   It is rapidly shifting towards foreign popular culture. The momentum of urban development has triggered local populations to migrate from rural dwellings to the fringes of urban areas where they have settled on deregulated land – often falling prey to crime, alcoholism and abuse. I seek out the traces of their passing on the land.

Cry Sadness into the Coming Rain is a record of this social process, which has always hinged on the fragility of hope. It is about this space, these people, my place among them, and my existence at this time of my life. 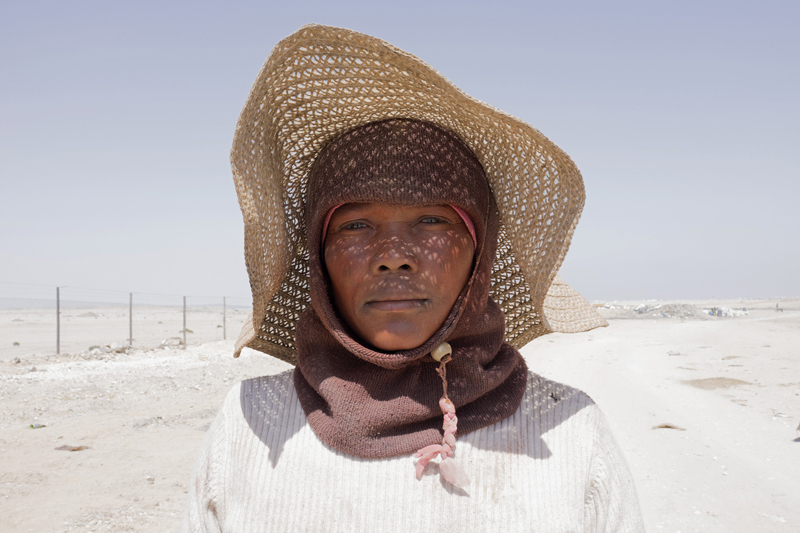 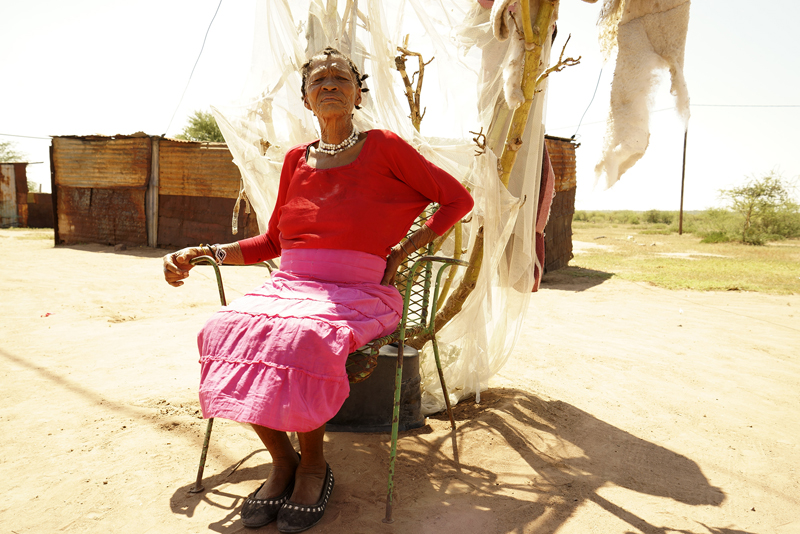 The existential world of the people I photograph is located in an unforgiving environment where life is precarious: little or no rain, scarce water and food, people abandoned by their government and forced to migrate to flee the emptiness … Their only anchor is the expectation that life will persist against these odds.

I keep returning to the women and men I have met, photographing them anew as they share their unfolding stories. Every form of human existence and of Nature, in its infinite variety, has wonder at its very core, and it is our ‘openness’ to the world that makes us both free to create in it and, at the same time, be responsible for our creations. In the desperateness of what is revealed on this landscape, I photograph what I care about – human intrusion, passage, negligence, waste, destruction and intervention. 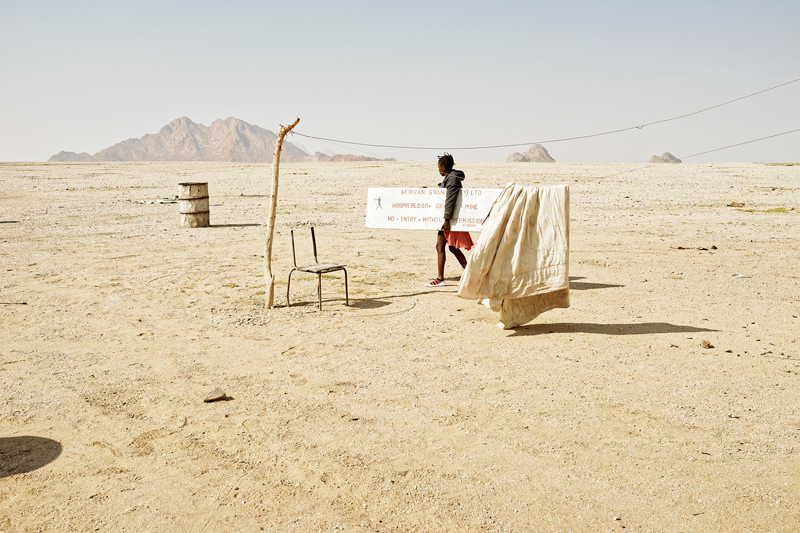 Sara Swartbooi carries a sheet of scrap metal (“hoopverloor/lost hope”) to build a shelter near a gravel road from where she will sell semi precious stones to the occasional passerby. D1918, Erongo Region, Namibia – July 2015 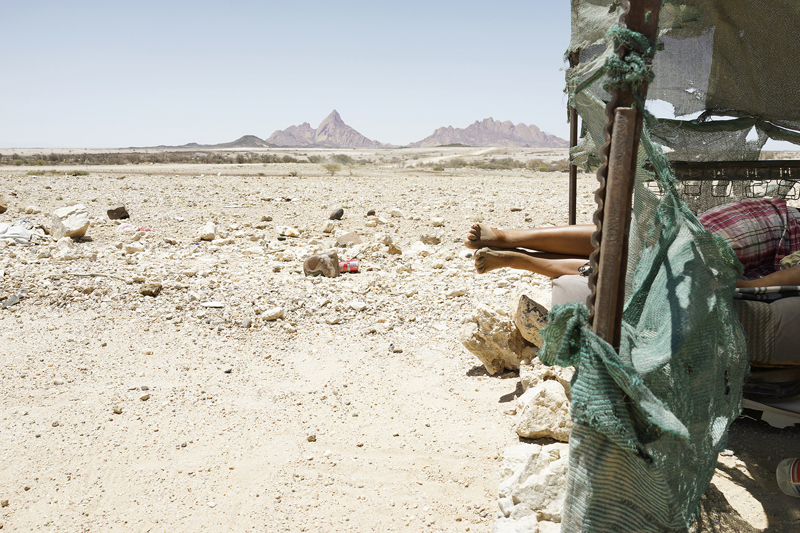 Dorothea and her daughter Elneray take a nap in the shade of their roadside stall. Black Ranch, Pos #2, Spitzkoppe, Namibia – January 2016 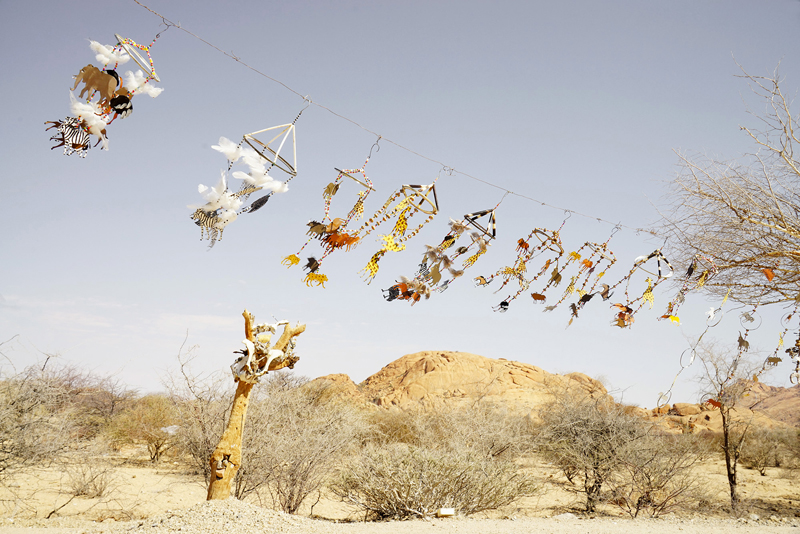 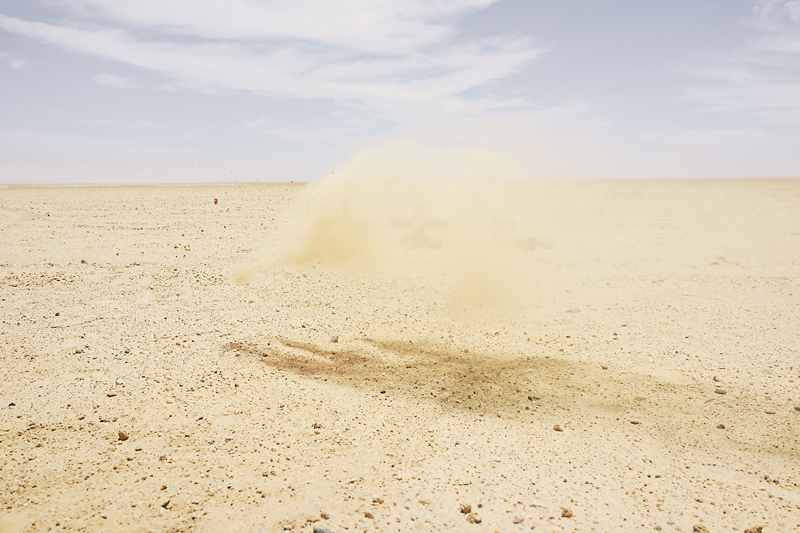 My art derives from this space, the point where freedom meets responsibility, rationality meets imagination and self meets other. This silent point is the source of all that is humanly significant.  My own motivation is to find a place here among my fellow people, building relationships over time that allow me to discover, against the seared backdrop, their hidden world of nurtured aspirations, the embodiment of hope. 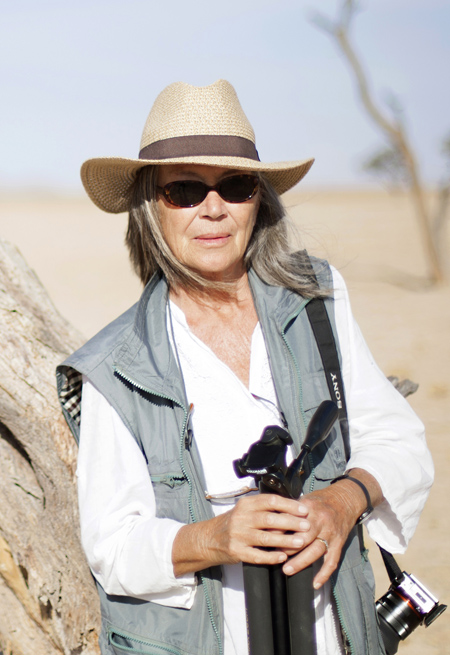 Cry Sadness into the Coming Rain is available from
Steidl