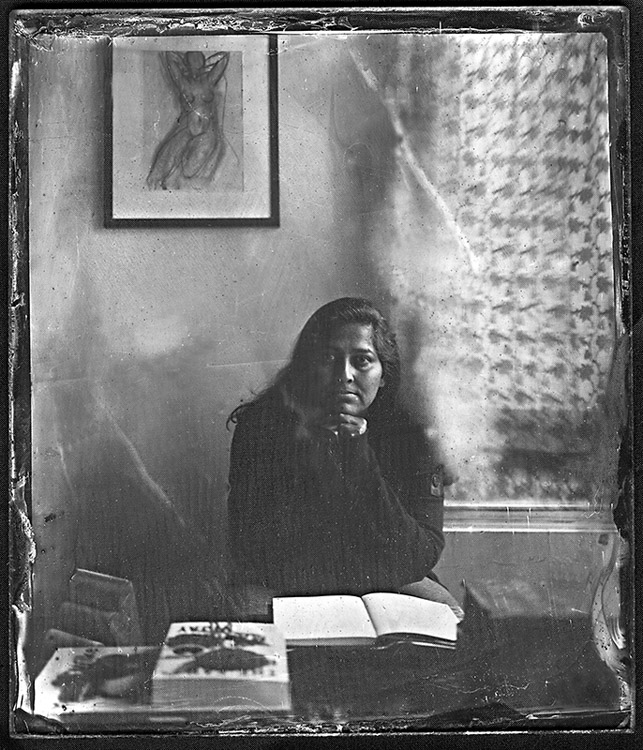 Anita Khemka (b. 1972) read English Literature from Delhi University and Visual Merchandizing from La Salle, Singapore before she decided to become a photographer in 1996.

Her photographic praxis has since been a constant endeavor to find meaning in the relations with the people in her life and their identities as people, ideas or communities. As a result she has closely followed the lives of socially marginalized and excluded groups and communities — abandoned widows, people with intellectual disability, addictions, HIV and AIDS, political minorities, sexual and gender minorities.

Anita’s work dealing with alternative sexuality was made into a German film Between the Lines – India’s Third Gender in 2005. It premiered at the Locarno Film Festival in 2005 and was a winner in all the categories at the River to River Film Festival, Florence in 2005. It also won awards at various festivals such as TLGFF Torino 2005, Max Ophüls Film Festival 2006, CGLFF Copenhagen 2006 amongst others. Her project, Sweet Sixteen (2006), portraits of sixteen-year-olds is included in a book, IMAGINING OURSELVES: Global Voices from a New Generation of Women. The series, Self-Portraits has been included in a group exhibition, Watching Me, Watching India at the Fotografie Forum International, Frankfurt (2006), in the Photoquai Biennale at the Musée du Quai Branly, Paris (2007), The Self and The Other – Portraiture in Contemporary Indian Photography for the Palau de la Virrenina and Artium in Spain, Where Three Dreams Cross: 150 years of photography from India, Pakistan and Bangladesh at White Chapel, London (2009).

With her latest works, she has collaborated with her partner Imran Kokiloo. Kashmir (2016—on going) has seen a shift in her approach to include written text, found images, sounds and alternative image techniques to represent what she best believes to be her visceral convolutions to her introduction to Kashmir through her partner. A part of this work has since been exhibited at the 2018 edition of FotoFest International in Houston. The Covid-19 pandemic resulted in Shared Solitude (2020—on going), a series of family portraits removed from both the studio as well as the familiar surroundings of home.

Anita headed the photography department at the Sri Aurobindo Centre for Arts and Communication (SACAC) from August 2015 until February 2019 and is currently engaged with The MurthyNAYAK Foundation to work on their website PhotoSouthAsia which will come live in early 2021.

Anita Khemka lives in New Delhi and is represented by PHOTOINK. 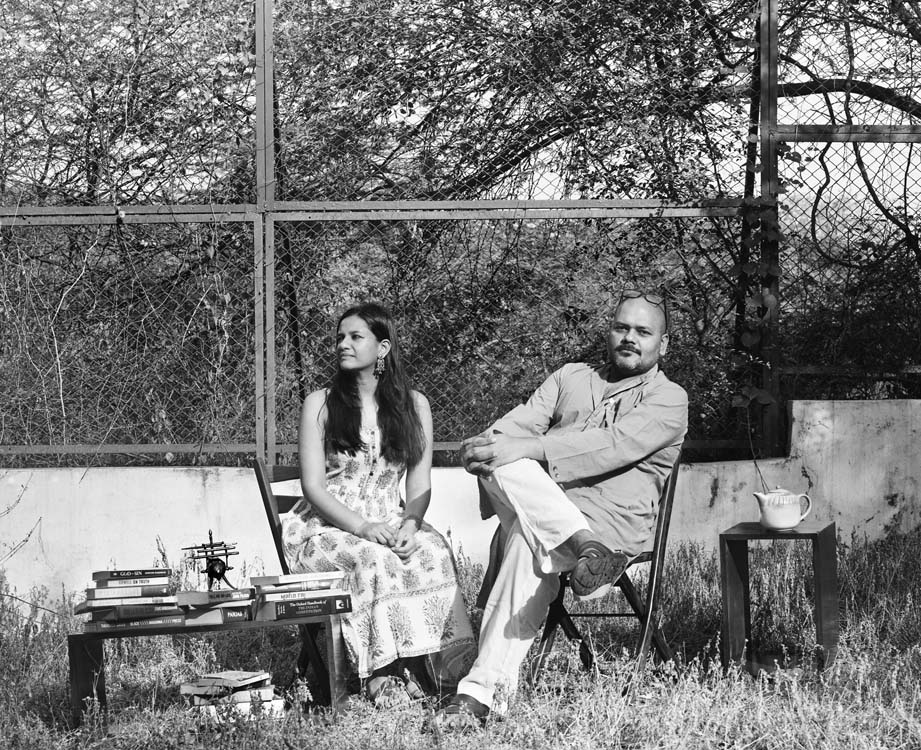 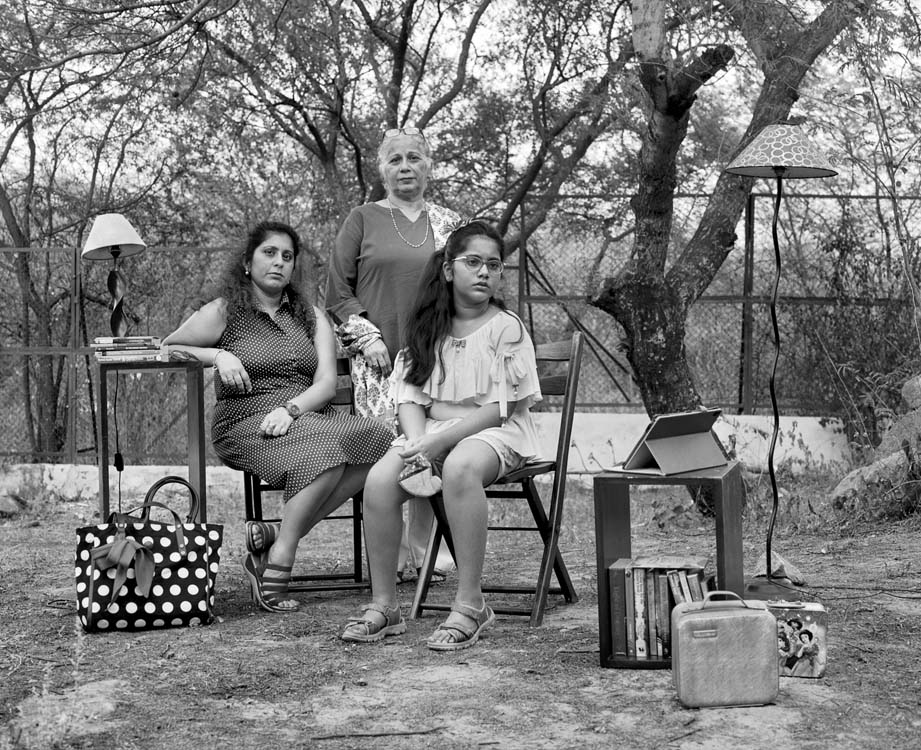 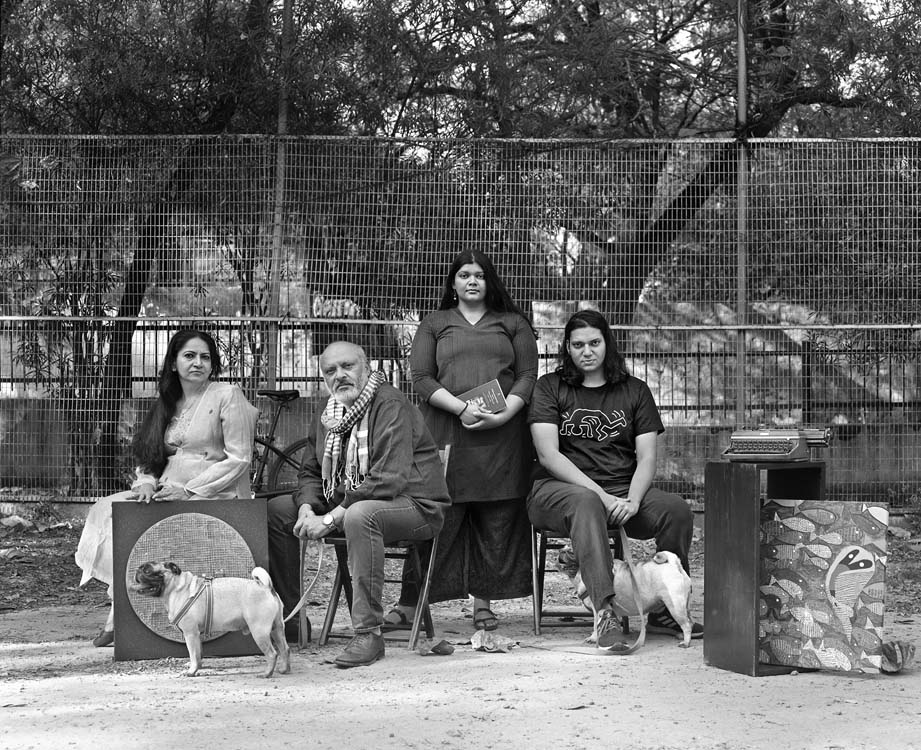 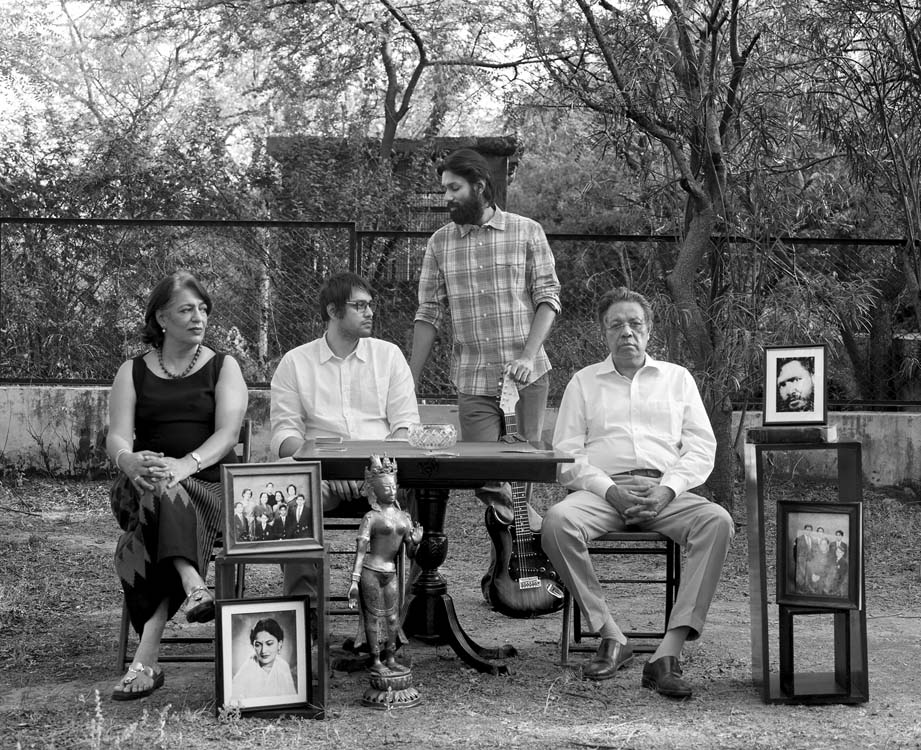 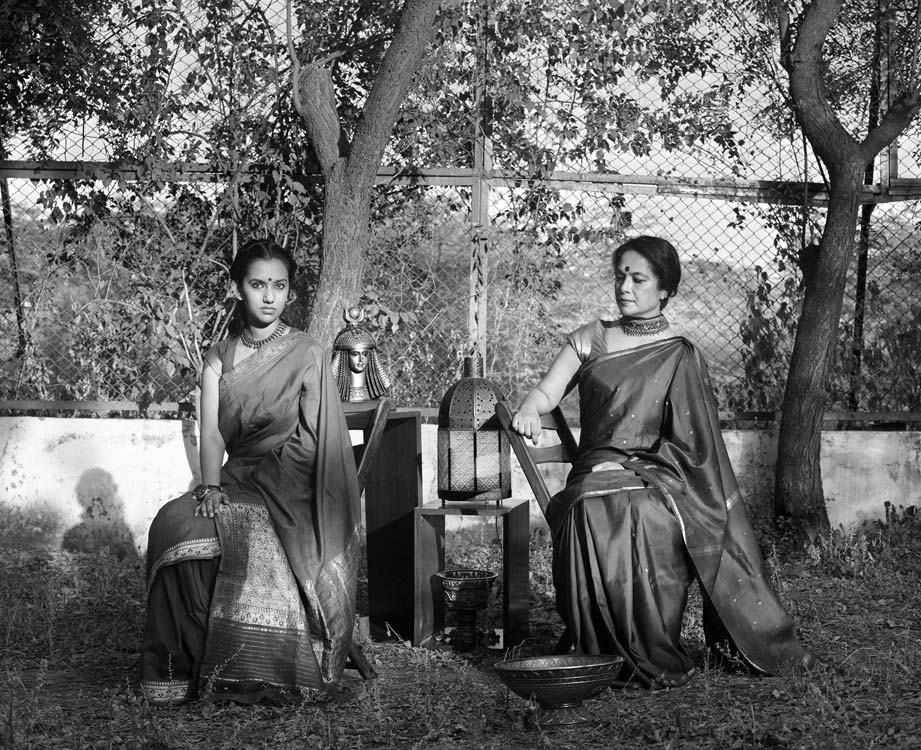 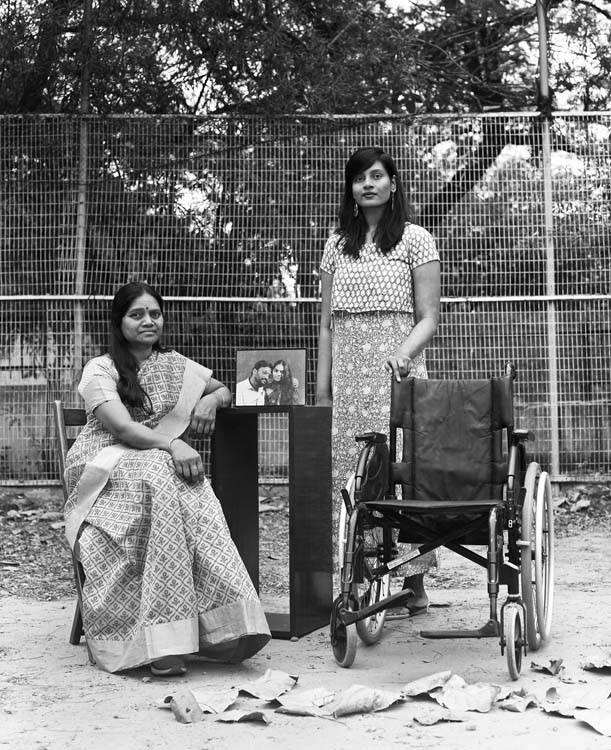 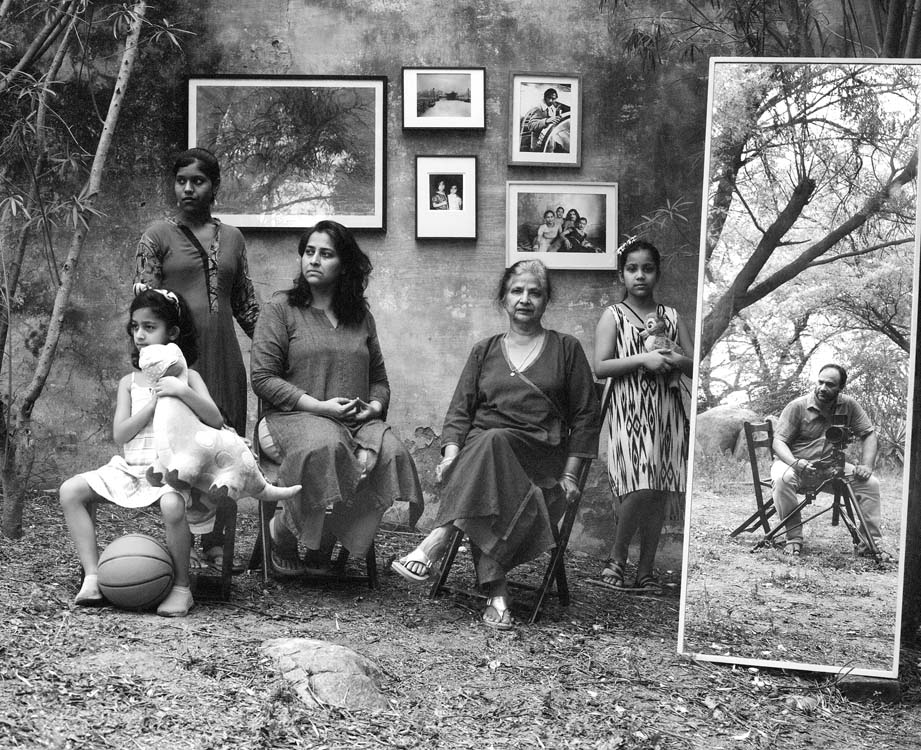 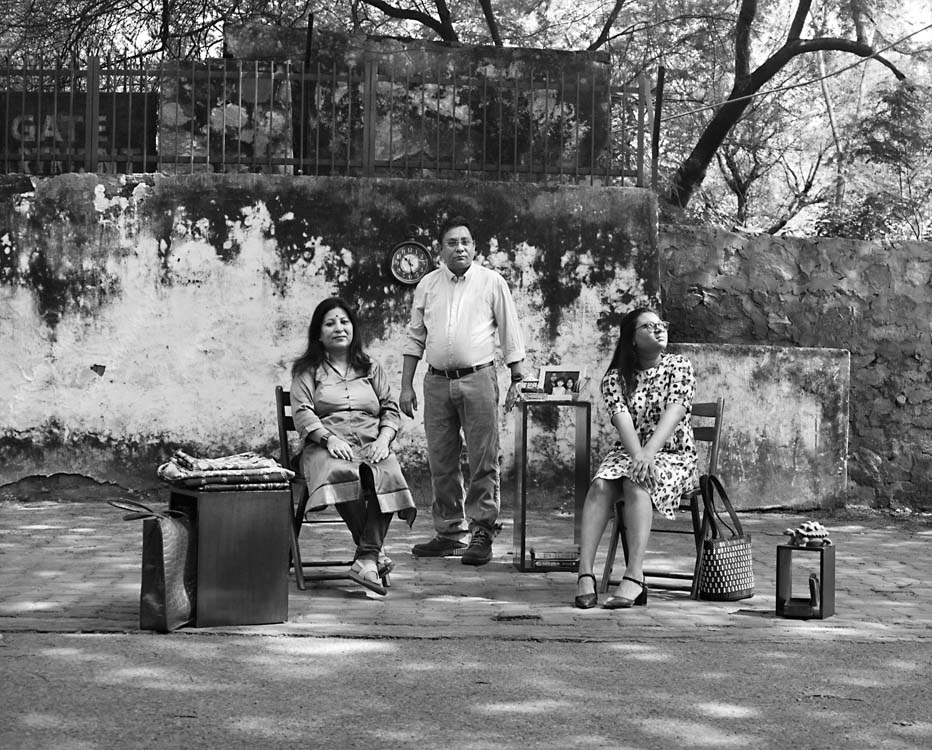 “The idea for this work developed from the missing structure of our normal family at the beginning of the COVID-19 pandemic lockdown. Imran was left alone with our daughters at home as I went with my mother for her emergency surgery and post-surgical recovery. This away time got further extended as we moved into a self-imposed quarantine for two extra weeks after the hospital discharge. Imran left alone, struggled to find the right balance to deal with his aging parents who live on their own 1600 miles away, an absent partner, and two daughters who could not understand why life around them had taken this sudden bizarre turn.”

Read more about Shared Solitude in this interview between Anita Khemka, Imran Kokiloo and Critical Collective. 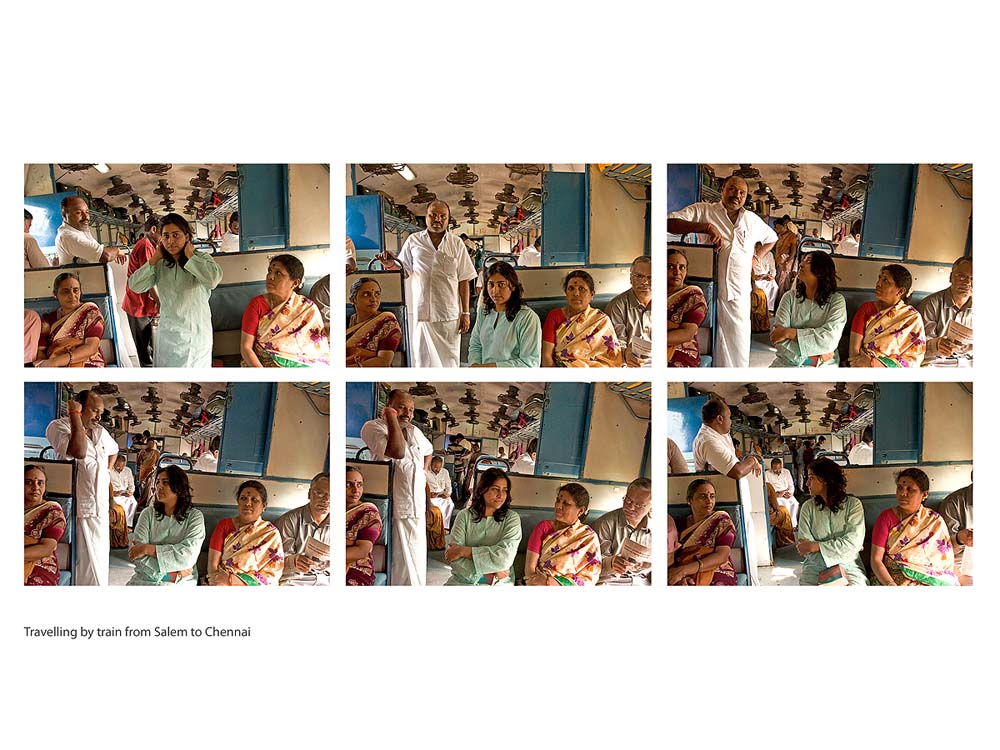 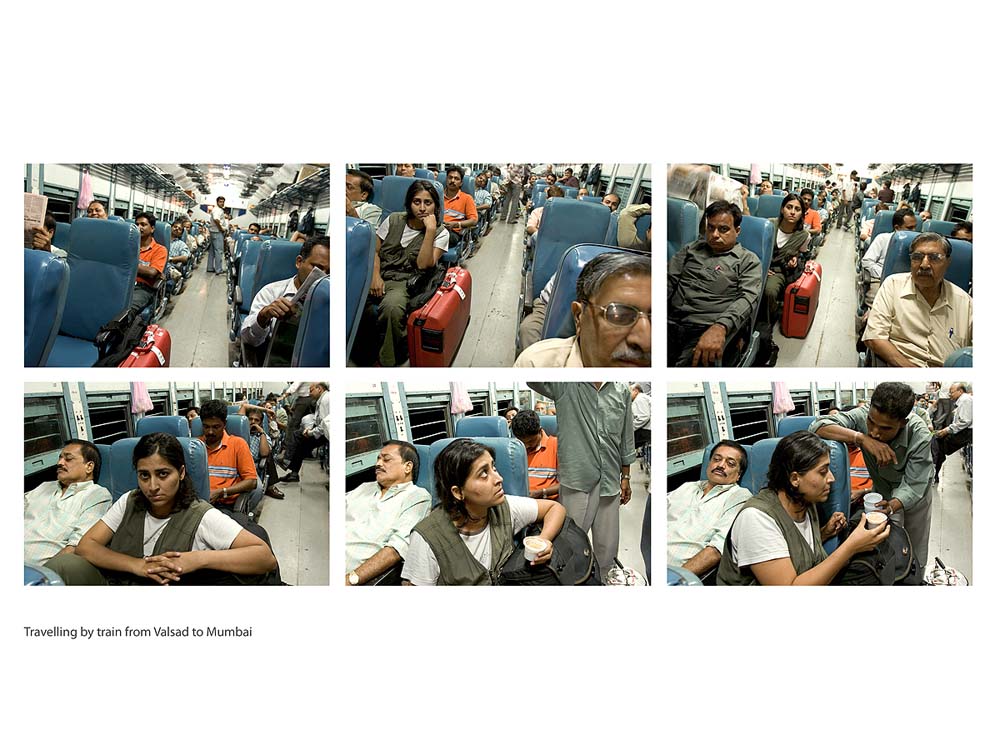 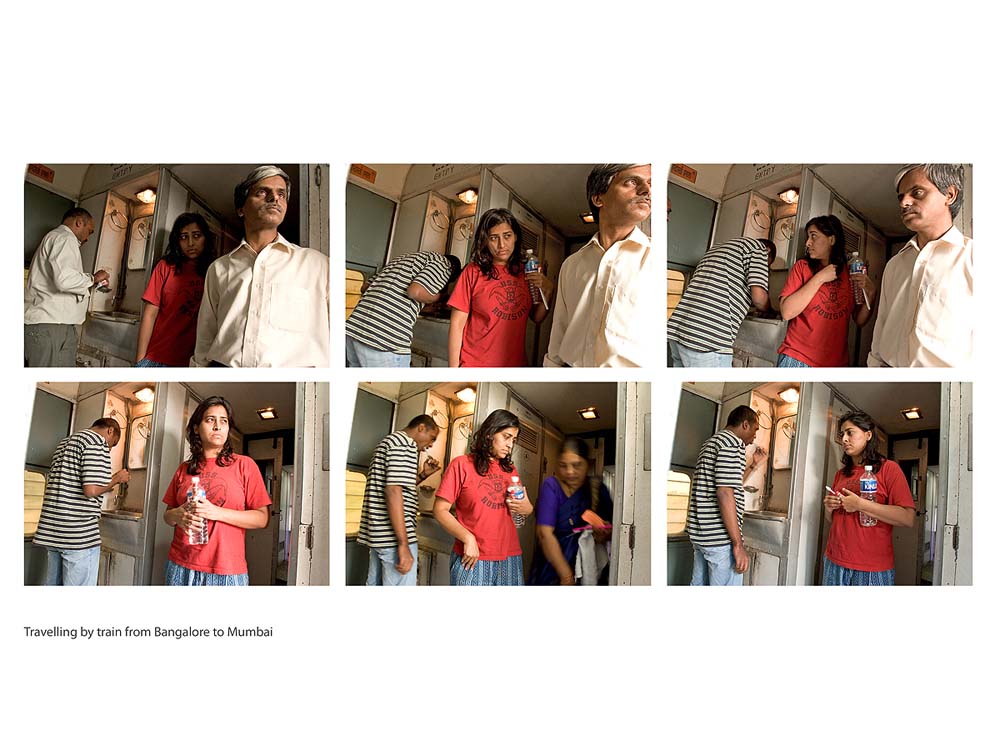 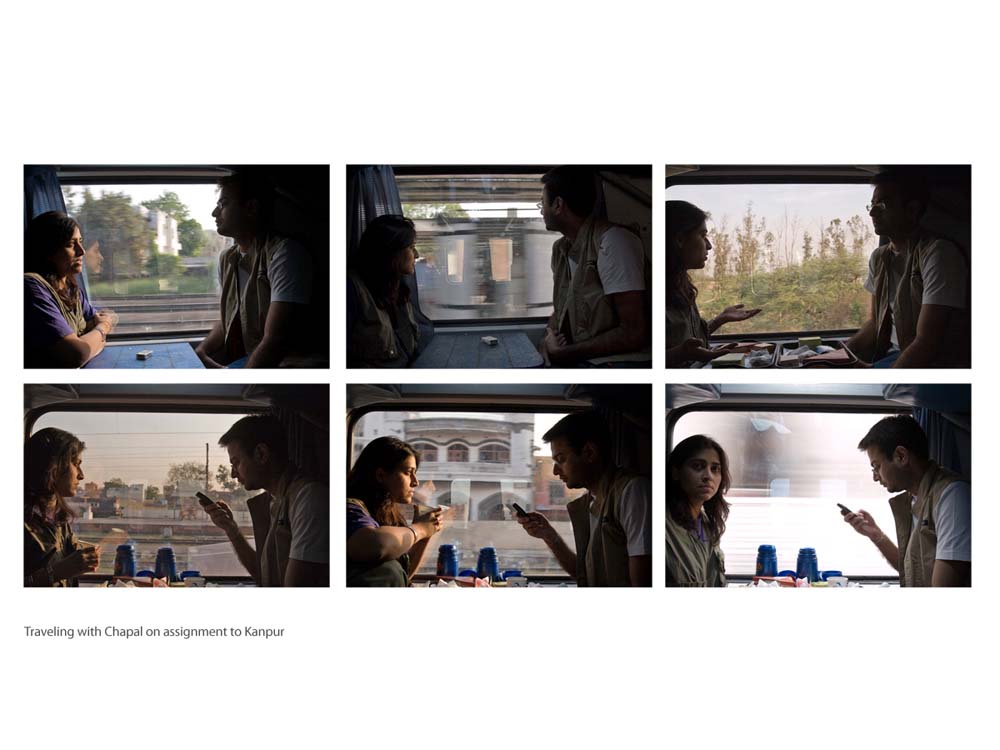 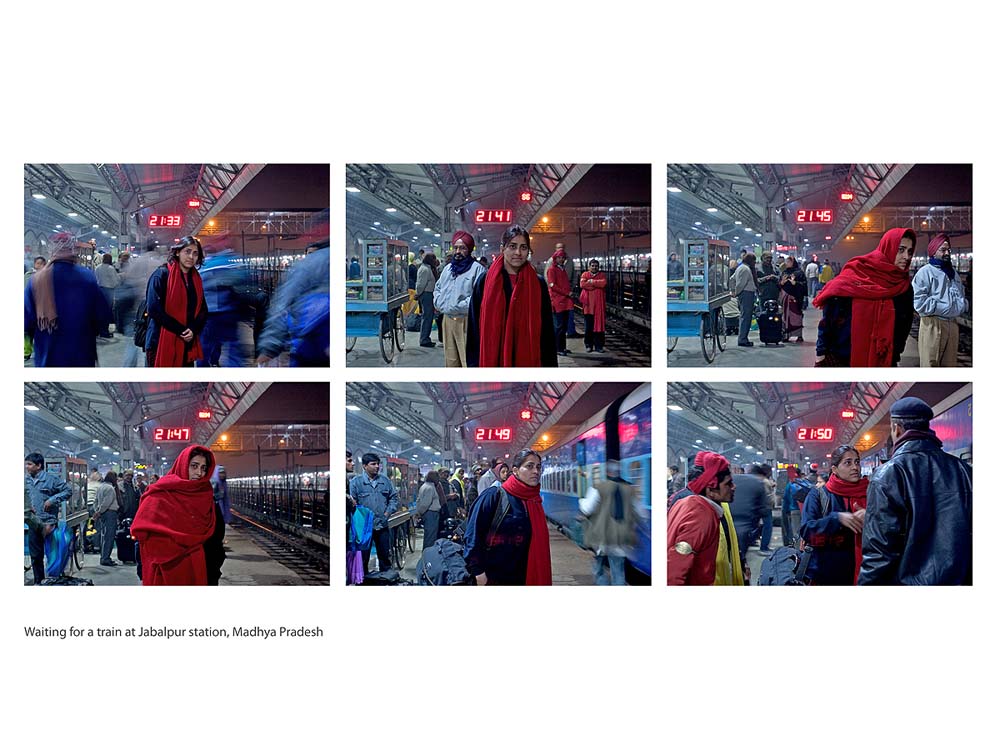 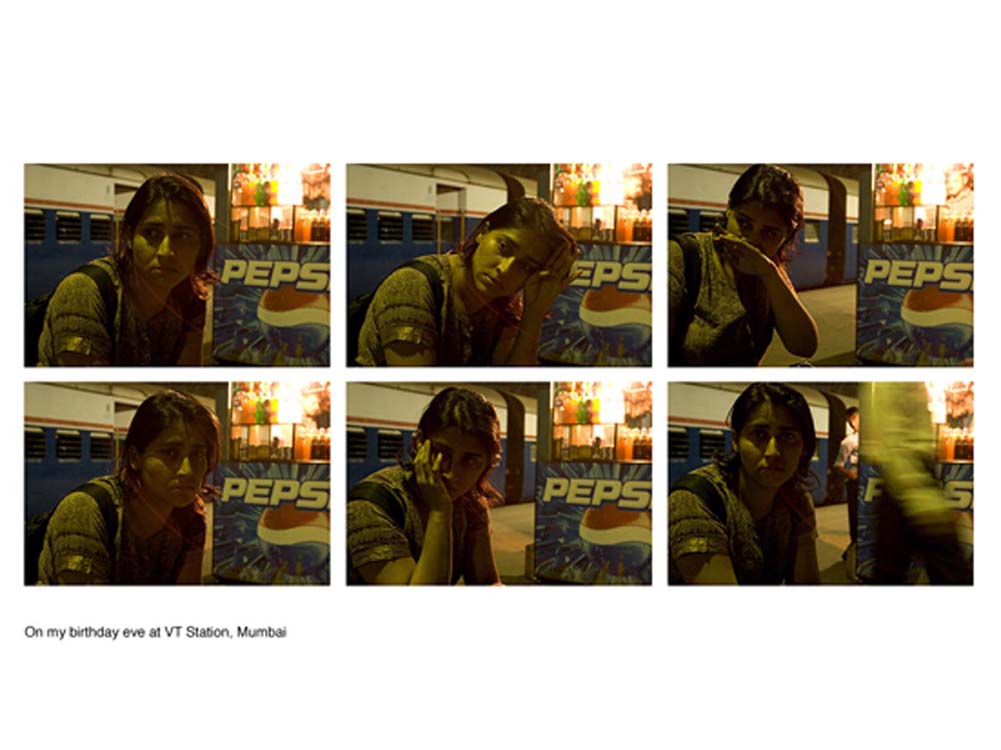 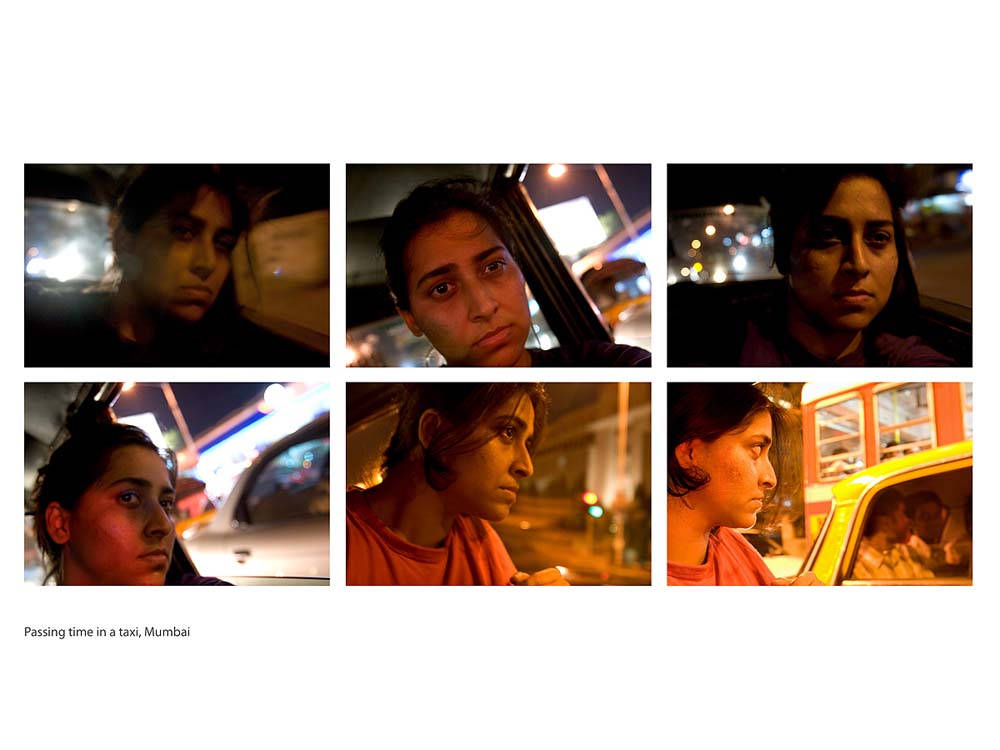 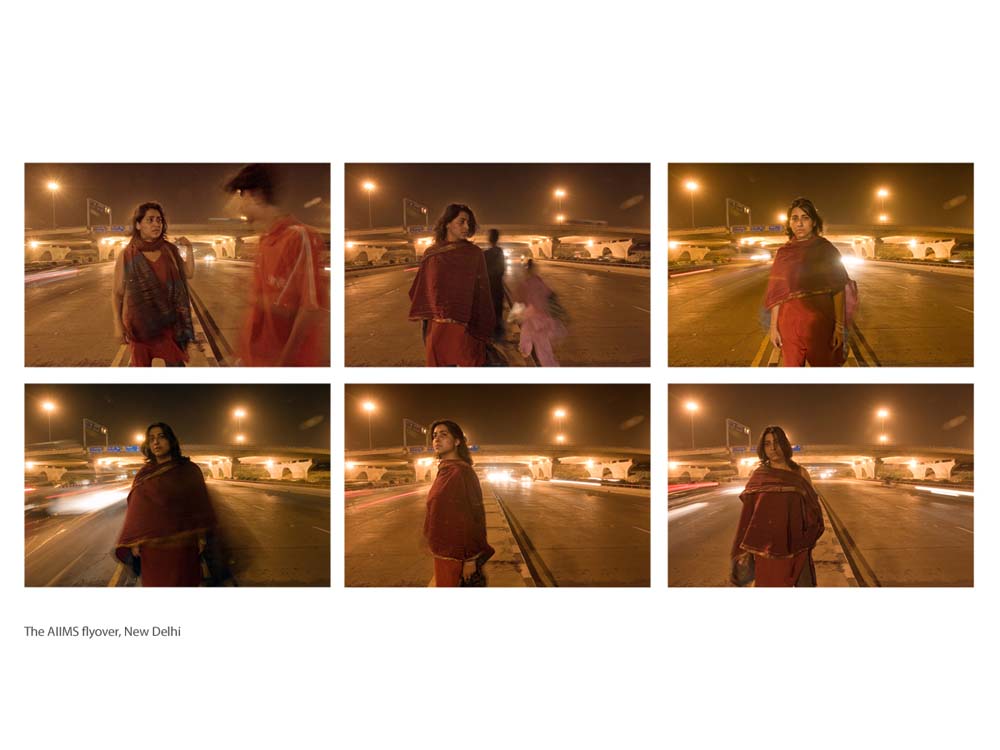 Having photographed ‘the other’ for a decade, I turned the camera on to myself in an attempt to erase and ease a personal crisis that took over my life in 2005. The result has been a series of self-portraits while traveling in different parts of India. During the countless hours spent in trains, cars and at stations, I produced these series of staged images with a view to preserving the various phases of melancholy I was going through. Train journeys afforded certain anonymity and became sites to negotiate my crisis amidst fellow travelers. All this while I had been engaging in the emotional life of the ‘other’. Now I became for the first time the subject of my own camera. It was a different experience, of looking and being looked at.

These private photographic records, taken in public spaces, sometimes also contain the curious, questioning looks of people who happened to be present while the images were being taken. Despite the unusual nature of the whole process, it had a cathartic effect. I use repetition of the frame in each series to reinforce my desolation and isolation from my real environment. 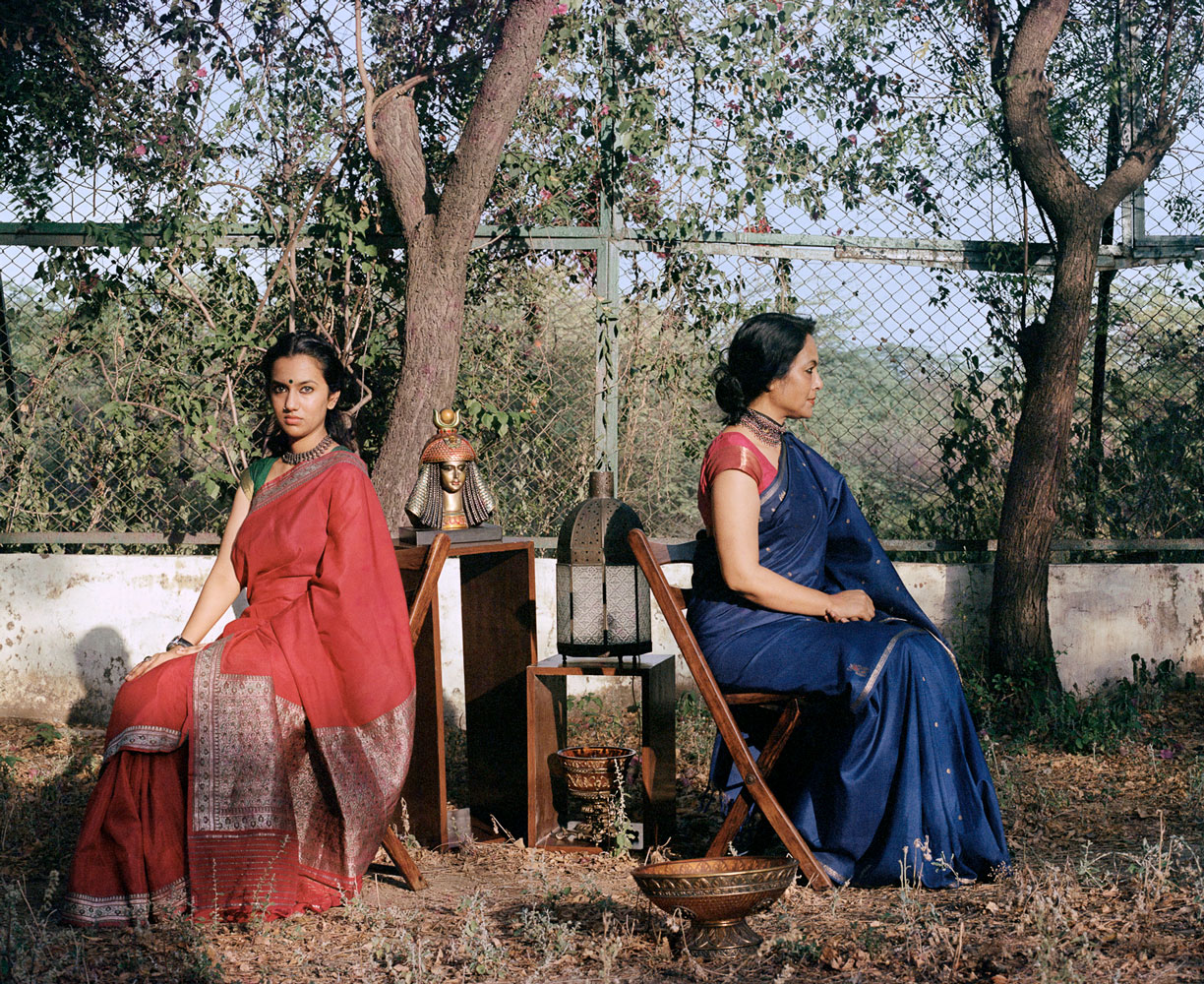 On 24th March 2020, Indian Prime Minister Narendra Modi called for a national lockdown in the country for 21 days in an effort to contain the COVID-19 pandemic.  With just four hours’ notice, Mr Modi announced that no one could leave...

Heroine Anita Khemka discusses her work with the hijra community in India, her 17 year relationship with muse Laxmi, and her artistic process...

Anita Khemka: "I turned the camera on to myself in an attempt to erase and ease a personal crisis that took over my life in 2005."... 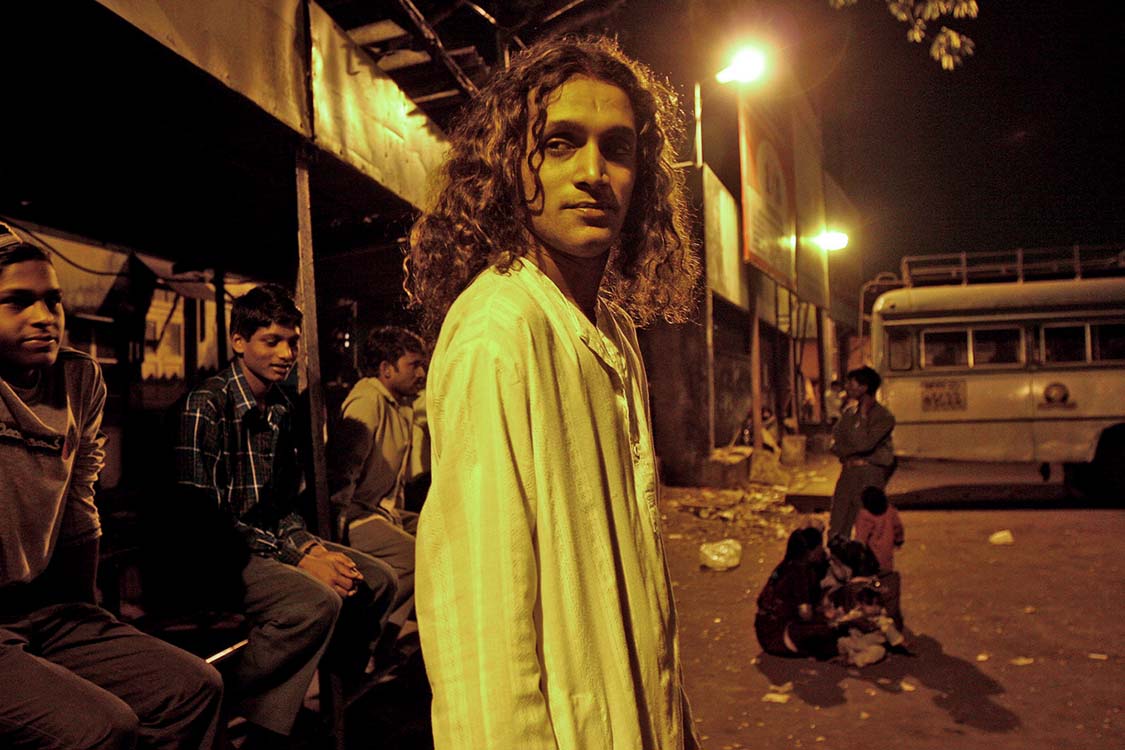 Anita Khemka's documentary on Laxmi, a hijra who became a lifelong friend....