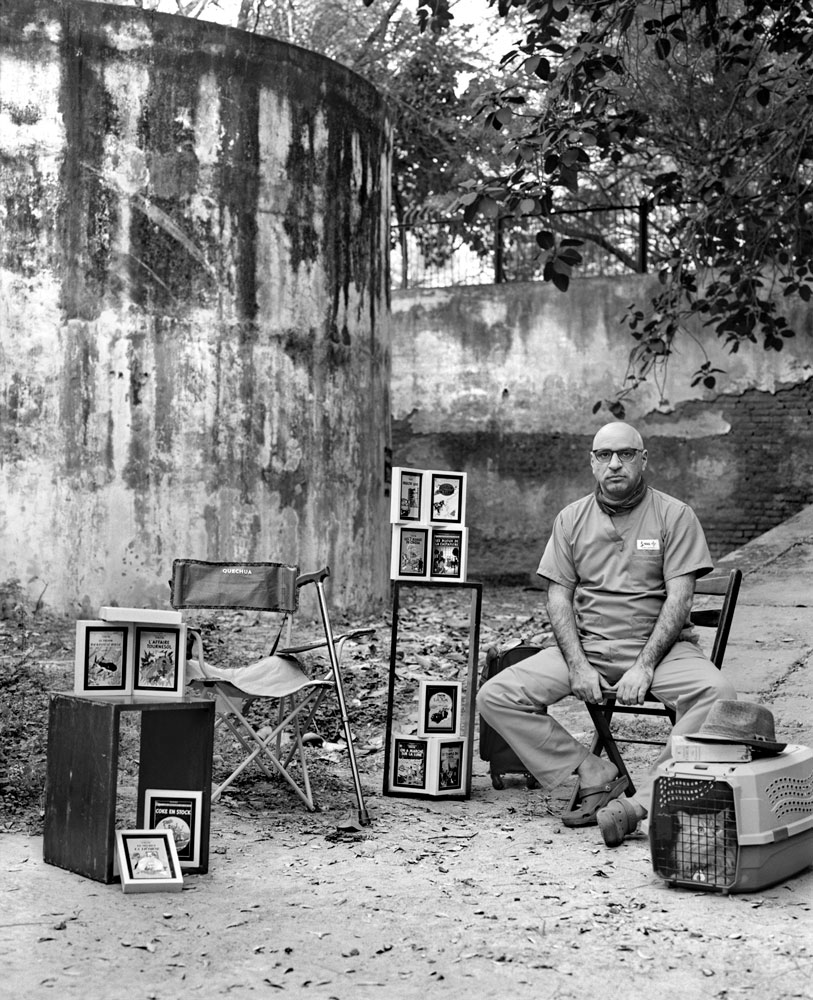 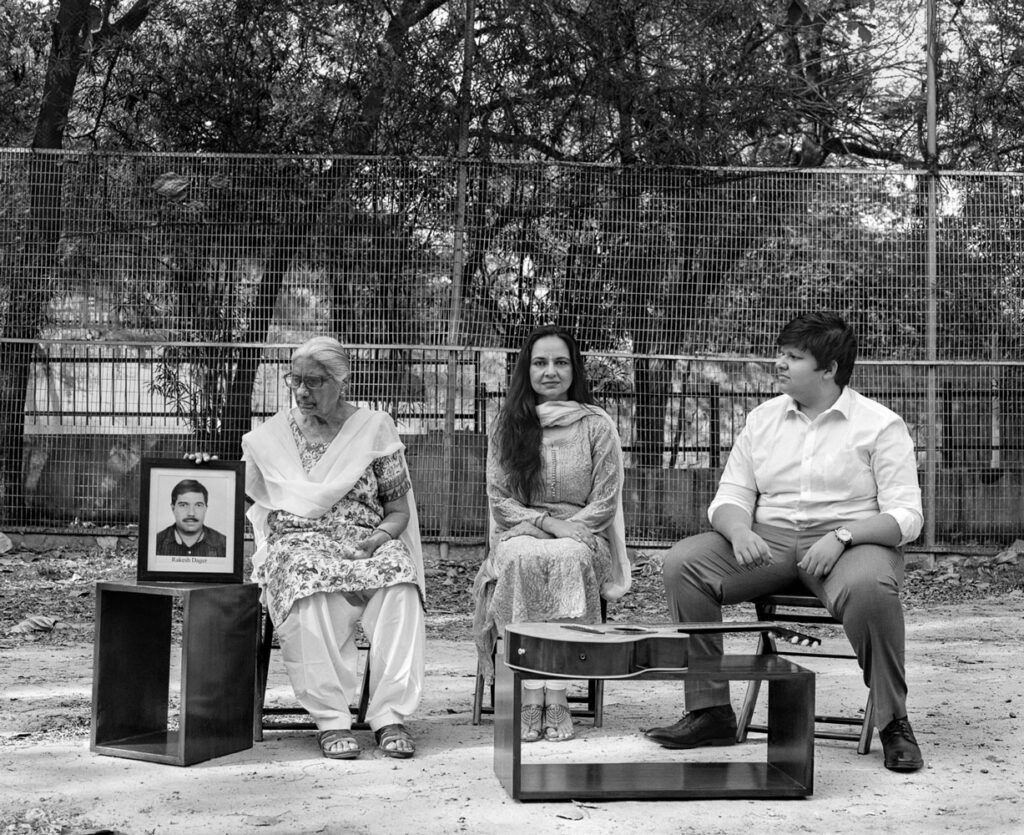 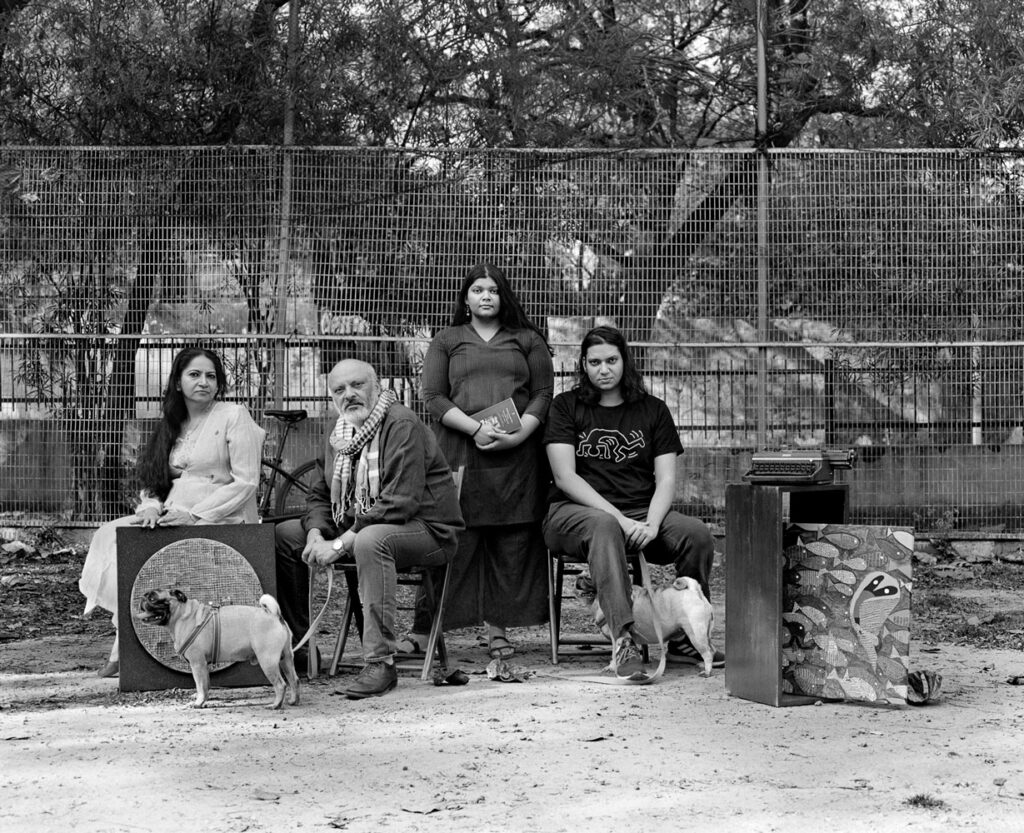 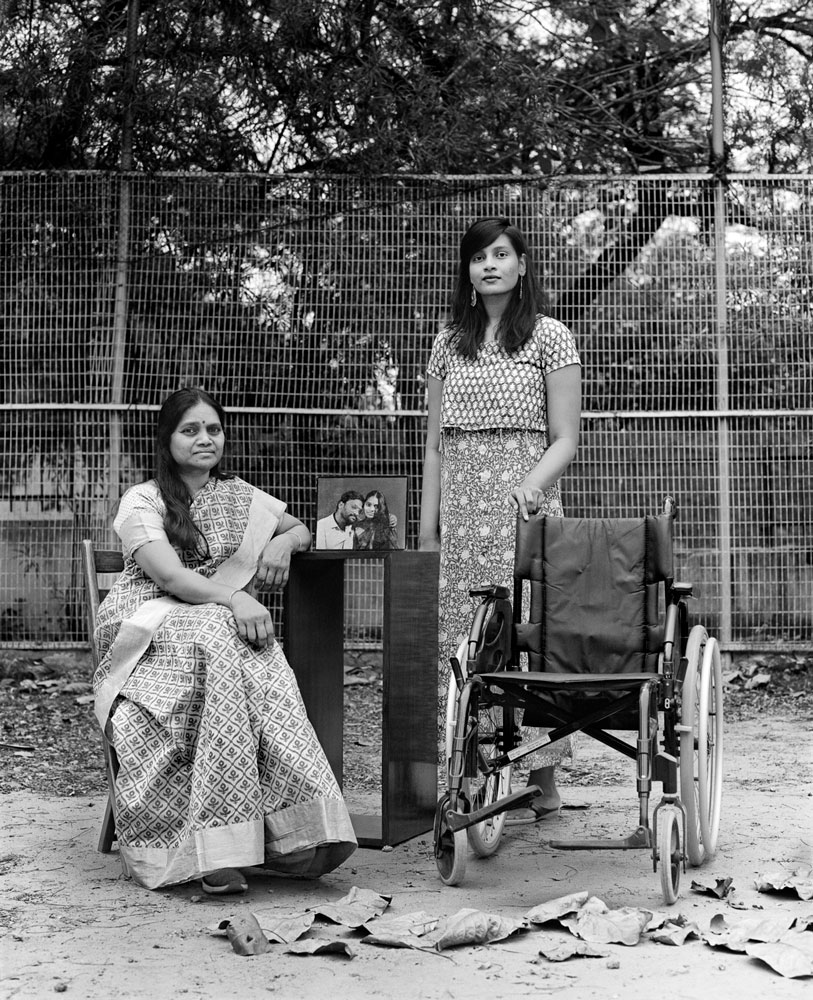 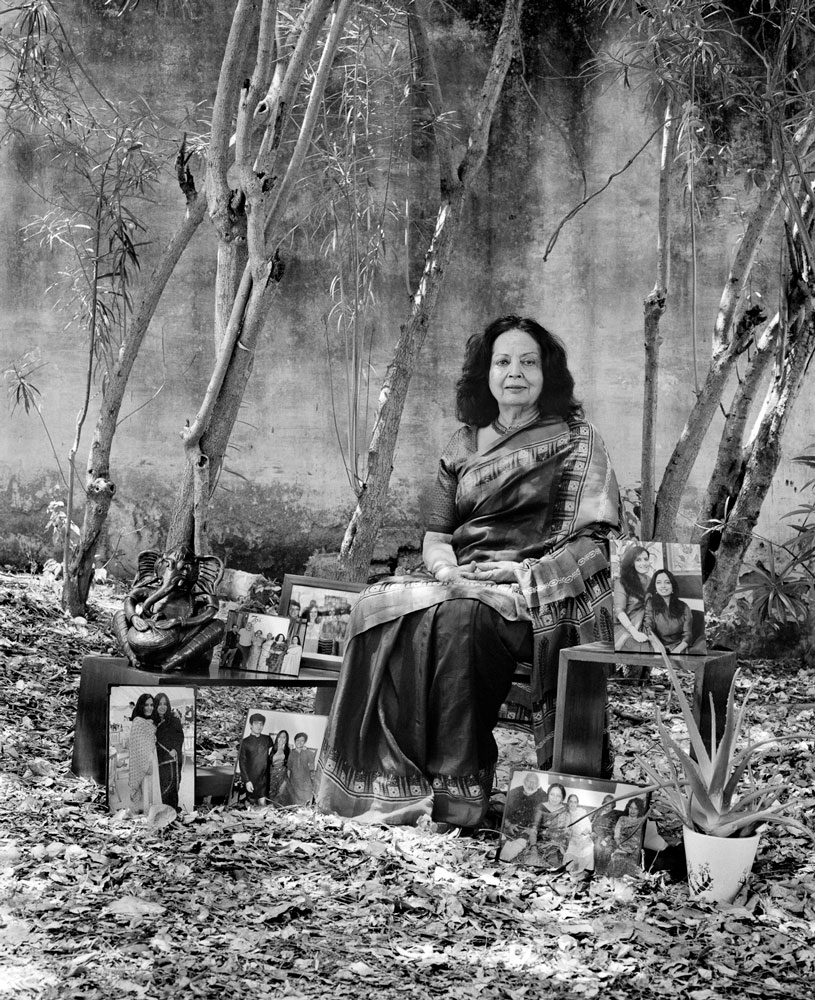 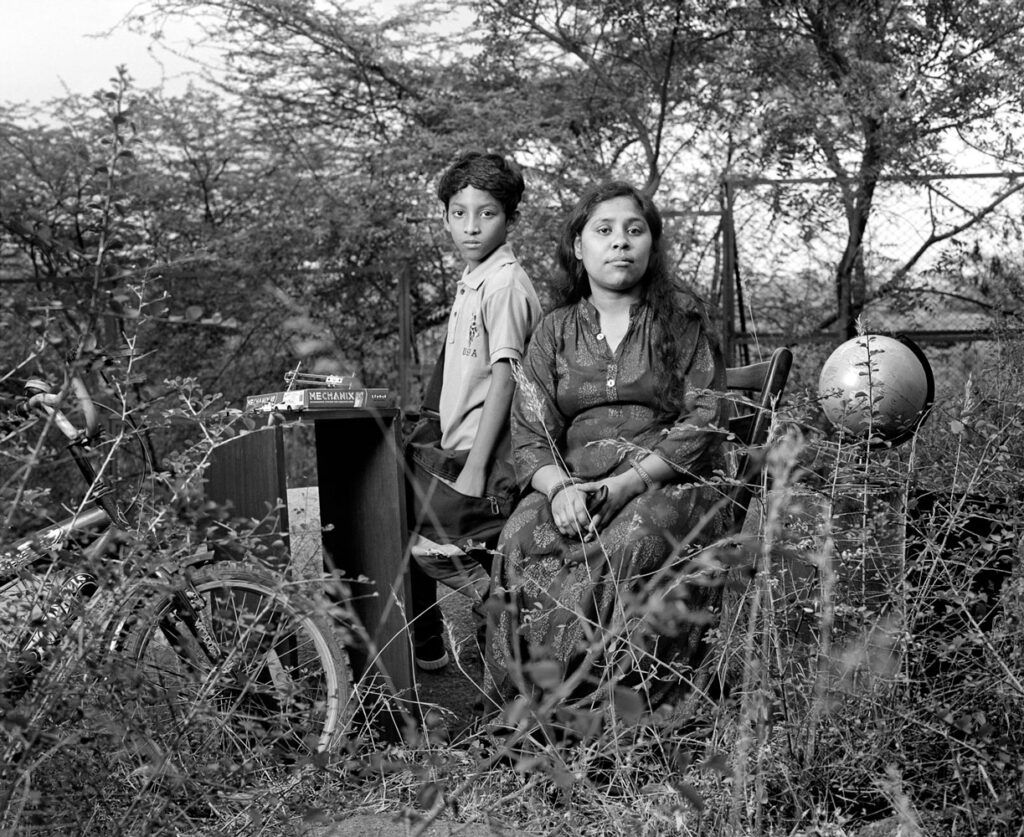 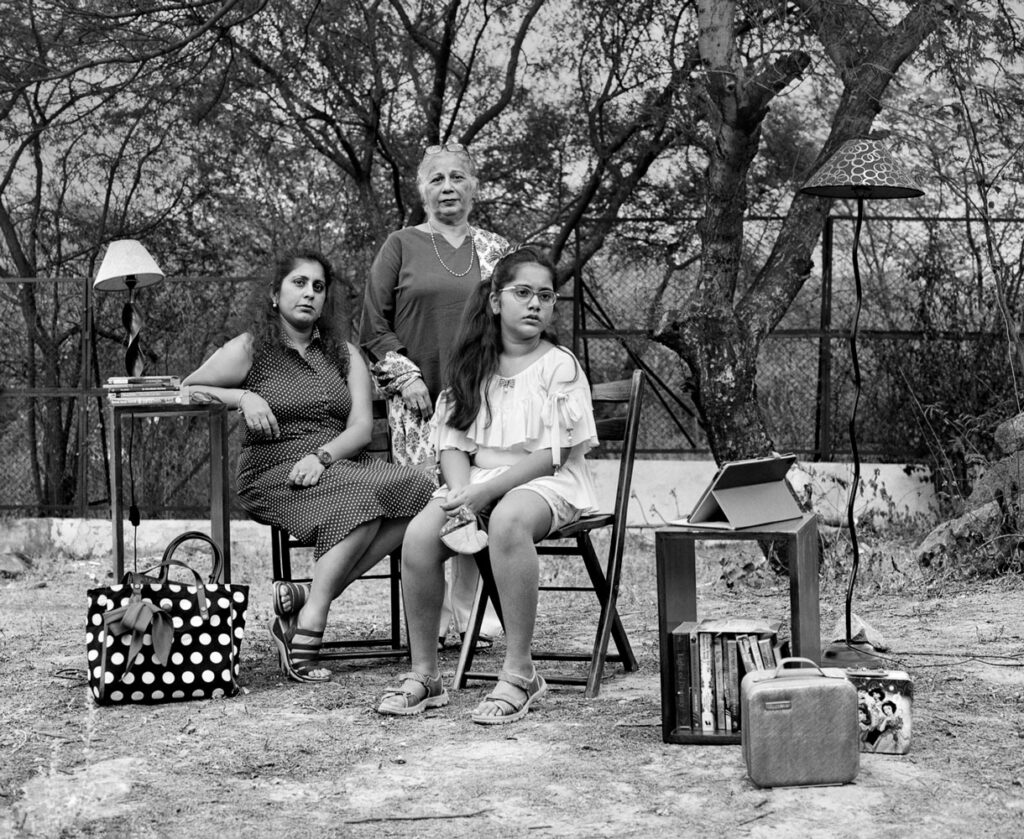 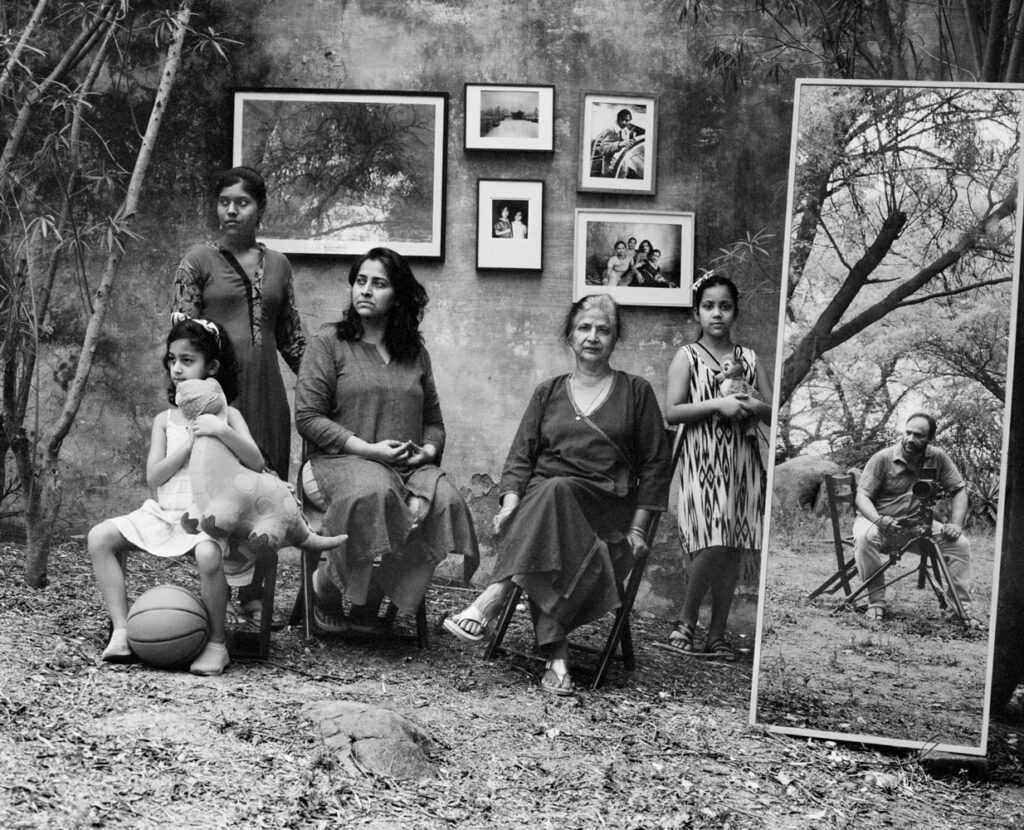 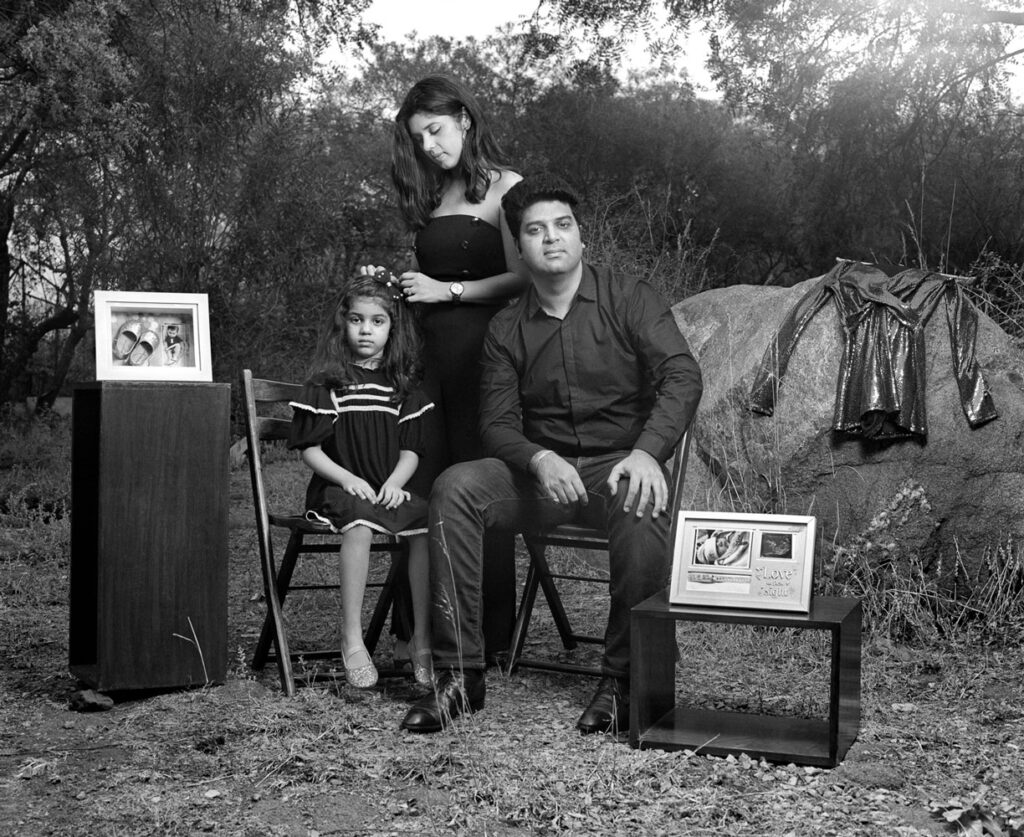 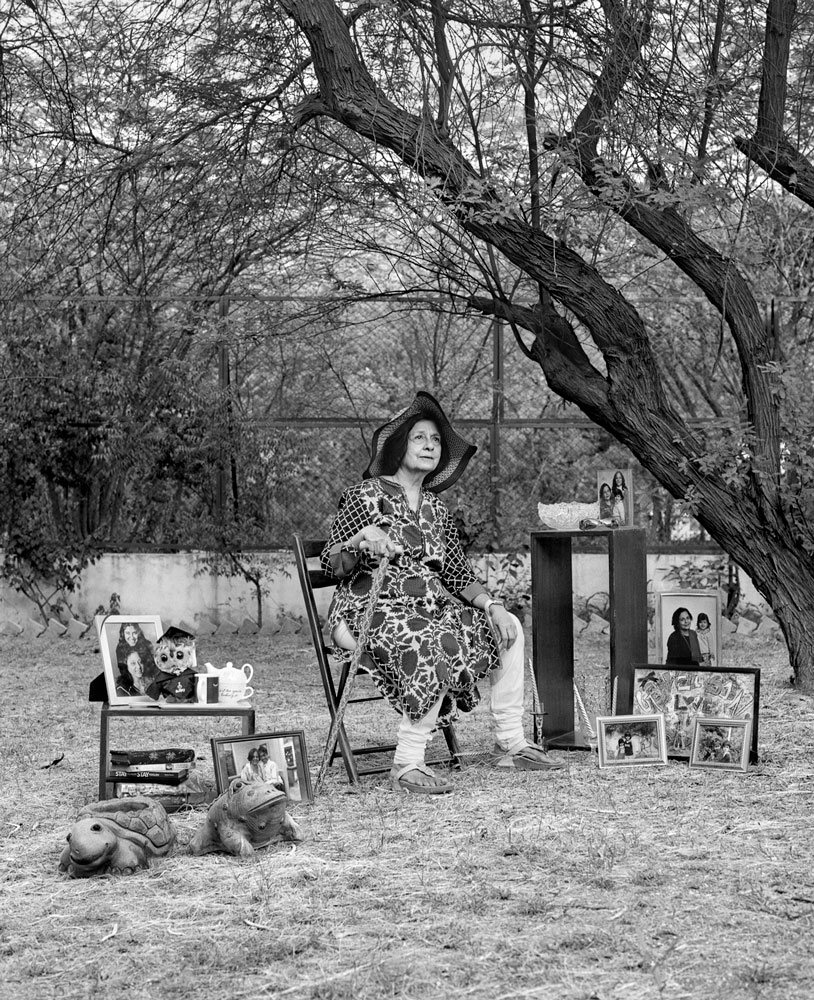 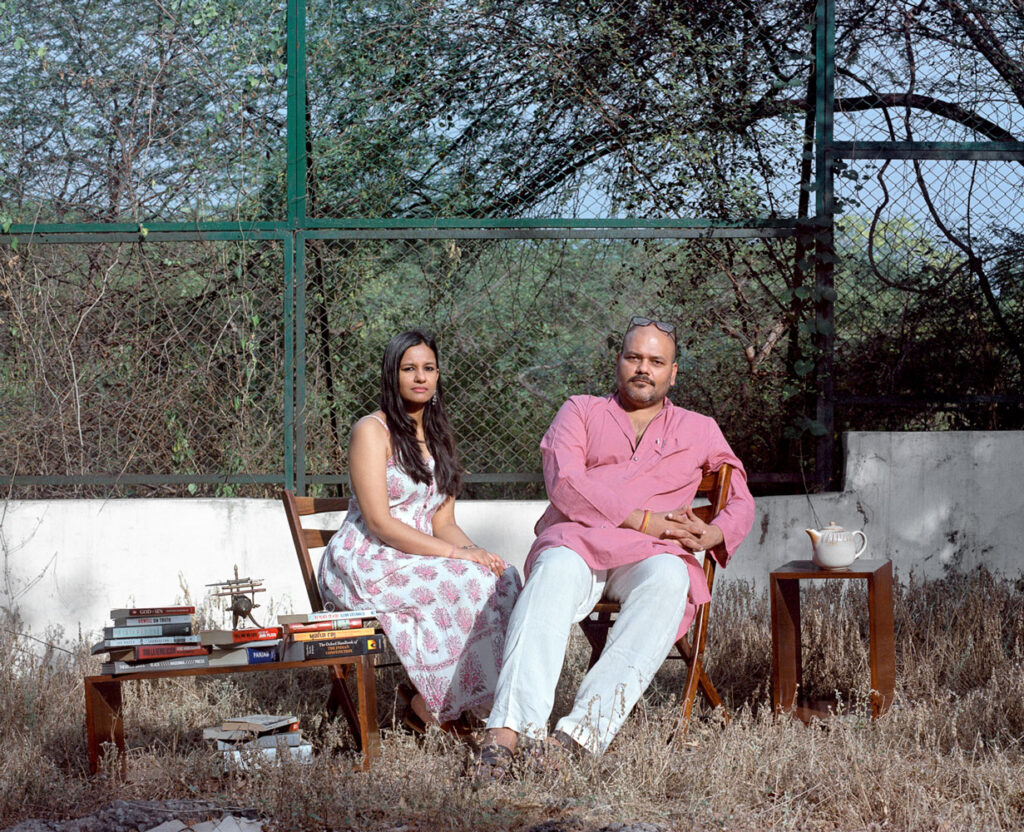 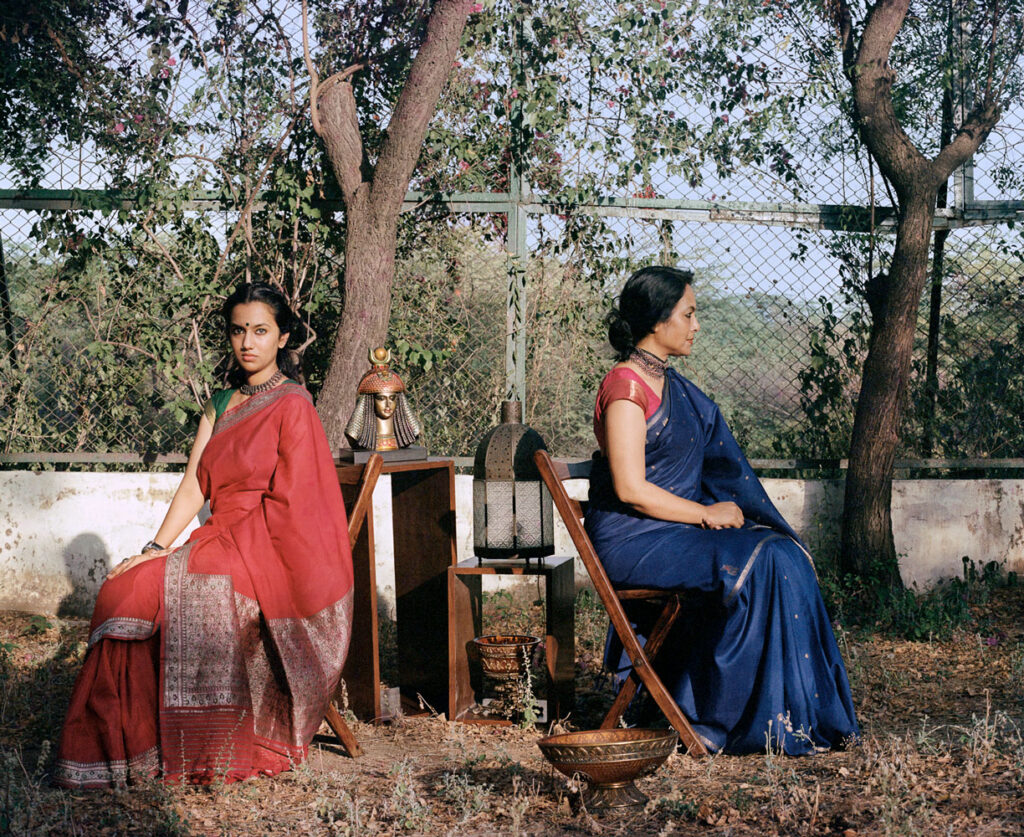 On 24th March 2020, Indian Prime Minister Narendra Modi called for a national lockdown in the country for 21 days in an effort to contain the COVID-19 pandemic.  With just four hours’ notice, Mr Modi announced that no one could leave home for three weeks—a move that has been called the most severe step taken anywhere in the war against COVID-19.

Contemporary Heroine Anita Khemka’s and collaborator Imran Kokiloo’s Shared Solitude was a result of this unplanned and brutally enforced lockdown in India. It is part of a group exhibition called Come Away presented by Pichvai Tradition & Beyond, GALLERYSKE and PHOTOINK, and is on display in New Delhi until 12th June 2021.

Anita says that the lockdown experience ‘made us question the status quo we had grown accustomed to and the dichotomy of our daily lives.’ Shared Solitude ‘excavates memory, the joyous and the painful, and confronts the universal dilemma of ownership, possession and letting go.’

Shared Solitude is a compilation of pictures taken in the form of the ‘family portrait’. Traditionally, family portraits are taken in a studio space to mark a special occasion, a celebration, or simply as a homage to the family. In modern times, however, they have moved to more informal and relaxed settings like gardens or public venues. The family portrait comprises members of the family without any other objects in the frame. More often than not, the sitters are smiling and there is a joyous abandon in their poses and body language. The artist duo extends the concept of the family portrait to make it more relevant to the present – a time characterised by a global pandemic, isolation, and questioning of what gives meaning to life.

Ishita, one of the sitters, found living in lockdown to be ‘a revelation. ‘I’ve realized that (certain) relationships, having time to read, being with dogs, and having enough meaningful work in the day is enough for me — this is all I would like to keep in my life.’

Each image in the collection consists of people and the objects they use in their daily lives. In an interview with Critical Collective, Anita said, ‘for us the family does not just constitute the members; it is built up over the years in a shared space and also of objects and the attachment and connect we have with them. The coming together of the family in the open was also an exercise for the family members to choose where their most important associations lay at this point in time. We saw people bringing things out of storage for the portrait.’ 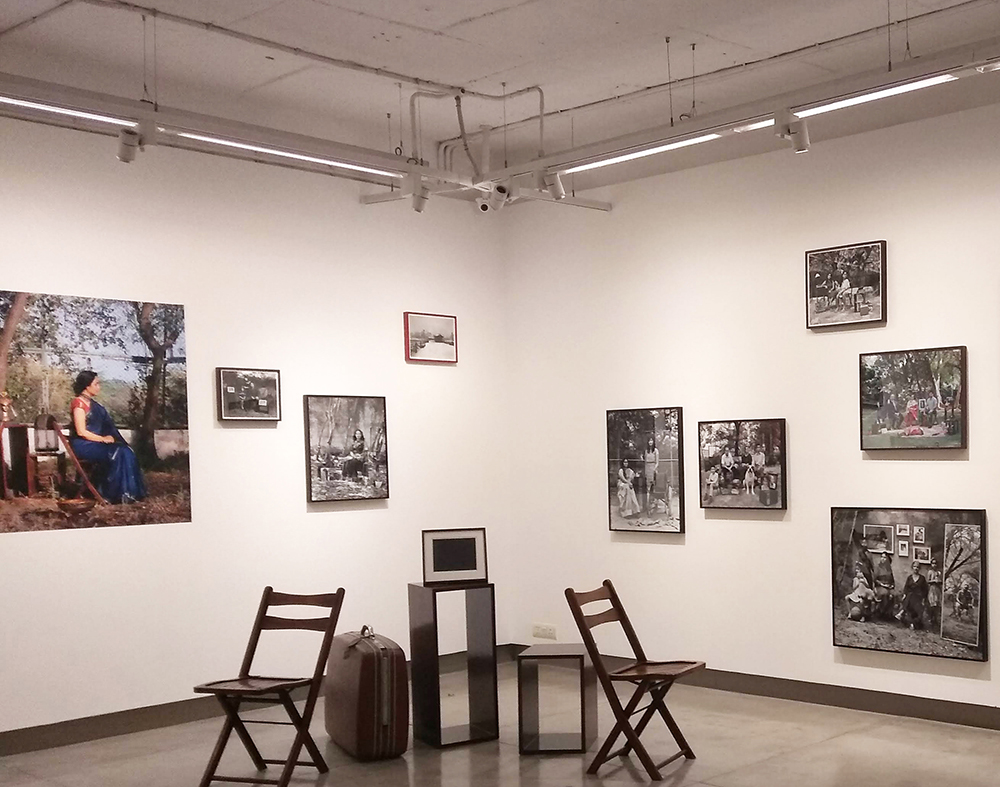 Shared Solitude Installation. Images by Anita Khemka and Imran Kokiloo. The installation at the show where we have the set with the suitcase and a black frame — this represents all the migrant families that were forced to move out when the lockdown was imposed by the PM in March, 2020.

There is a poignant image of two women, a picture frame, and a wheelchair which belonged to the father who is a political prisoner, evoking the idea of absence and presence in a single frame. The objects in the other images include books, framed pictures, a typewriter, and other artefacts. None of the images, however, are cluttered with things. The duo chose a local park as the setting for the portraits, removing the constraints of a rigid studio environment and giving themselves and their sitters a neutral ground to work on. Despite the wide expanse of the surroundings, the minimalism of the ‘set’ comes across, allowing one to focus on the sitters, their expressions and accoutrements in detail.

It is interesting to note that despite COVID-19 gloom as the overarching theme, the sitters are dressed up. Most of the women can be seen wearing fancy clothes, jewellery and makeup. The expressions, however, range from sombre to neutral which perhaps is in keeping with the general mood of our current times.

Nidheesh Tyagi, a journalist based in India and one of the sitters says, ‘there is some unsaid story in each frame, face and prop. And it makes you curious about the drama that might be unfolding; from the way the coordinates in the space are arranged. Each face is slightly lost, in spite of putting a brave front, on this side of life and living and togetherness — but also waiting for this lockdown to pass, to let the world come out of this dark, long boring tunnel.’

Crediting Nidheesh for the title Shared Solitude. Anita says, ‘after we photographed our second sitter, Nidheesh Tyagi, a journalist and writer, we asked him to record his thoughts about the experience of being photographed and any thread of memory it led to. In a few days he sent a beautiful rendering of his musings, covering his childhood memory of being photographed and comparing them to his sitting for this one; that sitting for a portrait is always “ceremonial”. There was reflection on what it meant to sit for a photograph, particularly with other members of the family and how this experience is filled with layers of actual and imagined memories.’

In an essay, ‘How art deals with disaster, from Guernica to the climate crisis’, the writer JJ Charlesworth says, ‘when faced with catastrophe – war, famine or natural disaster — most peoples’ first priority is simply to survive. Art is often not made until the aftermath, by those who survived or were far away. It’s this distance – of both time and place — that produces the tensions at the heart of art’s response to human catastrophes, since, in the end, the question asked of such an artwork is always: What good can this do?’

In Shared Solitude, Anita and Imran are creating art in the midst of crisis, using it as their inspiration. The ‘good’ that it does is to create a compendium of memories for posterity, to talk about a difficult time through images, and to ask what exactly is needed for people to live a meaningful life.