Aneta Grzeszykowska (b. 1974) is a Polish conceptual photographer, filmmaker and sculptor based in Warsaw. Her work explores the tensions between existence and absence, body and identity, and fiction and reality, expressed through a style which – while appearing cool and distant – reveals moments of intimacy.

Her work explores what it means to have a body and the existential struggle of living within this body, as well as how this intersects with identity and womanhood in a series of performative acts. By using her own naked body in conjunction with sculpted props such as masks and dolls, Aneta has produced a series of works wherein the body becomes increasingly interchangeable with these props.

Aneta even created a photorealistic bust of herself for her daughter to interact with for her series Mama (2018), and digitally crafted images of non-existent bodies for Untitled (Portraits) (2005-2006).

Her work has an analytical relationship with both its own medium and the history of art itself, continuously focusing on the mundane while experimenting with the manipulation of reality in overt, theatrical ways – an approach which shatters the viewer’s notion of photography as objective. In Selfie (2014), she explores contemporary perceptions of the online self-image as a continuation of the historical impulse to artistically craft one’s identity. Aneta has created multiple works which reference other women artists, such as her recreations of Cindy Sherman’s Untitled Film Stills (2006) – a series which exemplifies her interest in the cinematic and its relation to identity. By digitally joining her body with images of past feminist artists who died prematurely in Love Book (2011), Aneta explores the idea of legacy, examining how these traces from the past can be used as working material today.

Her work consistently centres around her own life and brings forward the private sphere, taking place in her everyday surroundings and featuring daily interactions with her family, the nostalgia of her own childhood, and her sense of womanhood. Accompanying her solo work, she has collaborated extensively with her husband Jan Smaga on projects such as 4/51 Dolna St. (1999) and Plans (2001-2003), both of which document intersections between art and life within residential spaces. Aneta’s work is a fresh, contemporary exploration of prevalent feminist artistic themes, pushing them into an existential, technological, and conceptual investigation into why these ideas remain relevant in our age. She was awarded the prestigious Polityka Passport Award in the Visual Arts category in 2014, and her work is exhibited in the Guggenheim, Centre Pompidou, and the Museum of Modern Art in Warsaw, among others. 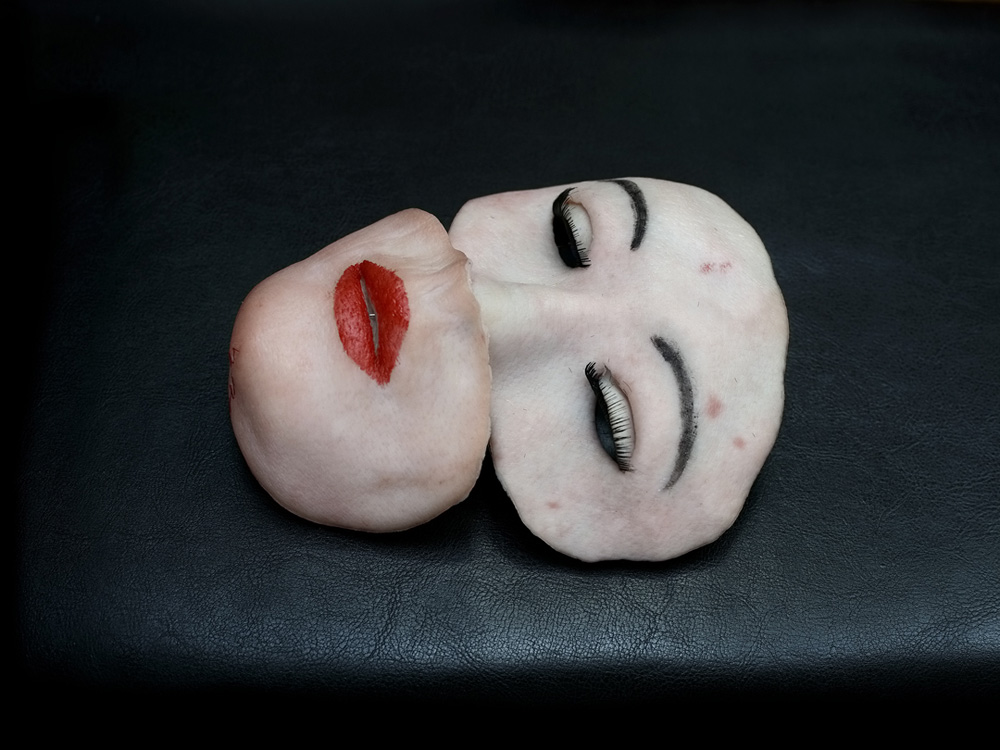