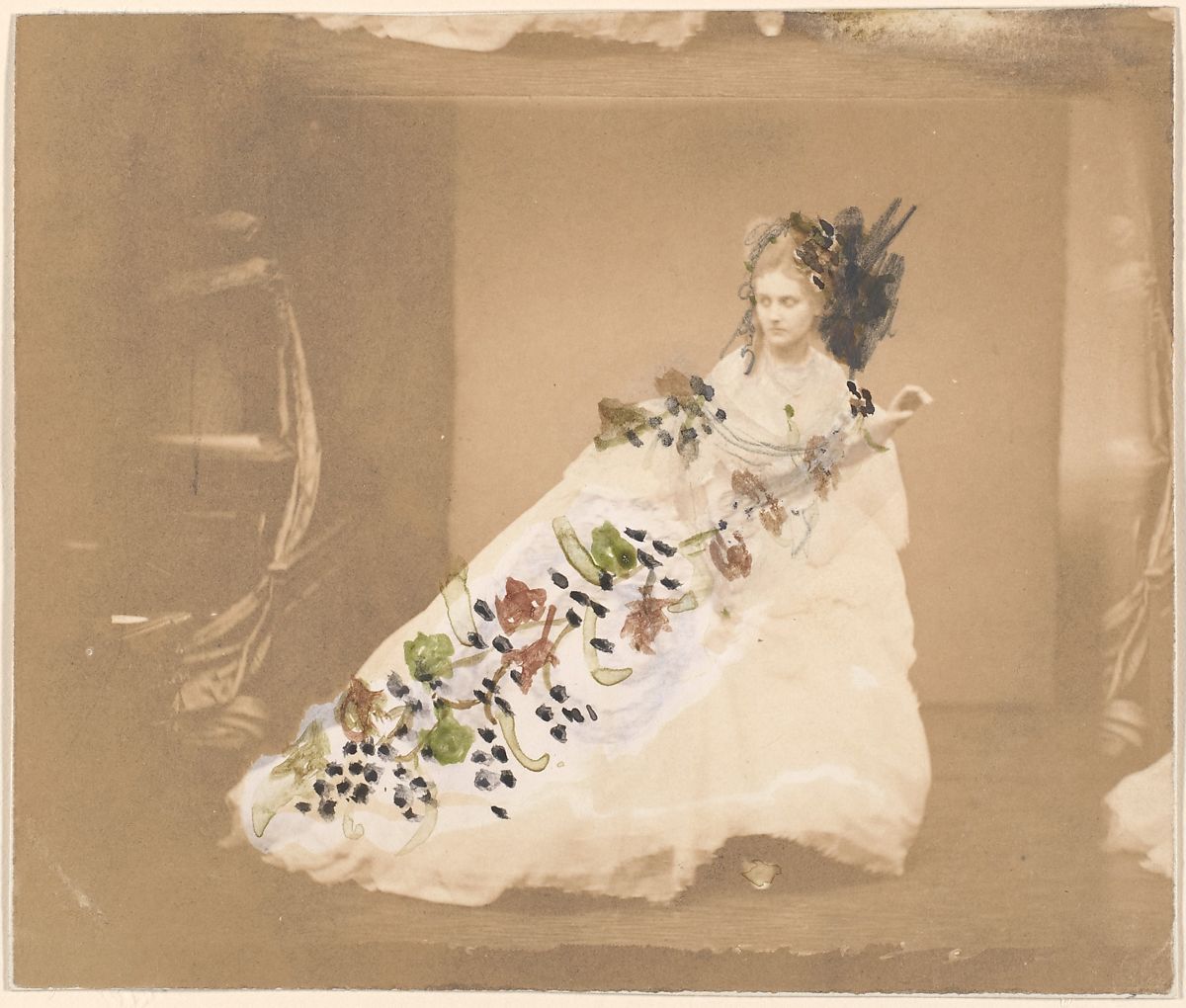 Born in Italy to an aristocratic family, Virginia Oldoïni, was soon notorious across Europe.

At seventeen she was forced to marry a man she did not love. Two years later she went to Paris with the intention of wooing the then emperor of France, Napoleon III.

Under her direction he would pick up the cause of Italian unification. She shocked the French court with her beauty, extravagance, and audacity.

She was and would remain an important fixture of Parisian high society. Her liaison with the emperor was as sensational as it was brief and caused, perhaps intentionally, the end of her unhappy marriage. 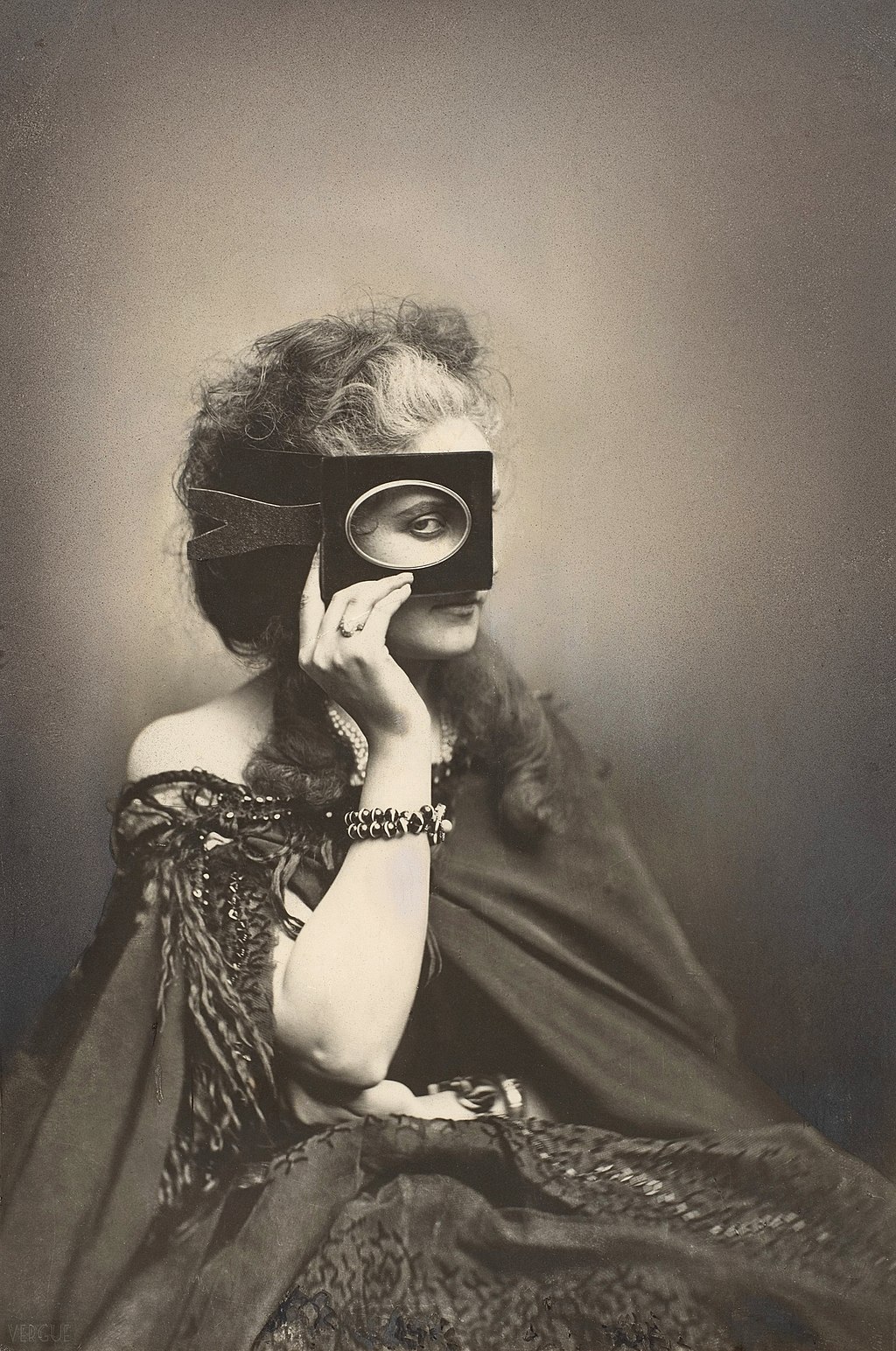 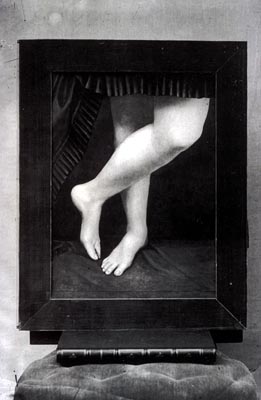 She would visit him frequently in his Parisian photography studio, determined to make a series of images that immortalized her life’s story. They spent forty years on this project and produced over 450 photographs.

In what is perhaps her most recognisable photograph, La comtesse de Castiglione (1865), Oldoïni stares directly at the viewer through a small black frame. She is clothed in incredible finery, and yet with the frame over her eye she is forcing you to look at her. Not at her clothes, or her tall hair, but her steady almost unnerving gaze.

In some images like The legs of Virginia Oldoini, Countess di Castiglione (c. 1861-1867), Oldoïni chose to crop her face out entirely showing only her bare feet and legs. The effect was no less powerful however, as this level of nudity was considered extremely licentious at the time.

She was inspired by her own physical beauty, a deep love of literature, and a total disregard for societal expectations.

Pierson took the shots but Oldoïni curated them. She pioneered a style of self-portraiture utilised by much later artists like Cindy Sherman and Zanele Muholi.

More than just dictating her poses or the angle of the camera itself, Oldoïni would also take a paintbrush to some of the images.

In La Frayeur (c. 1861-67), she painted grapes and leaves across her gown and even wrote instructions on the back for how to turn it into a monumental painting. Virginia Oldoïni was her own muse.

Having returned briefly to Italy, she found herself back in Paris in 1861. She would remain there until her death in 1899, when she would be buried in Père Lachaise Cemetery. She lived an unconventional lifestyle of wealth, multiple lovers, and artistic experimentation.