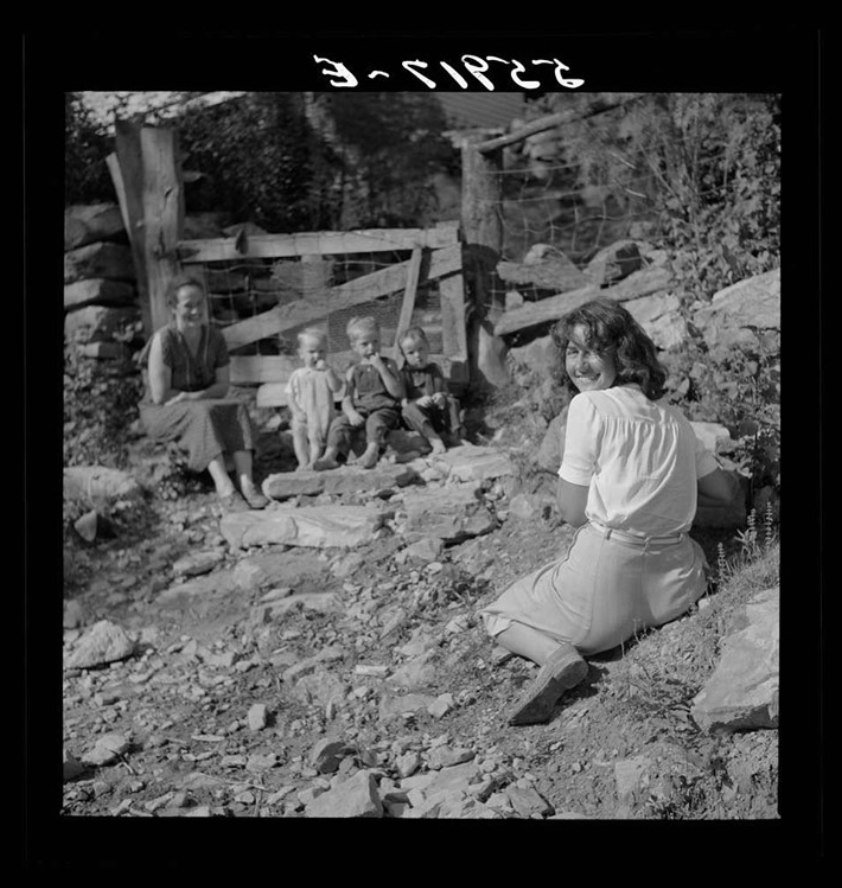 Marion Post was born in New Jersey on 7th June 1910. Initially trained as a teacher, she became interested in social documentary and joined her sister Helen in Vienna where she was studying with the well-known portrait photographer Trude Fleischmann.

Marion escaped rising Nazism to return to the US in 1934. She worked as a photojournalist for the Philadelphia Bulletin and then joined the Farm Security Administration on the recommendation of photographer Paul Strand. She documented the politics of rural poverty and deprivation in the Deep South from 1938 to 1942 in over 9,000 photographs. 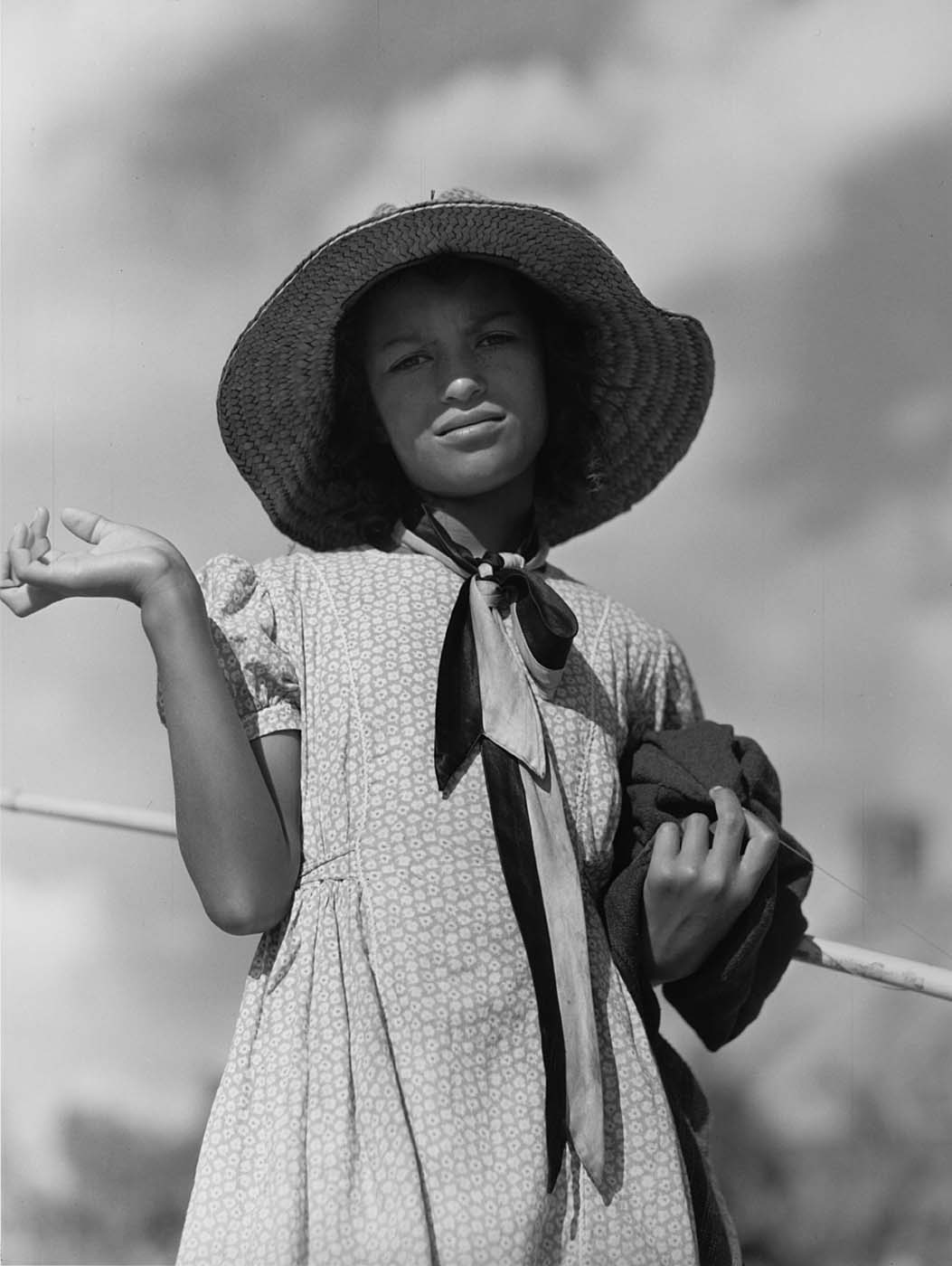 Marion was a contemporary of the better-known photojournalist and fellow FSA photographer Dorothea Lange (1895-1965) who documented the Depression in California, and was a great influence on the work of photographer Esther Bubley (1921-1998).

Marion mainly worked in black and white, using a Rolliflex, but also experimented with early colour photography. Her style was candid and spontaneous, achieving images that were intimate and expansive all at once. She overcame harsh conditions, distrust and misogyny to document a vision of America which was unknown to most Americans. 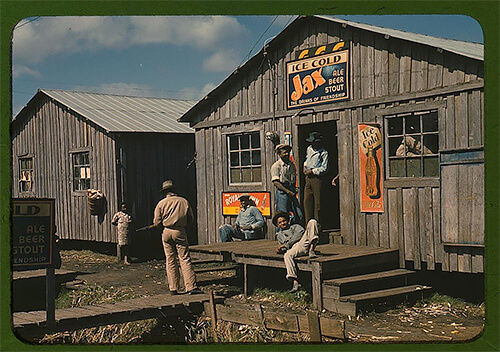 Marion Post Wolcott: Living quarters and a ”juke joint” for migratory workers during a slack season, in Belle Glade, Florida, taken in early 1941. ©Library of Congress

“As an FSA documentary photographer, I was committed to changing the attitudes of people by familiarizing America with the plight of the underprivileged, especially in rural America… FSA photographs shocked and aroused public opinion to increase support for the New Deal policies and projects, and played an important part in the social revolution of the 30s”

One of her most famous series was the 1939-41 project ‘Gold Avenue’, in which she explored the contrast of Florida’s camps of migrant workers and drought-ravages fields with the little beach towns where oblivious tourists fled the winter. But her favourite of her own photos was *Negro Man Going Up the Stairs of the Movie Theatre, which she felt was the truest expression of what she was trying to do with her photography and who she was.

The Library of Congress and the ICP hold a collection of her work and her archive is held at the Center for Creative Photography at the University of Arizona in Tucson, Arizona. 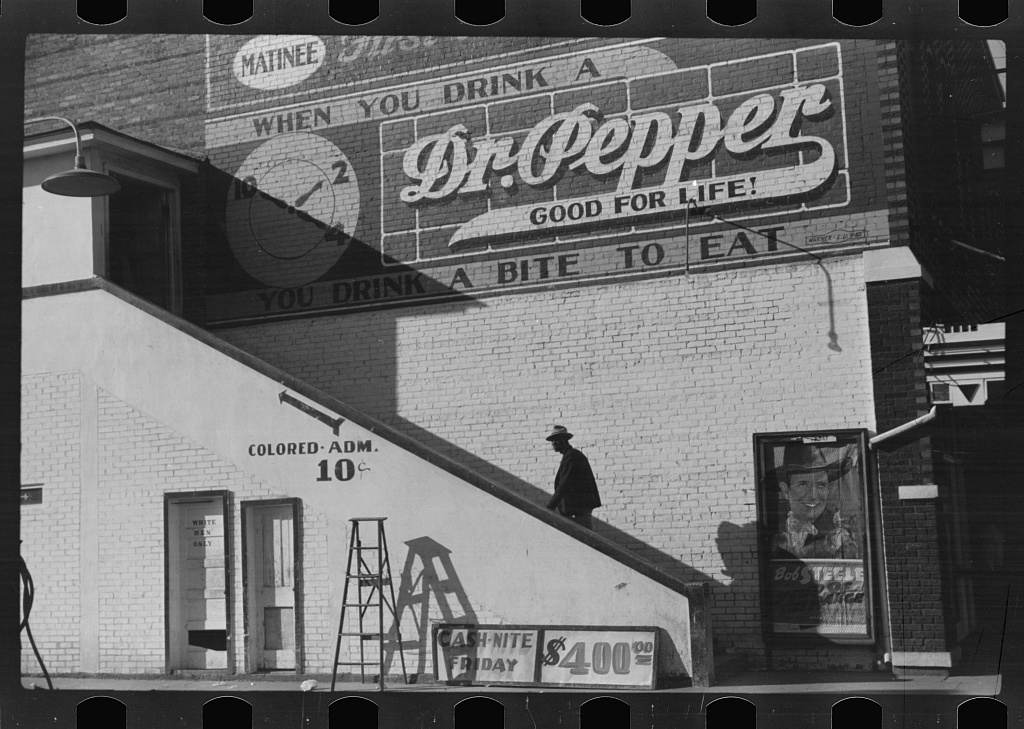 *Hundred Heroines is mindful of photography’s problematic history with race: colonialism and photography were mutually intertwined in Europe’s industrial and imperial expansion. From its beginning, photography documented colonial adventures and cemented ‘Orientalist’ perceptions of non-European peoples. We recognise that many women photographers of the 19th/20th centuries were wealthy, privileged and white, and often played a role in perpetuating colonial stereotypes. We celebrate their achievements in overcoming the obstacle of gender and acknowledge the need to move forward in terms of representation. Today, no community or culture should be exploited in favour of the image.