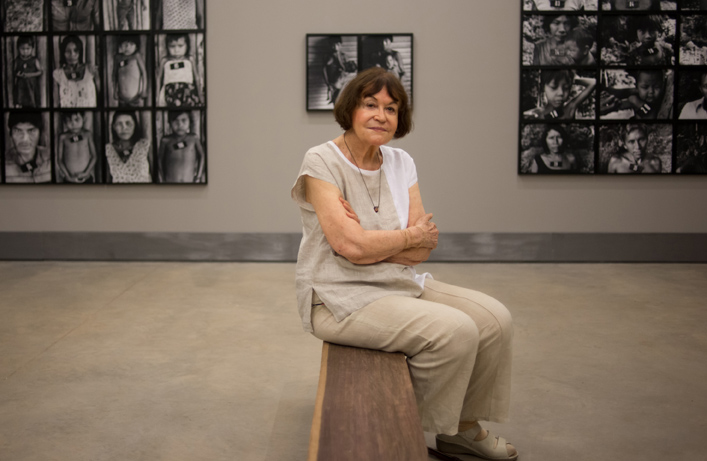 Claudia Andujar (b.1931, Switzerland, based in Brazil)

Claudia Andujar (b. 1931) is a Brazilian photographer and activist. Though her oeuvre is diverse, she is perhaps best known as an advocate of justice and political agency for the Yanomami (Yąnomamö or Yanomama) – a group of approximately 35,000 indigenous people who live in the Amazon rainforest on the border between Venezuela and Brazil.

Born Claudine Haas in Switzerland, she grew up in Transylvania in a family of Protestant and Jewish origin. During the Second World War, she fled to New York to escape the Nazis; her father, and many of her other family members, died in the Dachau and Auschwitz concentration camps.

In 1955, she joined her mother in Brazil and moved to Sao Paulo. Here, she took an interest in photography as a way to communicate and explore other cultures. A project on the Karajá people in central Brazil led her to a career in photojournalism.

In 1971, while working in the Amazon, Claudia met the Yanomami people. After leaving her job, she travelled to reach the Yanomami of Catrimani in northern Brazil and returned many times, developing a strong connection with the community and a sense of belonging.

While documentary is a key foundation of Claudia’s practice, she is known for going beyond convention. To represent the rich nuance of sensory experience, particularly during special occasions including funerary ceremonies (reahu), Claudia experiments with techniques such as blurring the lens with Vaseline and using infrared film. Such techniques transfer ordinarily intangible experiences onto film.

Claudia’s work with the Yanomami has developed a strong political current, growing into a crucial method of defence against repeated breaches of the Yanomami’s human rights.

As part of her advocacy work, Claudia played a pivotal role in establishing the Commission for the Creation of the Yanomami Park, which led to the Brazilian government establishing a 96,000 km2 protected area for use by the Yanomami. She received a Cultural Freedom Prize in 2000, and a Goethe Medal in 2018, for her groundbreaking work with the Yanomami. 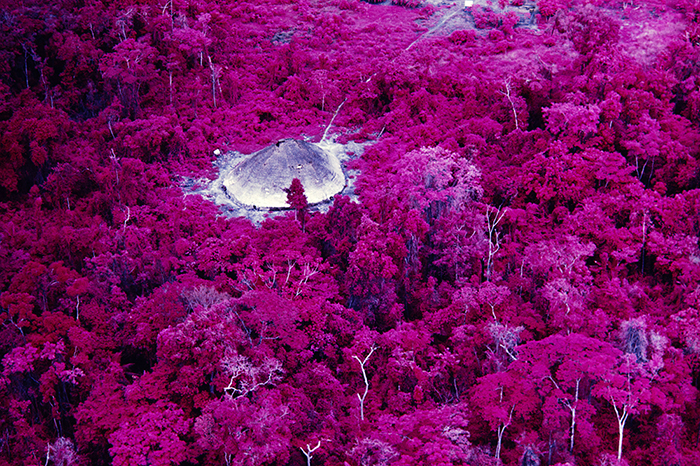 The Barbican presents Claudia Andujar: The Yanomami Struggle, a bold, mesmerising exhibition which highlights the outstanding photographic and humanitarian work of Brazilian artist and activist Claudia Andujar, whose dedication has...