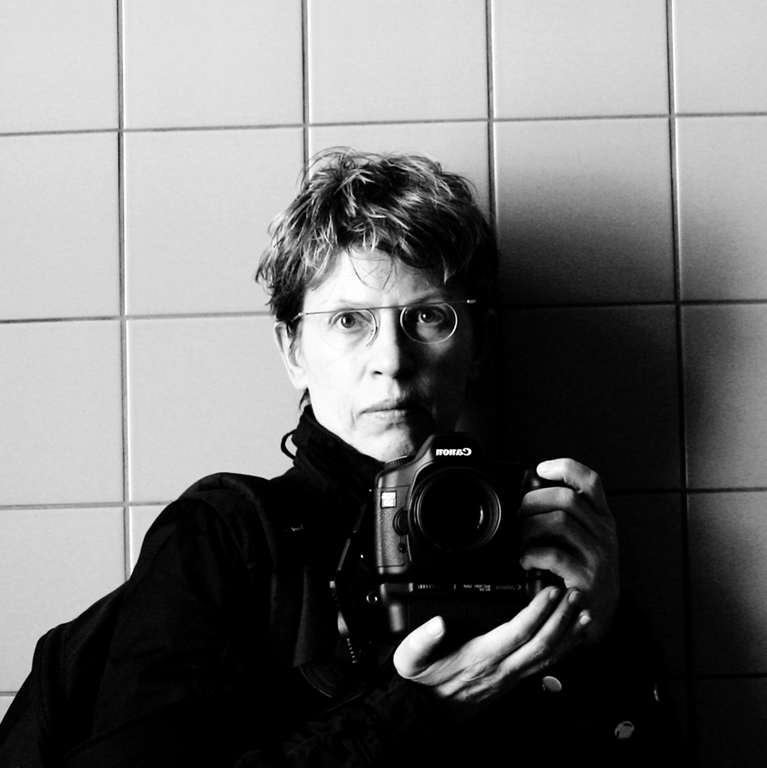 Best known for her striking portraits of Berlinale stars, Birgit Kleber, a freelance photographer for over 20 years, has mastered the art of capturing still shots of consciousness. With a career that spans over two decades, her work has engulfed both the changes of the world and people. Her portraits of stars are well known for communicating a distinct sense of their personality and a closeness with the camera, but when her lens shifts on to unfamous subjects, more poignant and intimate stories also emerge.

It’s contrast which brings life to much of Kleber’s work, whether it’s one portrait next to another on a gallery wall, or a subject who stands out against their backdrop, each work appears to have the next in mind. Kleber poses and centers her subjects in the same ways, illuminating the differences between them best, by comparison. In her portraits, it’s their similarities which makes their differences most striking. By capturing each person in the same way, she creates a realer sense of polarity as though we are being introduced to them as a collection of friends.

With a retrospective at the Helmut Newton Foundation, this year has been a chance to look back at some of her most renowned works, as well as a time to capture the images of a new generation. From her Berlin studio she spoke to me about the modern woman’s power, lessons she learnt from Berenice Abbott and Monica Bellucis’ eyelashes. 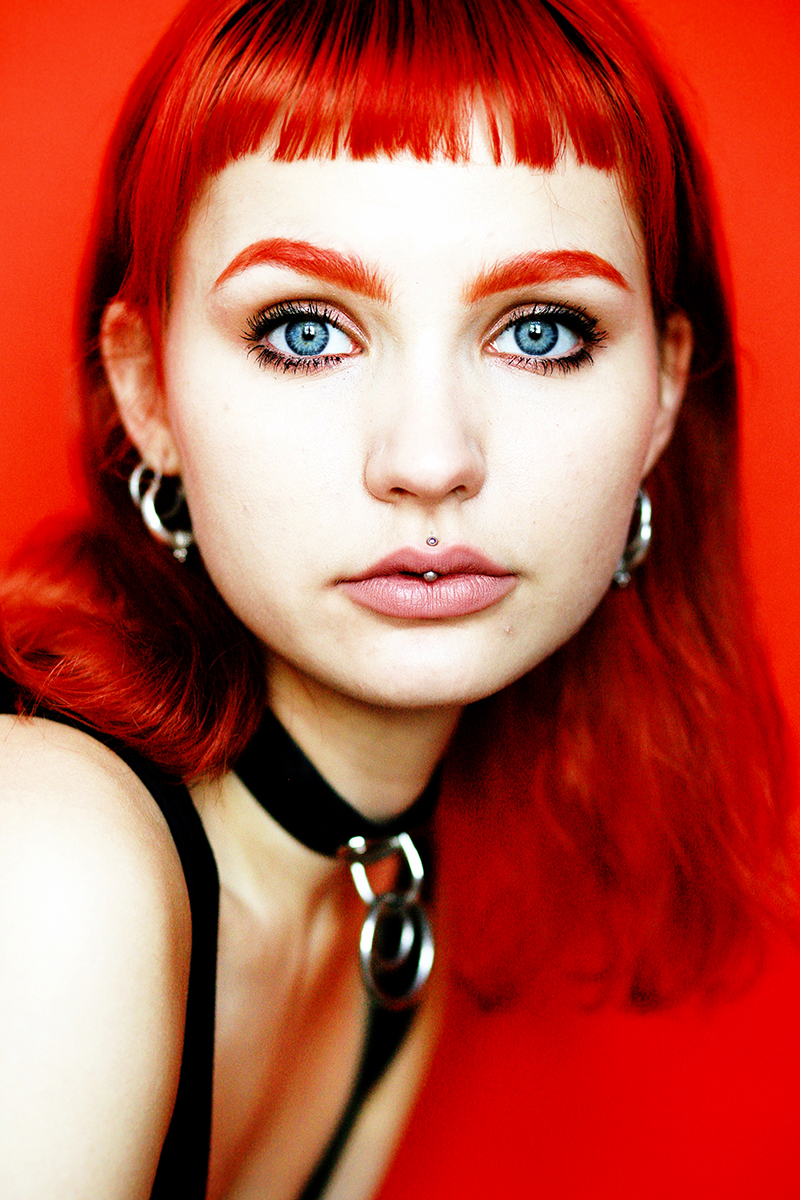 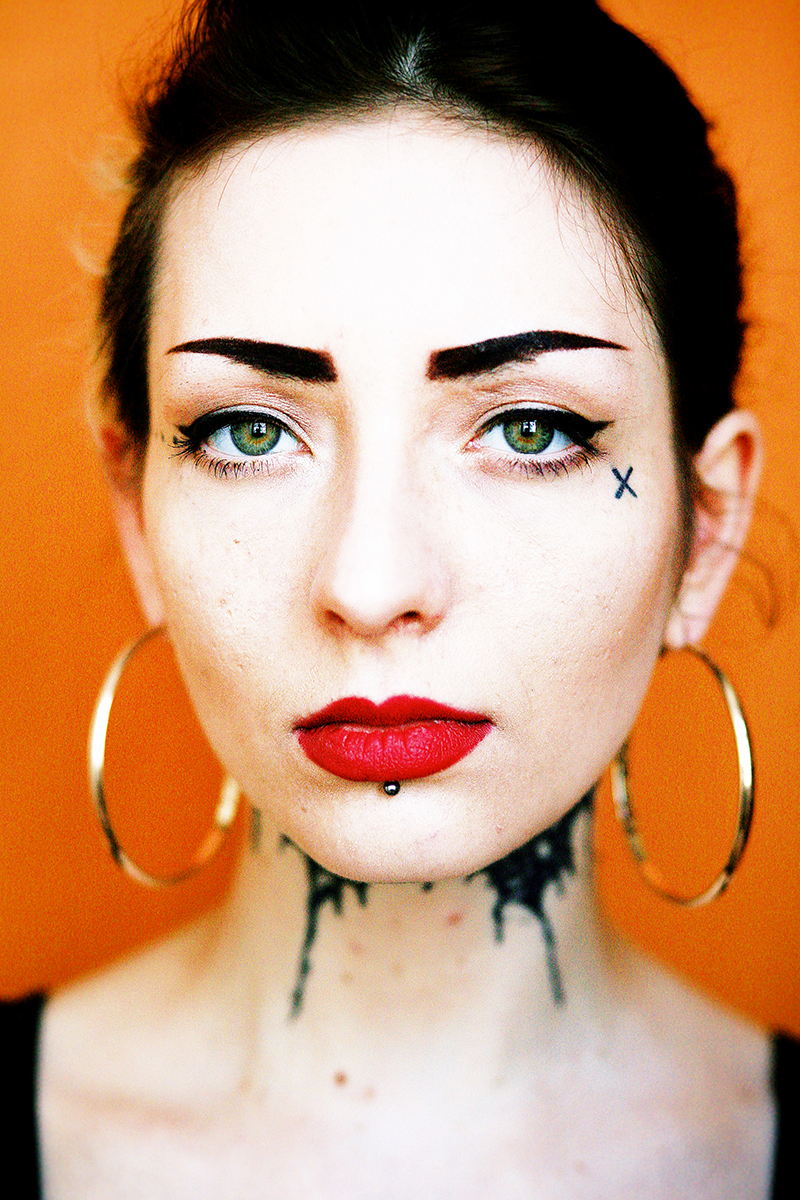 1. You are Berlin-based, what do you love about the city?

2. You haven’t always been in Berlin, before you became a photographer you spent some time in San Francisco and studied television, even working as an assistant director and set photographer. How did your time in television and film influence the way you work or what subjects you choose?

There was a time in the beginning of the 80s where I saw that to make movies was more than photography. There is an academy in Berlin where you can study film, I wanted to study there, it was necessary to do training and I applied at the TV in Berlin, called SFB in those days, and was accepted, I was there for three months, it was very exciting. I had a lot of interest in cameras and working with them and after this I worked on long feature films, and we would shoot in places like France. But I realized that making movies is a lot of teamwork, you need a lot of people and you need a lot of money. I found my way, right back to photography because if today I have an idea all I need is some models, and okay, money too, but not as much money as for a movie. But of course, I have this passion for film and movies and I think that in my portraits I always cut the head and it’s a little bit like close ups in films and movies in the cinemas. 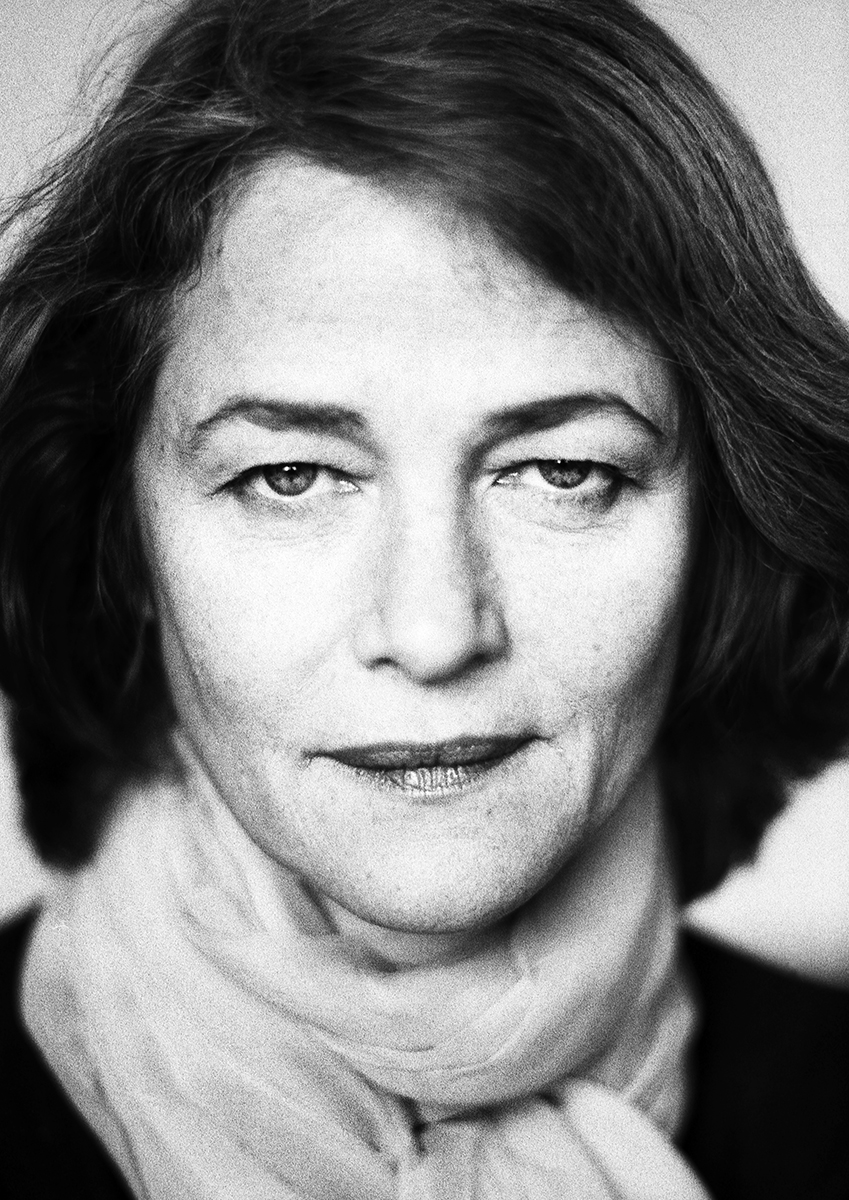 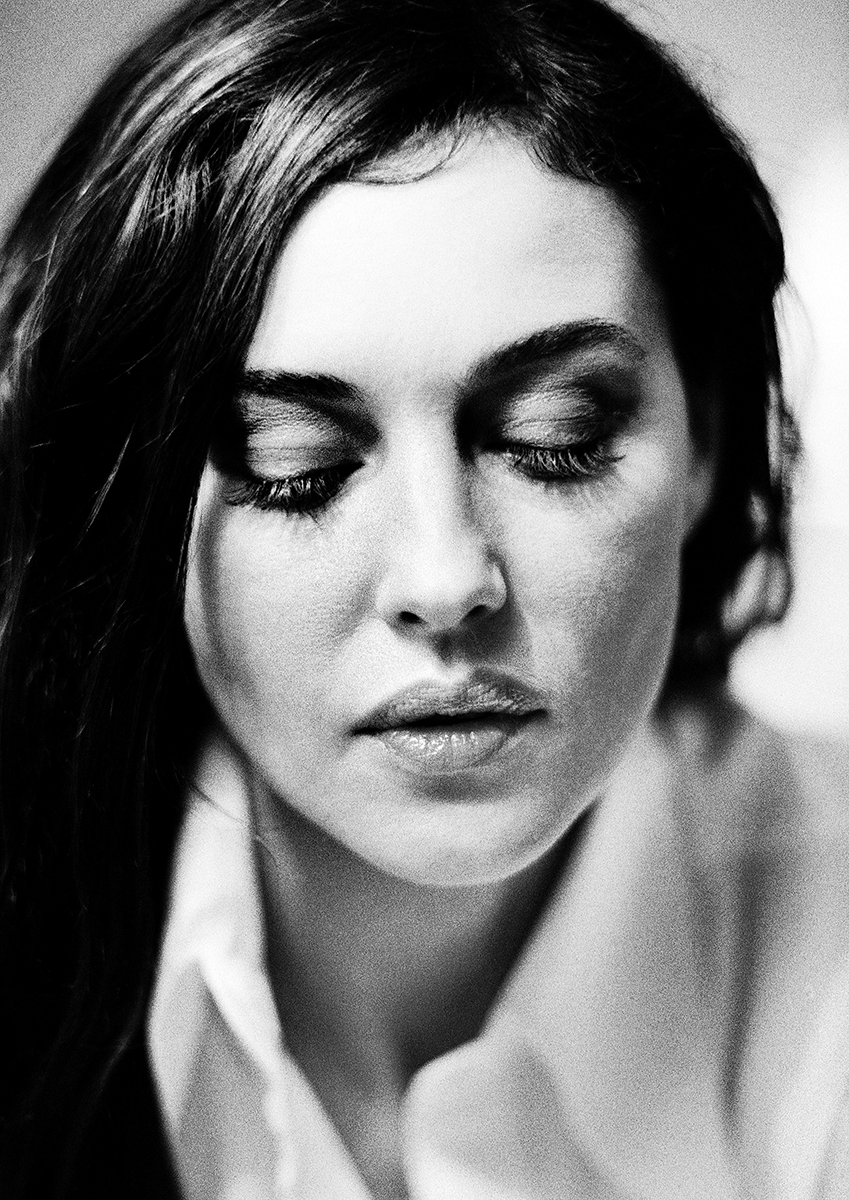 3. During that time you also attended the workshops of two leading American photographers at the time, Lotte Jacobi and Berenice Abbott, what were your biggest takeaways from those experiences?

I was very, very lucky and I spent three months in San Francisco and California and I had this opportunity to do these workshops. Lotte Jacobi is originally from Germany, but what was absolutely interesting for me was Berenice Abbott, she always wanted for us to go into the city to take photos, and she always said to us what you see through your camera should give you a feeling in your stomach and its a cradle of my work I think – I always try to make photos which give you a very strong emotion and I love the work of other photographers and artists who do this too.

4. You’ve been working as a freelance photographer since 1985 and the world has changed in that time, but what have the been the most significant changes, positive or negative, for you as an artist?

Yes, in this time the world changed, I was working freelance over these years. We have the internet, then we have digital photography, it’s a really big change in working, I think. The fall of the Berlin wall, 9/11 and now we have the pandemic, we have COVID-19. I think this change from analog to digital photography is not so big for me, I started late with digital and today I take photos with a digital camera but, the only change is that it’s on an SD card and not on film. The other change was that a long time ago I worked on the journalistic side for newspapers or magazines, I’ve always done portraits in my own work, there is no difference, I’ve only done the same on both sides, but more then 10 years ago I decided to do only artwork and that pushed my work, it was financially a risk but it pushed my work. And it was right because now there is a change with journalistic photography, there are big agencies, Getty and so on, and I know a lot of photographers working for magazines in Berlin, but it’s really hard for them. 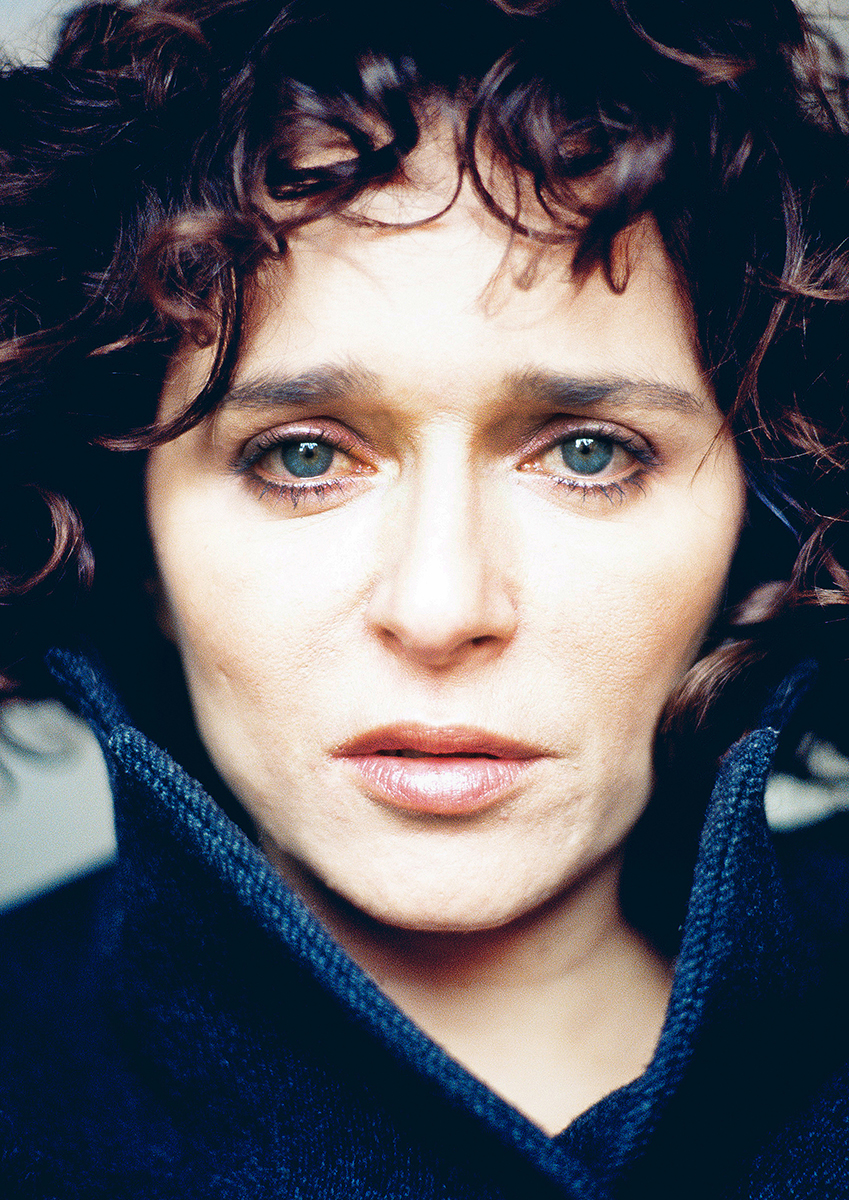 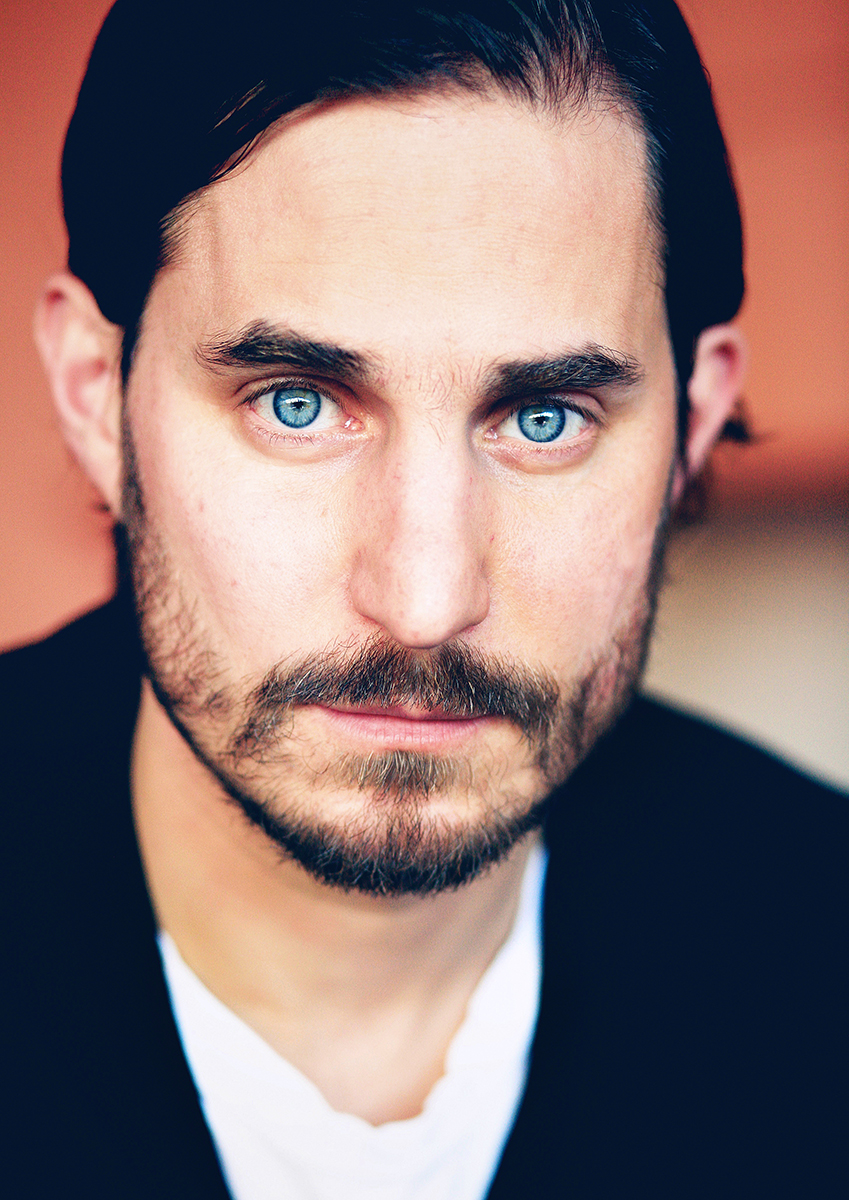 5. One of your most recent collections is Modern Queens, which is a series of powerful and vibrant images of women born in and around the 90s. Many of your portraits you’ve done in black and white, why did you decide to emphasize colour in this collection?

Yes, I started this series last year, when I met Clara again. Clara is the daughter of a friend of mine and I took photos of her from when she was a baby, every year, one photo, then the series stopped because she and her mother went to Canada. I saw her last year again and I knew, from her mother, that she had changed very, very much. I knew that she had tattoos and such and we had an appointment to take photos and she came to me. I thought maybe colour and of some red and orange backgrounds and as I saw her with a tattoo on her throat, yes, it was right in colour, so it was the right decision. After this I thought, perfect! a new series with colour. I asked her if she had a best friend, because I think when you have a best friend, they can be a little bit like you and then have something different. And of course she had a best friend, and this was second portrait for the series, Mel, and Mel also had best friend and so on, it was like ping pong!

6. It’s reminiscent of a series you did of women in hotels, which was powerful in exploring resistance to being in the object role. That was done in 1990 which is the year a lot of the women you’re photographing now were born. How does it feel to have that power reflected back, in new ways, 30 years later?

It’s very interesting that you compare these two series, the women in hotels were done in different hotel rooms in Berlin and I used the hotel room as a stage for the women to play this other role, to go away from this object role and now so many years later with Modern Queens, they do it and I don’t have to search for any stage or do something, only a good light and they are very strong. They live it, it’s a part of them. 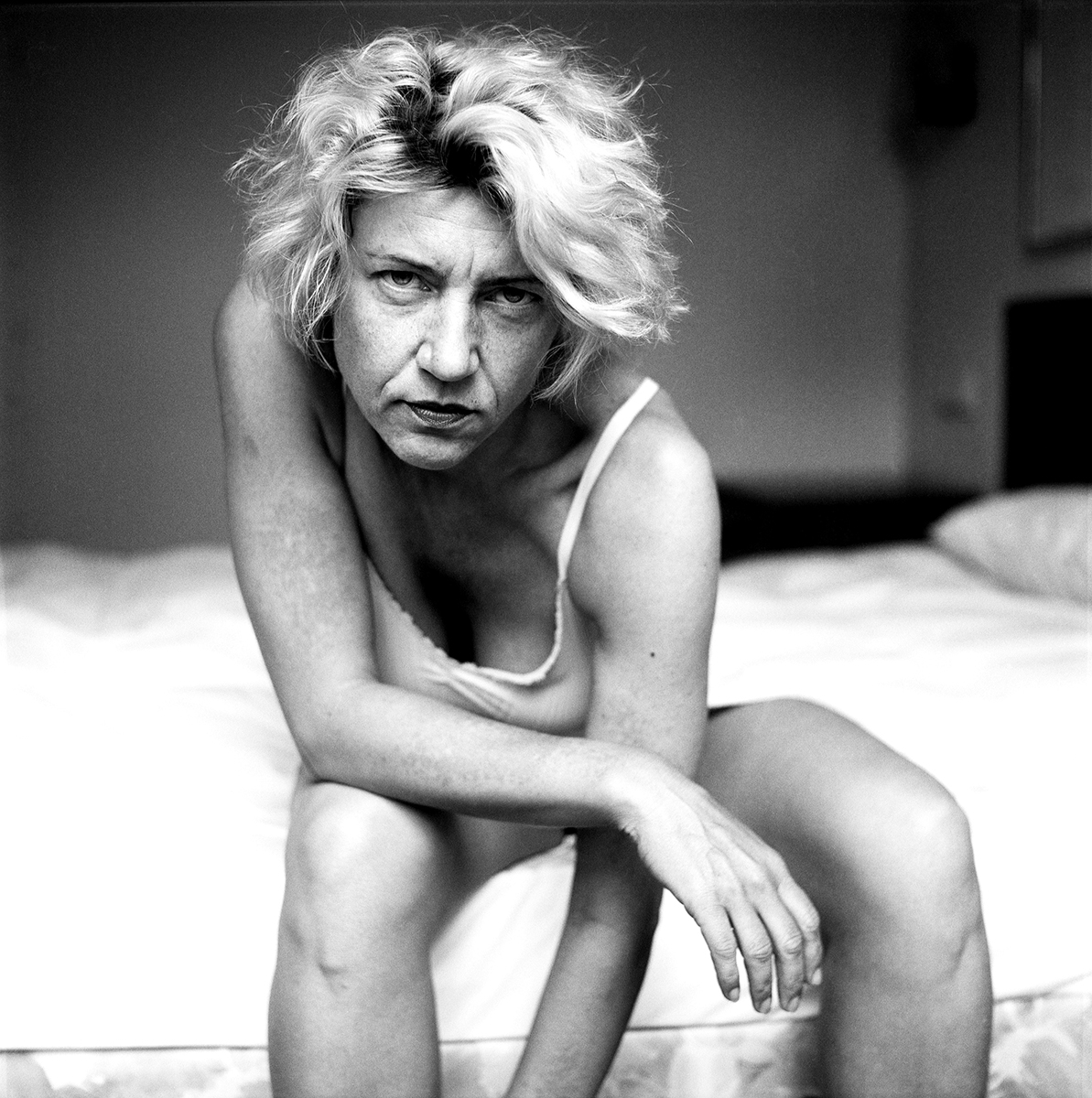 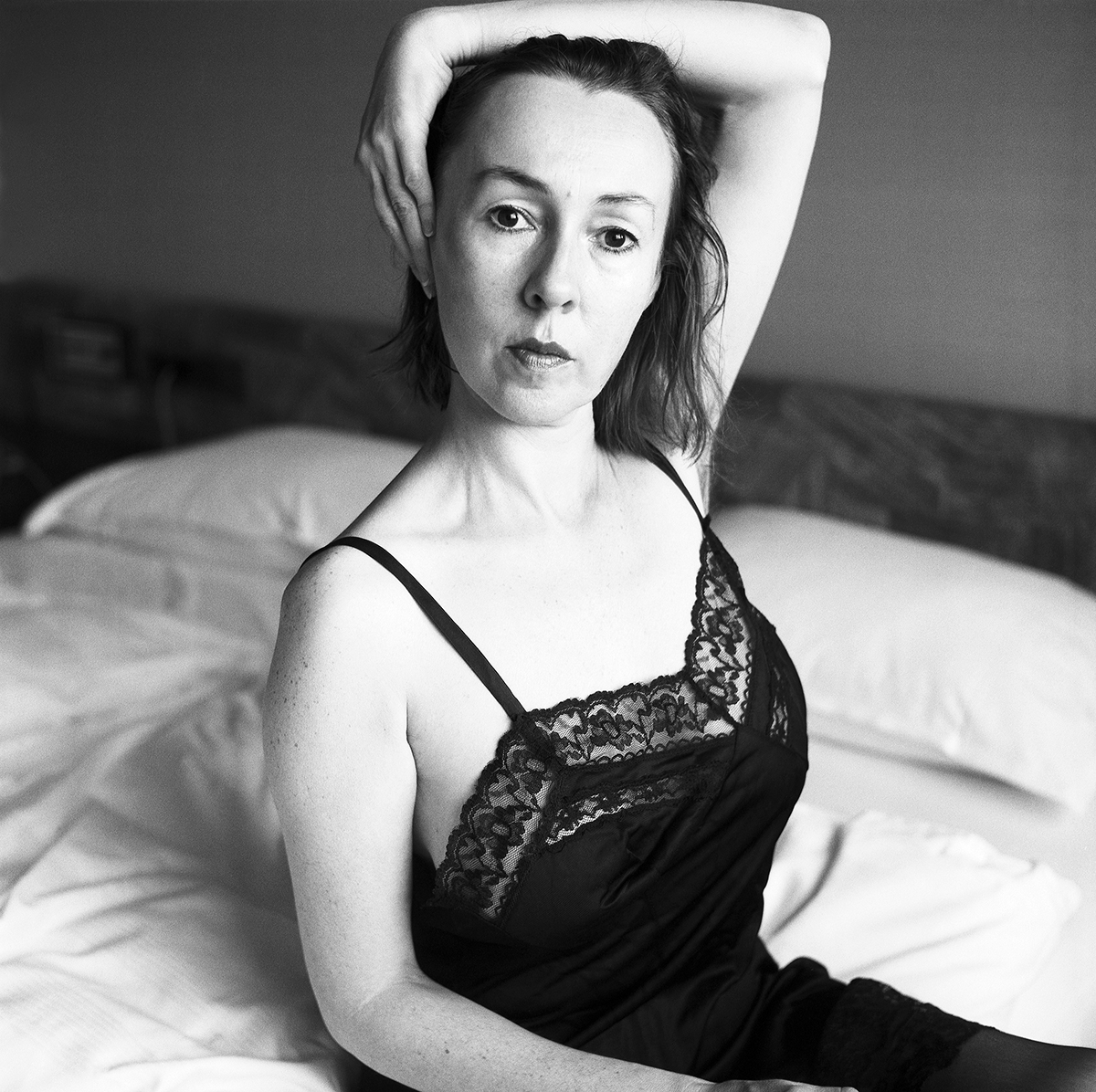 7. Speaking of reflecting, you had an exhibition at the Helmut Newton Foundation in Berlin, it’s called augen|blicke (In the Blink of an Eye), which is all your portraits of actors, actresses, screenwriters and directors from the last 20 years. Are there any pieces that are your favourite or have a good story behind them?

I’m very, very happy about this exhibition! The opening was 13th February this year, there was a lot of people, the room is so nice and there was a lot of press and TV shooting there, I was really overwhelmed. Often I only have a few minutes for these portraits but I have all of the actors, actress and directors with me for maybe five minutes in a hotel room or a lounge or other places. I’m very concentrated when I work, they sit and I show them how to sit, and find some concentration for a few minutes and then they look into the camera, both sides, and sometimes it happens, for a very small part of a second it happens and you can see something. So there are a lot of little stories or that people, most of them, are very happy and they say ‘nice, you say to me what I have to do and how to sit’, the actors and actresses have a director who says this too. But one very story is the portrait of Monica Bellucci with her eyes closed, we had it as the cover of the catalogue and it’s the poster too. I think it was 2000 or 2001 and at this time big eyelashes were not so in fashion as they are now, at this time there was only an older German actress, Hildegard Klef, who had these lashes and Monica Bellucci. I saw this in the first second and after we took the real portrait with her eyes open, I asked her if she could shut her eyes for me and, of course, she did it and it’s a really beautiful picture.

Yes, finally, now I have another project, a very long term project, it’s called Photographers and I’m doing portraits of international, well-known colleagues such as Cindy Sherman, Nan Goldin and Peter Lindbergh. I started in ’92 or ’91 with this work it’s a book and I’ve had exhibitions, but I’m continuing with this series and at the moment there’s more then one hundred portraits. I would like in the next months, this winter, to do some portraits for the series, of photographers in Berlin or in Germany. Last year we were all travelling so much and at the moment travel is not so possible so there are some in Berlin I want to photograph. And then I have to prepare an exhibition for May 2021 at the Haus am Kleistpark in Berlin. I will put together Modern Queens and Women in Hotel. Women in Hotel is ready, but there is still a little bit of work how to present Modern Queens.