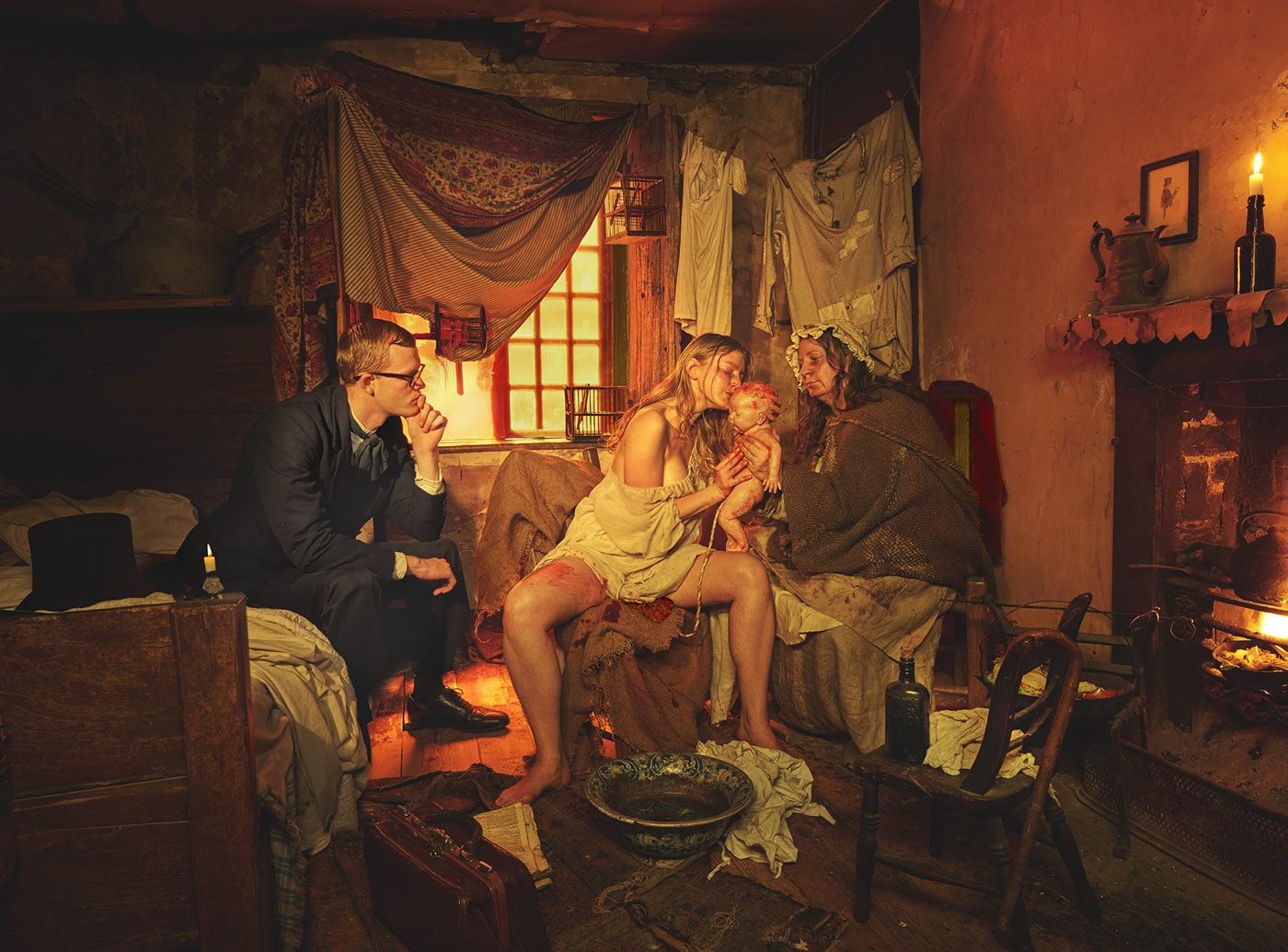 Fine-art photographer Natalie Lennard has created Birth Undisturbed, a fictional narrative photography series that brings scenes of natural childbirth into cinematic fine-art tableaux. Spotlighting women of history from the Virgin Mary to the Queen, the series is partly inspired by the artist’s own experiences of birth, loss and motherhood.

“In my 12-year career the female form has always been my focus”, says Natalie, “but I’ve never ventured into putting my mind deeply into my work, nor the passionate interest I’ve developed for childbirth. My own first child was an anticipated stillbirth due to a fatal condition, and then I had my second healthy child 15 months later – both born at home in an equally ‘undisturbed’ way. I wanted to create a series about empowered birth that would be, in my belief, ever timely in a global maternity crisis where mothers of ‘normal’ birth regularly experience birth trauma; a calling for a rebalance of the power dynamic and honouring of a woman’s instincts”.

Using storyboarding, meticulous planning of locations and models, a medium format camera and additional on-set film crew, both the final image and an accompanying short film help instigate audience discussion and enlightenment on famous birth theory that is yet still obscure to the mainstream. ‘Ejection Reflex’ uses pre-Raphaelite aesthetic to convey a reality that happens universally unnoted, to express the ‘fetal ejection reflex’ – a term coined by Niles Newton in the 60s, where a baby comes without pushing. ‘The Whitechapel Woman’ visualises a written memory by Dr. Grantly Dick-Read from his famous work ‘Childbirth Without Fear’, set in 1911 London, where one destitute woman’s rejection of chloroform inspired his life work and led to the eventual scientific discovery of hormones. In ‘Salle Sauvage’, a glass Cube set in a garden becomes a metaphor for Michel Odent’s French term (meaning ‘primitive room’), to depict a woman birthing amongst nature, a spectacle that that alludes to childbirth’s lift on social media censorship in 2018. 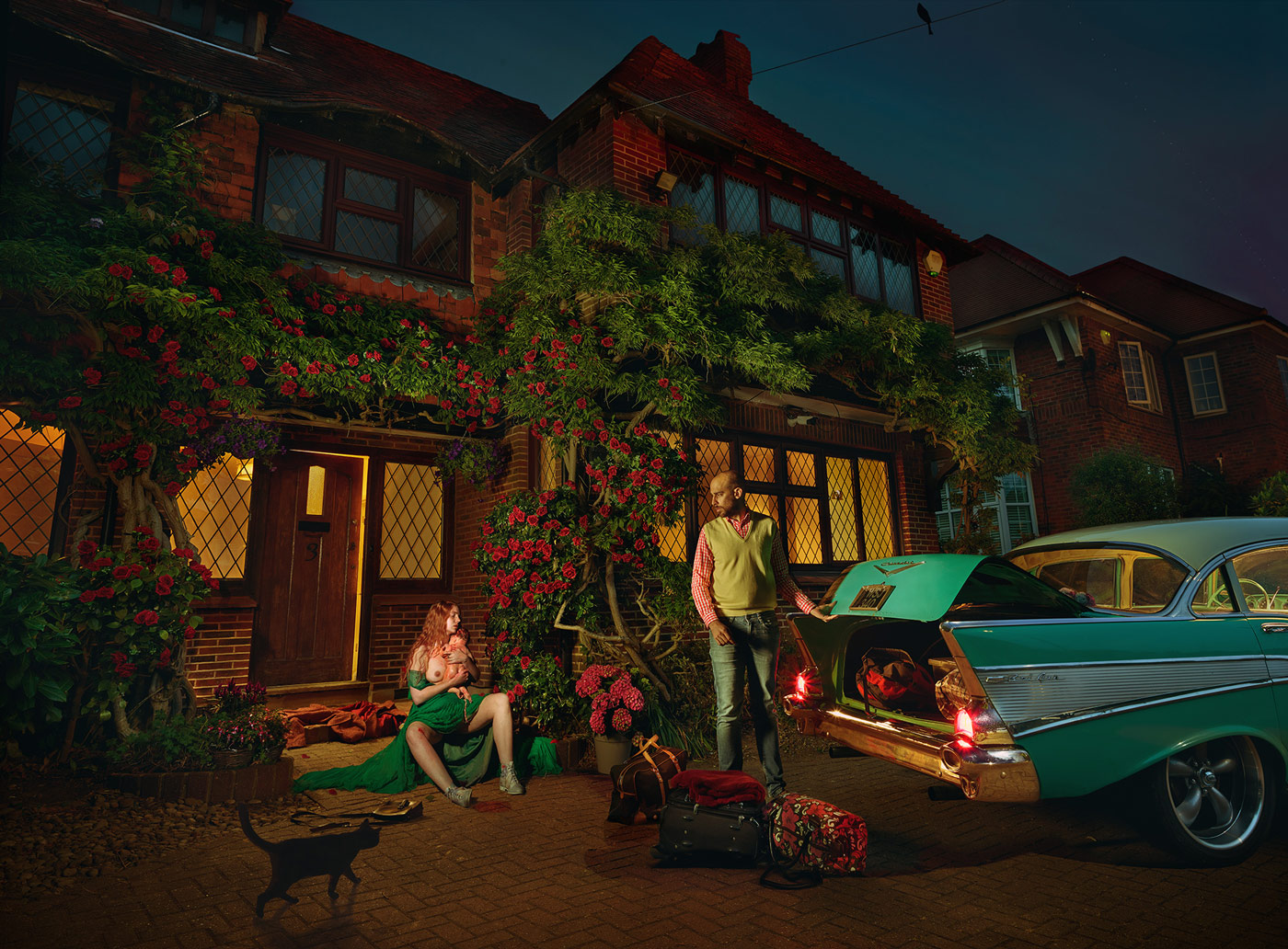 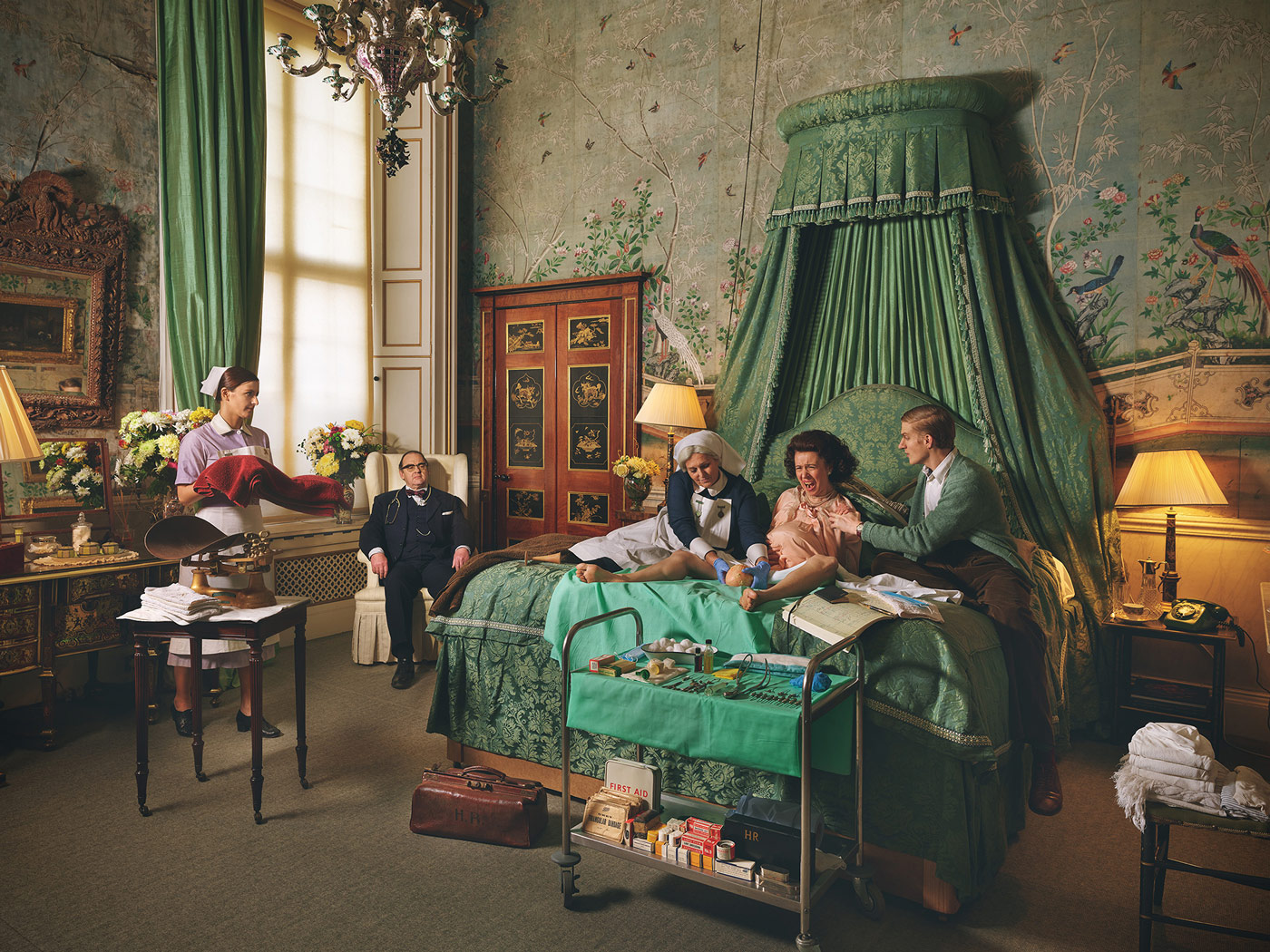 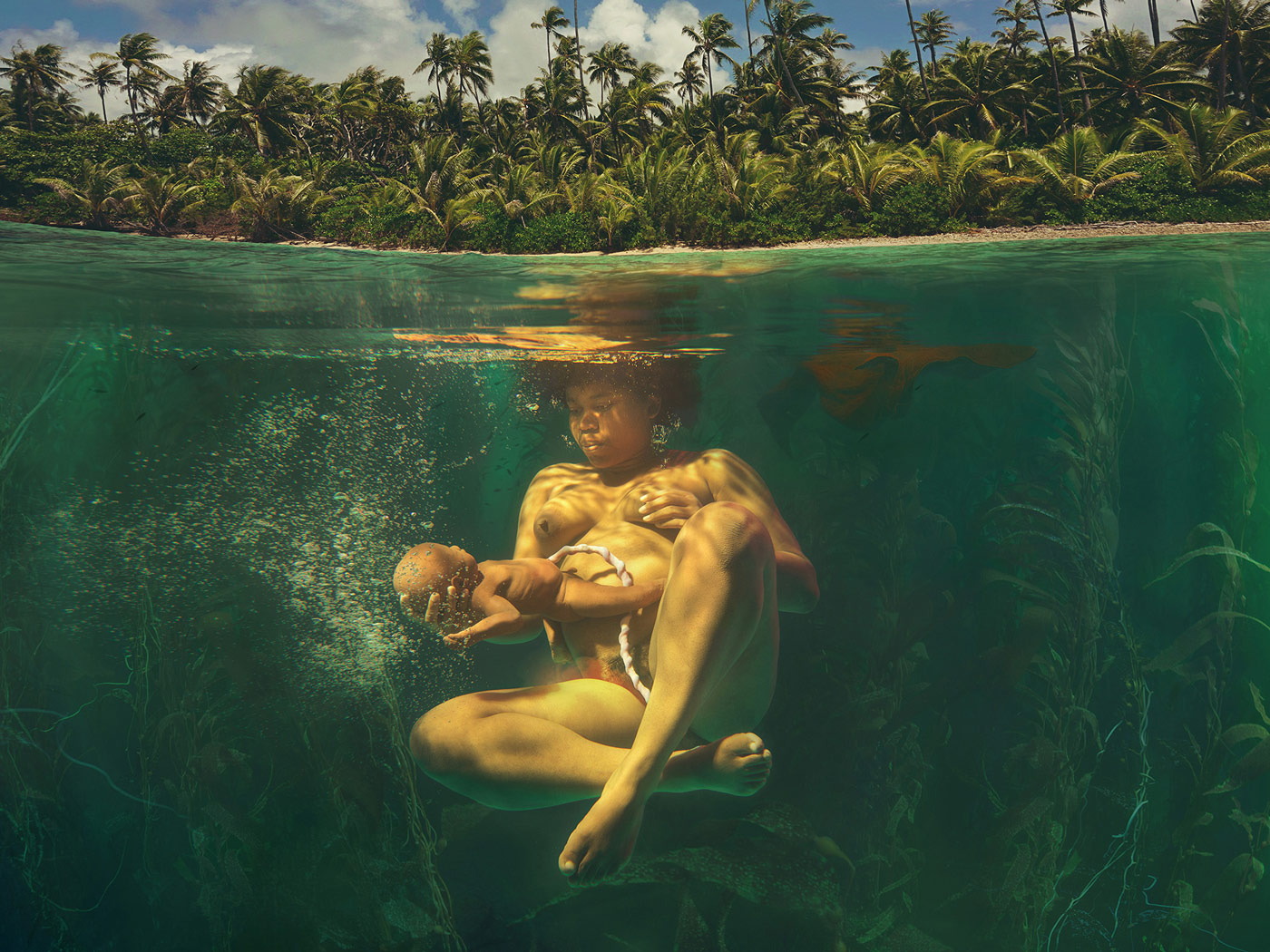 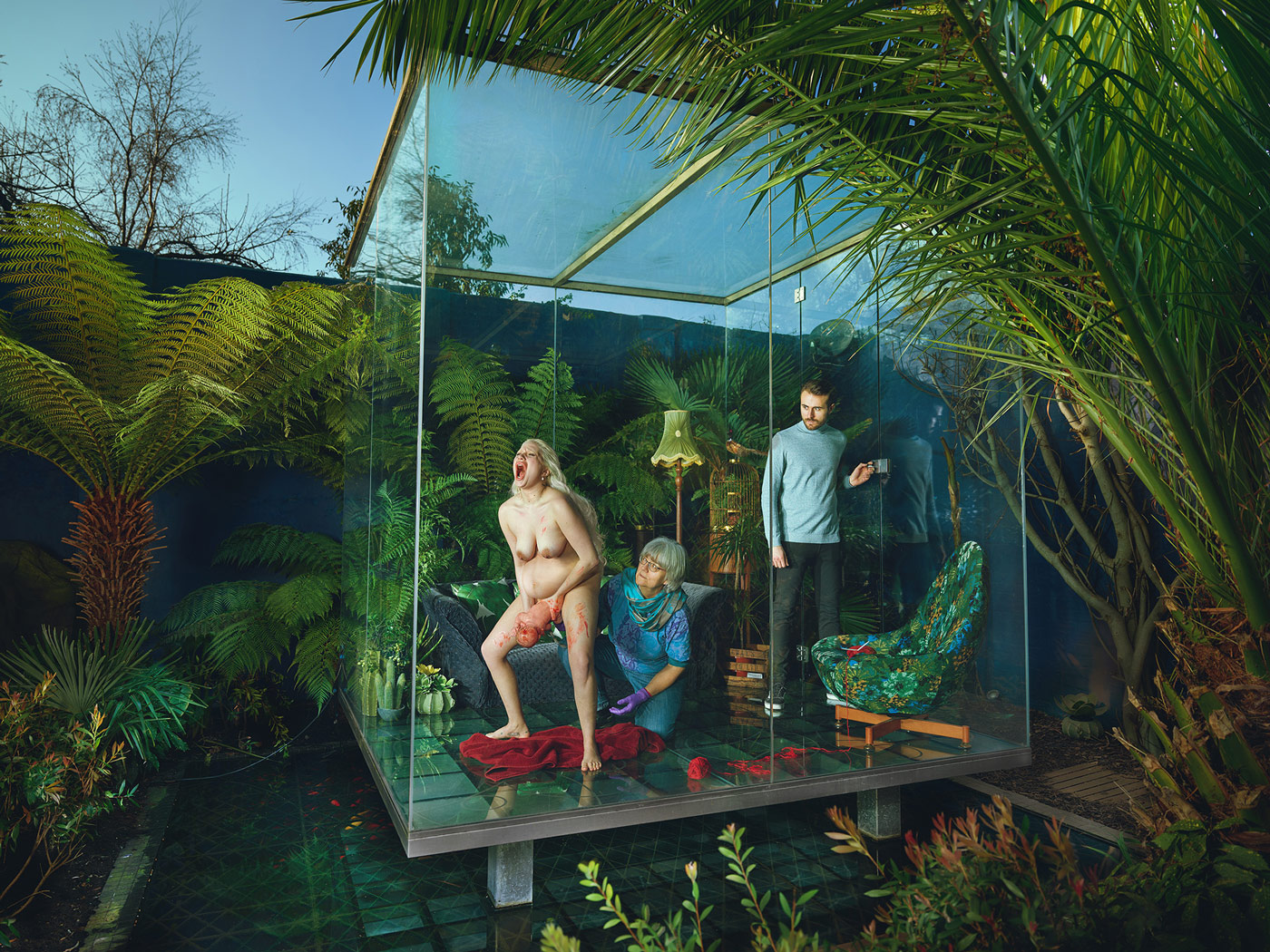 In ‘The Creation of Man’ we witness a graphic crowning of Christ, a vision that has eluded Nativity artists and may be the first ever photographic interpretation. ‘Royal Blood’ portrays the last Royal homebirth of Queen Elizabeth II in 1964 to Prince Edward in Buckingham Palace, to convey that the Queen broke several historic traditions including birthing unobserved. ‘Aquadural’ pictures a primitive woman, alone, giving birth in the ocean, to honour the history of waterbirth known from 2700BC. “The reaction to the images has been astounding, especially from women”, says Natalie, “they identify with the power in the images, they’ve bought prints, and even used them as an aid for their own births. I’ve spoken at midwifery conferences where my images bridge the gap between birth and art, and the implications for a unique coalition between these two separate worlds are tremendously exciting.” The series is halfway into completion and will continue next year with 6 further images, with the goal of an exhibition and book. 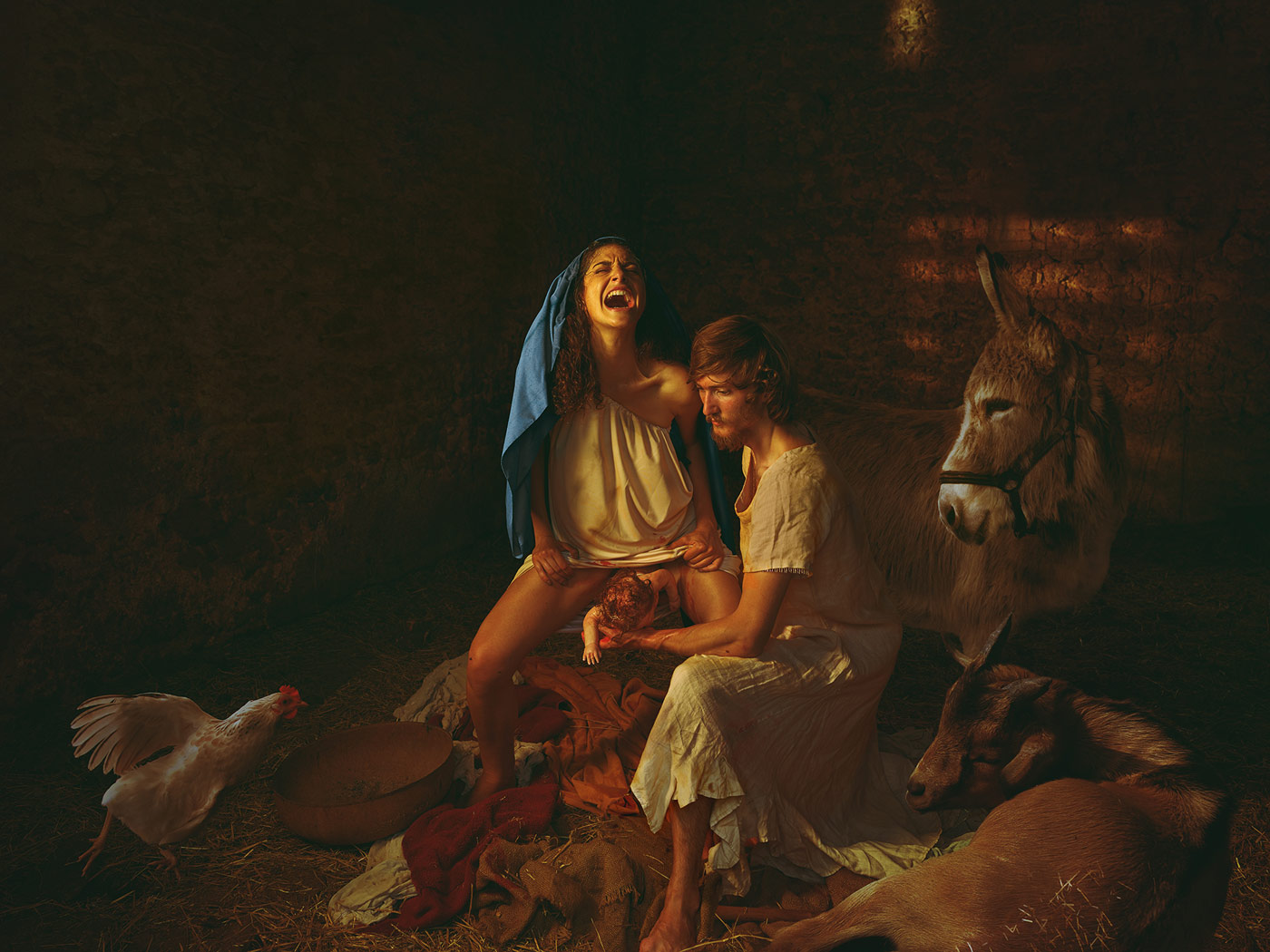 THE CREATION OF MAN – Birth Undisturbed

Full series and videos at www.birthundisturbed.com
Connect with Natalie and follow the series dialogue at www.instagram.com/natalielennard