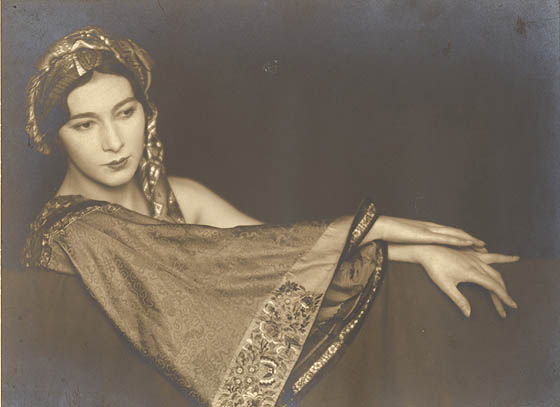 In the first decades of the twentieth century, high-end portrait photography was dominated by women, mostly from liberal Jewish families. Photography was a very attractive profession for them because it did not require academic qualifications, which were still very difficult for women to acquire and it offered a career, often working from home, with artistic recognition and little financial outlay.

Interwar Austrian photographers Anni Schulz and Marianne Bergler Blumberger worked together from the late 1920s as press photographers in Vienna before the rise of Naziism forced Bergler to flee to the US in 1938; Schulz died in 1943. They marketed their impressive photo reports under the name Blumberger-Schulz. Contemporaries included Betti Mautner, Trude Fleishmann, studio photographers Edith Glogau, Trude Geiringer and Dora Horovitz, and Edith Barakovitch.

Trude and Dora jointly ran a portraiture studio Atelier Geiringer & Horovitz at Stubenring 2, Vienna from 1925 taking many well known pictures of the artists and celebrities of the day, including actress Elisabeth Bergner and Fatma Karell. They were forced to close the studio by the Nazis in 1938.

Like contemporaries Trude Fleischmann, Edith Glogau and Edith Tudor Hart, they fled Europe. Trude settled in the United States, working at the Apeda Studio in New York and then opening her own which she ran until the end of the war. Dora went via Belgium to France and then to California in 1939 where she ran her own successful photography business – Harvey Studio – with her brother, Harvey, until her death.