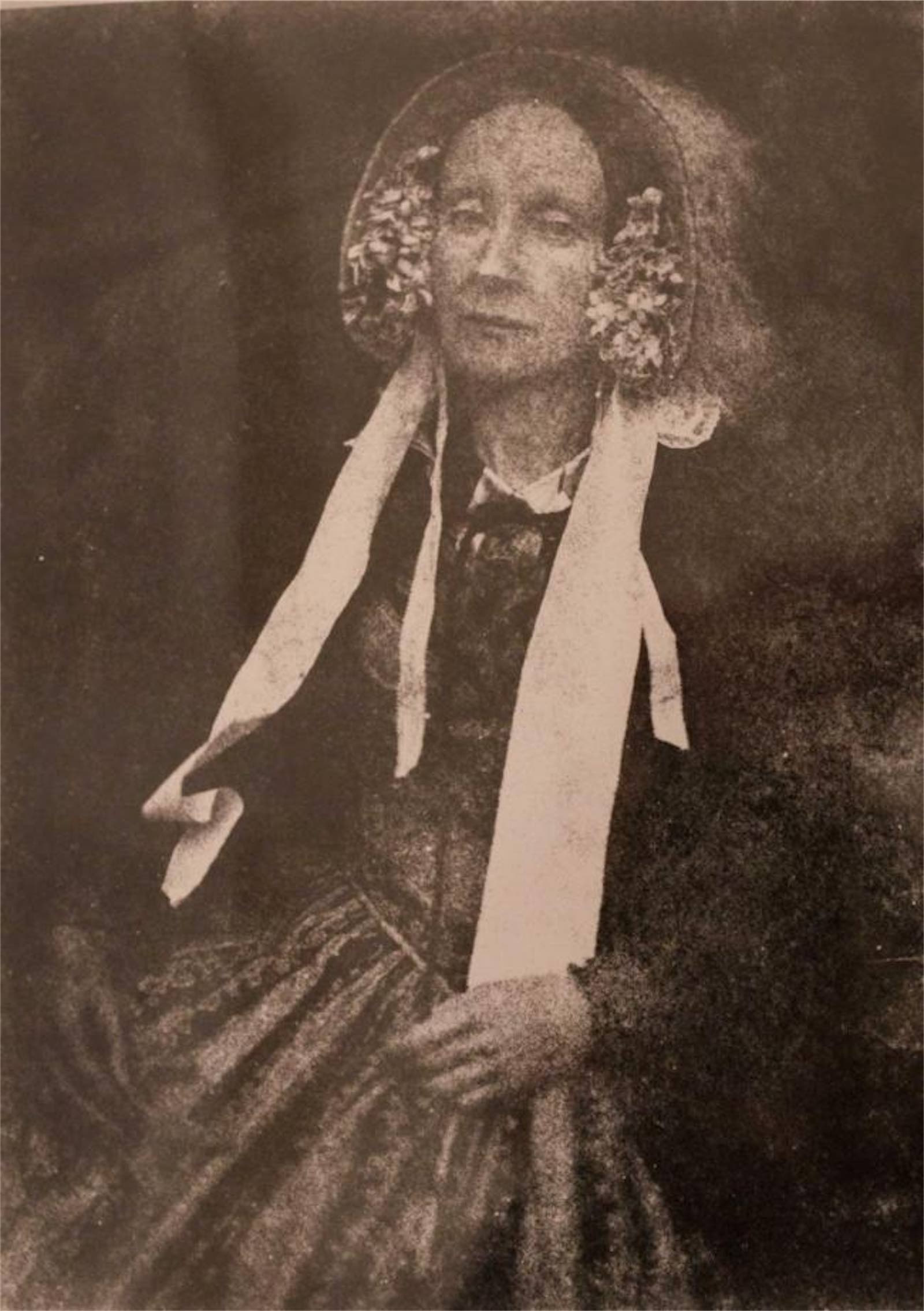 Born Janet Mann, Jessie Mann is regarded as the first Scottish woman photographer. Born in Perth on 20th January 1805 to Alexander Mann, a house painter, Jessie grew up with her four sisters and a brother, opposite the house of Scottish painter, photographer, and arts activist David Octavius Hill.

After her father’s death in 1839, she moved to Edinburgh with her two sisters to live with their brother Alexander, a solicitor, who eventually became Hill’s solicitor.

It was perhaps her early exposure to these painters that influenced Jessie’s interest in photography. She moved to Leopold Place, when Alexander married, and was in close proximity to Hill & Adamson studio – the first photography studio in Scotland, set up by David Octavius Hill and photographer and engineer Robert Adamson in 1843.

Roddy Simpson, a former secretary of the Scottish Society for the History of Photography, believes that a portrait captured by David is likely to be an image of Jessie. Roddy, who found the image ‘Two Women in Bonnets’ in the Special Collections Department said: “It is clear from an examination of this photograph that it represents two of the three Mann sisters in The Disruption painting. The younger woman, standing beside one of her older sisters, is likely to be Jessie”.

It is also believed that Jessie is the assistant who made the photograph of the King of Saxony in 1844, taken at the studio whilst David and Robert were unavailable. A resulting print is now in the Scottish National Portrait Gallery. Described in an 1845 letter, from the painter James Naysmith to David, as “that most skilful and zealous of assistants”, Jessie worked at Hill & Adamson studio for two years, until Robert’s death. Following that, she worked as a school housekeeper in Musselburgh, before returning to Edinburgh. Jessie died of a stroke on 21st April 1867, aged 62.

Jessie was part of the exhibition Painting with Light: Art and Photography from the Pre-Raphaelites to the Modern Age, held at The Tate Britain in 2016. The exhibition was an homage to six forgotten women pioneers of photography. Commenting on the erasure of these early women photographers, curator Carol Jacobi said: “I think there are many reasons for it. One is that people are not expecting them to be there, so they don’t look for their work. Their work just doesn’t seem to be kept and looked after; biographies aren’t written of them. So there is a tendency for us just to lose sight of them”.

This is despite photography presenting itself as an attractive option to Victorian women, especially those from wealthy families as they could purchase the equipment and materials needed to create images, and could train themselves. Painting, on the other hand, was harder to get into. As Carol continues: “The whole art school system was much harder for women to negotiate because there weren’t the places for them, and they weren’t allowed access to the life room. But with photography you could bypass that training, simply by knowing one photographer who could help you.”