By Del Barrett23rd May 2022No Comments 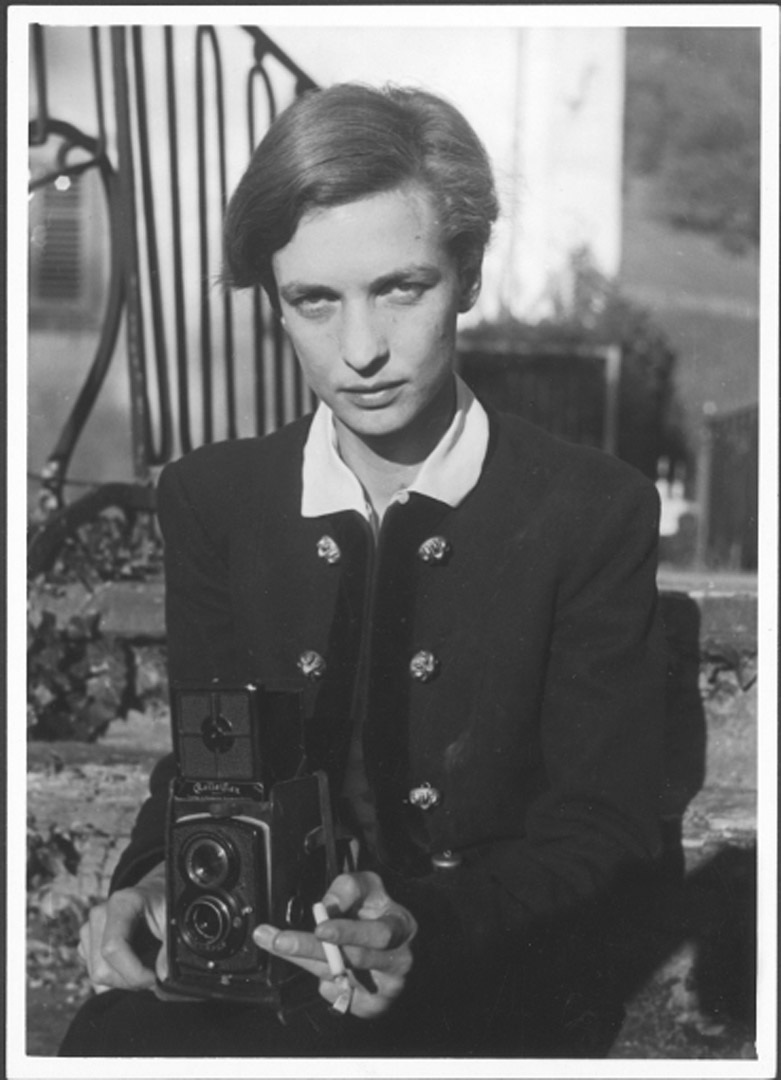 Recognized as a notable LGBTQ+ fashion icon and an accomplished twentieth-century author, Annemarie Schwarzenbach was also a prolific photographer.

She was born into an aristocratic Swiss family in Zurich in 1908. Her parents allowed her to disregard traditional gender norms and she continued to present in a masculine style throughout her life: her neckties and short hair are now iconic.

At just twenty-three, Annemarie received her doctorate in history and published her first novella. Her primary passion was for writing and the success of her first book encouraged her to publish many subsequent works.

After university, Annemarie became entangled in the bohemian nightlife of early twentieth-century Berlin. She mixed with a range of artists and other nonconformists. According to one friend she lived dangerously, drank often, and hardly slept. She had many women lovers, but it was a short-lived relationship with Erika Mann, who remained a close friend, that left the deepest scars.

This free existence was halted with the rise of Hitler. Against the sympathies of her elite family, Annemarie dedicated herself to anti-facist activism. She financed the publication of anti-facist writers and took up her camera to document the rise of facism in Europe.

Perhaps most notable from this time are Annemarie’s photographs of Hitler’s Youth in Vienna taken in 1938. In the same year she traveled to North America, with fellow photographer Barbara Hamilton-Wright, and photographed the lives of the dispossessed. She captured the experience of those suffering in the aftermath of the Great Depression and through this became a vocal supporter of workers’ rights – again to the chagrin of her upper-crust parents.

Her travels took her not just across Europe and the Americas but also to the Middle East and Central Asia. A selection of her travel photographs can be viewed online here. She always had a camera with her for both photo-journalist and personal purposes. She sold numerous photo-reports to American, German, and Swiss newspapers.

Her passions for writing and photography combined when she wrote a biography of amateur photographer and mountaineer, Lorenz Saladin. Annemarie was inspired by her fellow countryman’s zest for life, political convictions, and his travel photography.

Annemarie’s life was marked by strong political convictions, a fierce battle with depression and drug addiction, and a seemingly limitless wanderlust. She died young, at the age of just 34, following a cycling accident. Perhaps still bitter about her daughter’s activism, Annemarie’s domineering mother burnt her diary entries and letters. Thankfully her photographs were saved by a friend and are now housed in the Swiss Literary Archives in Bern.