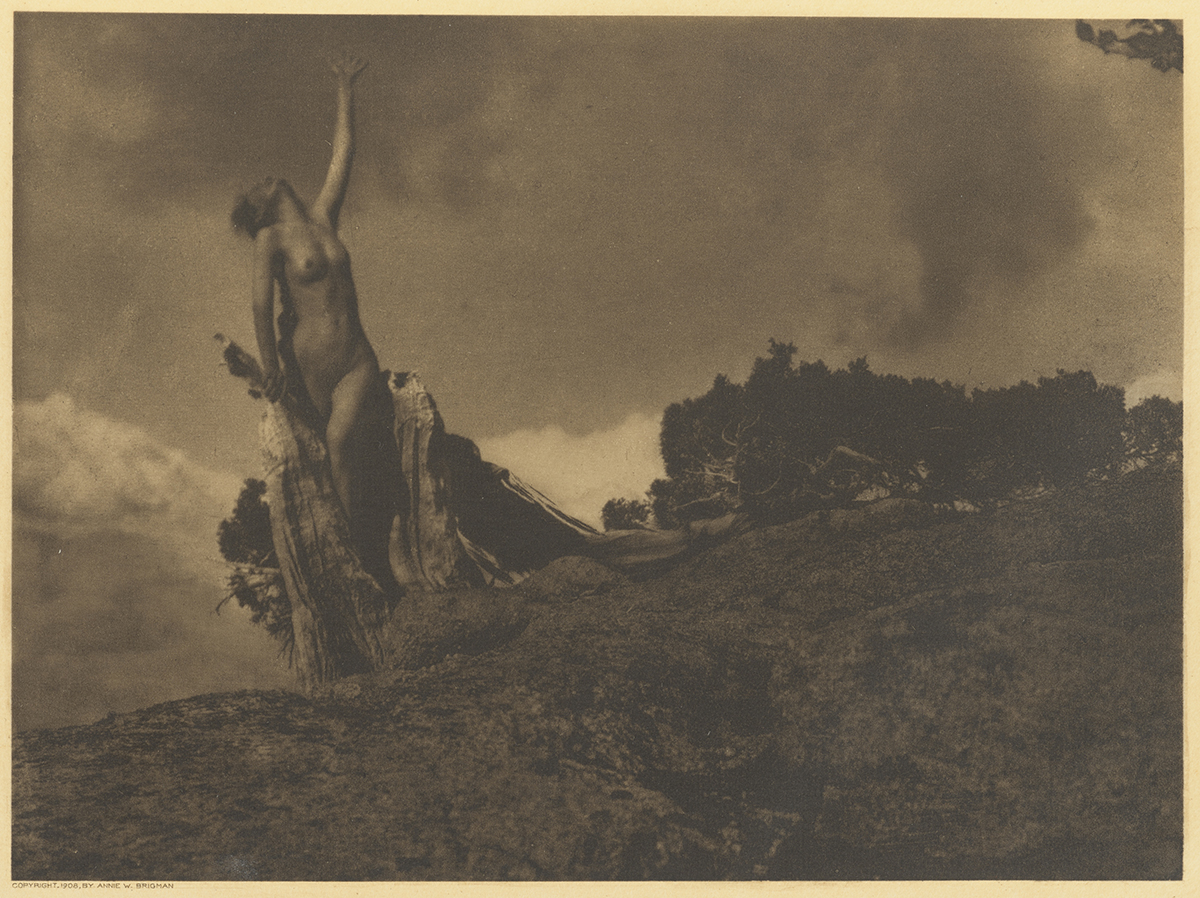 Anne Brigman (1869-1950) was an American photographer, artist and feminist icon. She freed herself and the women she photographed from corsets and clichés, revolutionising female nude photography.

She was born in Hawaii but moved to California with her seven siblings at sixteen. In 1894 she married a sea captain with whom she often travelled to the South Seas. The photographer Imogen Cunningham narrates that, during one of their voyages, Brigman injured herself and had one breast removed.

Her photography focuses on capturing graceful silhouettes, elegantly immersed in nature. ‘Soul of the Blasted Pine’ (1908) is a self-portrait of the artist in which her naked body emerges from a tree trunk on the top of a hill. With one arm up in the air and a gloomy sky behind her, she appears like a nymph from Greek mythology and her body melts into the magnificence and wilderness of nature.

‘My pictures tell of my freedom of soul, of my emancipation from fear’, states the photographer, who found the power to express herself amongst the trees in Sierra Nevada. At the beginning of the 20th century, her actions must have looked outrageous, even shameful. Today, Anne represents the unheard voice of women, often oppressed by society and in constant need to fight for the claim on their own bodies. 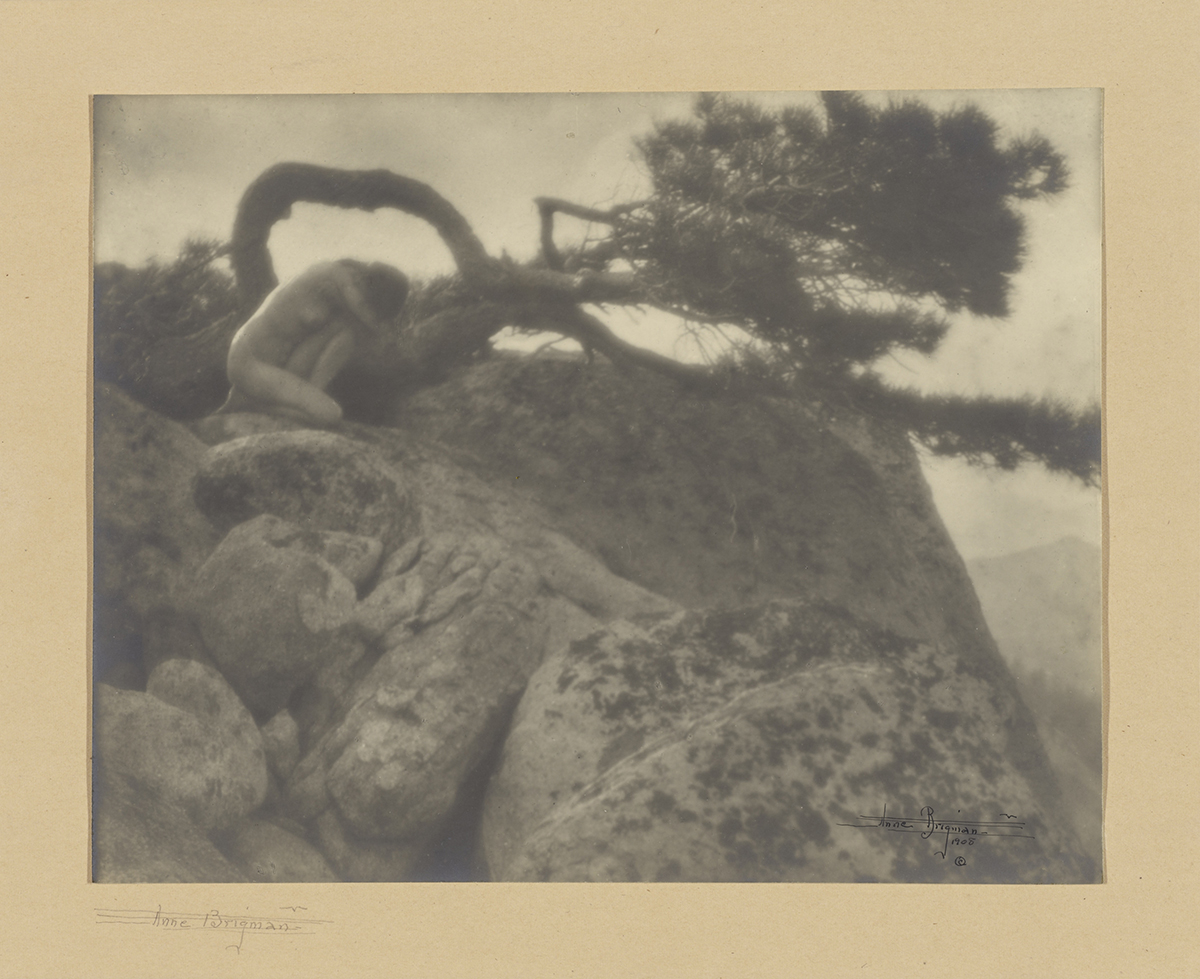 all images © Courtesy of the Getty’s Open Content Program.