Strange times make for strange programmes. Follow this one associatively through an upside down world, a world that had once seemed solid and is turning out to be quite undependable.

Norwegian artist and film director Inger Lise HANSEN’s excerpt from a 9 min film explores that upside down feeling through a lens. Malena Szlam, Chilean filmmaker and visual artist, filmed in the Andean Mountains in the traditional lands of the Atacameño, Aymara, and Calchaquí-Diaguita. A plague has invaded Carolina Boettner’s world imagined in 2013. She is an Argentinian filmmaker currently living in Berlin and is followed by Claudia Larcher, an Austrian artist and filmmaker, who shows a fictional pan shot of a traditional Japanese house in an excerpt from an 8 min film. How to actually take precautions against the real pandemic of 2020 is danced in the Indian film; social distancing encouraged by members of the Dutch National Ballet and the Masaka Kids Afrikana, from a Ugandan orphanage whose parents died of AIDS, dance the fight against the Covid19 crisis. Wearing masks is said to be one of the best precautions against the disease. The five vocalists from Denmark, Norway and Finland, Kamilla Kovacs, Anna Mose, Guro Tveitnes, Johanna Sulkunen, Jullie Hjetland built their work around masks while Claudia Larcher had emoji mask carved from wood for her work  face2face. Since the unnatural proximity of wild animals due to their living space being reduced  by humans seems to be a repeated cause of recent epidemics, we visit the upside down world of bats followed by an uplifting ending by Newen Afrobeat, a Chilean band that features Nigerian musician, composer and political activist, Fela Kuti’s (1938 – 1997) musical heritage. Let’s Dance! 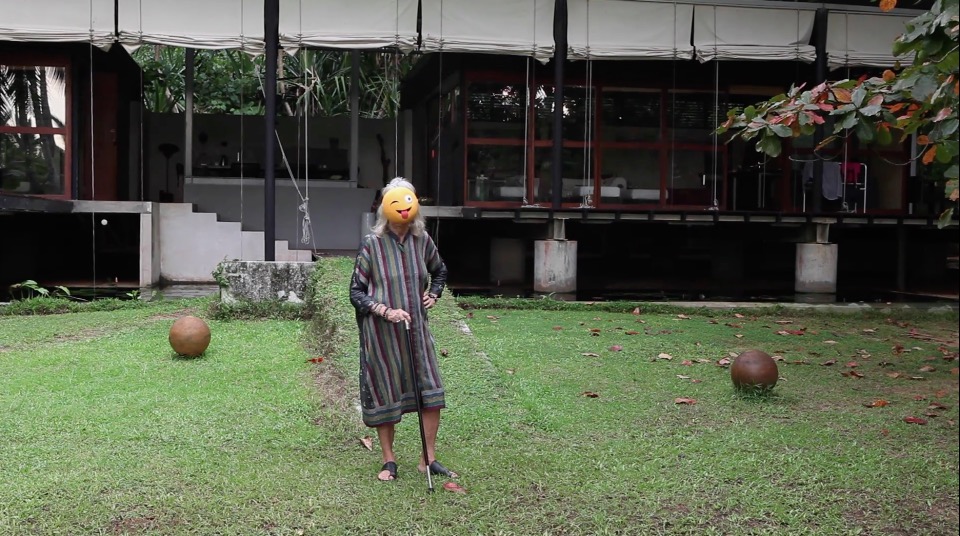