With three nominees being women in photography, Hundred Heroines take a Deep Dive into 25 years of the Deutsche Börse Photography Foundation Prize

For the 25th anniversary of Deutsche Börse Photography Foundation Prize, Hundred Heroines is taking a deep dive into how the prize has evolved and the role it has played in shaping the careers of contemporary photographers as well as the twenty-one photographic Heroines who have been shortlisted for (or won) the prize. Hundred Heroines’ Enez Nathié spoke to both the Deutsche Börse Photography Foundation’s Director, Anne-Marie Beckmann, and the Senior Curator at The Photographers’ Gallery, Anna Dannemann, to hear about their work with the prize and the hopes they have for its future. Read on to find out more about the prize’s past, where it stands now and plans for its future.

The Deutsche Börse Photography Foundation Prize was established by The Photographers’ Gallery in London in 1996. Although only 25 years have passed since its inception, a lot has changed, both with the prize and the field of contemporary photography.

The prize has altered its geographical scope, funding partner, and the lives of many contemporary photographers. On the occasion of its 25th anniversary, the shortlisted artists come from more diverse backgrounds than ever before.

It is only the second time that three out of the four shortlisted artists are women photographers, and the first time that all of the shortlisted artists originate from outside of Europe and the U.S.A. The director of the Deutsche Börse Photography Foundation, Anne-Marie Beckmann, proudly states that this year’s prize and shortlist “speaks for itself” and is symbolic of a prize which has been “on the pulse of the medium for 25 years, but also more and more on the pulse of political developments and societal development.”

The prize celebrates “a substantial body of work produced in the medium of photography that is judged to have made the most significant contribution to photography during a twelve-month period.”

The winner is awarded a prize of £30,000 and also prestigious recognition from the wider photographic industry. But more so than commendation and money, Anne-Marie Beckmann suggests the winner of the prize has the power to influence generations of artists to come who will be exposed to their work.

The prize therefore plays an important role in propelling the careers of individual artists as well as shaping the future of contemporary photography. 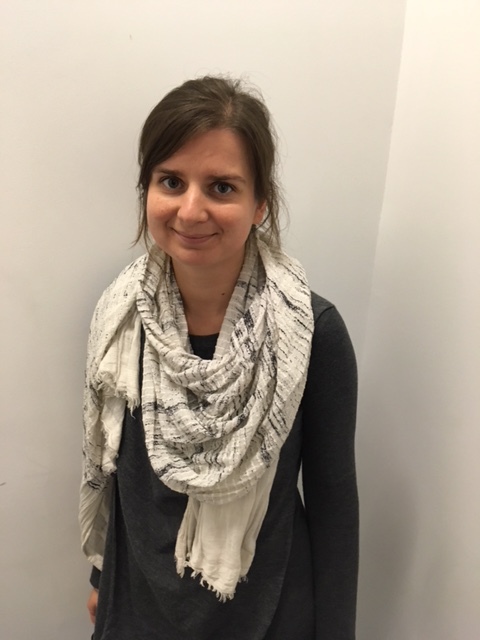 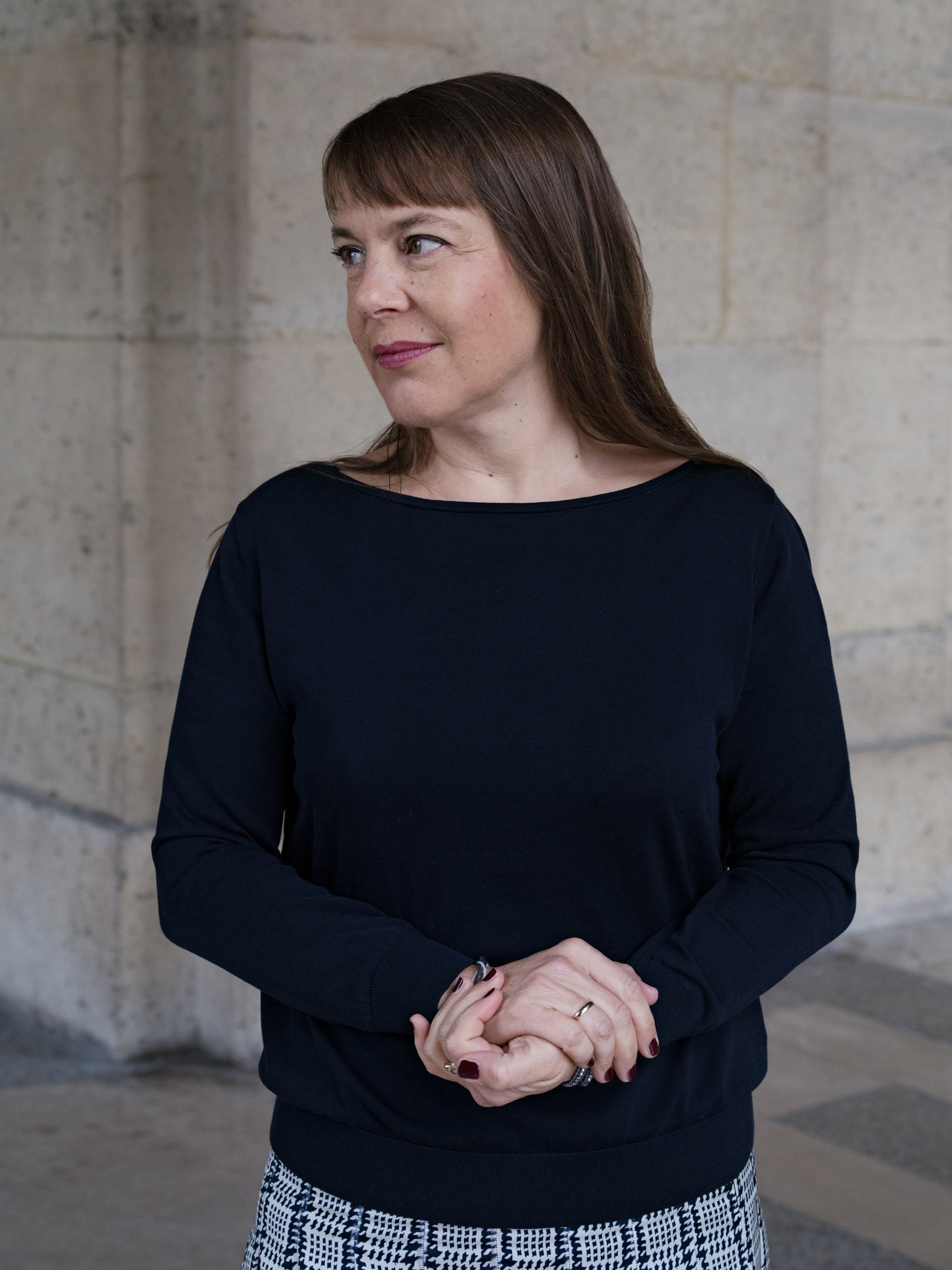 Anna Dannemann, the current senior curator at The Photographers’ Gallery, confirms that “photography, still in the 90s, had this position of being the stepchild in the art world. It wasn’t being taken seriously.” Today, the prize is known as one the most prestigious awards in contemporary photography, clearly showing the chasm it filled in recognizing and giving institutional support to the medium.

In 2005, the Deutsche Börse Group took over primary sponsorship in a move that Anne-Marie explains “made sense for us, because it was already such a prestigious award with such a high reputation.”

Adding on that “for The Photographers’ Gallery, it was a chance to rethink it solely from a British prize: it became a European prize, it went from an open nomination, to expert nominations through the academy, we raised the prize money and the money for the shortlisted artists.”

As explained by Anne-Marie, the prize and its inner workings have changed multiple times, and are likely to continue to do so.

This is how they see the prize maintaining its prestigious status. In 25 years, the field of contemporary photography has seen a lot of changes: from the prominent influence of the Dusseldorf School of Photography, to the trend of using new technologies such as Google Street View, to then reverting back to old school gelatin silver prints.

However, artistic modes have not been the only significant change; there has also been an important wakeup call regarding inclusivity and diversity in art institutions.

In the history of the prize’s 101 shortlisted artists, only 35 have been non-binary or women photographers. Additionally, only 5 of the 24 winning artists have originated from outside of Europe and the U.S.A.

Anna Dannemann explains that the prize is “a reflection of society, but also the art world, or more specifically, the photography world” — a world and industry which has been historically Eurocentric and dominated by men.

The selection criteria for the prize mandates that nominated artists must have exhibited or published a substantial body of work within Europe. In that sense, the prize depends largely on the industry, and on what and who is being exhibited on the walls of museums and printed on the pages of photo books. The issue of the prize’s diversity is therefore a microcosm of larger issues within the industry.

Anne-Marie agrees that awareness regarding the need for greater diversity has heightened: “We are challenged as art institutions. Because there are communities putting their finger on the wound, as we say.”

Anne-Marie explains that they are in constant conversations about how to ensure that the prize truthfully represents the existing diversity in the field of contemporary photography with a greater inclusion of women of colour photographers.

As the prize becomes more diverse, Anna and Anne-Marie are keen to show that they are not resting on their laurels and are re-evaluating the judging criteria to ensure that the prize stays up-to-date with the industry.

In the past 25 years there have also been significant technological advancements. The first commercial camera phone was released only 3 years after the prize initiated and now most phones come equipped with a camera.

These changes have surely democratised the access into the field of photography, but I suggest that this must also make it harder to distinguish between amateur photography and significant bodies of work. Anna agrees that “it has to be a balance […] you want to open it up enough to be inclusive, and to represent the diversity of the medium and how it’s changing. But at the same time, you still need to have a focus as well, and have a real discussion around what photography is now.”

However, Anne-Marie assures me that a good image comes from much more than just having access to technical equipment. A good image is defined by “the way you look at the world. It’s the way you’re able to capture what you see or how you perceive the world as an artist, and bring that to somebody else… And this is something that some people can do, but not many.”

As a prize which was first established to celebrate an under appreciated medium, it has definitely achieved (and surpassed) its founding aim.

Photography is a part of the daily life of billions across the globe and is given centre stage in prestigious museums and publications. So, what does the prize hope to achieve now? Anne-Marie assures me that “an art form doesn’t have to be celebrated only because it’s maybe not recognised in the way we think it should be.”

It is clear that photography and lens based media are here to stay, and the Deutsche Börse Photography Foundation prize is working hard to ensure that they will remain a key figure in the industry.

With the paradigm shifts that have happened in the past quarter-century, it is hard to imagine what the next 25 years have in store for the medium of photography.

But the Deutsche Börse Photography Foundation and The Photographers’ Gallery hope that the future holds even more diversity. This is a change which they have already been working on internally, ensuring that the jury and academy in charge of nominating artists are representative of the larger field of contemporary photography.

Anne-Marie hypothesises on the future of the prize, suggesting that “it will be even broader, more global, more diverse […] Also, the pandemic has accelerated the connections through the digital world. It’s including more areas and regions that haven’t been presented in physical exhibition[s] in the same way.

And though the world will probably change again, when the pandemic is over – knock on wood! I think some things will remain, and this is the interconnectivity, and the much bigger flow of exchange between cultures and regions.” 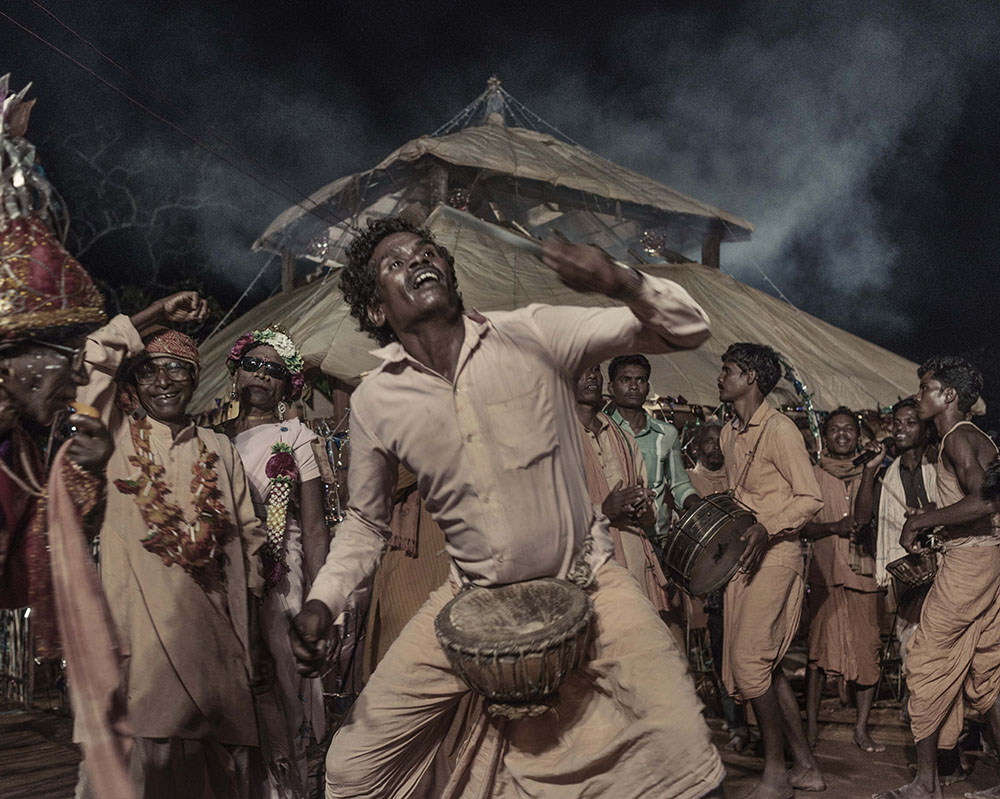 © Poulomi Basu from ‘Centralia’. Shortlisted for the 2021 DBPF

This year, the shortlisted artists clearly demonstrate how photographers are increasingly in direct conversation with contemporary social and political issues. Although the prize has not historically always been at the forefront of celebrating diversity, perhaps the 25th anniversary of the prize can be seen as a litmus test for the future inclusivity of the prize.

The Guardian’s Sean O’Hagan suggests that this year’s shortlist “seems random and wilfully unrepresentative of the medium.” However, it may be precisely representative of a medium which is pushing the limits of its definition through continued innovation and re-invention.

It is likely that the prize may be increasingly perceived as ‘random’ as it strives to be more diverse and to celebrate artists with different approaches to the medium. Maybe this perceived randomness is something which should be celebrated as an indication of the increasing interdisciplinarity and range of perspectives in the art world.