By Gabby Kynoch6th January 2022No Comments 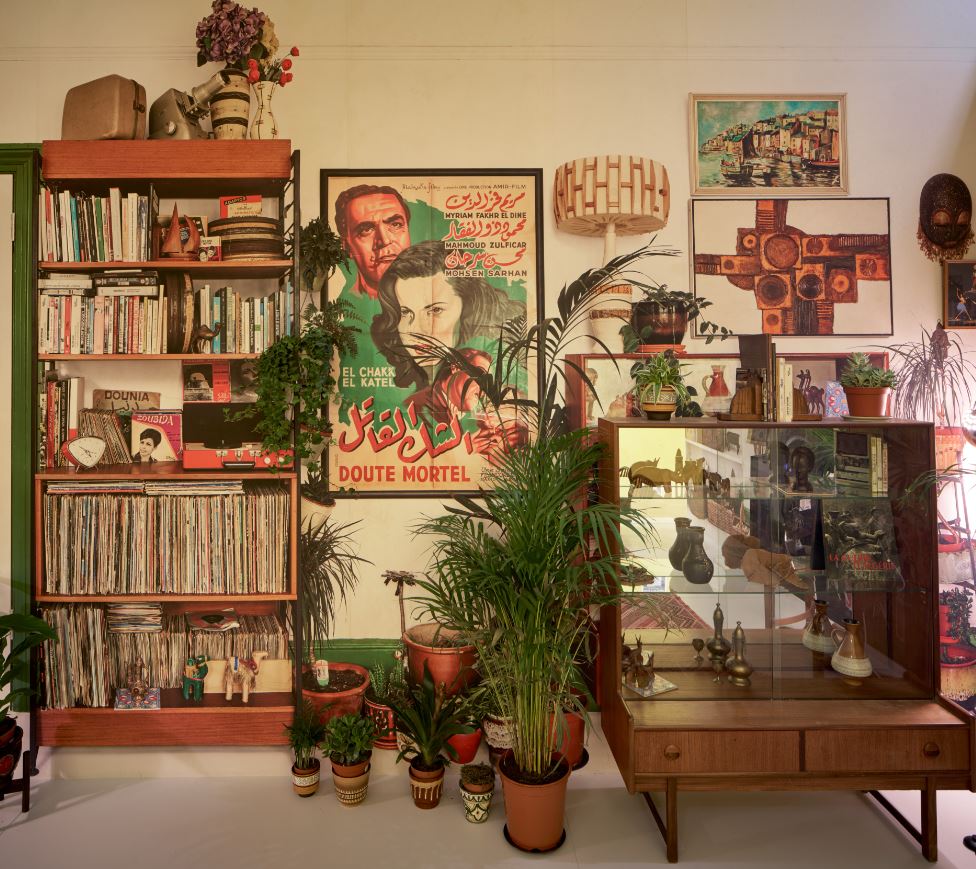 Recently announced as the artist chosen to represent France in the 2022 Venice Biennale, Zineb Sedira is one of the leading women in photography. She is widely recognised for her explorations of modernism and identity through her photography, films, and installations.

Voice-Over: Zineb Sedira, has been on view in Arizona since last May. Ahead of the Biennale, which begins Saturday, 23rd April 2022, the exhibition at Scottsdale Museum of Contemporary Art provides an opportunity for visitors to experience her work in person.

The exhibition features the United States premiere of her work Standing Here Wondering Which Way to Go. First shown in 2019 at the Jeu de Paume in Paris as part of the exhibition A Brief Moment, this new version has been created specifically for SMoCA.

The work is inspired by the 1969 Pan-African Festival of Algiers — a key cultural festival which marked Algeria’s important role in various anti-imperialist, post-colonialist liberation movements in Africa.

In Zineb’s words, ‘[…] the First Pan-African Festival of Algiers [was] organised by the Algerian state in 1969. In this context a major film by William Klein was commissioned to document the various cultural events.

[…] ‘The 1969 celebration was to send a strong international message: to promote culture as a revolutionary weapon (agitprop) calling for mobilisation, agitation and critical consciousness.’

The installation is composed of four ‘scenes’ which echo cinema, theatre and music festival stages. The work’s central element, ‘Way of Life’, is a life-size diorama which recreates Zineb’s London living room.

Also on view are several of Zineb’s videos, which exemplify her interest in how stories are collected, recorded and transmitted – with particular reference to intergenerational oral histories and colonialism in Algeria.

According to the curator of Voice-Over, Natasha Boas, “Zineb Sedira’s work is as personal as it is political. Although her work is most often based in the investigation of her own identity and history in relationship to the African diaspora, she creates work with expansive themes around memory, migration and the archive.

Posing important questions on the relation between history and aesthetics, trauma and form, [Zineb] has established herself as a significant voice in a global contemporary artworld conversation.”

Voice-Over: Zineb Sedira is on view at the Scottsdale Museum of Contemporary Art, Arizona, until 30th January 2022.

Two photographers, Poulomi Basu and Zineb Sedira are shortlisted for the Deutsche Börse Photography Foundation Prize 2021 and will feature in an exhibition at The Photographers’ Gallery