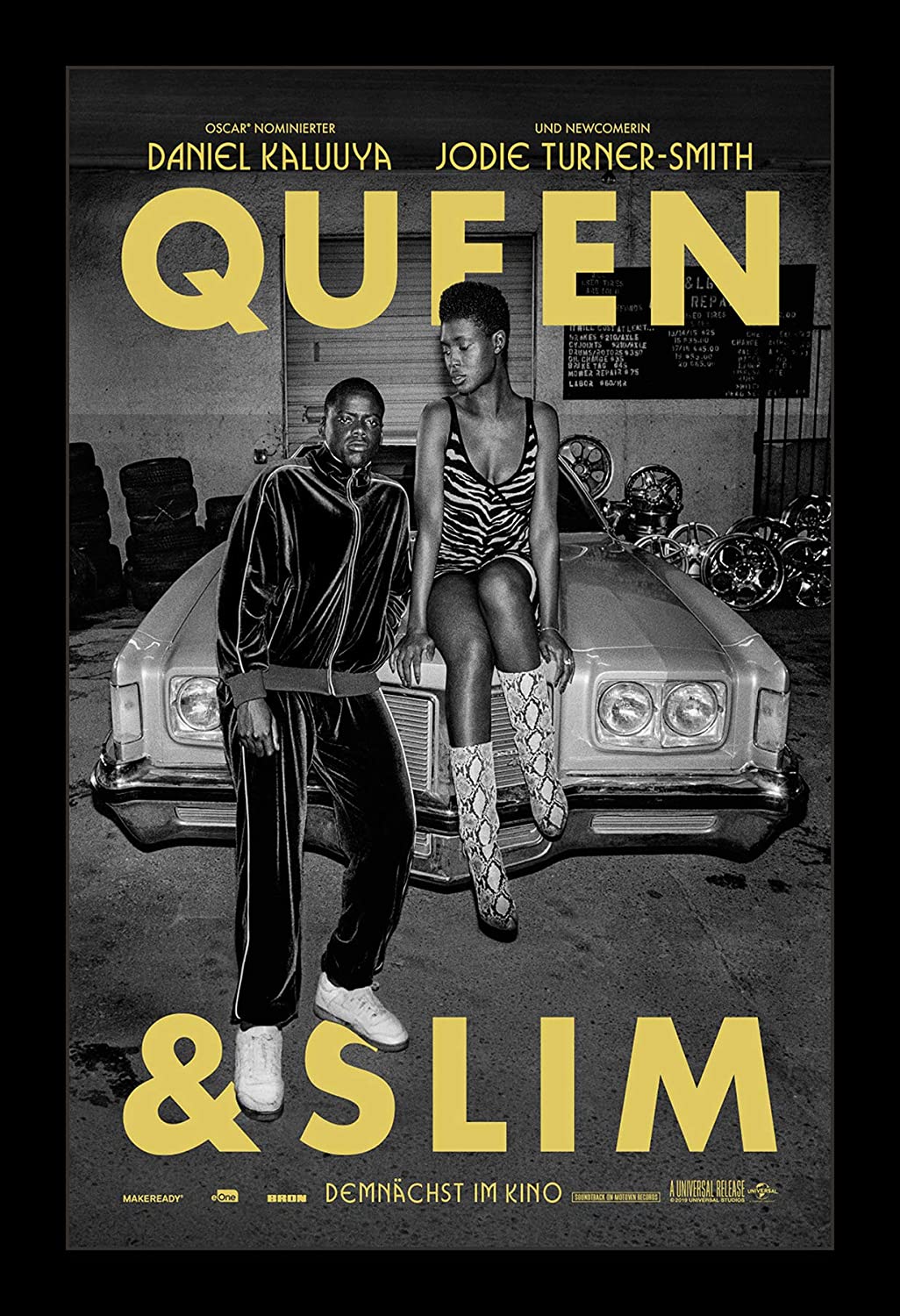 I’ve seen the poster all over South London. Black and white with thick yellow font saying “Queen & Slim.” A black couple is standing side by side with fear in their eyes and pride in their stance. The female wears her hair short and a promiscuous zebra print dress with what appears to be leather boots. The man wears a tracksuit, his hand slung over her shoulder. They look like something off the street.

You’d hardly guess that the female in the picture is a defense attorney in Ohio state, and the man, a sober, religious son from a middle-class family. But that’s the point. In White America, there is only one kind of black.

Queen, played by Jodie Turner-Smith and Slim, played by Daniel Kaluuya, are on their way back from their first date when they are pulled over by a police officer because of “swerving.” The white officer is harsh and hostile, which aggravates Queen. She relies on her intelligence and lawyer training to remind the officer of the perimeters of his power. But the officer preys on Slim’s fear and kind-heartedness, first telling him he needs to be frisked before proceeding to search his car, without a warrant mind you. The interaction escalates, and Slim finds himself on his knees with his hands on his head, a pistol pointed at his face. Queen steps out of the car and reaches for her phone to record, but the cop shoots at her, the bullet grazing her leg. Slim lunges for the gun, and the officer and Slim wrestle until Slim manages to obtain the weapon and shoots the cop in self-defense, killing him. Queen and Slim are now on the run.

It’s an intricate Bonnie and Clyde narrative but with one glaring twist: Queen and Slim represent the runaway slaves of today; the police, America’s modern-day slave catchers, and prison system by which free men and women become slaves.

Queen and Slim demonstrate that no matter how hard African Americans try to ingratiate themselves into American society, they will be perceived as inferior or criminal. “Why do black people always feel the need to be excellent?” asks Slim rhetorically. Because anything less in America disadvantages them.

Trying to get to Cuba, Queen and Slim enlisted the help of many strangers, a thematic ode to the Underground Railroad, a network of abolitionists who helped runaway slaves travel to the North in search of freedom. In one scene, Queen and Slim are forced to hide underneath floorboards for the whole night, a strategy used in the Underground Railroad, while police search the house.

The film’s overall effect is beautiful, haunting, and real. I believed that they were real, existing people that the next morning I woke up in a post-Queen & Slim world where I was trying to make sense of what had just happened. There is something way more powerful at play here than one abiding by the laws of filmmaking. Queen & Slim is a profound portrayal of how modern American society enslaves the lives and souls of African Americans and the heart-gripping attempt of two souls to free themselves from those existential chains. For that reason, Queen and Slim are and forever will be immortal.