We're in the News! 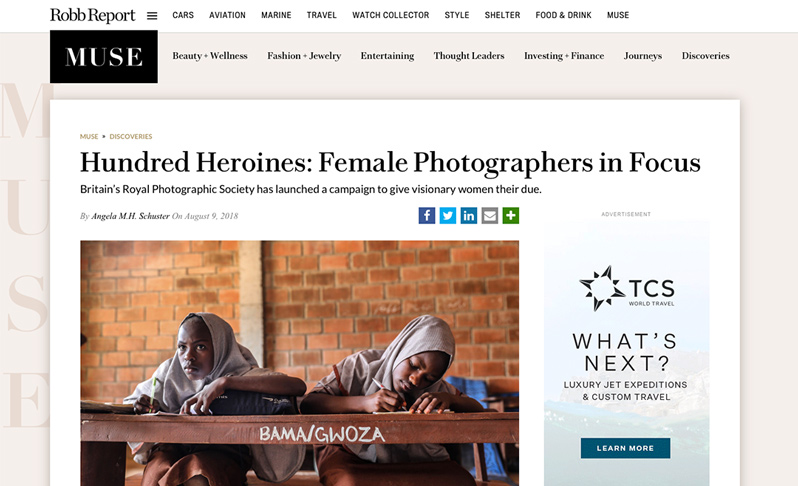 There’s been some nice coverage in the US title, on Robb Report, by Angela M.H Schuster, 9th August 2018

It’s no secret that female artists tend to receive far less public recognition than their male counterparts as evidenced by the fact that works by women make up less than five percent of the holdings in permanent collections of cultural institutions in the United States and Europe. This month, the Royal Photographic Society is aiming to highlight that unsettling disparity with a newly launched campaign – Hundred Heroines. The iconic 165-year-old British institution is soliciting nominations of living female photographers for inclusion on its Hundred Heroines list.