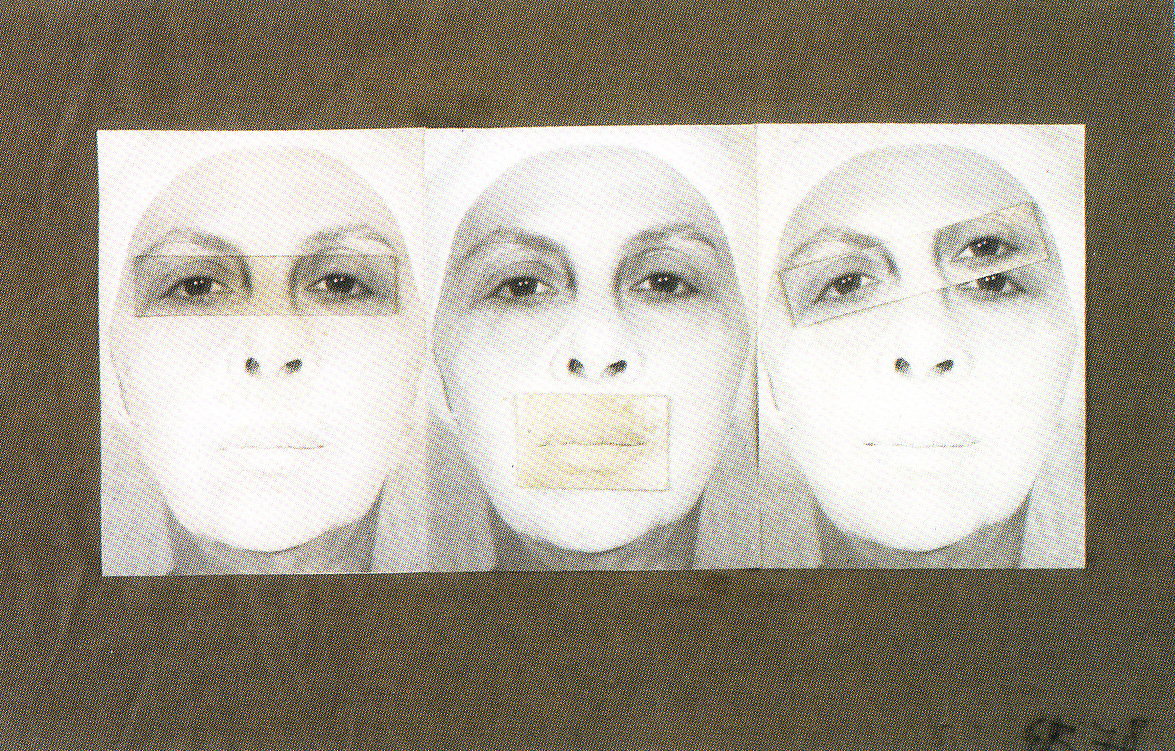 Geta Brătescu explored the reality of living under a totalitarian regime in Communist Romania in her work, using questions of identity, self-censorship and private spheres to reflect the wide-spread repression and artistic inability to deviate from official state lines.

Her work focused heavily on the contradiction between the official state artistic direction, that rejected and punished any aesthetics questioning the regime, and the haven of private studios where artists managed to evade censorship. Geta explored this reality in a collage of self-portraits named Censored Self Portrait. The artist’s face covered by collage strips that bring attention to her mouth and eyes is a silent but effective testament to the stifling political environment of Communist Romania.

The regime eventually allowed Geta to return to university, where she gained access to a small art studio which became, along with the photographer herself, a subject of many of her works, such as in the 1978 film The Studio. In this piece, Geta touches upon the questions of identity and dematerialisation through her communication with the physical space of the studio. Her physical interaction with anthropomorphised objects that were her daily companions mirrors her handmade style of art that often incorporated materials of everyday use.

Besides the focus on her studio, Geta also incorporated various literary characters into her work, such as the story of Medea, who murders her children in Euripides’ invocation of this ancient myth. Brătescu brought the anti-heroine to life through textile scraps that she had received from her mother. The artist often used literature to mirror her own issues regarding feminism, self-expression and political subversion by taking well-recognised characters and transforming them into her alter-egos. 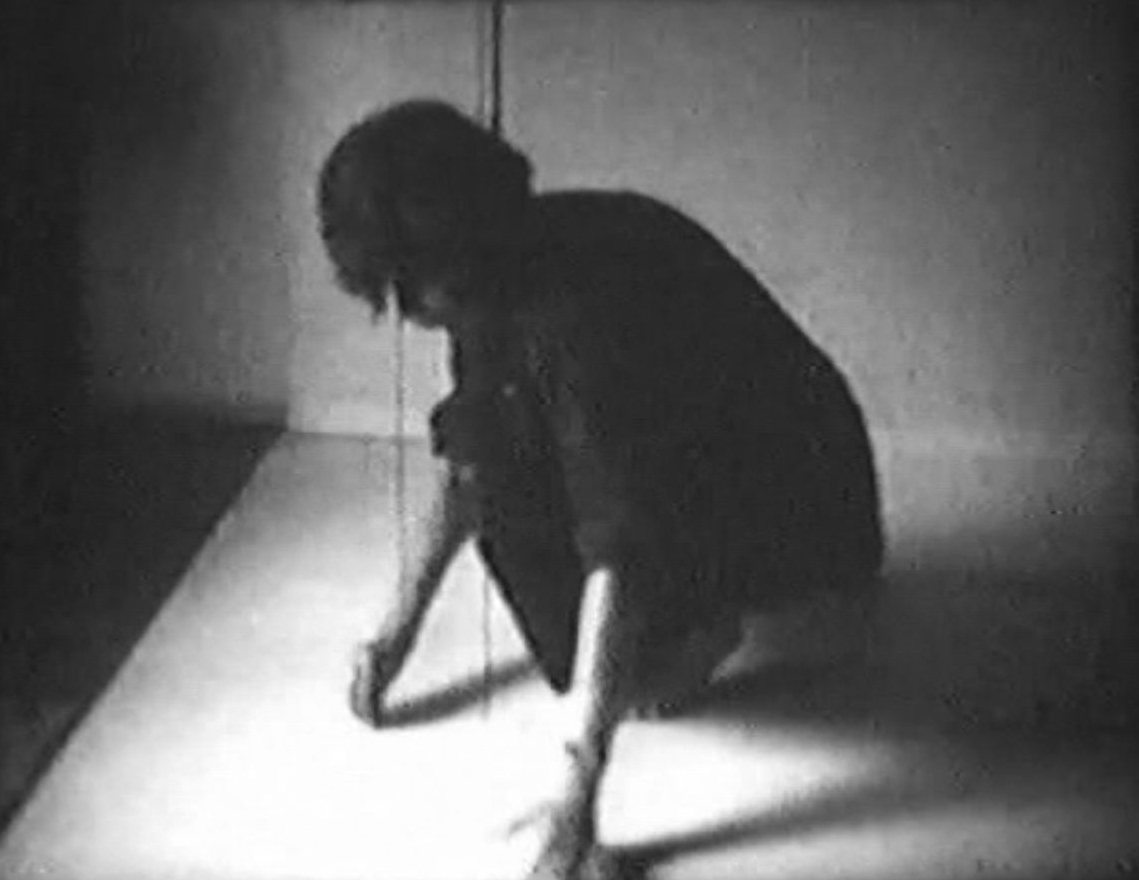 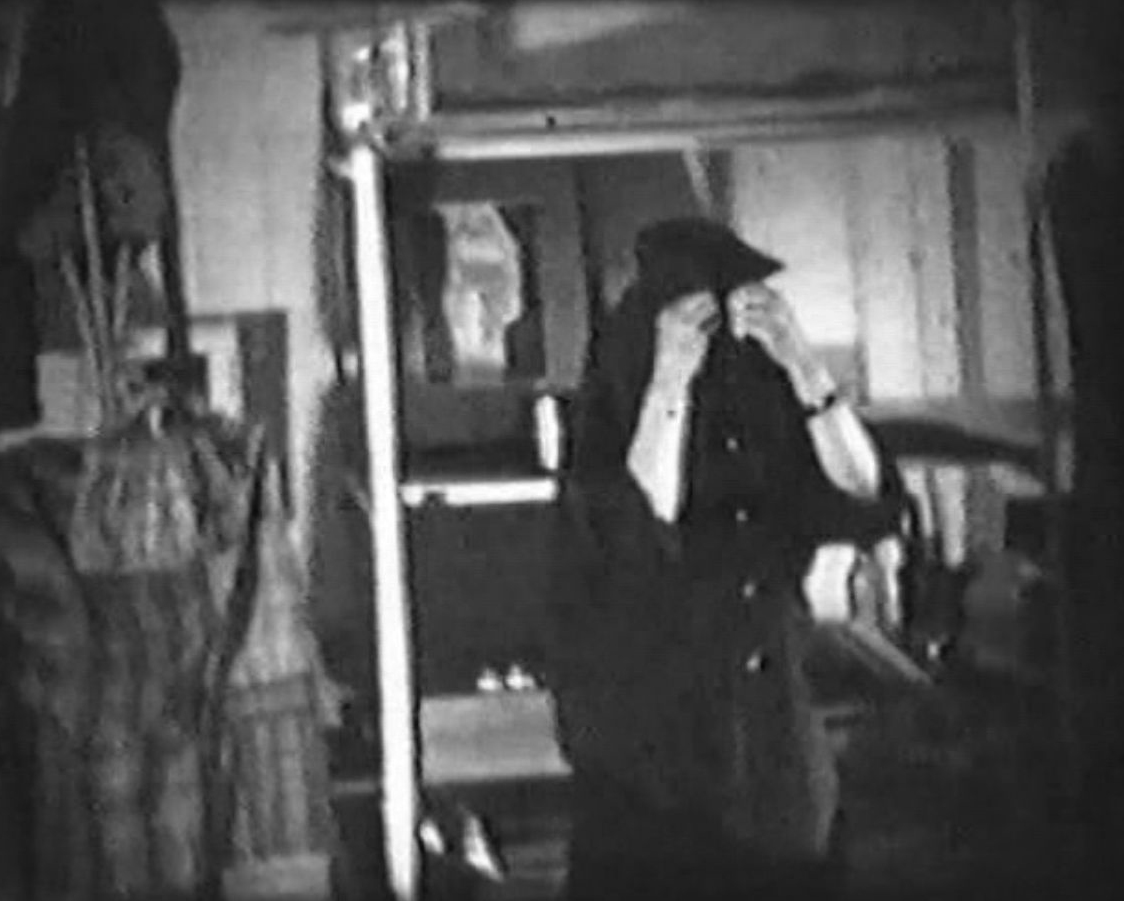