Zofia Rydet, “The Threat” from the cycle “The world of emotions and imagination” © Zofia Rydet Archive via Wikipedia

Zofia Rydet was born in Stanislawow, Poland and died in Gliwice.  In the interim years, her lifelong dedication to the craft led her to become one of the leading women in photography – a status by which she is recognised today.

In her youth, Zofia went to the Glowna Szkola Gospodarcza (Central School of Economics for Women) in Snopkow, a kind of ‘finishing school’ for young women. She subsequently had various jobs such as working for the Orbis Polish Travel Office and managing a stationery shop.

It wasn’t until she was well over forty that she took up photography; a self-taught artist, she built on a hobby from earlier years, and joined the Gliwice Photographic Society in 1954, which helped her develop her skills.

She was labelled a ‘sentimental amateur’ by her colleagues, who appeared not to understand this unusual woman; the human race was Zofia’s inspiration, with emotional and mental states always at the core of her work. 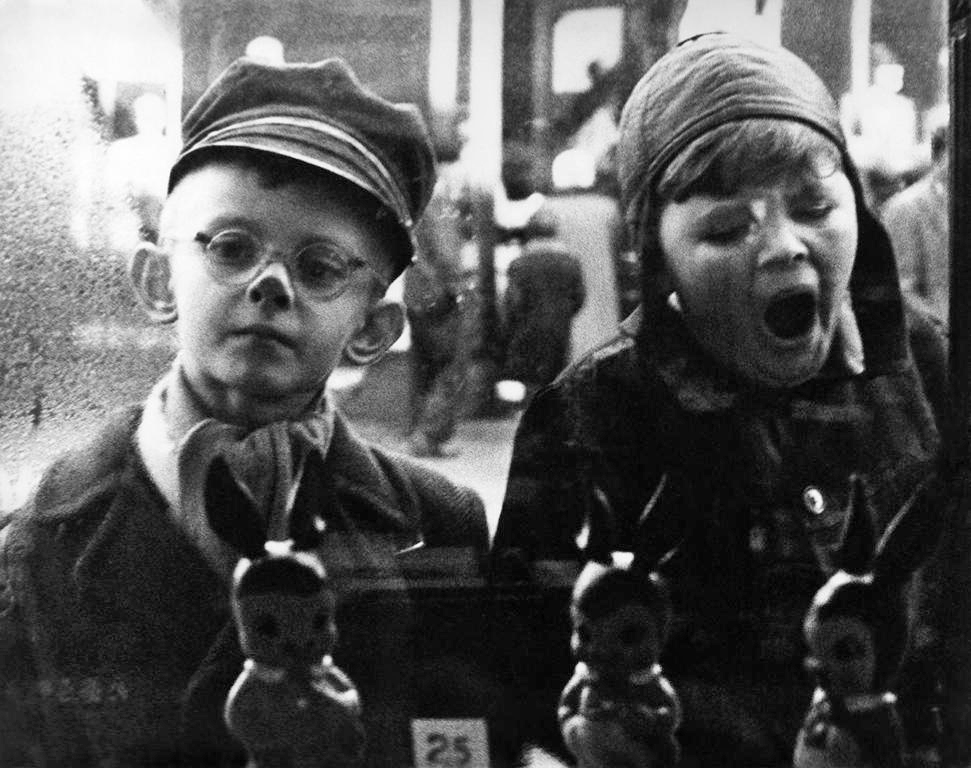 In 1961 Zofia had her first major exhibition, Maly Czlowiek, (Little Man). This first project was propelled by her strong desire to document humanity; travelling around Poland, Albania, Bulgaria, Yugoslavia, and Egypt, she photographed children in post-war situations.

Influenced by the words of Janusz Korczak — a Polish doctor, teacher and children’s author, who said that ‘the same things go on in the world of children as in the dirty world of adults’ — Zofia’s work was far removed from idyllic images of childhood. She focussed on how children were affected by what was happening in the world and policies made by adults.

Her expectation of the viewing public was that they would not just see the images she took, but ‘notice and understand the problems’ within them.  To make this possible she placed excerpts from Korczak’s writings beside her work. She described her approach as ‘wanting to move away from the stereotype of a care-free angelic childhood and show the multifaceted complexity of childhood experiences and reactions.’

In 1965, Maly Czlowiek was published as an album of over 140 photographs. It was edited by Wojciech Zamecznik, a Polish graphic artist, architect, photographer, and interior designer whose most notable works are movie and socio-political posters. The series is thought of as one of the most important albums of 20th-century Polish black and white photography.

Between 1963 and 1977, Zofia worked on Czas Prezemianija, (The Passage of Time), wherein she portrays the dignity and grace of old age in a series of intimate portraits. In 1976, she was awarded the Excellence de la Fédération Internationale de l´Art Photographique (EFIAP). In 1982, she combined images from this series to speak about the loneliness and fear of old age.

During the 1970s, Zofia looked for new forms of expression and started creating photomontages. Her resulting work, The World of Feelings and Imagination, is both disturbing and surreal. Commenting on the work, Zofia spoke about how humanity is threatened from the moment individuals are born, stating, ‘This series is about man’s feelings and desires, loneliness and fear to which love is the only remedy, and about the tragedy of evanescence.’

In 1978, at the age of 67, Zofia’s final project was the Sociological Record – a mission to photograph every household in Poland. She took more than 30,000 black and white photos depicting people from all walks of life in their typical surroundings, capturing a spectrum of emotions from loneliness, fear, and loss, to happiness and hope.

The series is replete with portraits of people, characterised by precise and consistent composition. Zofia took the images with a wide-angle lens and a strong flash, positioning her subjects to look straight into the camera and mostly requesting them not to smile.

It was not easy for Zofia to gain the trust she needed to be able to take pictures. Her friend Anna Bohdziewicz used to say, ‘Rydet?! She was a terrorist! When people didn’t want to let her in, she used to tell them that she took the photos for the Pope. It was the ultimate argument.” Zofia herself commented that, “People were aware of the importance of this moment, as if their souls were being immortalised” […] “The photographer acted as a magician who had the ability to stop the passing of time, who could fight death.”

Walking from door to door, for over 20 years, Zofia was never able to finish this mammoth task. With many of the older inhabitants dying within years of being photographed, many houses were left empty; this, combined with rapid modernisation, meant that Zofia’s work was of powerful historical value, capturing the traditional countryside before it disappeared. 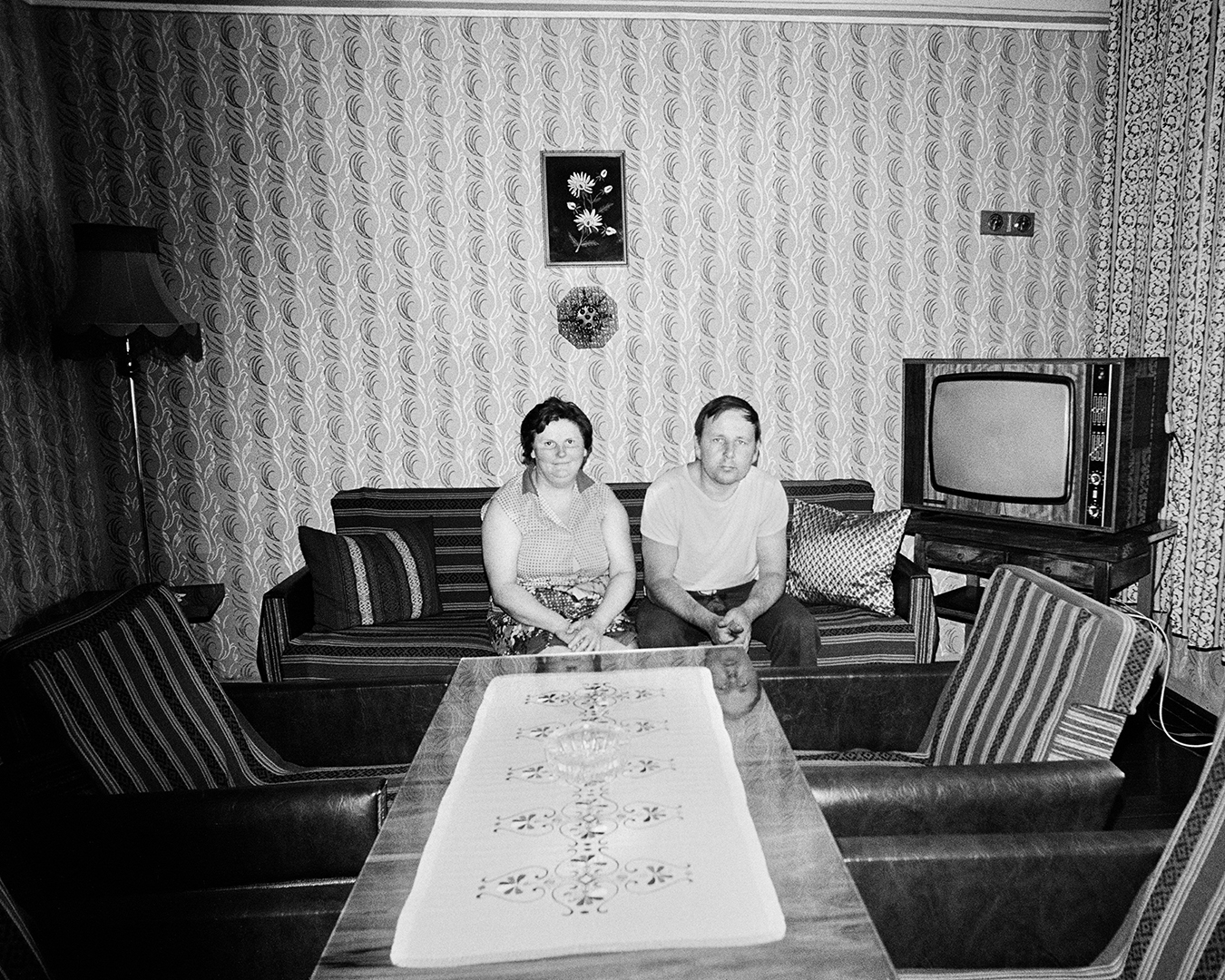 Although Zofia took photographs throughout Poland, the regions she concentrated on most were Podhale, Upper Silesia and the Suwalki area. Nothing like her work had been seen before; her photography has been compared to August Sander’s work throughout German society in 1920s, as well as to other social documentarians. Overall, Zofia created an invaluable record of communist Poland.

Zofia’s archive grew exponentially over the years. She was entirely absorbed by the ways in which her simple documentation revealed a deep truth about humanity. Although her photography prevented many lives and objects from entirely disappearing, time eventually caught up with her; she became frustrated as her own life was running out, writing, ‘I have so little time, and it passes so quickly. My old age is increasingly repulsive. It’s hard for me to accept this, and even harder to fight with it.’ She also feared that her negatives would be thrown away after her death.

For Zofia, photography was the perfect medium to express all human stories; through her work, she felt that she was capturing the essence of what it meant to be human. Going against the conceptual leanings of the time, she pursued her vision of humanist photography throughout her career.