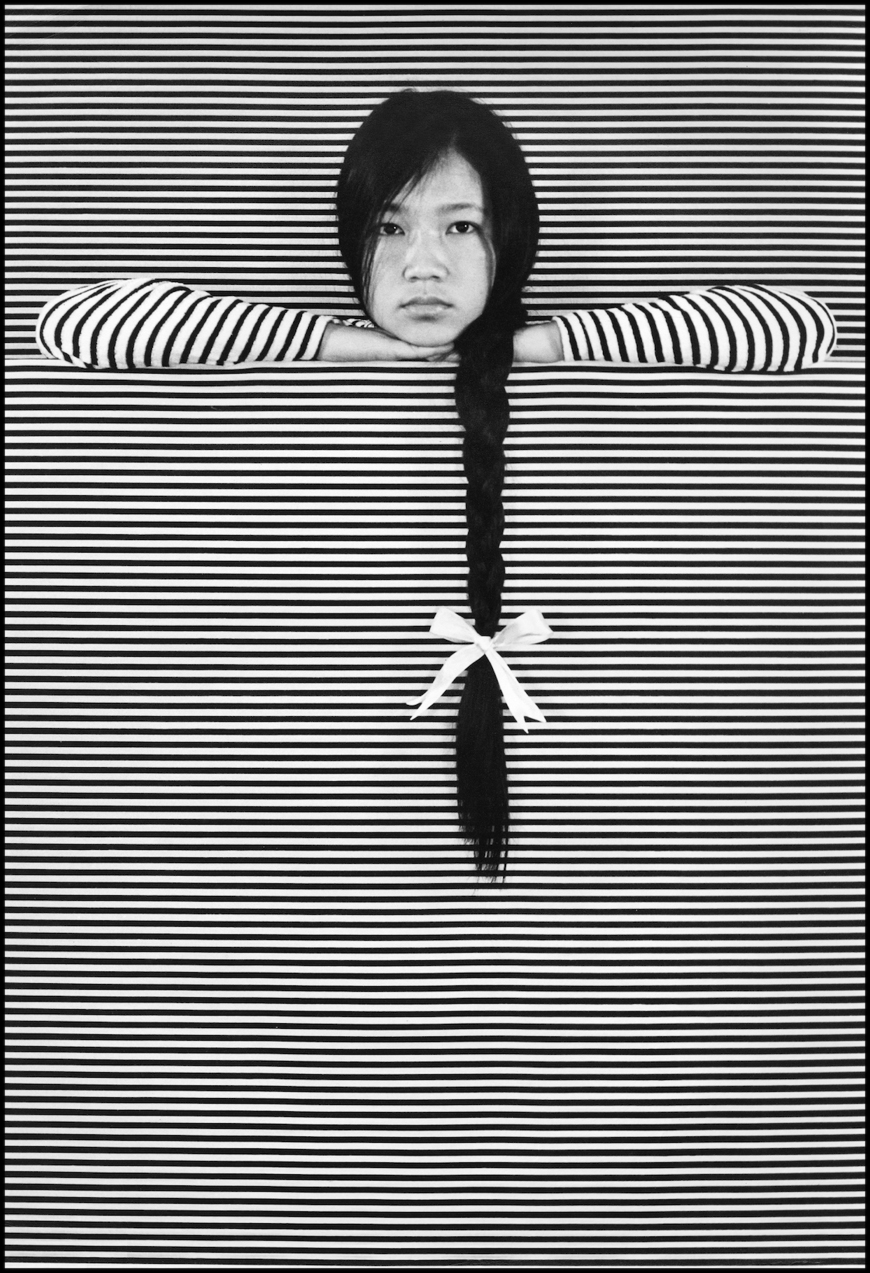 Nancy Sheung was determined to break all the rules and conventions of her time. With rumours that she rode a horse in the streets of Suzhou (China) to get to school, that she carried a gun for protection and had a job at an opium den to finance her studies. An incredible personality who found her artistic calling for photography at the age of 44, in 1958, after a visit to an exhibit of European photography.

Equipped with her Rolleiflex camera and her newfound passion, Nancy started processing and printing images. The composition of her portraits is meticulous. Stripes, diamond shapes and curves harmonise perfectly with beautiful female figures. The viewer is led to wonder who is the protagonist of her photos – the impeccable geometry or the feminine sensibility?

Nancy was said to have an extraordinary maternal instinct, indeed she often portrayed children. One of her masterpieces is The Pigtail (1966), starring her daughter at the age of 13. It is a scrupulously staged composition, in which black and white stripes dominate the picture. Her daughter is dressed in clothes of the same pattern as the background and has a long pigtail adorned with a bow. The hair and the eyes of the child emanate innocence and purity, creating a soft contrast with the straight sharp lines surrounding her.

Another iconic picture following the same themes is Cross Pattern (c. 1969). It is a portrayal of a girl who stands in the bottom left corner of the picture, whereas the remaining space is occupied by the diamond shaped lines of a building. This is yet more proof of Nancy’s incredible eye for architectural designs.

In contrast to the abovementioned works, The Long Haired Girl (c. 1960s) presents a simple white background and features a girl with long pigtails creating two graceful curves. Gaze (c. 1960s), instead, shows only one eye of a woman’s face, while the rest of the picture is occupied by her hair. The result is a timid yet penetrating gaze, an eye that seems to be staring at the spectator with the innocence of a child.

Nancy’s photography left a mark in the history of photography for its surprising combination of visually fascinating architectural patterns and deeply spiritual depictions of women. 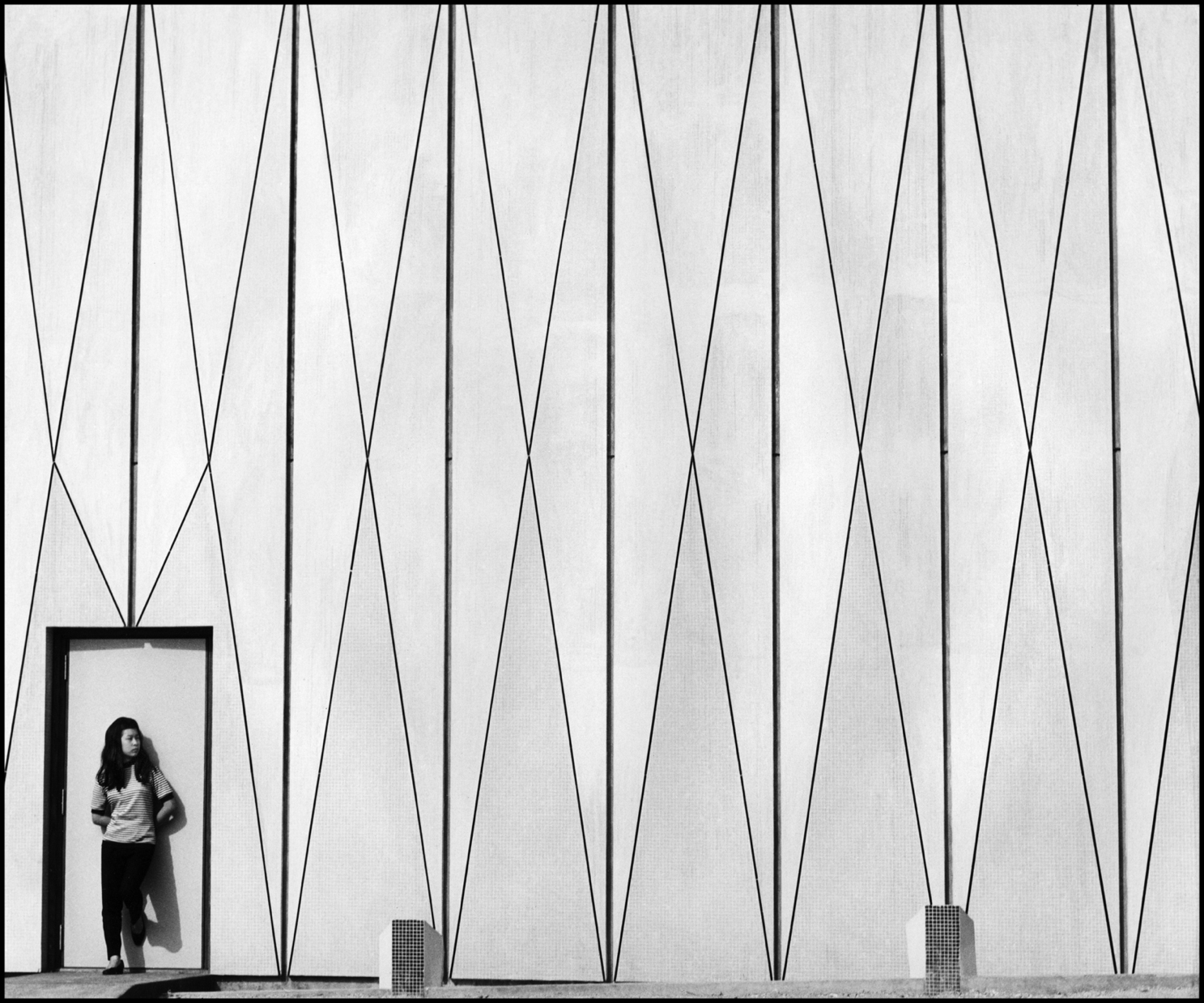 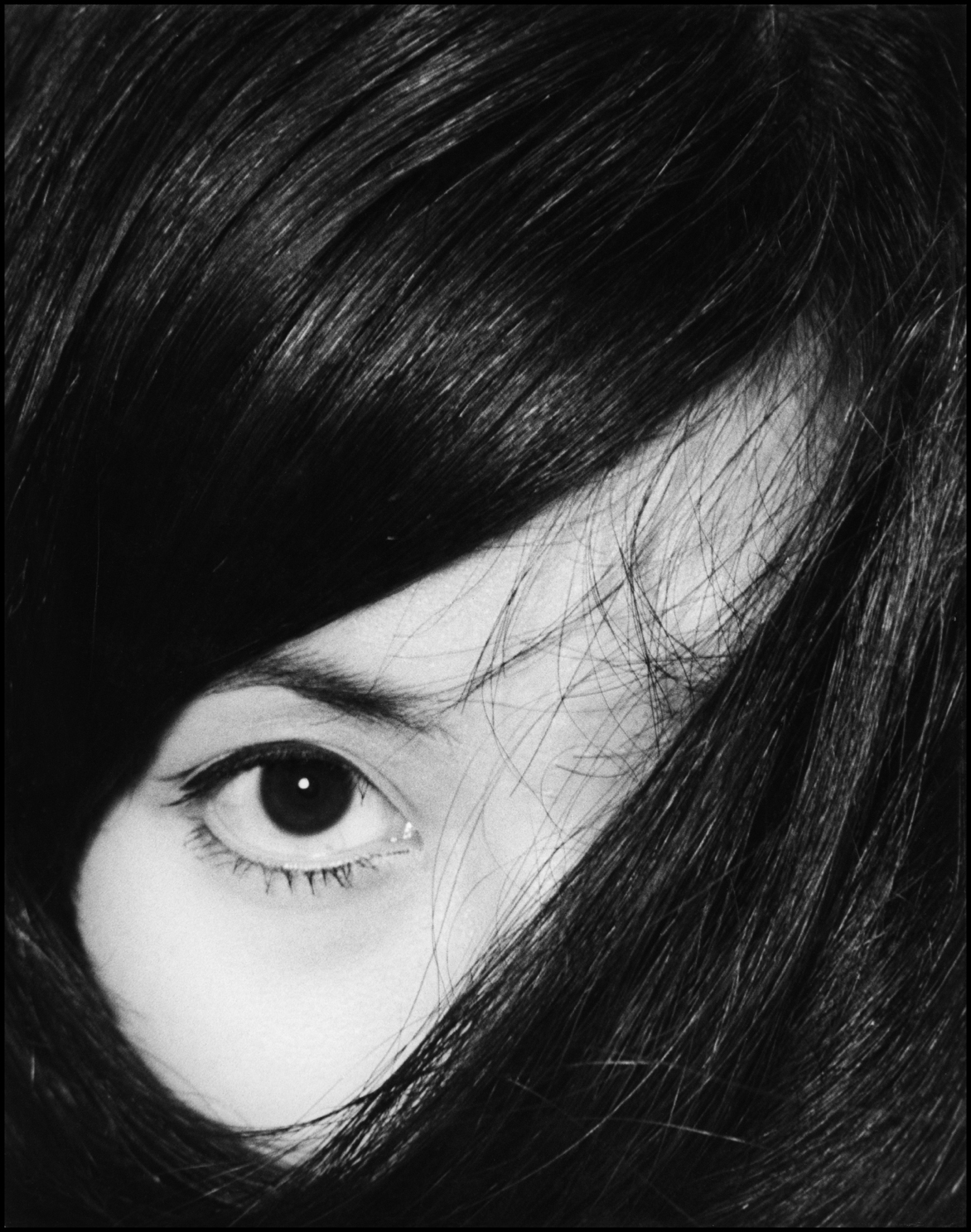