By Gabby Kynoch31st January 2022No Comments

Hou was a Chinese photographer who, with her husband Xu Xiaobing (1916-2009), documented the rise and reign of Chairman Mao Zedong (1893 – 1976), the founder of the People’s Republic of China, in over 400 official photographs.

A committed member of the Communist Party from the age of 14, she learned photography as a propaganda tool from Japanese prisoners of war in WWII.

After 1949, she was chosen by Mao as his official photographer for her skills and suitable peasant background, representative of the new China, and lived with her family in the top party official compound Zhongnanhai from 1950 to 1961, where she took both official propaganda photos and family snapshots. 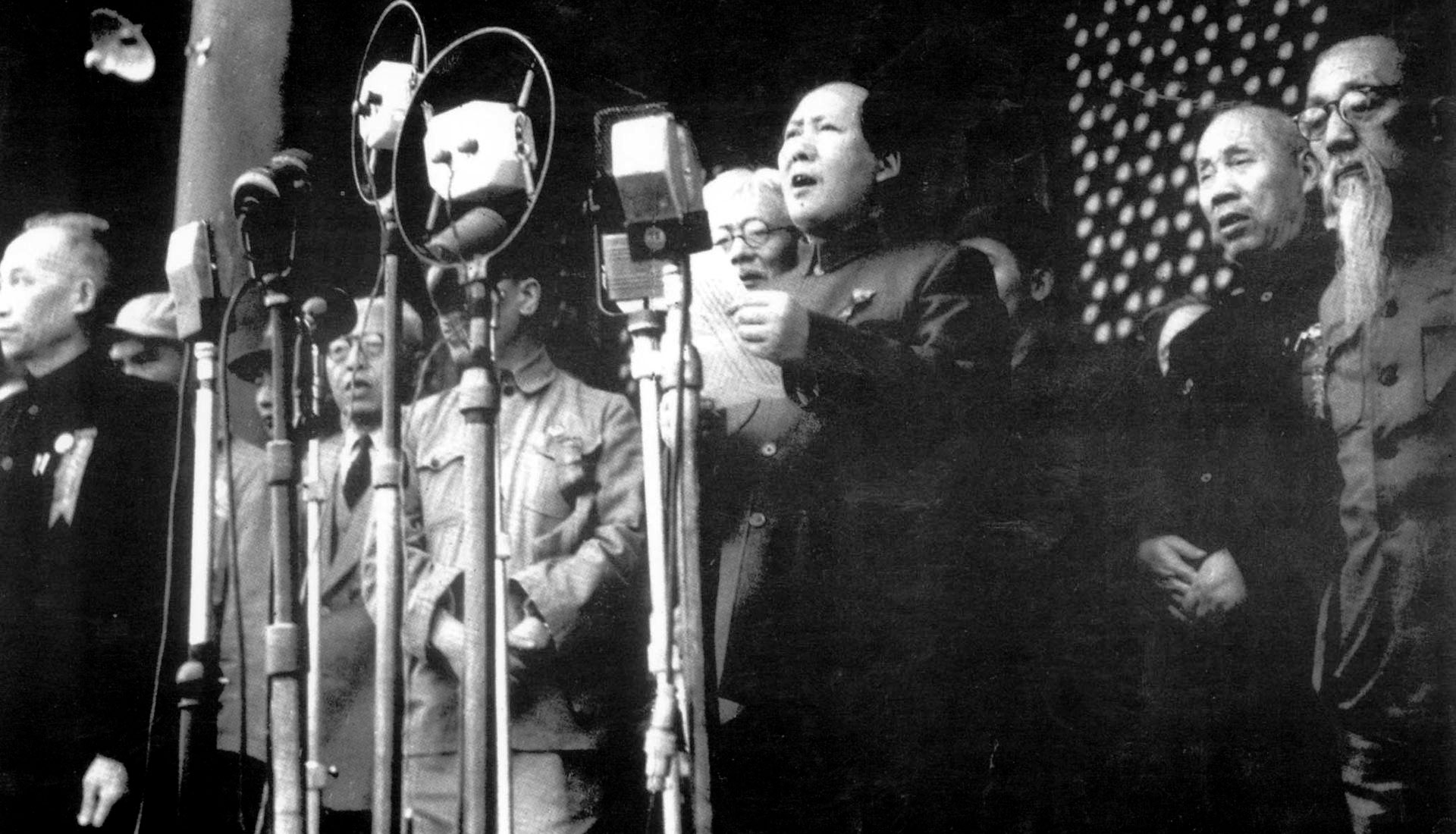 Hou is attributed with constructing Mao’s cult like public image, capturing his vitality and charisma, in her images of the Prophet, the Great Leader, the Worker, the Teacher.

Her photos were retouched and coloured and printed in their millions, completely out of her control, and displayed in offices, factories, classrooms, shops and homes throughout China.

She also travelled with Central Committee members and was the only woman on the team.

She clashed with Mao’s wife, Jiang Jing, an ambitious would-be photographer, who had her transferred to the China News Agency in 1961.

Hou’s reputation suffered in the Cultural Revolution (1966-68) and her photography was blamed for the lack of success of policies such as The Great Leap Forward.

She was imprisoned for 3 years in a forced labour camp in 1968 and on release, made to work for 7 years as a cleaner at the Agency where she had once been a star photographer. 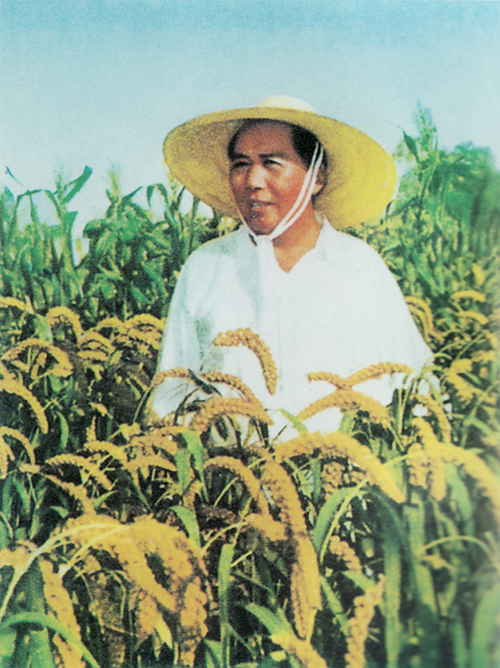 Mao Zedong in a rice field with hat, from Quotations from Chairman Mao Tse-Tung, 1950 by Hou Bo

Among her best known photographs are “The Founding of the PRC” (1949), Tiananmen Square, Beijing, “Mao Zedong with Students from Latin America” (1959), which won First Prize in the National Photography Exhibition of 1959 and  ‘Mao in a rice field’ (1958) the ‘Sun King’ and man-of-the-people, on the cusp of the Great Leap Forward, which was turned into a poster to promote his disastrous agricultural industrialisation campaign.

She also took several of the Yangtze swimming pictures from the 1950s and 1960s which were staged to show Mao’s vigour and health.

A typical photograph, from a visit to his birthplace, was captioned: ‘Smiling Chairman Mao Tse-Tung standing in the middle of teachers and students of the Shaoshan School in 1959.’

The first international exhibition of Hou Bo and Xu Xiaobing photographs of Mao was presented at The Photographers’ Gallery, London, during April and May 2004. Her 1954 work ‘Chairman Mao Zedong at Beidaihe, Hebei Provence’ is held in the Tate collection.