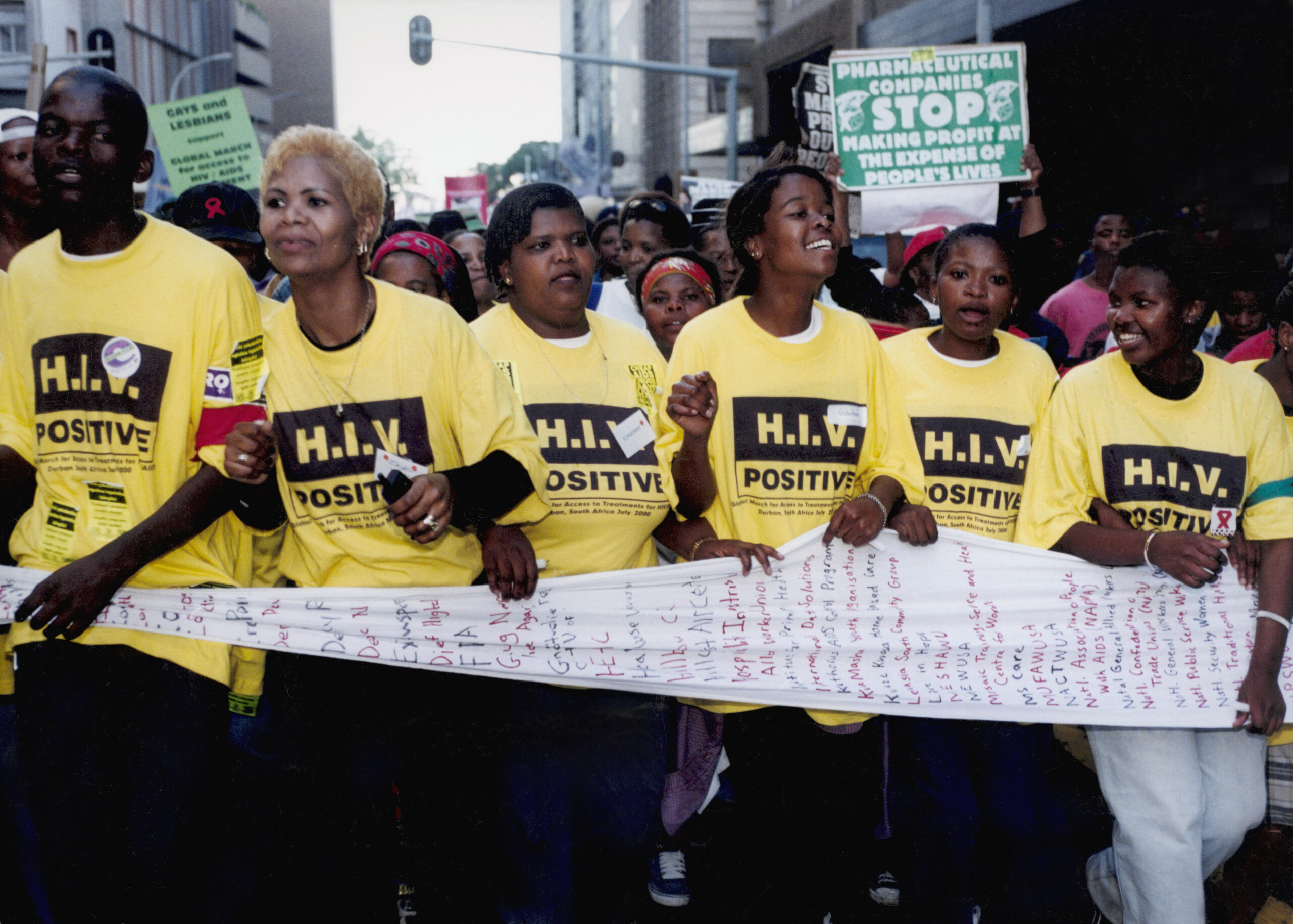 The 13th International AIDS conference. Delegates and protesters on a ‘Global march for access to HIV/AIDS treatment’ from City Hall to Kingsmead stadium by Gisele Wulfsohn © Gisele Wulfsohn/Panos Pictures

Gisele Wulfsohn was born in Rustenburg, South Africa and died in Johannesburg. Her determination and spirit shone through from the start of her career. She rose from darkroom assistant with The Star in 1979 to chief photographer in 1986 for Leadership Magazine. Her next step took her where she was able to touch lives with her unforgettable sincerity. She freelanced for AFRAPIX, a photographic collective involved in documenting and exposing the anti-apartheid struggle along with social issues such as poverty and homelessness, in 1987. Her relentless tongue-in-cheek, almost ironic sense of humour was always present.

Her specialisms were in her extraordinarily sensitive portraiture, and work documenting education, health and gender issues.  Between 1987 to 1990, she photographed various HIV/Aids awareness initiatives producing ground-breaking work to reduce the stigma of Aids. In l999/2000, while working for the Department of Health’s Beyond Awareness Campaign, she compiled a series of portraits of 31 South Africans who had publicly disclosed their HIV status. Her ‘Living Openly’ photographs were published extensively in newspapers and magazines around South Africa, and were exhibited at the Durban International Aids Conference (July 2000). They also showed in a TV documentary which was broadcast four times in August 2000 and at numerous centres and conferences, such as the Aids in Context Conference at University of the Witwatersrand in April 2001 and the Healing Through Creative Arts Conference at Museum Africa, in Johannesburg in November and December 2001.

Gisele documented the actors of the City Health Acting Troupe (CHAT) performing an HIV education play in clinics to increase condom use, established by the Johannesburg Health Department. The plays were usually performed at waiting rooms and other public spaces such as Joubert Park Clinic. She also worked with Gary Friedman in the ‘Puppets against Aids’ project in Diepkloof Prison in 1996 documenting the men incarcerated. The prisoners loved her so much that they wrote a song, ‘Gisele, My Darling’, the lyrics describing how much she meant to them. 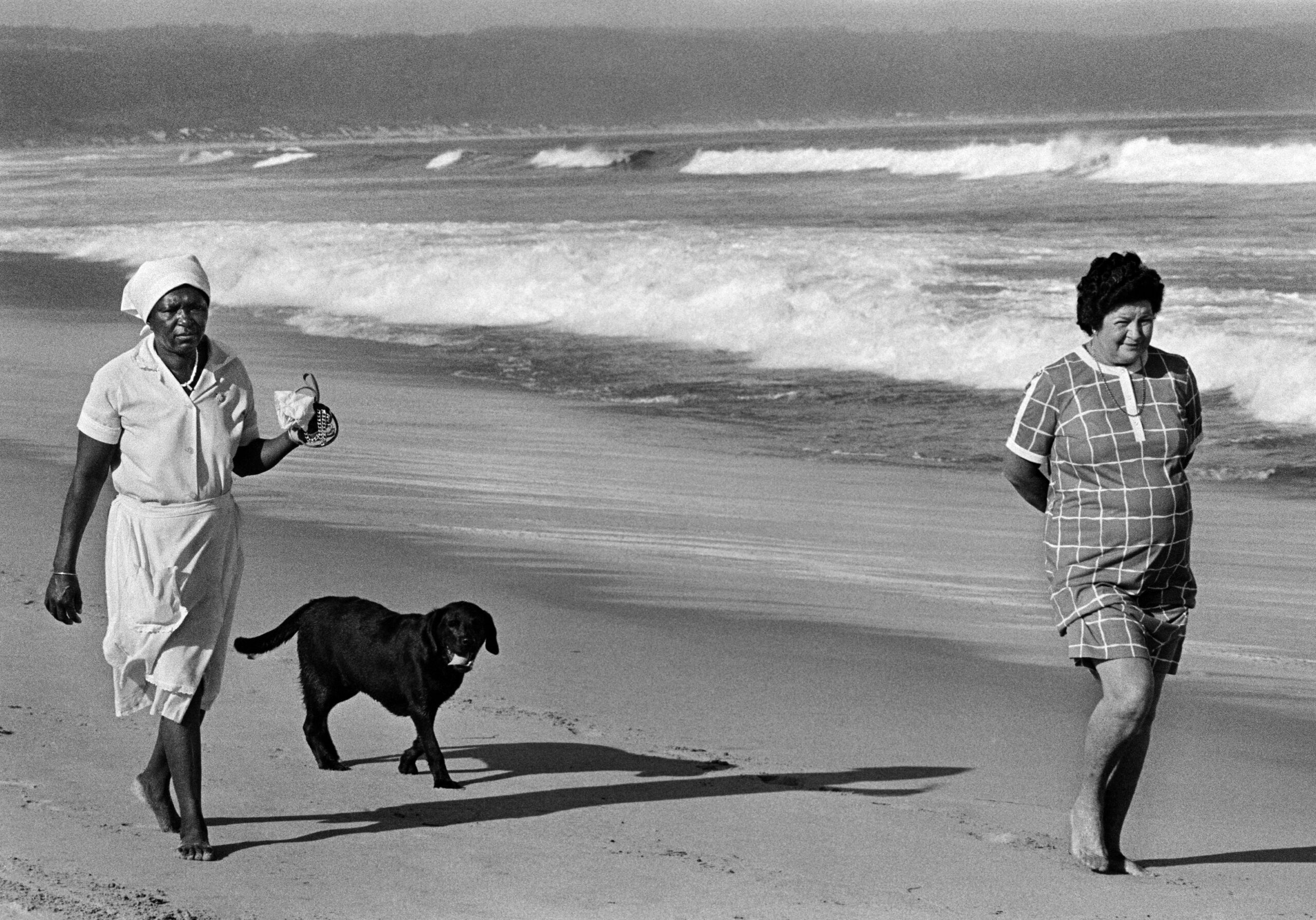 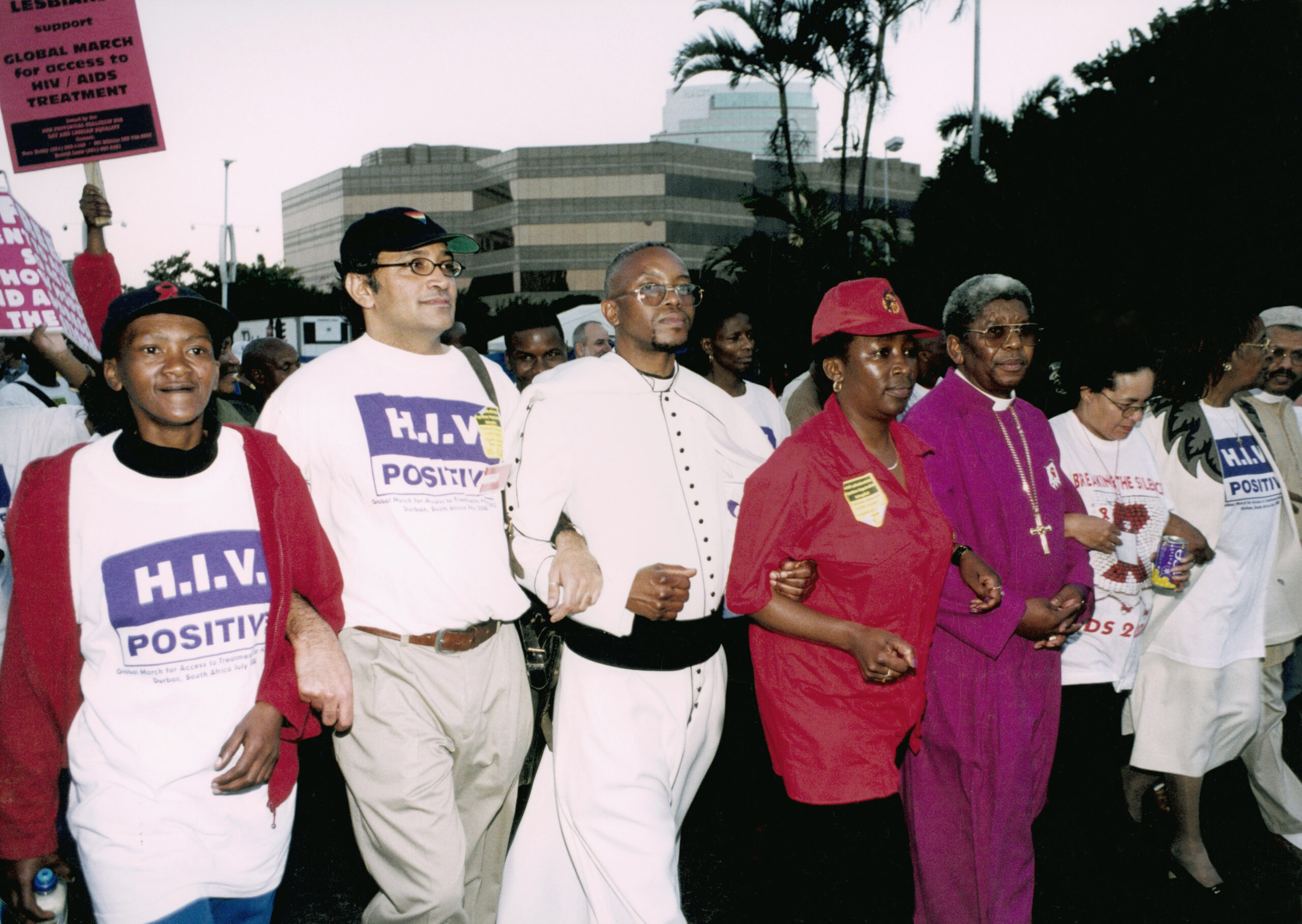 The 13th International AIDS conference. Delegates and protesters on a ‘Global march for access to HIV/AIDS treatment’ from City Hall to Kingsmead stadium by Gisele Wulfsohn © Gisele Wulfsohn/Panos Pictures

Travelling to Europe in 1979, she discovered literature banned in South Africa, in particular Ernest Cole’s ‘House of Bondage’, an exposure of the apartheid system, deepening her political awareness. This awareness increased when she met other photographers to work on a project called, ‘South Africa: The Cordoned Heart’, on black poverty.

She also took photos of female anti-apartheid activists who worked hard to establish democracy in South Africa, influenced by her experience in AFRAPIX. These powerful portraits formed the ‘Malibongwe, Let Us Praise the Women’ exhibition, curated by the Apartheid Museum to commemorate the 50th anniversary of the 1956 Women’s March, displayed in Johannesburg in 2006.

In 1994 she was commissioned by the Independent Electoral Commission, together with four other photographers, to document the first democratic elections in South Africa which were published in a book entitled ‘An End to Waiting’. She was picture editor/photographer for ‘The South African Women’s Health Book’, published by Oxford University Press in conjunction with ‘The Women’s Health Project’ in l996.

And in 2000, OXFAM UK and Frances Lincoln Publishers commissioned her to take photographs for a children’s’ counting book called, ‘One Child, One Seed’, set in rural KwaZulu-Natal. This book was on the Exclusive Books Publishers’ Choice list of the nine best children’s books for 2001. Frances Lincoln also commissioned her in 2001 to research, write and photograph, ‘Bongani’s Day: From Dusk to Dawn in a South African City’, as part of an international series.

Gisele was diagnosed with lung cancer, surviving seven years post diagnosis, through sheer determination. After her death a bursary was set up in her name by her family and friends at the Market Photo Workshop in Johannesburg to support young photographers committed to using photography to document important social issues. The photographer Paul Weinberg recorded that, ‘She would be remembered for her wonderfully sensitive portraits of people, her warmth, generosity, her courage, and her indomitable spirit’. Over the years she was loved by all she met and touched.