By Gabby Kynoch2nd August 2021No Comments 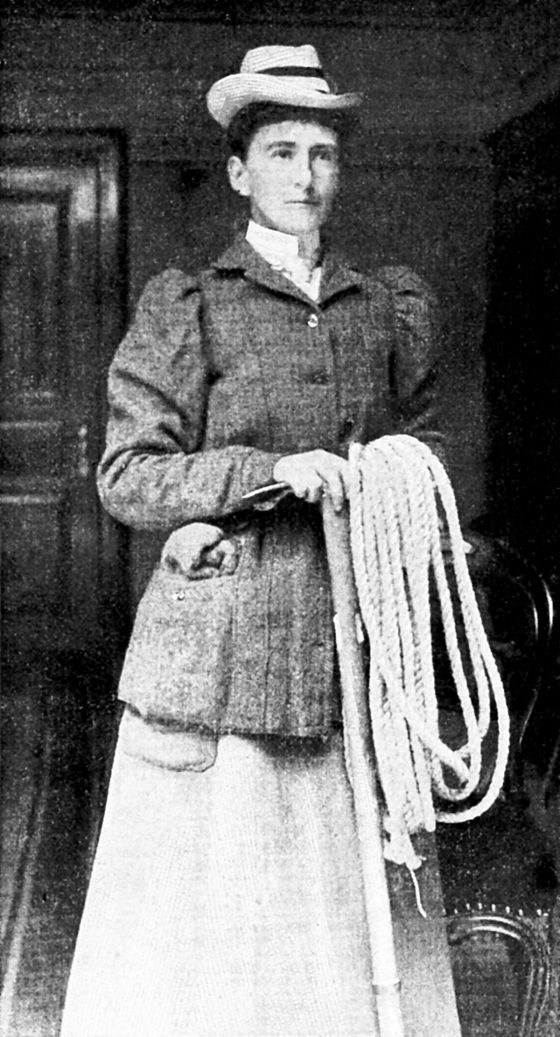 Her main passion was mountain photography, capturing mountain scenery, which she combined with mountaineering. She was also an author and autobiographer; in 1883 she published The high Alps in winter, or mountaineering in search of health, describing her mountaineering experiences. She wrote under the names Mrs. Fred Burnaby, Mrs. Main, and Mrs. Aubrey Le Blond, and was usually known by the latter.

She had an issue with her lungs that troubled her, causing her health to decline. In search of a cure, she abandoned her conventional London lifestyle, and went to Chamonix, France.

After spending time in the pure mountain air, her physical condition improved. It was here that she caught the mountaineering bug; initially she climbed two thirds of the way up Mont Blanc, and then completed its entirety twice – along with several other difficult peaks in Switzerland – during the twenty years she spent there.

Each climb from the valley began by wearing a skirt, but once out of public sight she would change into riding breaches to avoid causing offence to Victorian sensitivities. 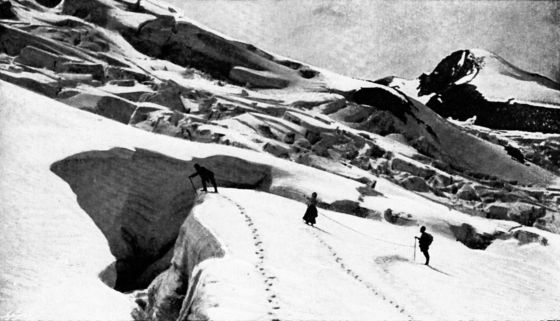 In 1881 she moved to Switzerland where she made at least ten films of alpine activities in the Engadine Valley, including ice hockey at St Moritz and tobogganing on the Cresta Run.

It is probable that she is one of the world’s first three female filmmakers, Alice Guy Blaché and Laura Bayley being the other two. Her films were praised by the film pioneer Cecil Hepworth and the writer E.F. Benson and shown by James Williamson at Hove Town Hall in November 1900, who included them in his catalogue in 1902.

However, it is her photographs which offer the most vivid account of her career. She became one of the very first people to photograph mountains close up.

Almost from the beginning, she carried her camera with her while climbing, in order to capture the many inspirational scenes, views which had never been seen before. At this time equipment was unwieldy and difficult to use. Wrestling with it and setting-up a camera ready for a picture during windy, snowy, freezing, and generally physically challenging locations was very hard; this was eventually made a little easier when lighter equipment was manufactured.

She took numerous photographs during her climbs, and also developed and then printed her pictures herself. Around 400 have been used in various publications.

Many of her photographs were included in her own and others’ publications, while others were used to illustrate her lantern lectures, including one entitled ‘Mountaineering from a woman’s point of view’.

When I got my first camera, a very cumbersome concern … on a stand … I had to learn everything as best I could. The Chamonix photographer gave me hints, and his advice as to developing was “develop till the plate is as black as a mortal sin!” It was trying work setting up a camera with half-frozen hands, hiding one’s head under a focusing cloth which kept blowing away, and adjusting innumerable screws in a temperature well below freezing-point. But one learnt one’s job very thoroughly and I confess that even now I never feel satisfied unless I have done all the developing, printing, etc., of an exposure … myself.

– Reflecting on her early, largely self-taught, efforts, and the difficulties involved in what was still a very novel activity 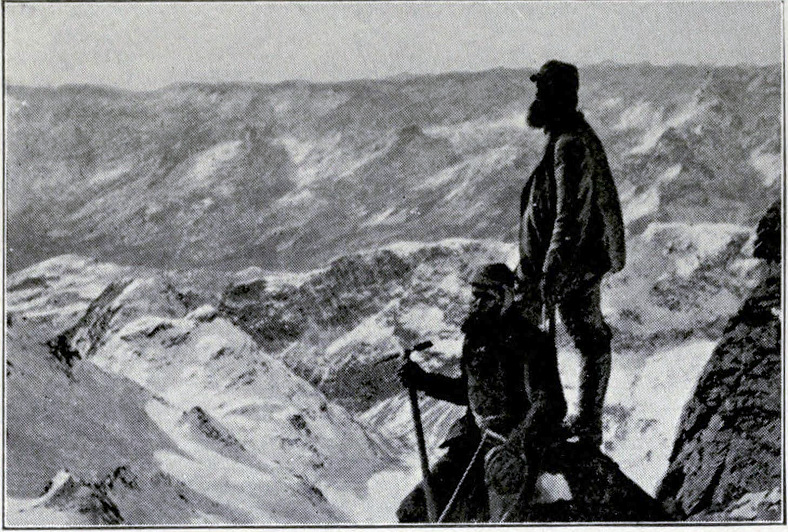 By Elizabeth Le Blond via CampToCamp.org

Very little of Elizabeth’s photography work is left from the time she spent mountaineering and traveling. An exhibition was held at the Pontresina Alpine Museum in 2003 and a collection of her photographs was published in a volume presented to the local library during National Heritage Week 2011.

After spending time in Switzerland, Elizabeth moved to Lapland and Norway where she spent six consecutive summers in the Norwegian Arctic.

Here she explored unfamiliar mountain ranges, climbing a total of 33 mountains, 27 of which were first documented ascents; some hadn’t even been named. Defying tradition by occasionally climbing without a guide, she was described as being ‘among the very earliest (probably … the first) to attempt “manless” climbing’, too shocking at the time to be officially recorded.

Elizabeth was a courageous figure who inspired future generations of women to take part in activities seen as ‘masculine’, leading a life of adventure, recording first ascents and pioneering in filmmaking.

At the outbreak of World War One, she travelled to Dieppe, France, where she worked as a volunteer nurse, as well as raising funds for the war effort. By 1916, she had become the director of fundraising for the wartime British Ambulance Committee and was awarded the French Cross of the Légion d’Honneur in 1933.

She died in 1934 at the age of 74, after a short illness, and was buried in Brompton Cemetery in London.

Her photographs are recognised both for their aesthetic merit, and as a source of evidence on early winter sports activity, tourism in the Alps, and environmental change. However, it is as an alpinist that she will be best remembered. 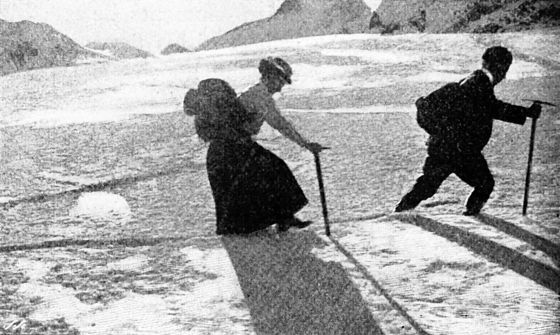