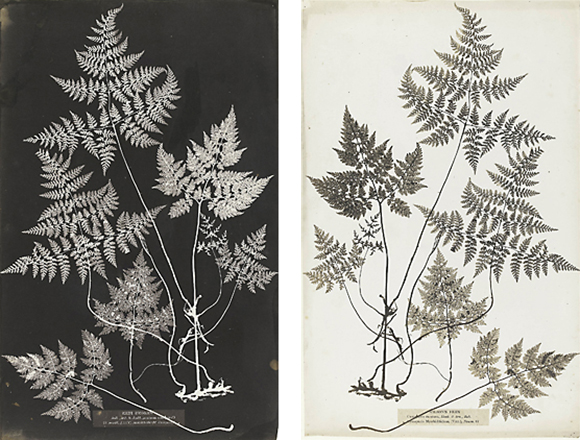 From an early age, Cecilia Glaisher was involved in the scientific community, with her father being the assistant at the Royal Observatory in Greenwich. Not much is known about her life before she married, but it’s thought she began painting at age thirteen and, by 1855, she had begun working on The British Ferns.

This book of prints was the first time her photographic work was documented, using a process called salt printing to translate her images. The collection was a collaboration with entomologist, Edward Newman, and was created as an illustrated guide for identifying ferns.

During the same period, Glaisher also illustrated her husband’s paper on severe weather, producing incredibly accurate engravings and prints of structures of snow crystals by direct observation. In 1868 the Royal Microscopical Society adopted her drawings as their emblem and seal.

The images selected have a simple composition with a likeness to diagrams or schematics, the level of detail and clarity in both pieces rivalling early microscopography. It’s clear that Glaisher’s scientific environment while growing up has influenced her style and subject matter, with a minimalist and clinical approach in interpreting the natural world.

It was rare for women of that time to be as actively involved as she was in science and was a triumph to have her work acknowledged by the Linnean Society in London. It’s thought that her health unfortunately deteriorated from childbirth and there are no known subsequent photographic works produced thereafter. 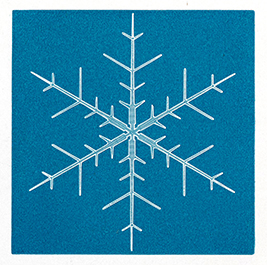 all images © The Fitzwilliam Museum