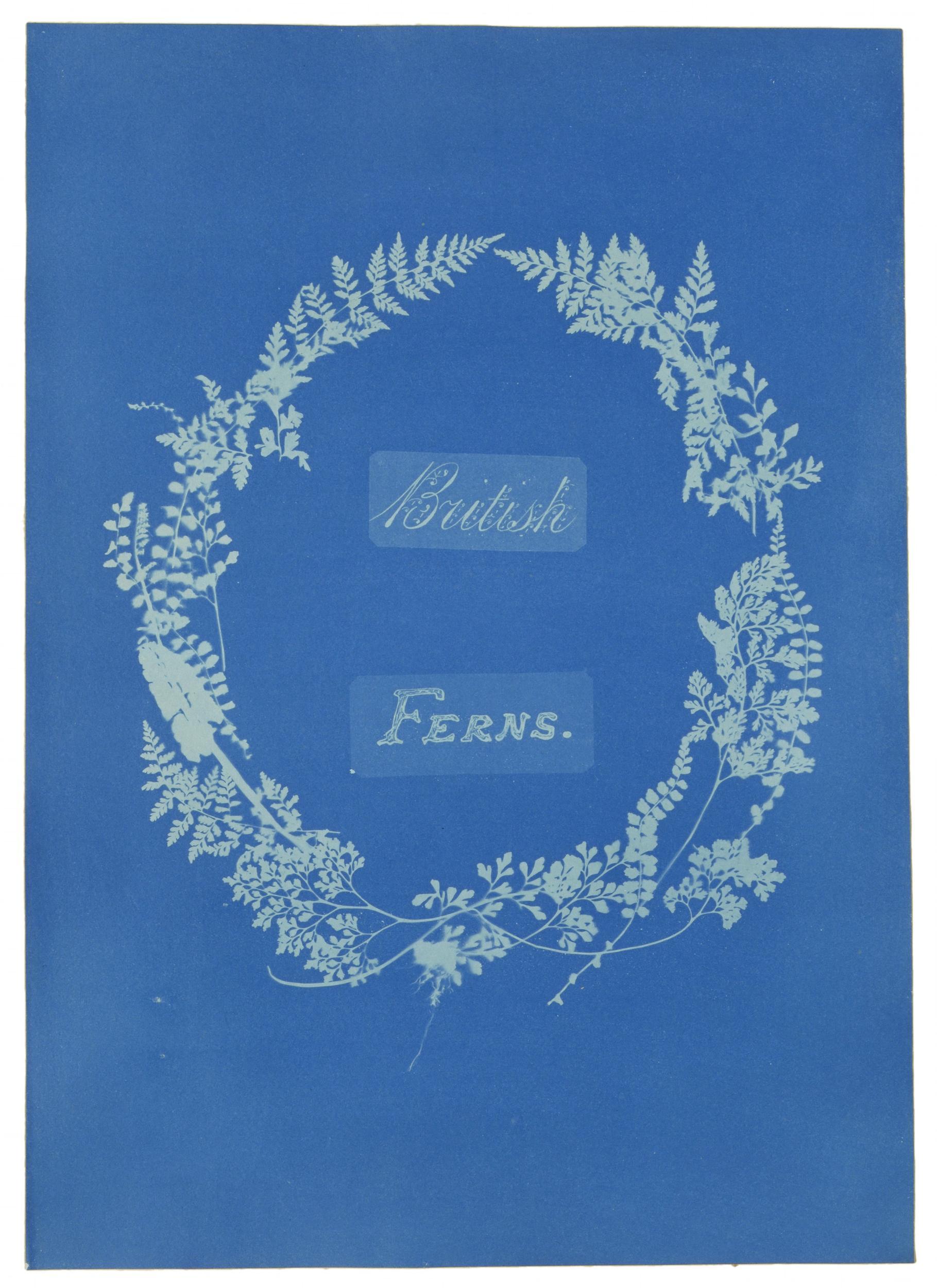 Anna Atkins was the first person to create a book made entirely from photographic images and is widely acclaimed for her use of cyanotypes in the study of British algae. Between 1843 and 1853, Anna produced three volumes of cyanotypes titled ‘Photographs of British Algae: Cyanotype Impressions’, which served as a scientific guide to British algae. Seventeen copies are thought to have been produced, however, as they were individually made, and bound by the recipient, many remaining volumes have omissions or duplicates. It is believed that these volumes originally heled 14 pages of text and 389 pages of algae.

Raised by her father, renowned scientist John George Children, Anna had a great interest in botany and joined The Botanical Society in 1839. These connections gave her access to very early forms of photography, and by 1841 she had access to a camera. Her preferred method of photography, however, was the cyanotype. Cyanotypes were often used to copy notes and plans, as it involves placing an object onto photosensitive paper and exposing it to light. Anna transcended these boundaries by using cyanotypes to capture images of algae and items such as feathers and lace in her other works. Having previously used sketches in her botanical studies, she saw photography as a way of reducing inaccuracies and subjectivity in her work.

Anna’s books on British algae were not published commercially, and instead, she gave them to friends and academic peers. Her dedication to her studies is evident in the time she spent improving upon her volumes and the sheer number of cyanotypes she could produce. Anna’s innovative skill in using emerging photographic technology to advance the study of botany makes her an important figure in both photographic and scientific research. 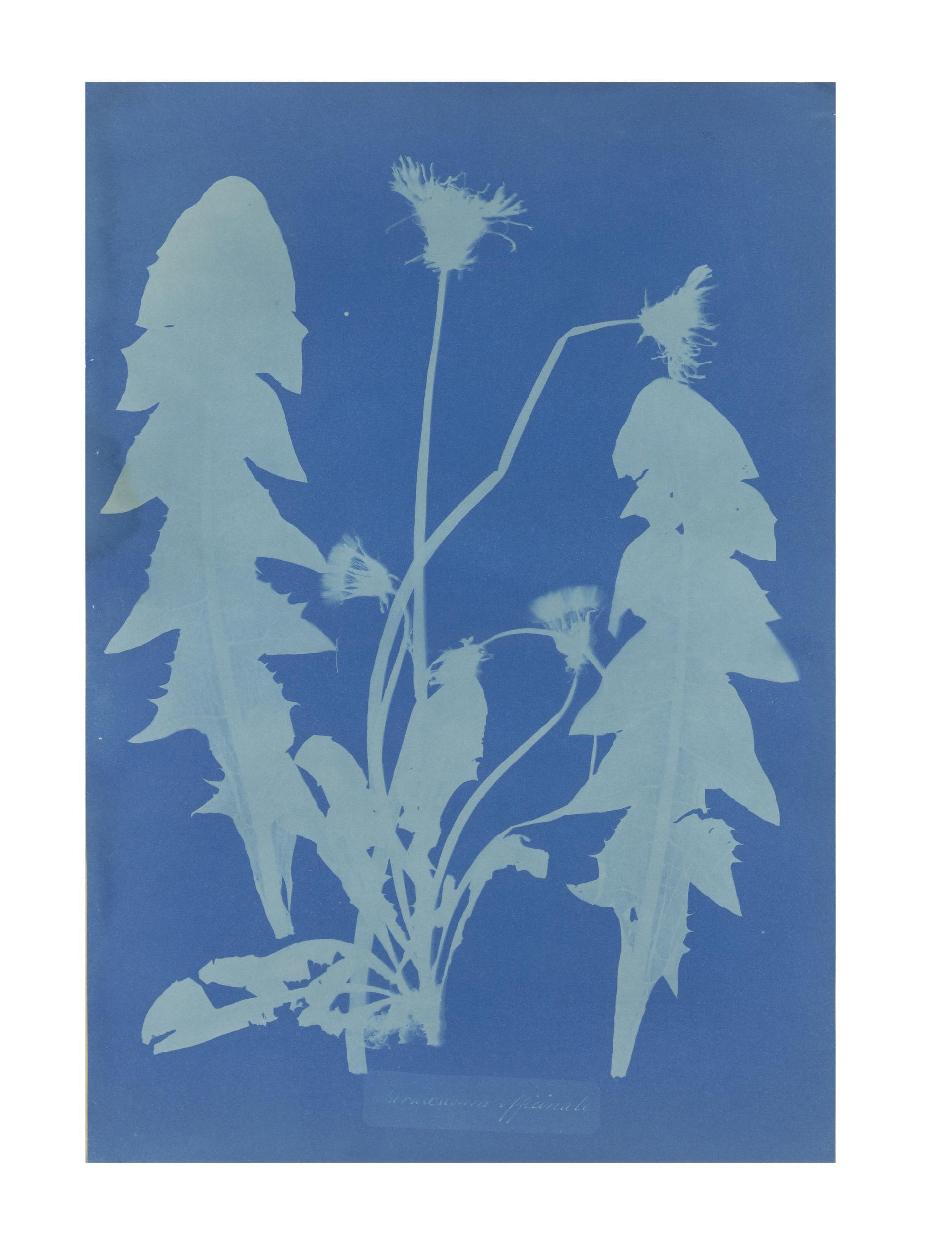 Dandelion by Anna Atkins; cyanotype © The Victoria and Albert Museum 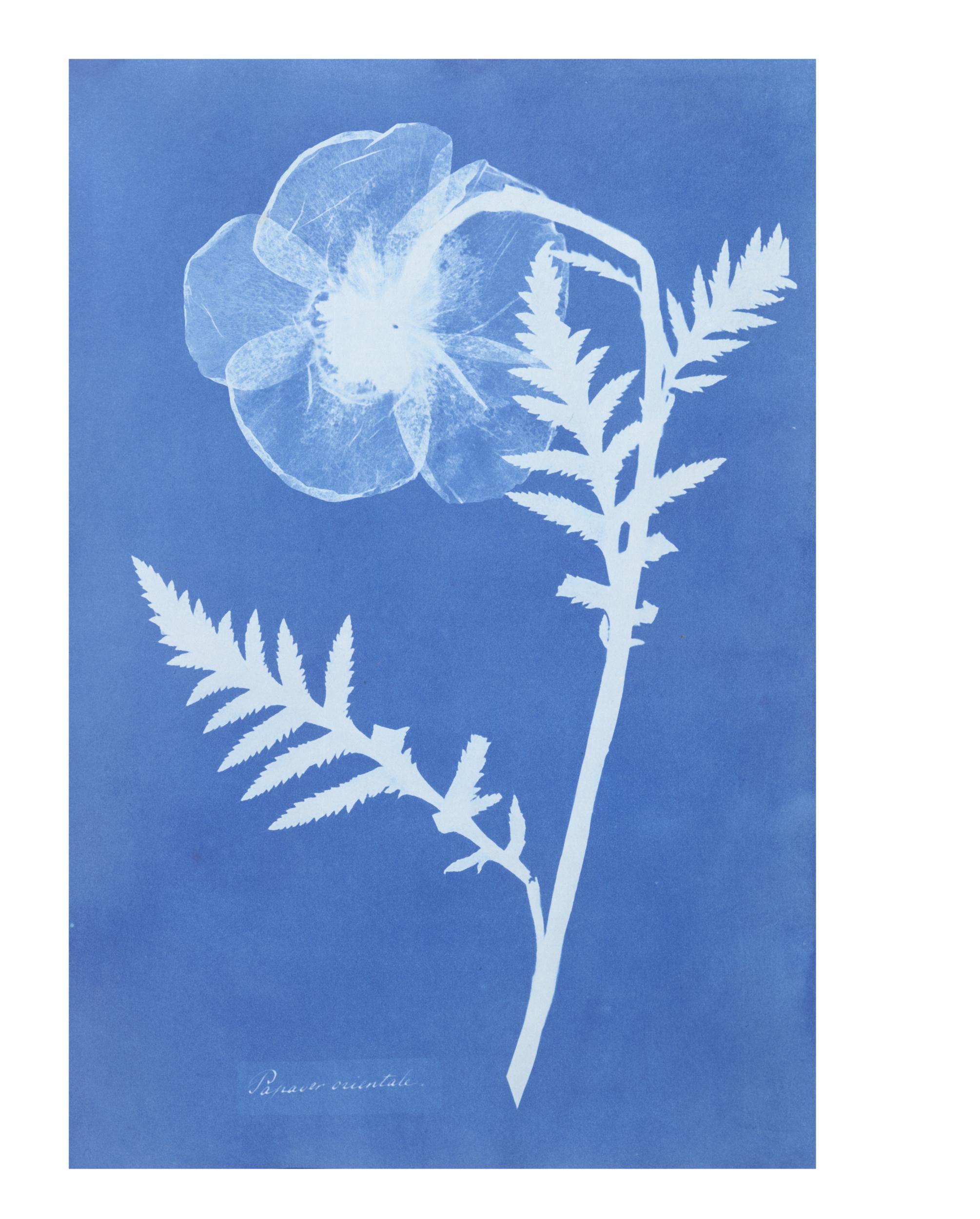