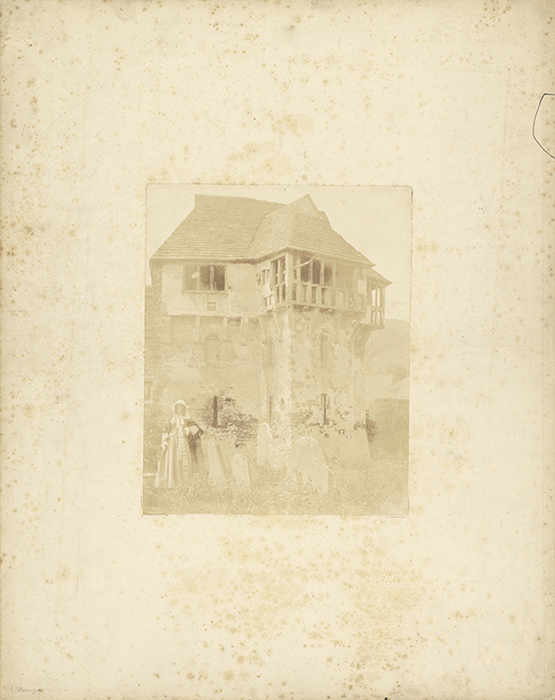 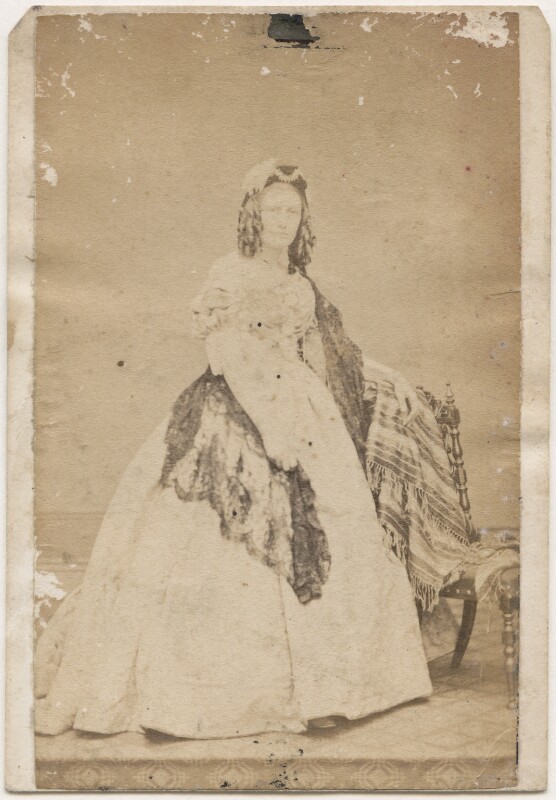 Amelia Elizabeth Guppy (1808-1886) was an early artist and photographer, who is remembered for her photographs of Thomas Phillipps’ collection, and her adventurous spirit. Amelia was an avid painter, showing an interest in scenery and plants in her work. This interest was strengthened by her move to Trinidad in 1839, where she would travel around the island on a white mule painting and classifying the island’s orchids.

Amelia’s first known photograph is a portrait of her son taken in 1847, although the precise origins of her interest in photography are not known, and certain friends or family members may have contributed. Her painting also influenced her photography, with scenery becoming a common feature in her photographs. Amelia’s dedication to photography is evident in her involvement with The Photographic Society, donating a negative taken in Trinidad to them in 1853. The following year she entered four landscape calotypes for their first annual exhibition, before joining the society in 1859.

During the early 1850s Phillipps commissioned Amelia to photograph his collection, which largely consisted of books and antiquities, including urns, seals, and maps. Although Amelia’s photography extended beyond this project, these photographs are the most extensive remaining examples of her work, after poor storage destroyed many photographs during the Second World War.

Therefore, along with not knowing when Amelia started photography, it is not known when she stopped. What is known, however, is that her adventurous spirit lasted her lifetime. Amelia embarked on a journey around the Orinoco River in Venezuela alone at the age of 63 in a bid to collect and paint the local orchids. She was the first white person to explore this area, with the river’s source only being recorded 80 years later. The orchids she brought home from this trip lasted several decades after her death.