Horror film director and all-round spooky badass Melanie Light contacted me back in 2013 and asked if I wanted to get involved in a new project that she had envisioned. As she enthusiastically told me, she wants to introduce a wider audience to a rather particular niche: the women of horror films. As a proud champion of alternative cul-ture, it didn’t take much convincing to get involved. People often see women who sit ‘outside the norm’ as weird or scary, and we wanted to challenge that: yeah, maybe we’re a little weird, but we’re creative, talented and happy in ourselves, too.

We found a perfect location for the shoots: a studio named MurderMile (of course) in North East London. I had used the studio various times for my rock portraits and knew it well. As the budget was very tight, we shot all the images in two (long) days.Our all-female team worked well together, with no horror movie-worthy disa-greements to be found – impressive, when you take into account that one of the ac-tresses involved was an actual Cenobite… 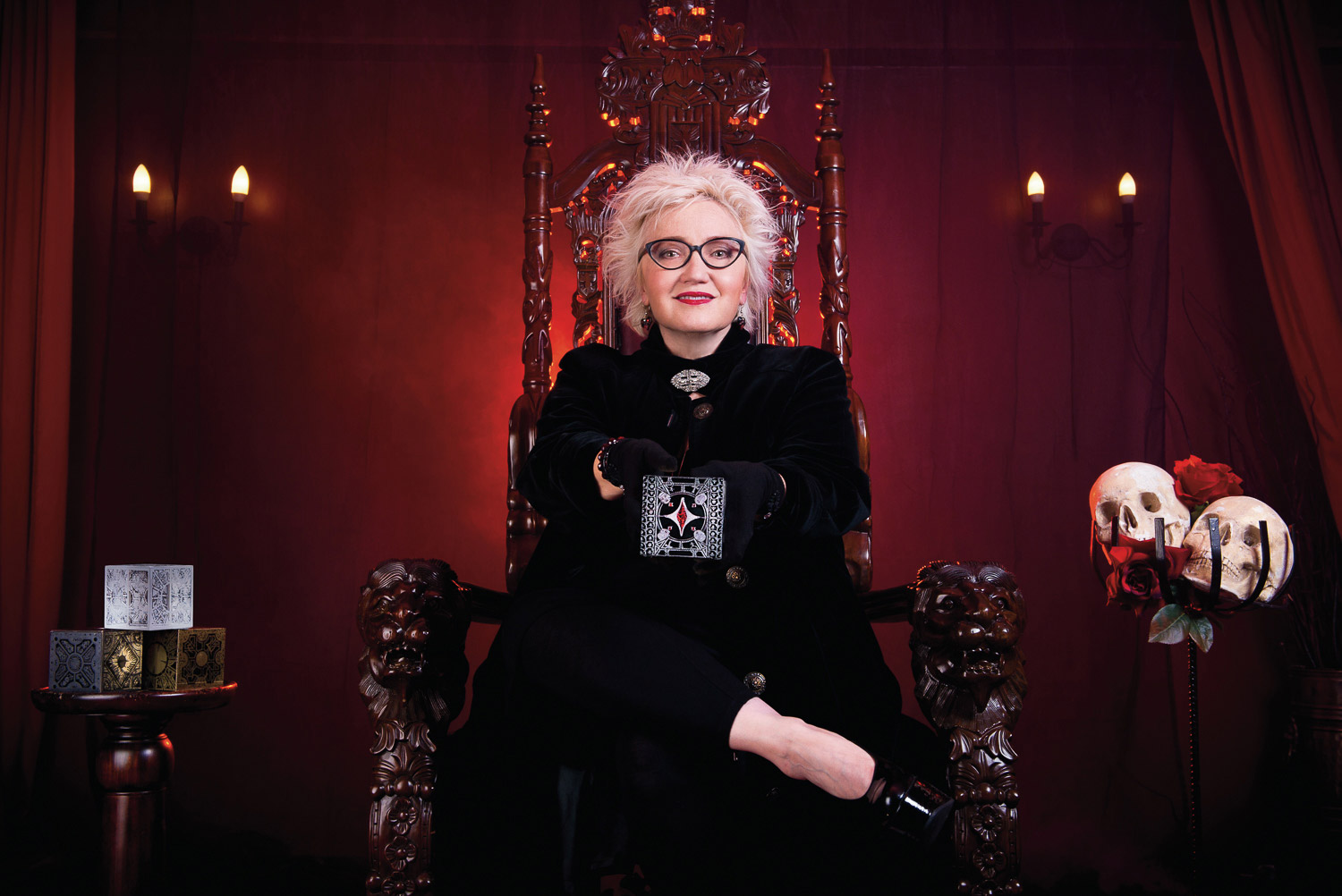 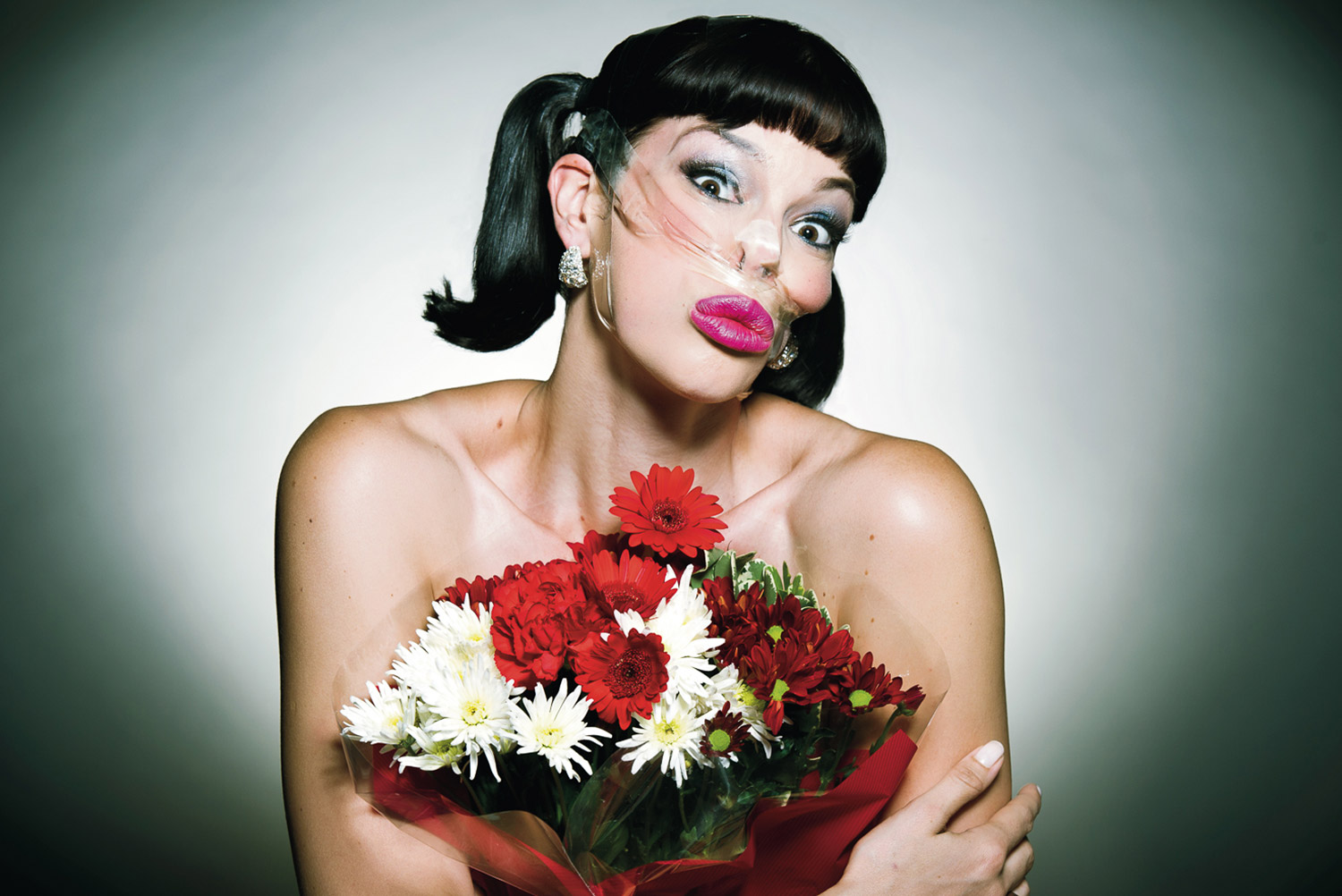 Scottish-born Pollyanna’s career took off in LA in roles in comedies such as Sex And Death 101 and Land of the Lost with Will Ferrell. Her British hits have included BAFTA-nominated thriller Exam and dark comedy Burke And Hare with Simon Pegg. Her most prominent horror role is as the titular character of the controversial Sundance horror hit The Woman, gaining her four best actress awards for her fearless portrayal of a woman free of all societal expectations. Other roles are in Irvine Welsh and Jon S Baird’s Filth, the Kei Oishi adaptation, Love Eternal and in 2014 Brit-horror Let Us Prey. Make-Up: Fran Hounsom 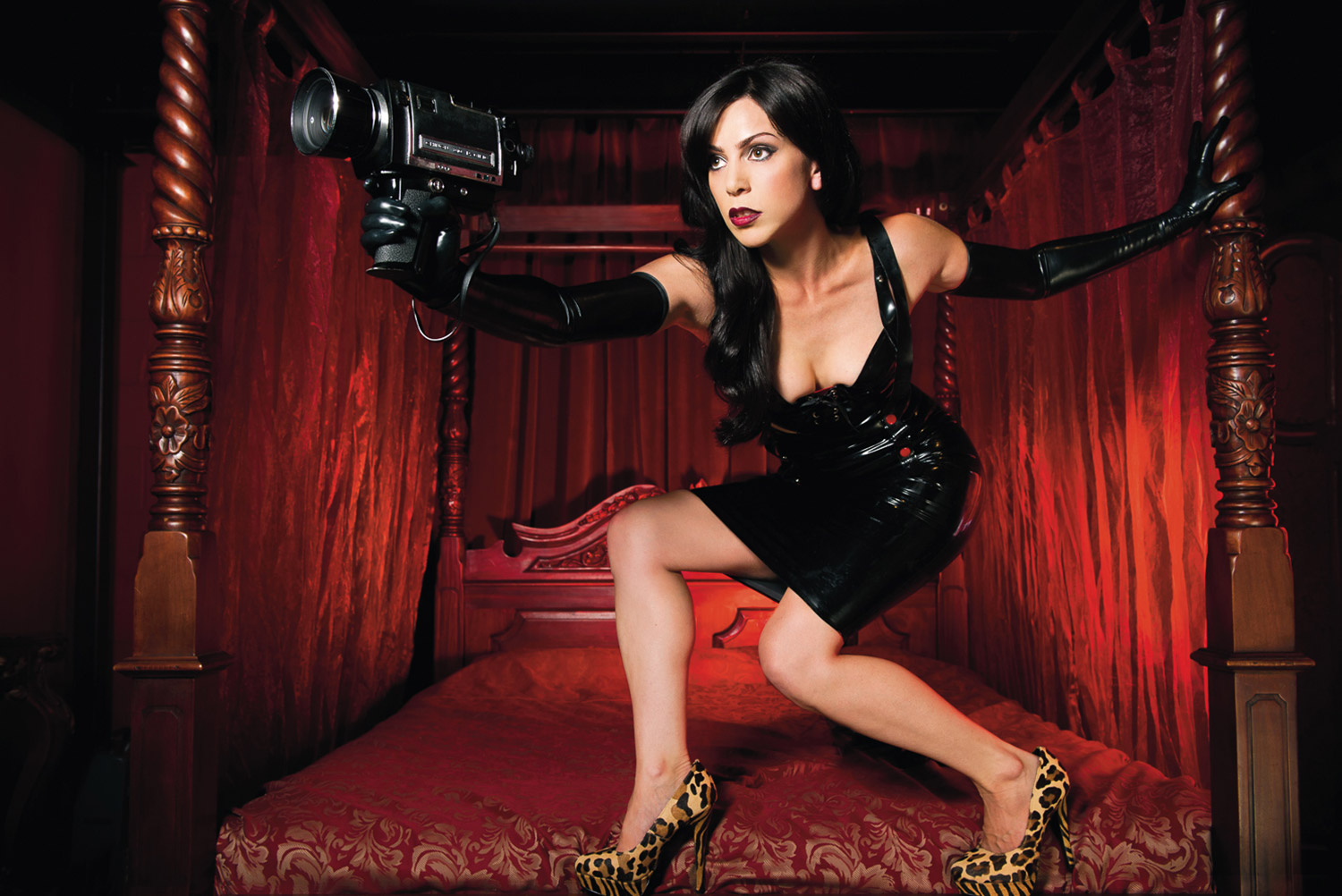 Emily has been a part of the British horror movie scene since the 1990s when she starred in B-movie classics Pervirella and Cradle of Fear. She then became known in the world of gaming when she went on to co-present Channels 4’s successful show Bits for two years. After working on renowned shows The Big Breakfast, Banzai and Out There, she returned to her true love of horror movies with starring roles in Jakes Wests’ Evil Aliens and Doghouse. Emily is currently the face of the Horror Channel. Make-Up: Fran Hounsom 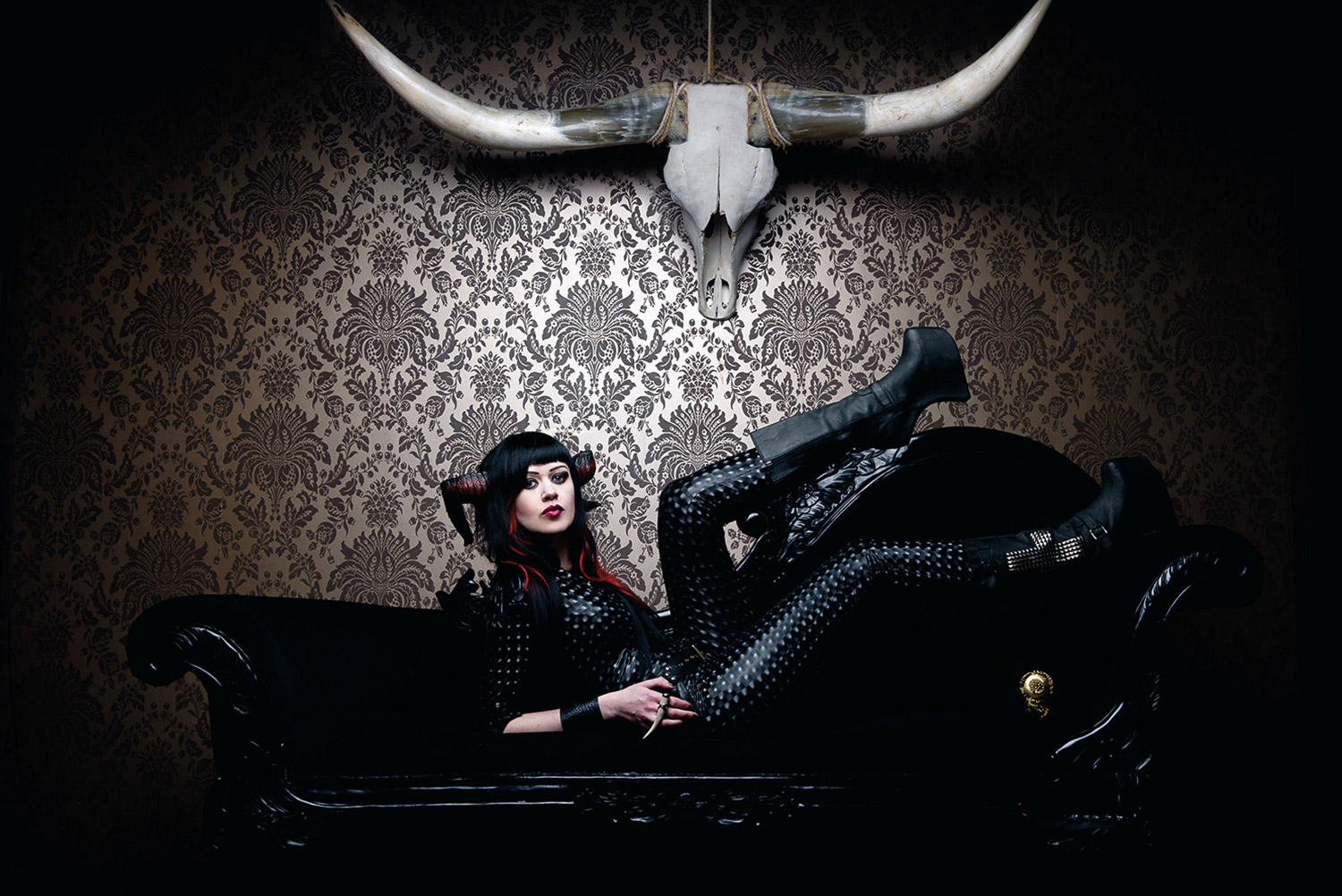 Grog is vocalist, bass player, and driving force of Die So Fluid, a dark and maverick modern incarna-tion of the ‘power trio’ rock group. When Die So Fluid duties allow, Grog is a sought after session musician, having worked with Kelly and Ozzy Osbourne, Melanie C, Blur’s Dave Rowntree and more. She also specialises in creating her own dark stage wear and silversmithing. 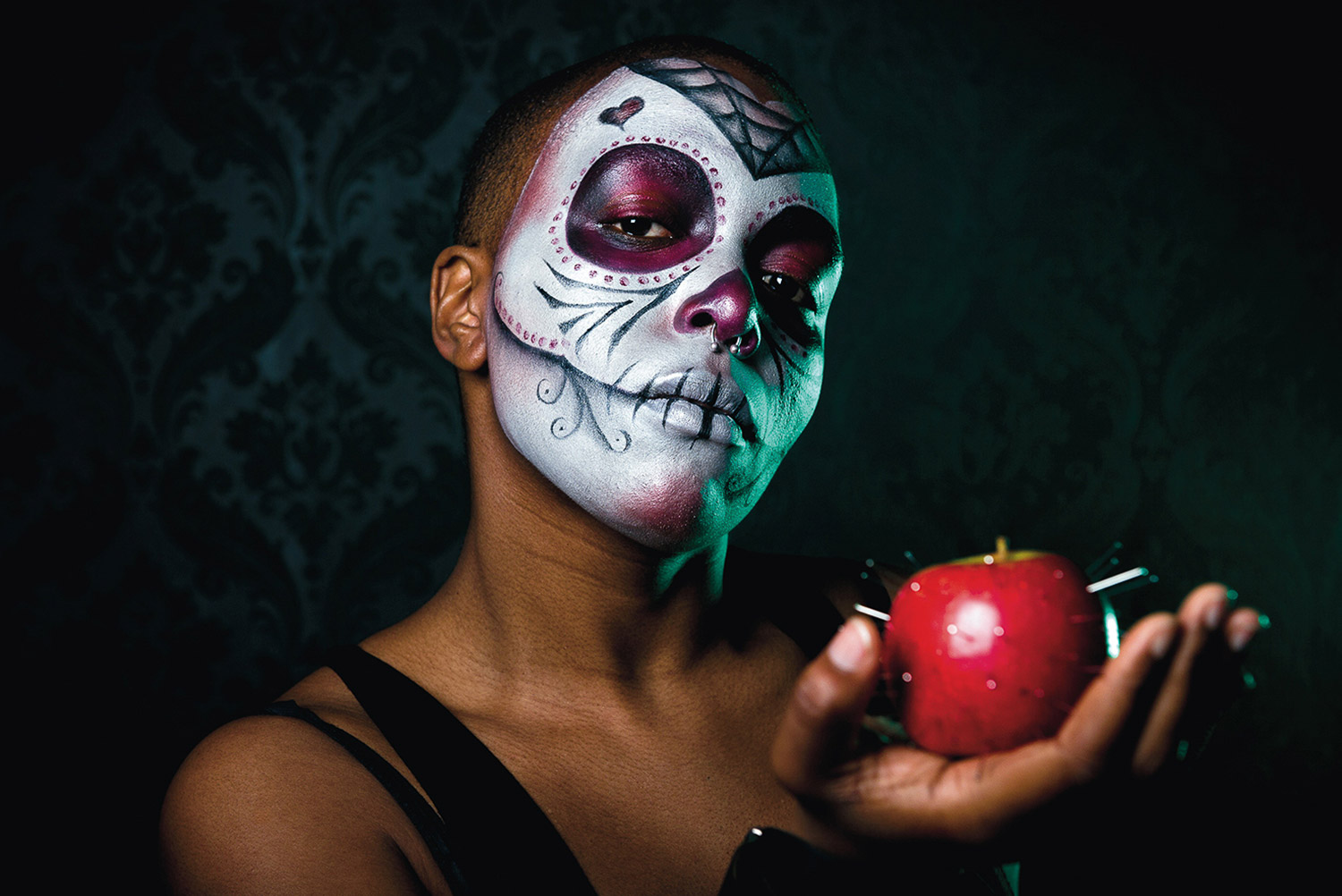 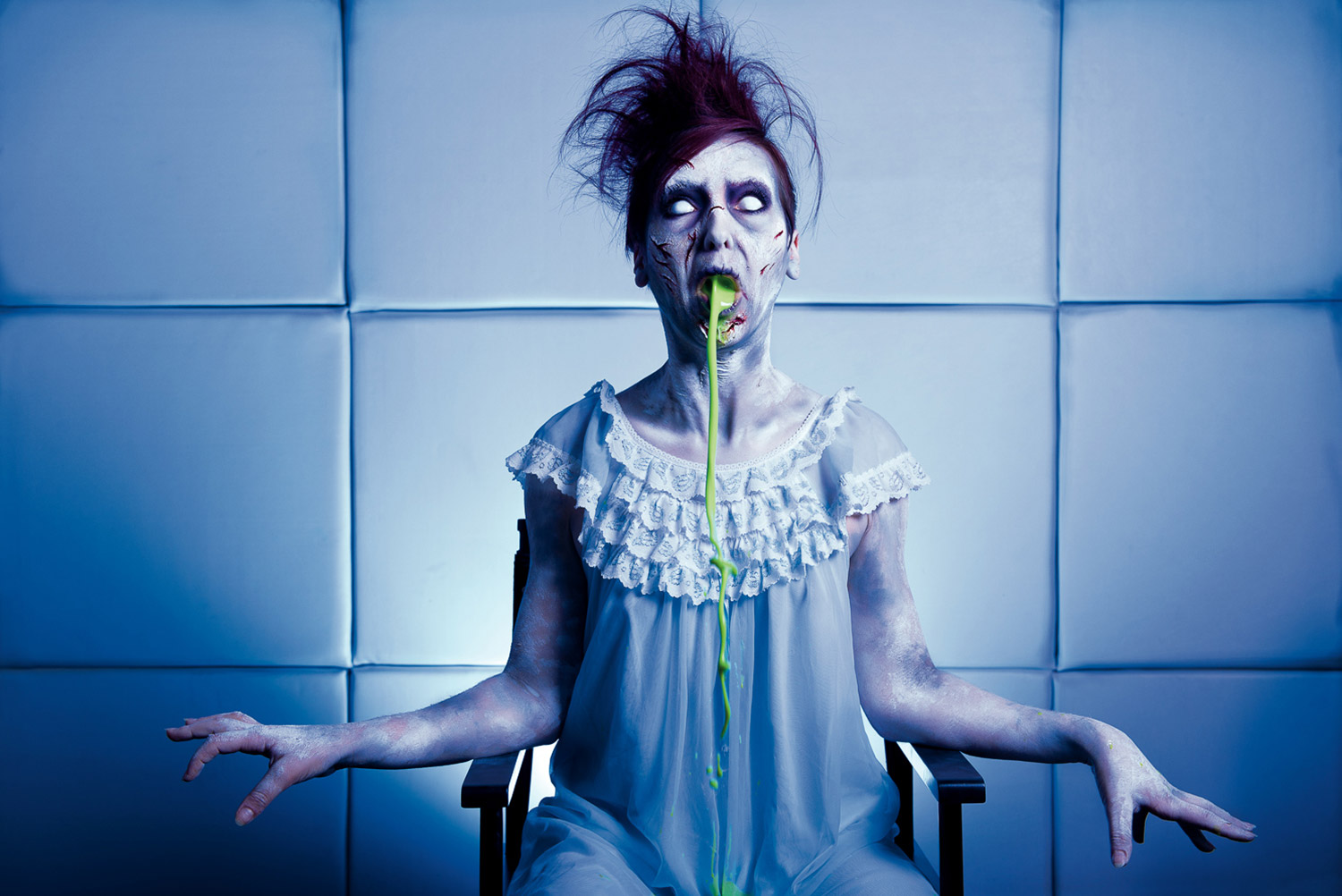 Prano’s work is known for its unique boldness as she fuses a dark, horror-esque vocabulary with a refreshing newness that shows how beauty can reside in strange places. Her films conjure dark myth-ical worlds and have been recognised both in the UK and internationally, claiming numerous awards including the British Horror Award, a UKMVA, and the Best Music Short at London Short Film Festival. Make-Up: Fran Hounsom 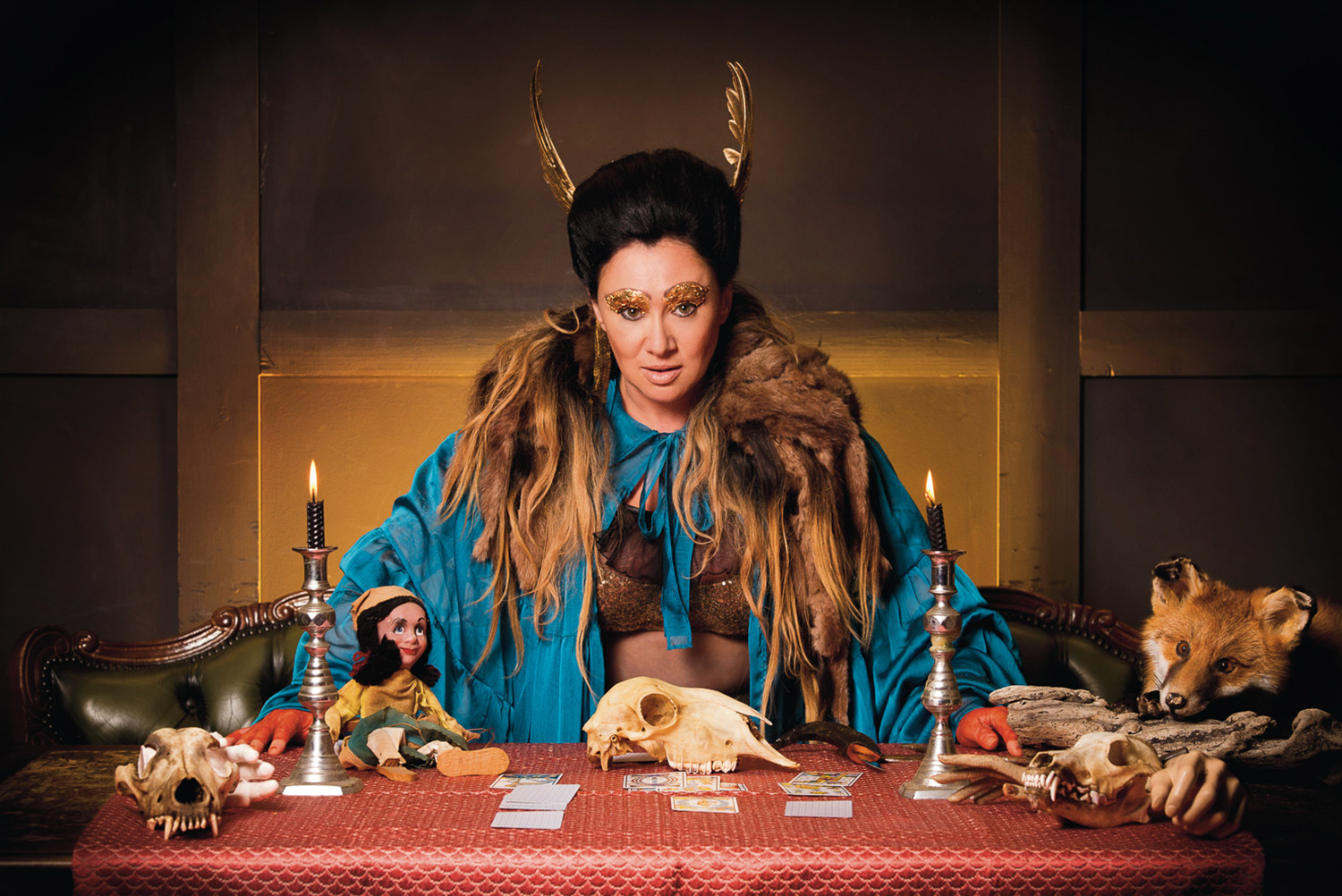 Marisa has been making original performance projects since the early 1990s. Best known for her live performance scare ride Carnesky’s Ghost Train, which operated on Blackpool’s Golden Mile and featured spectacular instillations and a cast of local performers. In 2013 she launched Car-nesky’s Tarot Drome- an interactive rollerskating experience where you meet your own living tarot cards in the flesh. Her solo works including Jewess Tattooess and Magic War have toured interna-tionally to critical acclaim, and she was one of the creators of the Olivier Award-winning production, Cest Duckie. Make-Up: Emma Slater Hair: Fran Hounsom 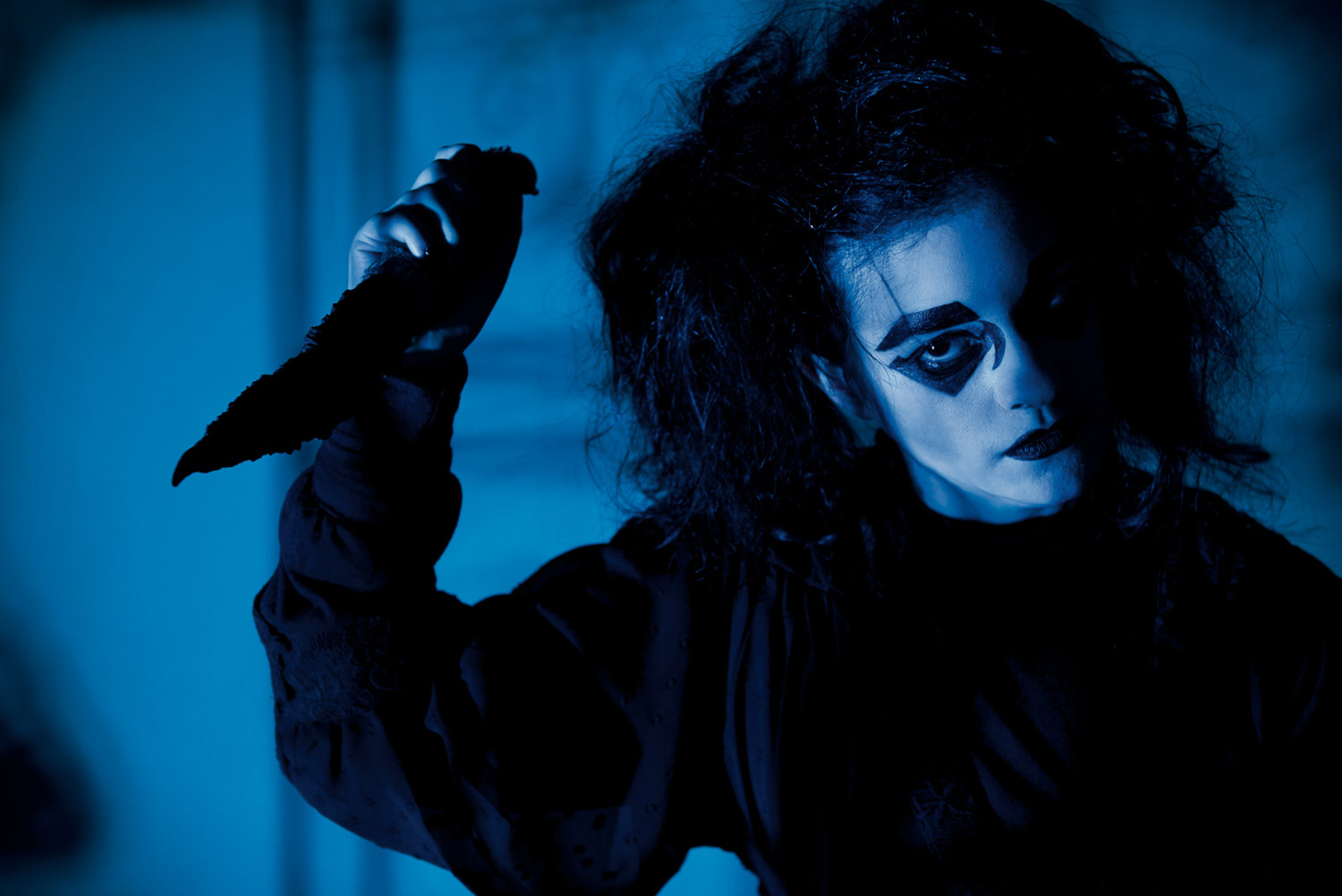 Nia Edwards-Behi is a film writer, and festival organiser from Aberystwyth, Wales. She is co-director of Abertoir, The International Horror Festival Of Wales, which has taken place annually since 2006. She also writes reviews, features and interviews for Brutal As Hell, a genre film website with an em-phasis on horror. Make-Up: Emma Slater

Finnish-born and London-based Tina Korhonen – also known as ‘Tina K’ – is a freelance portrait, music and editorial photographer with over 15 years of experience.

Korhonen started taking pictures early on with her father’s camera, a Canon AE-1. Although mainly self-taught, Tina trained at the London College of Printing and also has an MA from the University of Helsinki. After completing her course Tina worked in a picture library, before stepping fully into the unknown, into her dream of earning her living solely from photography. Tina remembers the end of that era well: “I was let go from my job for my own good, because I was always changing my hours to accommodate New Musical Express’ demands. According to my very understanding boss he was doing me a favour. He also gave me a bonus on my last payday for my first digital camera fund. He saw where my heart was and that I could do this”.

Tina K’s style has been described as well-lit, colourful, eye-catching, punchy and vivid, both in style and subject matter. Although she loves black and white photography, her own photography is mainly in colour. Tina used cross-processing in the film era, long before mobile phone applications rediscov-ered that look. She loves symmetry and clean lines, but also slight madness and a ‘not-too-polished look’ when it comes to her rock portraits.

Tina is a regular photographer for music magazines such as Total Guitar, Metal Hammer, Bass Guitar Magazine and Prog Magazine, in addition to Helsingin Sanomat, the biggest newspaper in Scandina-via. Tina’s work has been published in numerous other magazines and newspapers including Classic Rock, Kerrang!, NME, Observer Music Monthly, Practical Photography and Rolling Stone. She is one of the photographers represented by a new photographic agency Female Perspective. She has also been a critic and a visiting columnist in Practical Photography and she has been seen occasionally in front of photography enthusiasts and students talking about her photography and career.

Outside of editorial work, Tina’s current clients include record companies, musicians and instrument and clothing companies such as Rodrigo y Gabriela, Universal, Yamaha Guitars and Bonnie Tyler. Her pictures have been used in books, record covers and sleeves and posters. Tina’s images can been seen anywhere from extreme metal band Cradle of Filth’s t-shirts to The Hives’ tour posters, and in fashion publications such as Elle and Vogue.

Tina K has had eight photographic exhibitions in the UK, France and Finland to date, including an ex-hibition at Gibson Guitars showroom in London’s West End for five months in 2016. Before being nominated for Hundred Heroines campaign, Korhonen was nominated for Best Photographer at the 2018 Heavy Music Awards. She is currently working on a photographic book and personal project with a working title: Behind The Scenes’.