Suné Woods video installation, Aragonite Stars, explores the relationship to water; bodies of water, bodies in water, and bodies without water. Water has significance to many indigenous cultures; not only culturally but also in survival. Due to ecological shifts, animals have become endangered and people’s livelihoods have been threatened. Suné expands upon these environmental concerns by incorporating used tarps throughout the installation as a way of repurposing a mass-produced material that commonly fluctuates between disaster relief, construction zones, and industrial sites. 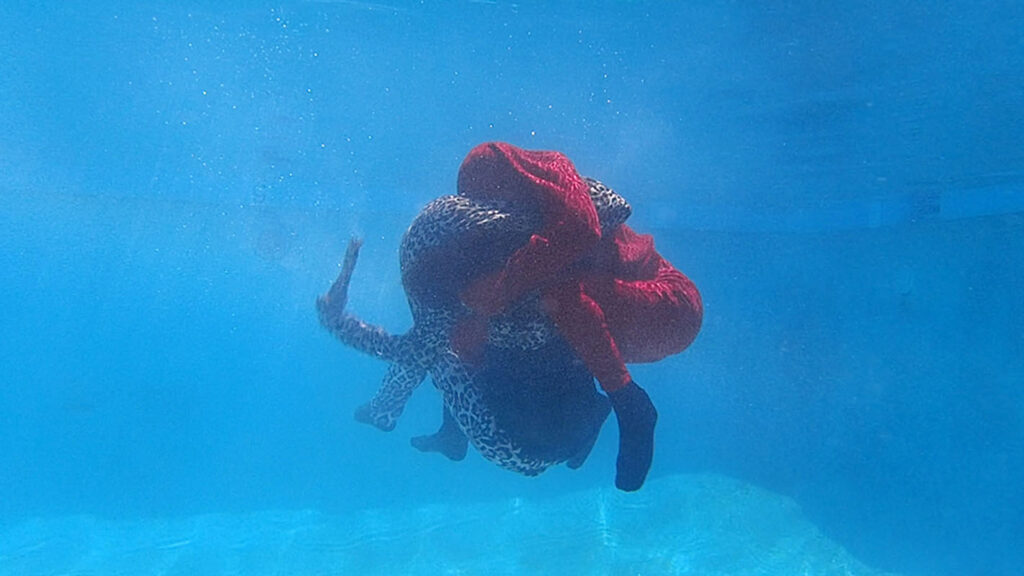 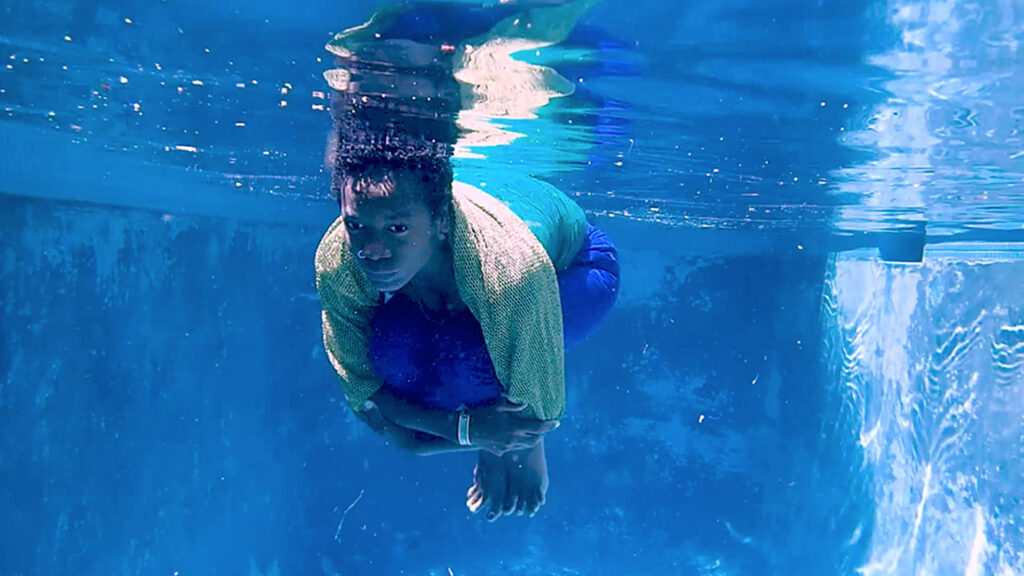 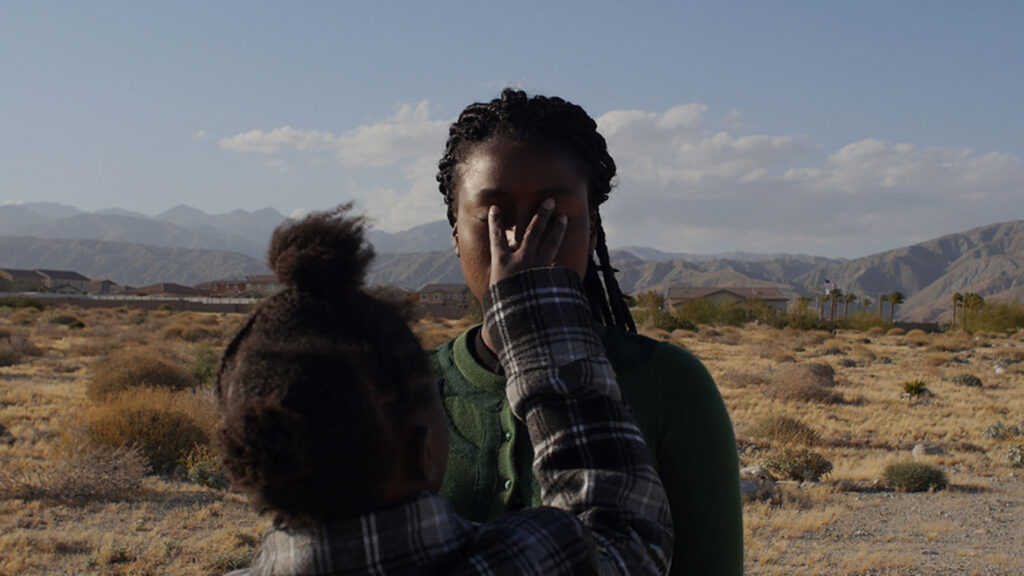 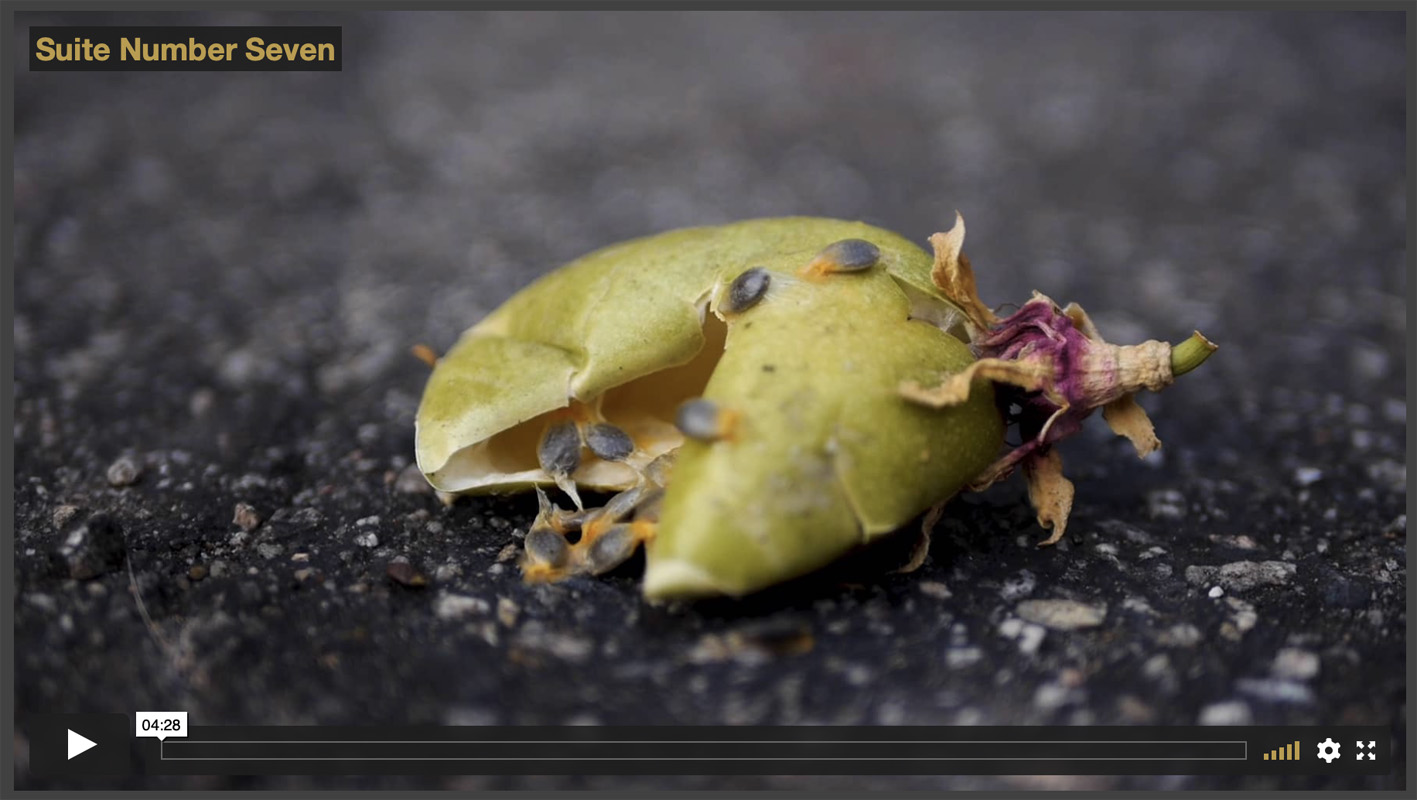