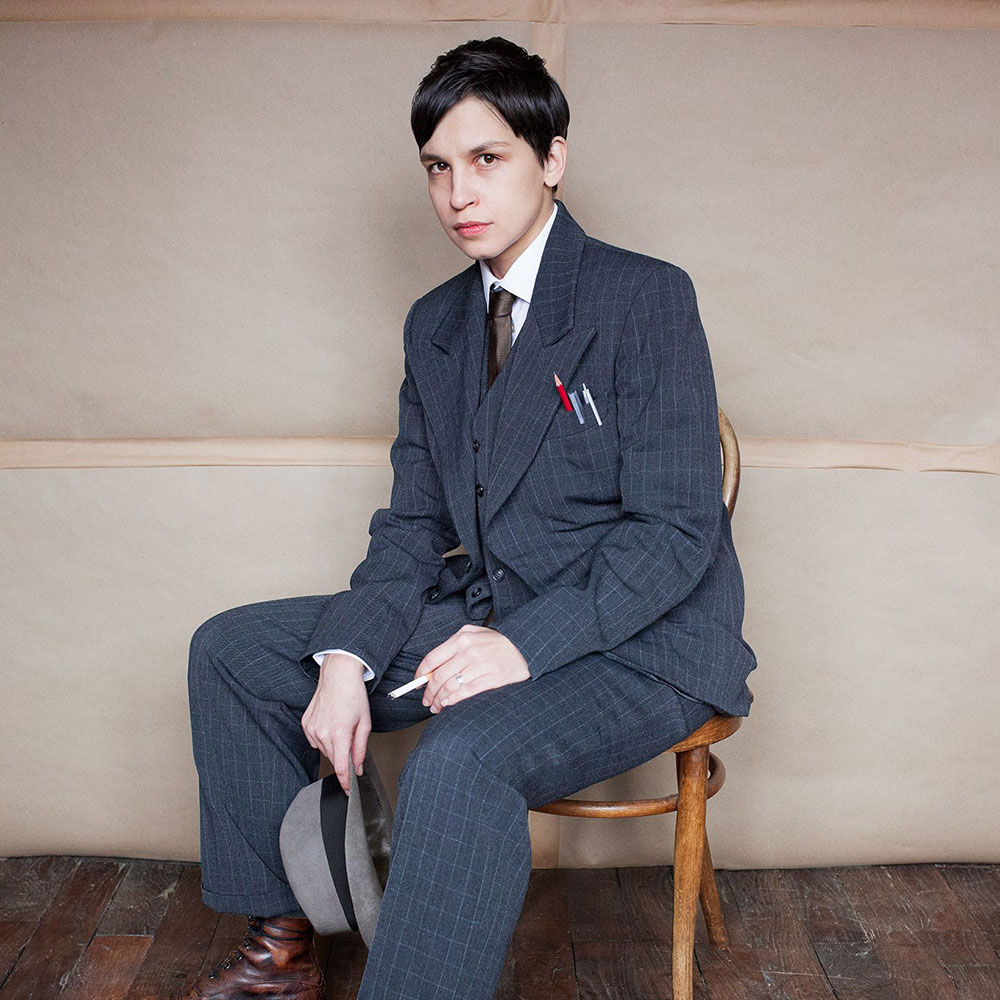 Mari Bastashevski (b. Saint Petersburg, 1980) is noted for creating thematically rich, complex works of art at the cutting edge of sociology and politics. Based between Switzerland and France, her academic background precipitates the strong research element of her work; Mari undertook courses in Genocide Studies at Copenhagen University as part of their art history programme, later earning an MA from the Danish Media and Journalism School.

She is currently a PhD candidate at Trondheim Academy of Fine Art, NTNU, where her doctoral research aims to ‘encompass a new environmental and ontological fluidity’ by assessing the extent to which ‘augmented reality media environment[s] serve as a means of field research into a divergent world, a world of many worlds.’ The project itself, MODELING FOR TRANSMEMETIC WORLDS, is a cross-disciplinary research project which uses VR to explore the relationship between humans, non-human animals, and technology.

Many of Mari’s projects revolve around conflict; in her own words, they are ‘set in regions where well-intentioned political mandates result in abuse of authority.’ Between 2007 – 2010, Mari worked in Russia and North Caucasus on File-126,  a project about the abduction of civilians during the Russian counter-terrorism regime. Depicting the empty rooms of victims of kidnapping, preserved by their families, Mari’s photographs reverberate with a profound sense of absence.

Much of Mari’s work highlights esoteric or obscured narratives; Pete Brook, writing for Medium, has suggested that Mari ‘makes photographs […] to show her stories cannot be photographed. These images are way-markers along roads of discovery.’

While she works predominantly in documentary, Mari uproots the conventions of photojournalistic reportage by privileging text and image equally, yet separating them into individual narratives rather than using images in an illustrative manner. In this way, the image is distinguished as an interpretable object in its own right, inviting analysis and speculation.

The character and content of Mari’s work is truly original, rendering her one of the most innovative women photographers of the contemporary moment. Internationally recognised, Mari’s work has been published in XXI, NYTimes, Yvi, and Esquire and exhibited by the Open Society Foundation, Paris Photo, Grande Plage and Platform 2012 Fotomuseum Winterthur, among others.