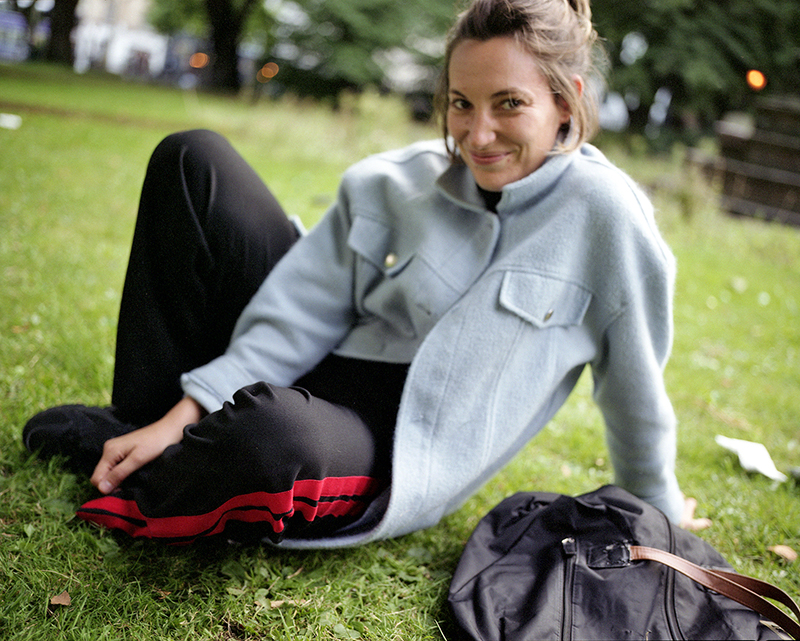 Lua Ribeira (b. 1986) is a Galician photographer based in Bristol. Her interest in relationships and structural separation has led to a practice which is mainly collaborative, and her work is underpinned by a painstaking process of research.

Lua graduated from BAU School of Design, Barcelona with a qualification in Graphic Design in 2011. She earned a BA in Documentary Photography from the University of South Wales in 2016.

Throughout her career, Lua has been awarded several honours, including the Firecracker Grant for Women in Photography, and the Jerwood/Photoworks award.

Perhaps her most well-known series to date, Noises in the Blood, has been exhibited extensively. Exploring Jamaican dancehall culture, the work has been applauded for empowering the women who feature in each photograph. Camilla Brown of Photomonitor noted:

‘Any viewer of this show would be left in no doubt that this scene is not about the subjugation of women, but instead that these women are formidable symbols of female power.’

In another acclaimed series, Aristocrats, Lua represents the lives of women with mental health difficulties and learning disabilities. Again, the work exemplifies her empathic approach to collaboration. Comparing the series to Noises in the Blood, Lua has stated:

‘I do not think Aristocrats differs in theme at all. It is just another way to speak about the same thing. It is another ‘door’, just like dancehall. It is about where our limits lie.’ – Lua Ribeira