The Corona pandemic obscured the climate crisis discussion that had been dominating the public discourse. There is a connection between the spread Covid19 and the capitalist economic system we live in, between the extreme exploitation of nature for profit and economic growth and the outbreak of diseases like MERS, SARS or Ebola and Corona. This unbalancing of nature and the world’s over-reliance on fossil energy has fostered the climate crisis. Young people are on the forefront of addressing these issues with Greta Thunberg as their symbol.

The programme looks back at history, spotlighting certain critical areas around the world in the present and it ends with a poetic and very poignant outcry about all our futures.

Severn Cullis-Suzuki is a Canadian environmental activist and author. In 1992, when she was only 12 years old, she spoke at the Rio de Janeiro Earth Summit, warning the world about the environmental crisis. Eunice Newton Foote (1819 –1888) is a US-American scientist, inventor and women’s rights campaigner who was long refused recognition by the male dominated science world as the first person to have demonstrated the connection between the carbon dioxide emissions and climate change. Naomi Klein is a Canadian author, filmmaker, social activist and critic of corporate globalization. She talks about the causes of the current climate crisis and is followed by the trailer for a film inspired by her book, ‘This Changes Everything’. Activists in Alberta, Canada protest against a pipeline transporting high pollution tar sands from the deposit of loose sand saturated with highly viscous bitumen. The Oil recovered from it is a form of fossil fuel with greenhouse gas emissions more than 40% higher than those of conventional oil. Open-pit mining has devastated Alberta’s boreal forest.

Bolivian women have a very strong voice drawing attention to the connections between patriarchal structures and climate change caused by transnational mining and oil companies.

The Dakota Access Pipeline, which was planned to transport crude oil under the Missouri River was accompanied by Sioux protests. It is thought to be one of the biggest unexploited oil reserves in North America. Thousands of fracking boreholes were planned and the pipeline was to pass within 500m of the Standing Rock Reservation and under the Missouri River which is its only source of water. The Women of Standing Rock, Tokata Iron Eyes, a 13 year old girl and Jasilyn Charger, who initiated a 2,000-mile run from North Dakota to Washington to raise attention to the problems the pipeline was causing, report on the positive and negative events at Standing Rock Camp. In July 2020, a District Court judge ruled that the pipeline had to shut down and be emptied of oil pending a new environmental review.

This Changes Everything (Trailer), 2:22

*This Link will take you to Vimeo to watch this Trailer 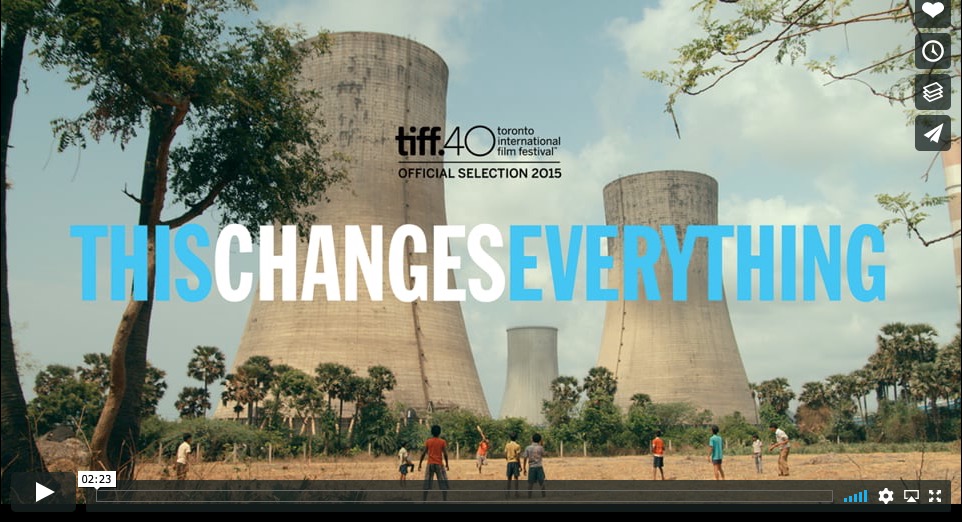 END OF THE LINE: THE WOMEN OF STANDING ROCK Teaser, 5:06

This 13 Years Old Girl STANDS UP to the Dakota Access Pipeline!, 1:51

How China’s first climate striker wants to help save the world | DW News, 7:17