Finnish artist Laura Neuvonen and Turkish animator and illustrator Elif Boyacioglu tell of obsession and phobia, while a conversation between father and daughter at the kitchen table takes an unexpected turn in Ira Elshansky’s story. She is a Russian-born artist based in Israel. We get the answer to the question as to why US-American cartoon characters wear white gloves, followed by voice actor Tara Strong, a Canadian-American actress whose multi-faceted voice-over work has given life to many animated figures. “I draw. I always have, I think … I would like to draw as long as I am able to do drawing,” says Polish artist  Karolina Głusiec.  Then comes Suleyman, a drawn elephant that had to walk from Lisbon to Vienna which is where its creator  Bulgarian multimedia artist Ani Antonova lives. Back in Israel, Inbal Bentzur and Mor Galperin depict an ultra-Orthodox vigilante on his nightly rounds through Jerusalem and this is followed by the daily routine of a multitude of faceless men in a nameless city, drawn by illustrators, motion graphics and animation artists, Danae Diaz, who is Spanish and based in Germany, and US-American Patricia Luna. The Bauhaus art school in Germany was founded in 1919 by architect Walter Gropius and existed until 1933 when the Nazi government came to power. Its progressive programme of amalgamating crafts with art drew a lot of women to the school. Despite the declaration of accepting “… each honest person regardless of age and sex,” women were frequently pushed in the direction of classes of weaving, considered a more domestic or feminine occupation. German artist Verena Kyselka pays tribute to the Women’s Class, founded in 1920. US-American performance artist, storyteller and actress Sonya Renee Taylor, who believes in the power of art as a vehicle for social change, concludes the programme with her poem Evolve. 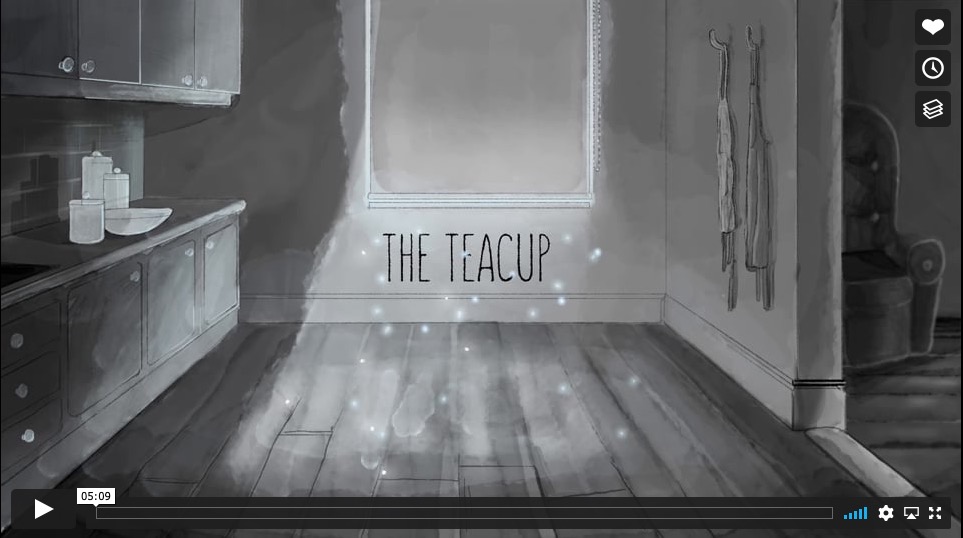 This Actor’s Cartoon Game Is Strong, 3.38