For the final celebration there is another selection from my list of films that has grown over the last 52 weeks: art films, documentaries, short narrations, music videos. It’s also a programme where you have to rely on listening as well as on the impact of the visual images especially if you don’t speak Spanish or Italian.

Listen and watch La Chica’s fabulous masks. This French- Venezuelan musician is followed by US-American artist Julie Weitz, a video and performance artist whose documentation of an immersive installation explores the perceptual phenomenon known as Autonomous Sensory Meridian Response. Cecilia Mangini (1927 –2021) was an Italian film director and is considered to be Italy’s first female documentary filmmaker. Her powerful images reflect on funeral traditions in Southern Italy in the 1950s. Mia Eva is a US-American multidisciplinary artist and friend, whose workshop with Bartolomay Martinez from Pina Palemera Rehab Center, in Oaxaca, Mexico culminated in a public body and sculptural performance. The Australian Indigenous Karrabing Film Collective is concerned with making film and art that conveys their oral tradition via films which oscillate between fiction and documentary, the past and the present.Thirza Cuthand is a Canadian filmmaker, artist, writer and curator. Her  biting take on a post-dystopian future concludes this year of very exciting film programming. 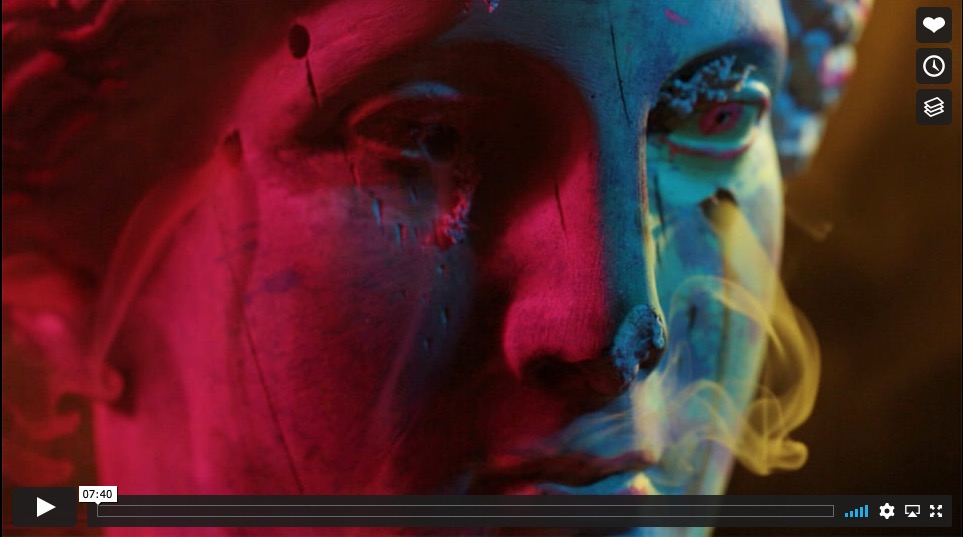