It’s The Message Not The Notes

By PlanetHeroines6th August 2020No Comments

Week 18 – It’s The Message Not The Notes

The musicians in this programme convey a lot more than just their wonderful music.

There is Melanie, a US-American singer-songwriter who became an icon of the 1970, after performing as one of only three female solo singers at Woodstock in 1969. The lyrics of her Look What They’ve Done to My Song, Ma sets the tone for some of the following commentaries by other singer-song writers. 1970, Fanny, a US-American rock band took the stage as one of the first all-female rock groups to achieve critical and commercial success. Their refusal to conform to typical girl group clichés is echoed by Orene Askew’s message to young people. She is a DJ of Afro-Canadian and First Nations background that brings Hip hop and R&B to the dance floor as DJ O Show.

Tanya Tagaq, a Canadian Inuk throat singer was invited by Buffy Sainte-Marie to a music session. As an Indigenous Canadian-American singer-songwriter, composer and social activist Buffy Sainte-Marie was the first indigenous person to win an Oscar in 1983. After her first hit, the pacifist song ‘Universal Soldier’ in 1964, the FBI and CIA kept files on her and the Lyndon Johnson administration prohibited radio stations from playing her music.

Miriam Makeba, (1932–2008), was a South African singer, songwriter, actress and civil rights activist. This outspoken advocate against apartheid and the white-minority government had her passport revoked in 1960 by the South African authorities who refused to allow her to return after she travelled abroad. Highly revered as a musician, many singers covered her songs  one of which was Angelique Kidjo, singer-songwriter, actress, and activist of Nigerian descent from Benin. Les Filles de Illighadad are a Tuareg band from Niger. The founder  Fatou Seidi Ghali is said to be the first Tuareg woman to play the guitar professionally. Sister Rosetta Tharpe’s guitar playing has influenced countless rock and roll musicians. She was a US-American singer, songwriter and guitarist, who lived from 1915 to 1973 and was referred to as “the Godmother of rock and roll”.

Unfinished Documentary (Play Like A Girl “The Rock & Roll Life Of June Millington”), 5:07

This DJ is Empowering Marginalized Youth Through Music, 3:37 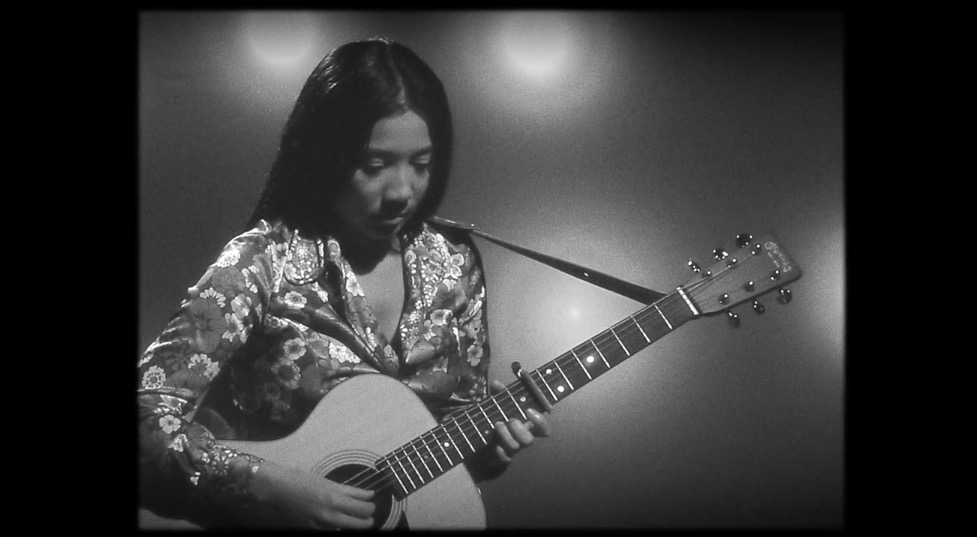