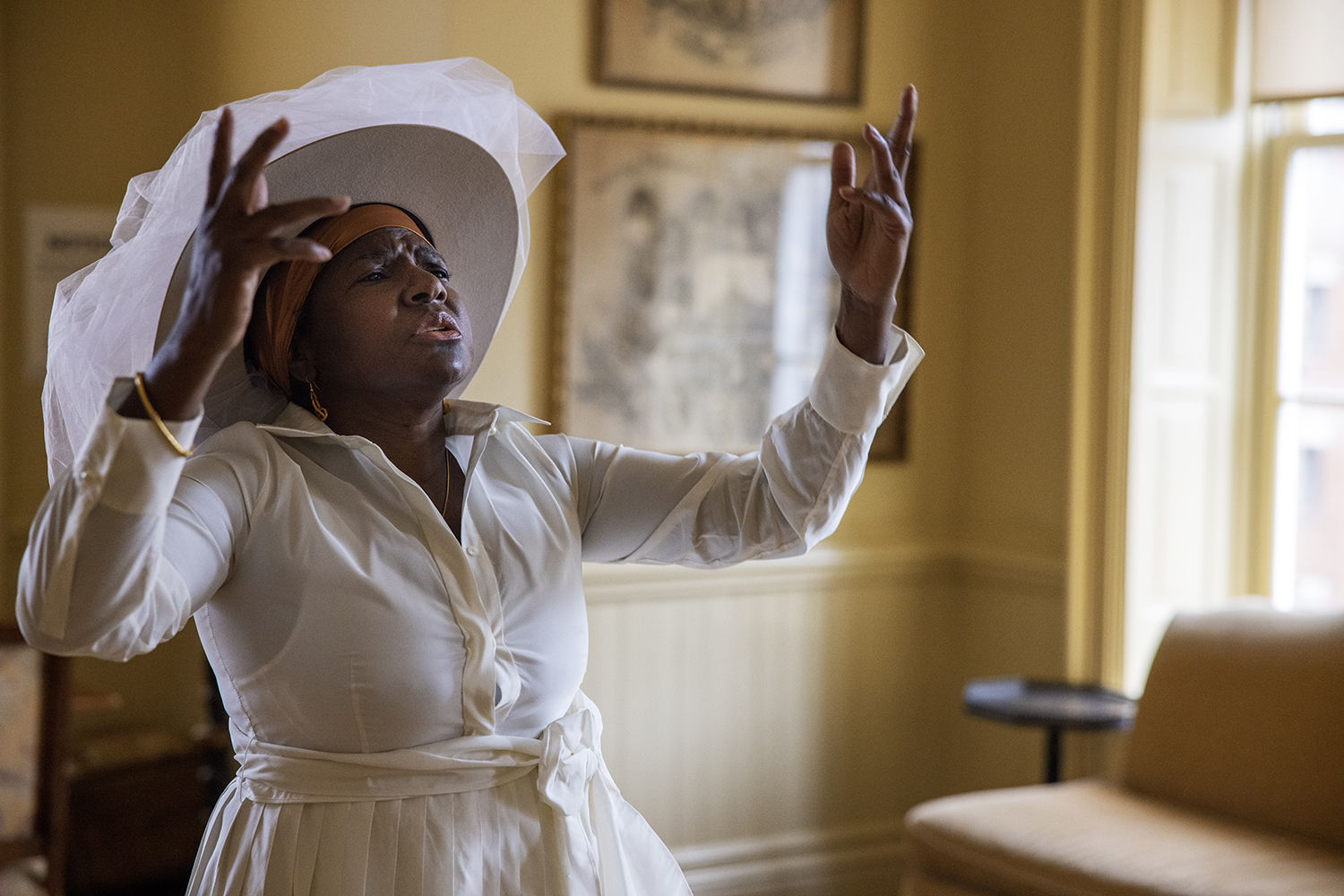 A Call for a Better Tomorrow

When We Gather pays homage to women who have been instrumental in bringing about change in the United States, leading to the election of the country’s first woman and woman of colour Vice President, Kamala Harris. Even though it’s focussed on the United States, the film’s message of healing, unity and creation can be adapted to a wider context. Justine Ludwig, the Executive Director of Creative Time says, ‘ Art needs to be an integral part of the strategy around engendering dialogue and inspiring transformative action…When We Gather arrives at an inflection point—it is both an invitation to contemplation and a galvanising call to envision and enact a better tomorrow.’ The idea for When We Gather came to María Magdalena Campos-Pons in a dream. Her gallerist Wendy Norris said that the project started when María talked about her vision in which a group of women—off all ages, races and sizes—were dressed in white and moved counter-clockwise in a circle around the White House. Maria said that the circular motion was a healing or cleansing ritual, derived from her Yoruban heritage, but could also be linked to Native American, Jewish and other cultures.

Jana Harper (Tommy Oliver). Courtesy of When We Gather and Gallery Wendi Norris

I find the almost fantastical nature of the conception of this project fascinating. How often do we come across art that was born out of a dream? History, gender and identity have long been the basis of María’s work, and this project also stays true to her thematic passions. The entire project is around thirty-five minutes long, including the three minute long film. When We Gather straddles photography, poetry, dance and music. It begins with photo montages of women from different eras, races and professions. One of the scenes comprises a picture of women working in a factory, juxtaposed between two images of homemakers. I think this scene is important because when we talk about ‘changemakers’, we mostly consider those on the frontlines—the revolutionaries, the activists, the professionals, those that have economic independence and can effect change in quantifiable ways. Women who lend support from the background, such as mothers, wives and caregivers, don’t get the kind of recognition that they deserve. 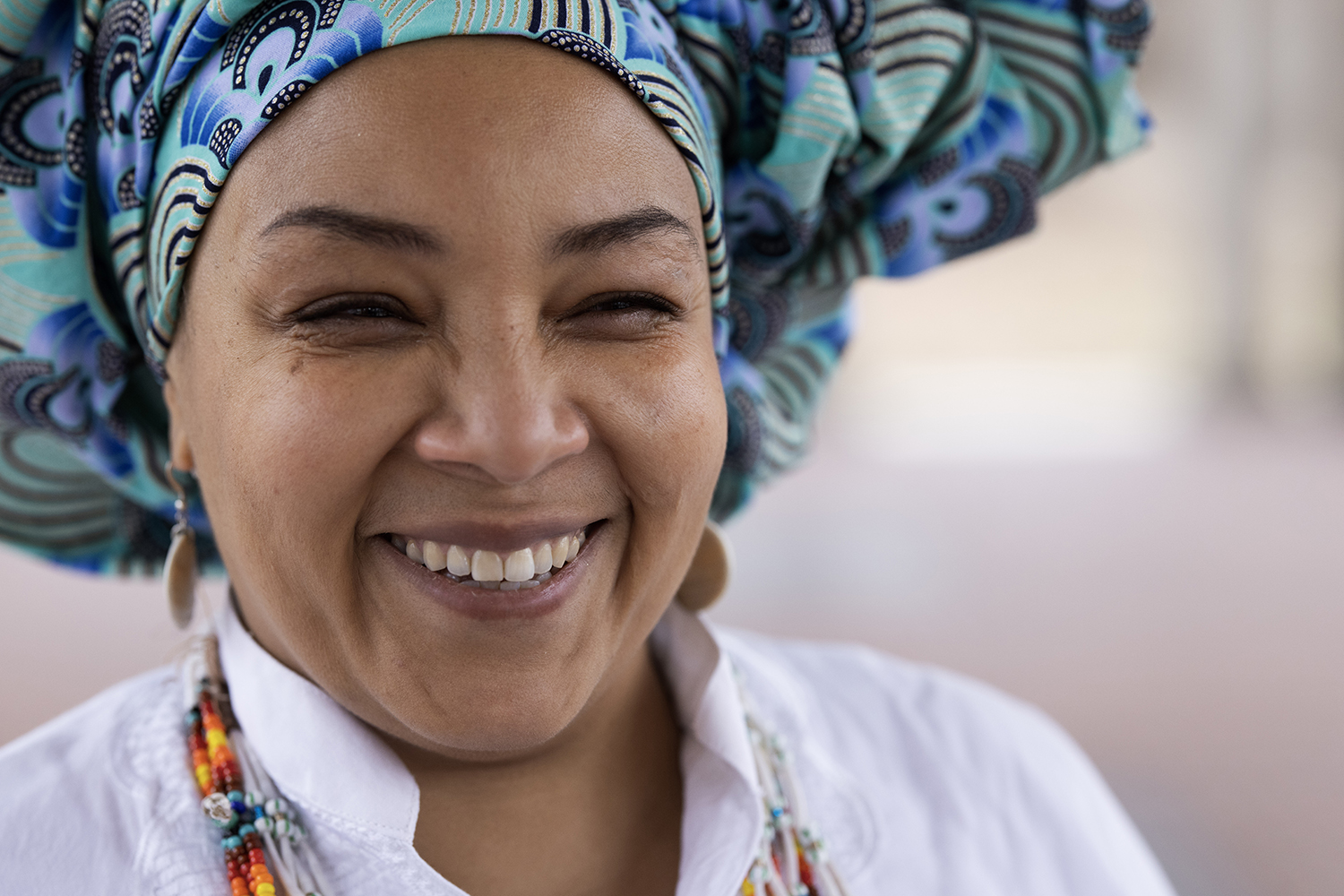 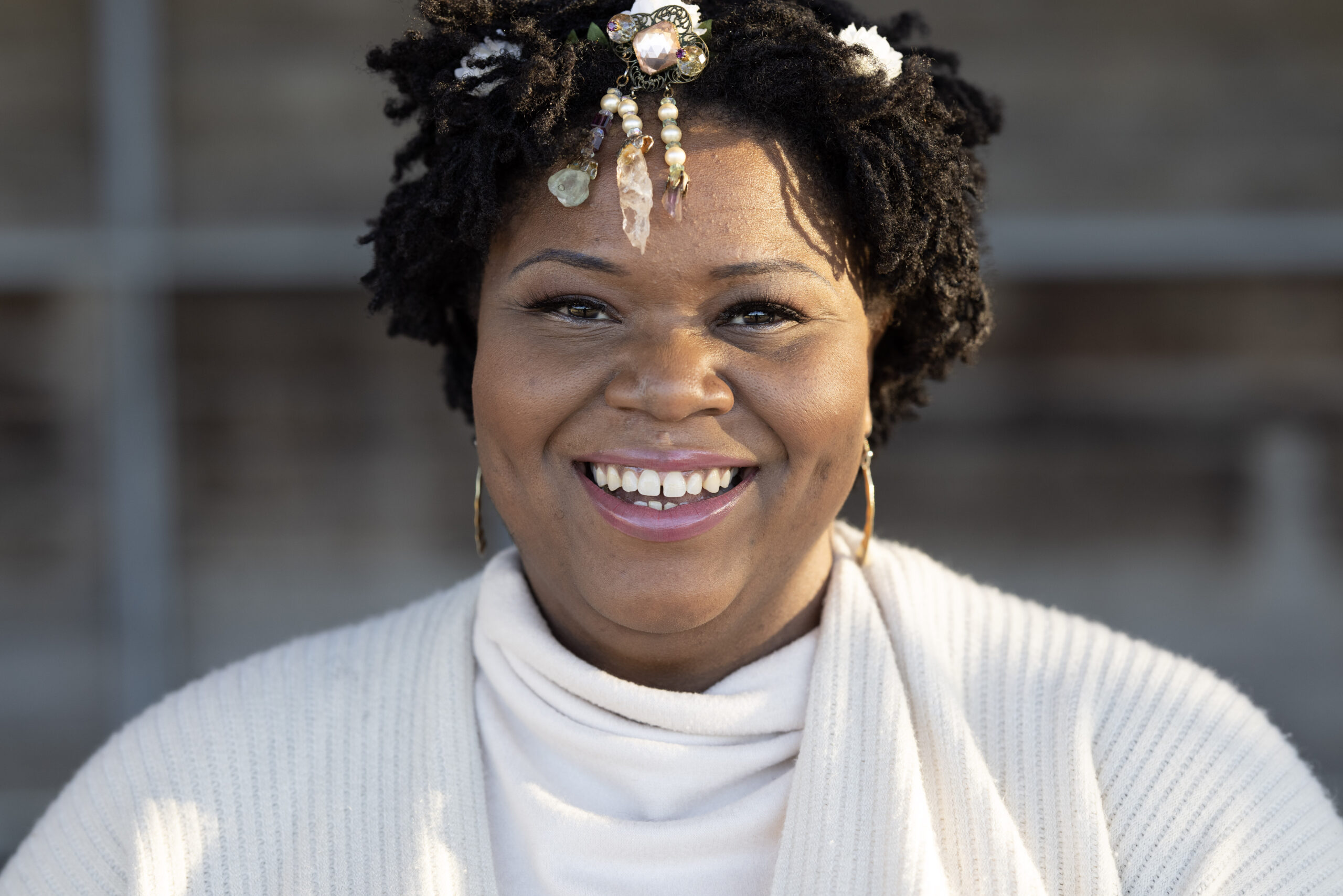 The next scene is of a group of women outside the White House with a placard that says ‘Mr President. How Long Must Women Wait for Liberty.’ Following this, we get to the poetry narrated by Alfre Woddard, who starts by recounting the marginalisation that women (particularly Black women) have faced, working for less money, the emphasis on being a ‘good girl’ who needs to be ‘watched over’, being contained by social and political forces. But the women in question, though ‘had little… (they) dreamt labyrinths.‘ The poem ends with an exhortation to make way for ‘the industrious ladies…imagining necessary glory in tongues.’ As the poem is being narrated, you see the five contributing artists dressed in white and spinning in circles. Some have their eyes closed, while others move their arms in fluid, abstract motions. Their expressions are strong and strained but as the film draws to a close, they look peaceful and serene, like in a state of trance. The penultimate scene shows each of these women holding a piece of blue fabric with knots in it. It looks like they are part of a chain. Or joined together in a circle? It is hard to tell from the way this scene has been shot but art is open to interpretation. 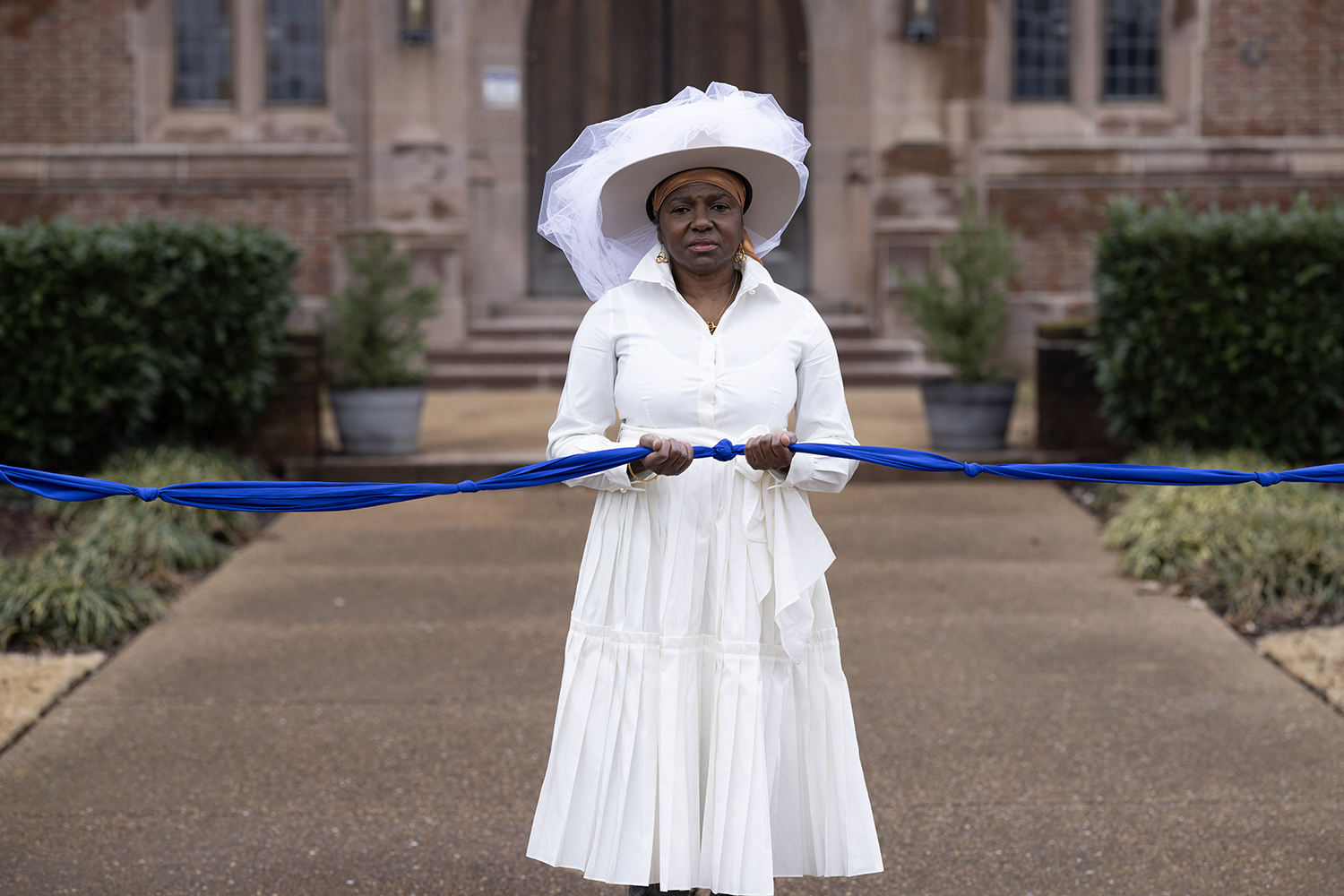 Three symbols stand out in When We Gather—the white dress, the blue knotted fabric and the circular dance moves. White is considered a colour of honesty and purity. It is symbolic of a fresh start which is in keeping with the film’s inspiration—a woman of colour, Kamala Harris—ushering in change in one of the most powerful countries in the world. The piece of blue fabric with seven knots that the women are seen holding is a Cuban tradition. In a behind-the-scenes interview, María said that if one lost something, in the context of a house or domestic space, they made seven knots in a piece of fabric to find it. Extending that idea, she used seven artists for the film, to bring together ‘a kinder and more habitable world and existence.’ The colour blue can also be seen representing serenity, inspiration and wisdom. 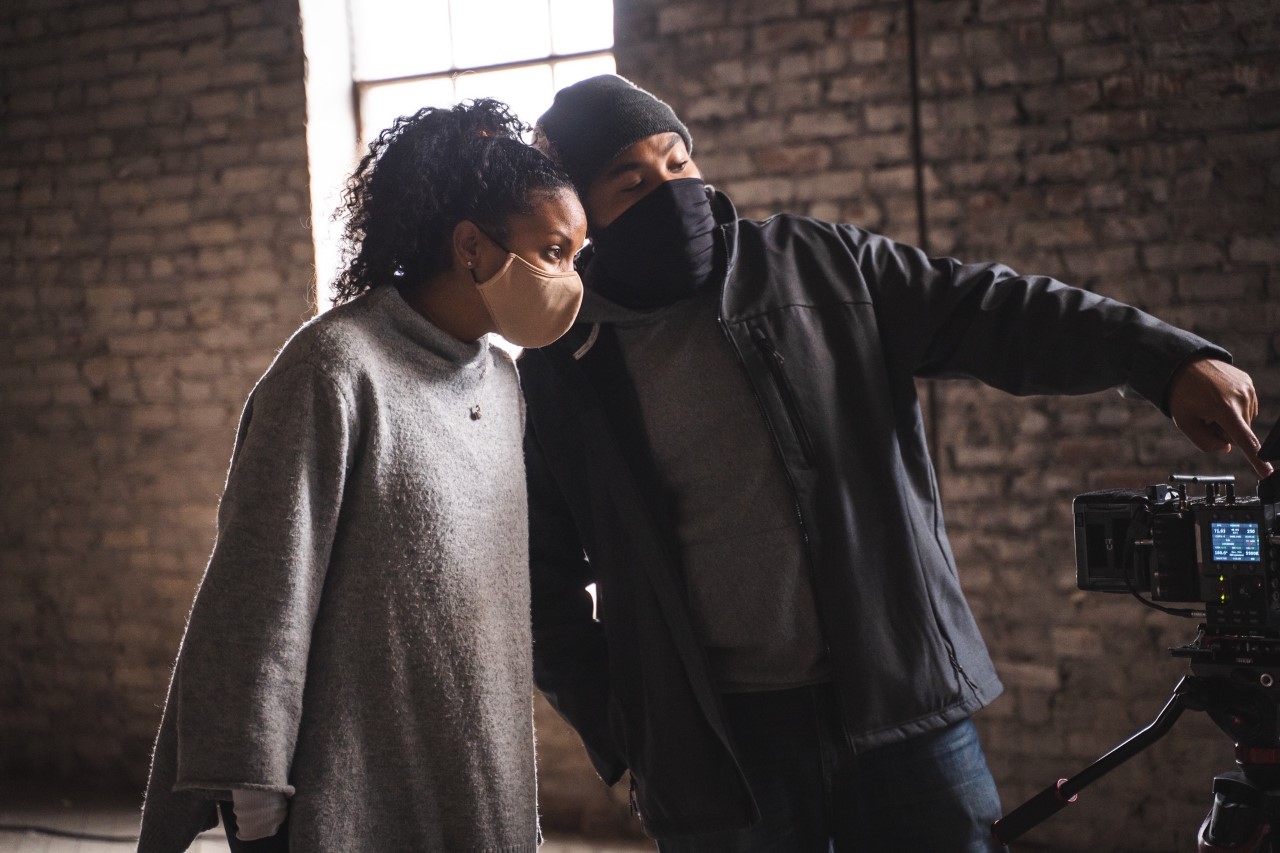 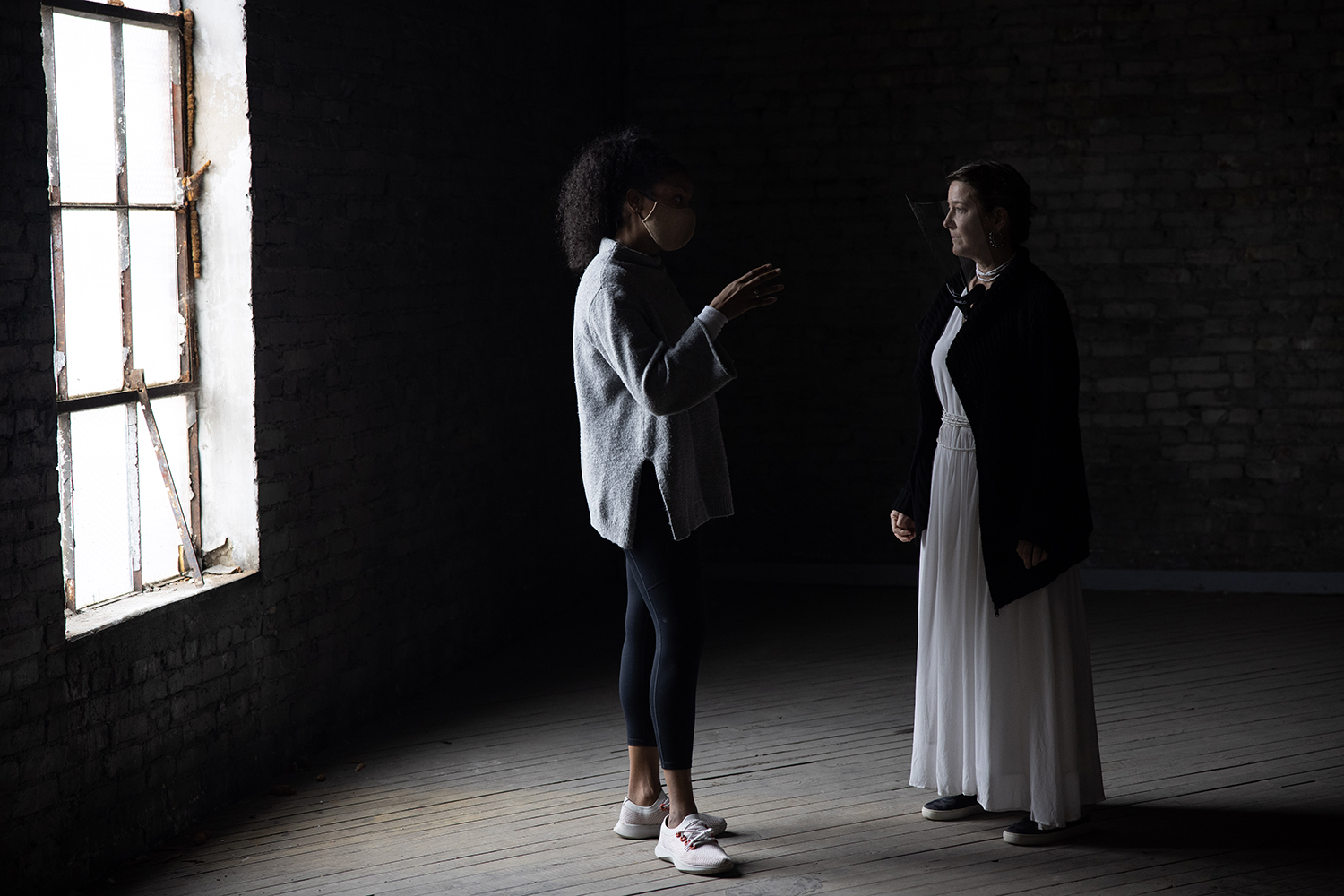 The circular dance moves speak to the idea of connectedness. At a spiritual level, a circle also represents vitality, wholeness and completion. It’s interesting to note that because of the global pandemic, the film was shot at various locations and then assembled together into one single short film. As mentioned previously, ‘unity’ is one of the key messages of When We Gather. It stays true to that message; at a technical level, by fusing individual performances into one single unit despite the rigours of COVID-19 and social isolation; and as a rallying call to women to reach out and form an inspiring and uplifting community. María said, ‘I am curious about the extraordinary force and the extraordinary spaces that women could create together.’ Towards the end of the project, the viewer gets a chance to participate and continue the ‘circle’. The idea is that we are not alone, and ‘when we gather’, we heal, unite, and create – a message that is particularly relevant in our current times.

Cuban artist María Magdalena Campos-Pons’s When We Gather is a mixed-media interactive art project. The idea for the film was prompted by the election of Kamala Harris as the Vice President of the United States. The film was made in collaboration with performing artist Okwui Okpokwasili and writer and sound artist LaTasha N. Nevada Diggs. It is directed by Codie Elaine Oliver and narrated by Emmy and Golden Globe winner Alfre Woodard. Additionally, female BIPOC artists Dell Marie Hamilton, Jana Harper, Lisa E. Harris, and Samita Sinha have also contributed to this project.

Images courtesy of When We Gather. 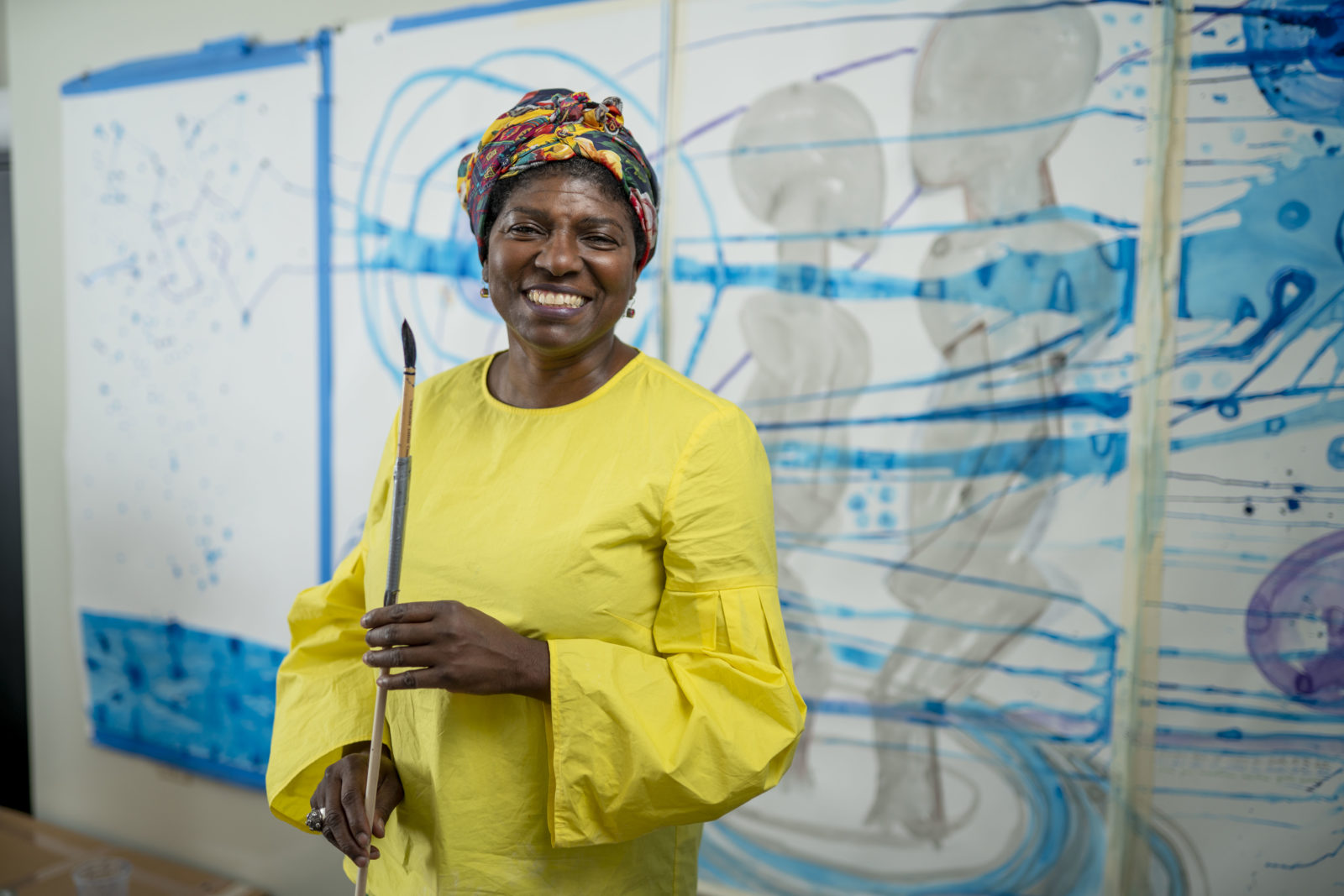