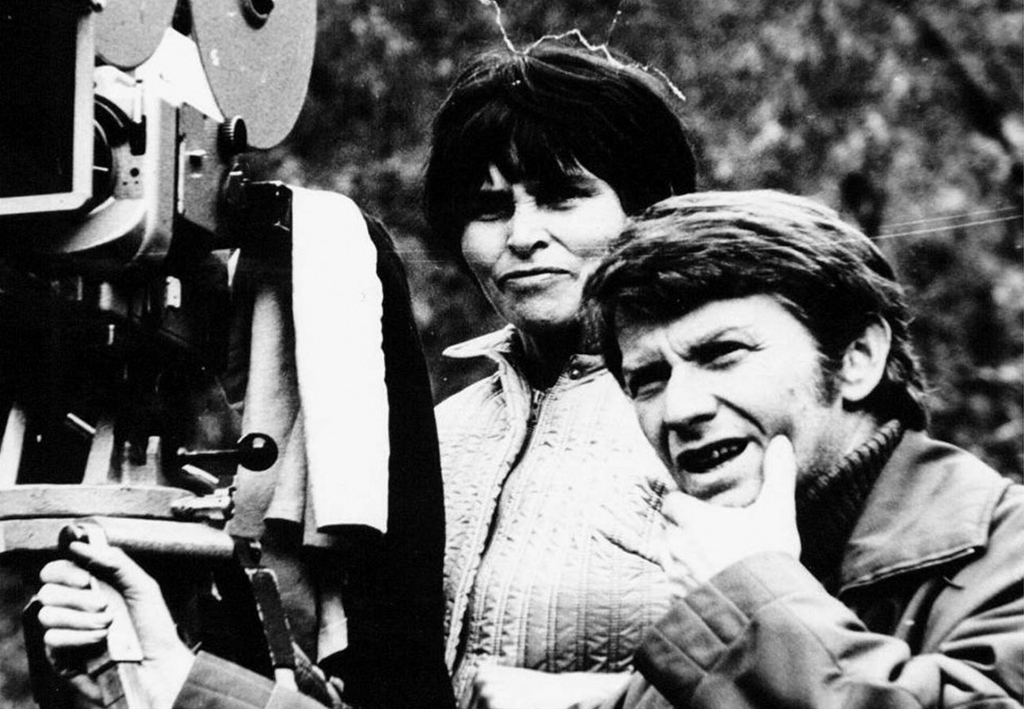 Věra Chytilová (1929 -2014) was an acclaimed Czech filmmaker known for her surrealist approach to cinema. She was the only female filmmaker to be a part of the Czech New Wave, a 1960s cinematic movement born out of FAMU, The Film and TV School of the Academy of Performing Arts in Prague. Věra studied at the FAMU, founding the Czech New Wave after graduating in 1962 alongside other notable filmmakers such as Milos Forman. Věra produced pioneering work often commenting on the political corruption and media censorship of the Czech socialist regime and, although she refuted the feminist label, her work was often categorised as “women’s cinema” due to its candid presentation of women’s lives and its anarchic streak. One of her most celebrated works today, Daisies, was initially banned by the Czechoslovakian Government in 1966 however in 1967 it went on to receive the Grand Prix at the Bergamo Film Festival in Italy.

The Czech New Wave was characterised by a use of both surrealism and realism in its new-age cinematography, often enshrouding political criticism through baffling and obfuscated narratives and imagery. Věra’s work is no exception. This led to new experimental approaches in cinema where non-linear narrative and abstract imagery were debuted, and was a precursor to more contemporary movements in filmmaking. Much of the work made by filmmakers of the Czech New Wave was not condoned by authorities of the time despite being government funded, due to its subversive agenda. In 1968 following the appointment of President Alexander Dubeck, the Czech New Wave came to an end and its filmmakers were forced to cease filmmaking or leave Czechoslovakia.

Věra’s first full length film Something Different established her as the leading lady of The New Wave, and was a more conventional and tightly structured film presenting the two contrasting lives of an Olympic gymnast and a dissatisfied housewife. Released in 1963, this work is an example of women’s cinema as well as cinema verité, exhibiting poignant and hyperrealist camera work, and was received with high acclaim at the 1963 Manneheim Film Festival. Three years later Vera’s most popular and controversial film Daisies was released, which couldn’t have been more different in style and technique. A spectacle of excess and destruction, Daisies shows two young women bountifully relishing free meals, the rewards of opportunism and their feminine advantage, generally wreaking havoc and finally showing remorse but only too late. There is no linear form, the two protagonists, both called Marie, are a complete mystery seeming to appear and disappear from nowhere, and the viewers are presented with scene after scene of outrageous and heavily edited surrealist cinema.

Czechoslovakia at the time suffered from food shortages, the result of a corrupt socialist government where abundance was available only in select political crowds. It was as a result of the obscene display of wasted food that the film was banned before release, and the work ends with the statement ‘Dedicated to all those whose indignation is limited to a smashed salad only!’, making the anti-corruption subtext of the film quite clear. The two female leads not only present the folly of bored, spoilt middle class women, but also their own helplessness as young women devoured by a society that values them only as sexual objects and is, as they say, spoilt anyway. The characters justify their cathartic behaviour to themselves saying ‘If the world is rotten, let us also be rotten’. Carnival like riotousness exposes the absurdity of endless consumption and the anti-heroines reverse a game that favours a select few at the expense of the rest in a silly but equally grotesque way. At one point, the protagonists begin to start collaging with the very image of the film, and Vera encourages viewers to critique the work and the society that it presents with a light-hearted and comedic tone. Věra herself described the film as a ‘philosophical documentary in the form of a farce’ and asserted that the film was critical of the ridiculous scenes it purported. However, critics labelled the film as too careless and celebratory to be anything other than ‘a pretentiously kookie and laboriously overblown mod farce about two playgirls who are thoroughly emptyheaded’(Crowther).

The film also features a scene where the characters meet a hardworking farmer on his land and proceed to mock him, referencing socialist ideas of work and the idealised but mistreated agricultural worker who props up the privileged few. The deputy of the National Assembly commented about the work that it wasted food ‘at a time when our farmers with great difficulties are trying to overcome the problems of our agricultural production’. In 2018 the film was released in HD by a company reproducing the best of the Czech New Wave, and other films that have never before been available. Their popularity shows the Czech New Wave to have been a truly revolutionary movement, cited by filmmakers today such as Ken Loach as being formative to their own practice, and one that remains seminal in the cinematic canon.

Daisies, along with many of Věra’s films, was at the forefront of radical cinema and despite her work often being subject to censorship she left behind a diverse legacy of unique and powerful work that inspired artists and filmmakers alike. Věra brought an invaluable perspective to Czechoslovakia and beyond at a crucial cultural moment and her work continues to be appreciated widely today.

You can currently rent “Daises” on Vimeo.