By Katherine Riley14th December 2022No Comments 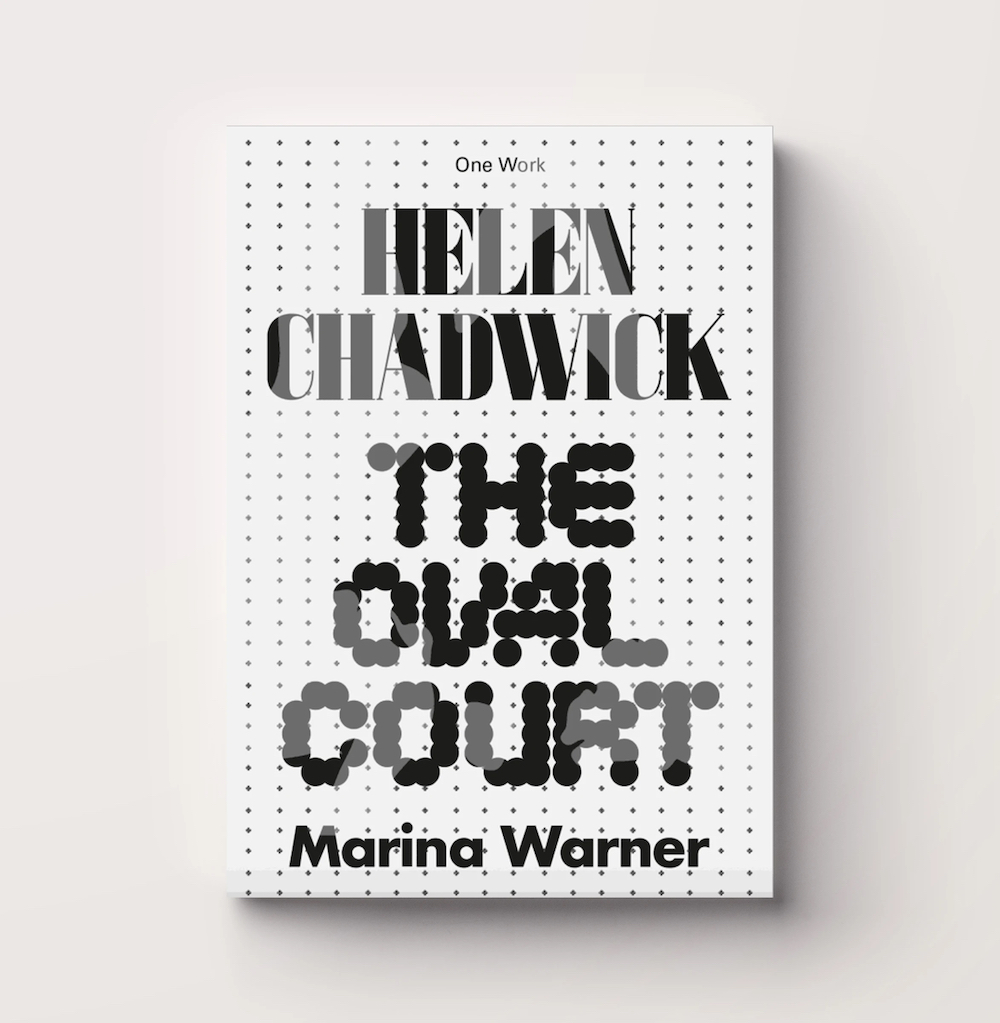 In 1986, the Institute of Contemporary Arts in London exhibited a new commission by one of the leading women in photography – the legendary artist Helen Chadwick (1954–1996).

Her first major solo exhibition, the commission comprised the diptych Of Mutability. Provocative, sensual, and radical, it was described by critic Marina Warner as ‘a post-lapsarian Paradise where woman is visible alone among humankind […] we are introduced into a cycle of experiences, mediated through an imaginary body composed from the artist’s own’.

The diptych was composed of two works. In The Oval Court, twelve photographic collages – realised in a brilliant blue reminiscent of the cyanotype – orbit five gilded spheres atop a vast blue plinth; along the background wall, photographs of Helen’s face crown a cascade of paper tears.

The companion work, Carcass, consisted of the organic material utilised in The Oval Court; a rotting heap, bound in a square glass column. Shortly after its inaugural display, Carcass was destroyed; in the midst of a major heatwave, the case had begun to leak, and the panicked ICA staff had attempted to move it. It burst open in the process, and the work was lost.

Today, The Oval Court has become synonymous with the complete Of Mutability, and has earned its reputation as one of the most iconic works of 20th century feminist art. In One Work: The Oval Court, a new illustrated volume published by Afterall Books, Marina Warner charts the genesis of the project, recounts its initial impact, and examines its ongoing legacy.

Deftly exploring the ambitious complexity of Helen’s work, Marina highlights how each tableaux is interwoven with myriad cultural references. Decadent abundance mingles with motifs of profound grief, complicating the emotional tone of the work. Its ambiguity, which confounded critics such as Marjorie Allthorpe-Guyton, was described by Helen herself as an inevitability.

According to Richard Saltoun Gallery, who are currently exhibiting* Helen’s early work alongside the work of Helen’s contemporary, feminist artist Penny Slinger, The Oval Court represents a striking amalgamation of ‘the female body […], the aesthetics of pleasure, [and] the material variety and wonder of natural phenomena’.

Helen began to use a photocopier to create her installations after becoming frustrated with having to use an assistant to photograph her own body. She arranged plant life, posed dead animals, and her own body over the photocopier’s glass plate to create each photographic vignette. As Marina describes, Helen’s integration of organic material was highly experimental, an innovation which heightens the work’s visceral quality.

Despite her tragically early death, Helen’s work – and the ideology which underpins it – has indelibly shaped contemporary art. Her legacy reverberates most potently among the Young British Artists – many of whom studied under Helen’s tutelage.

Their work is marked by principles to which Helen also adhered – a willingness to look beyond the conventional, into a world of uninhibited material and conceptual possibility.

One Work: The Oval Court by Marina Warner is published by Afterall Books.
*On Sexuality: Helen Chadwick and Penny Slinger is on display at Richard Saltoun Gallery until 17th January 2023.