By Gabby Kynoch27th September 2021No Comments 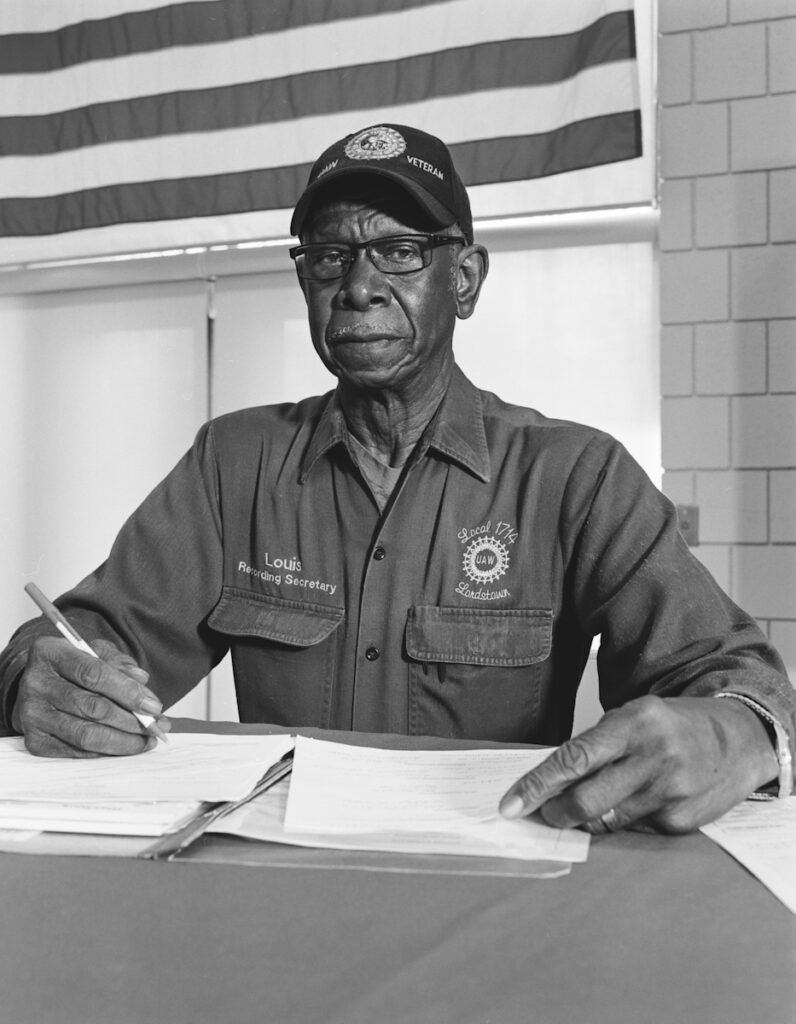 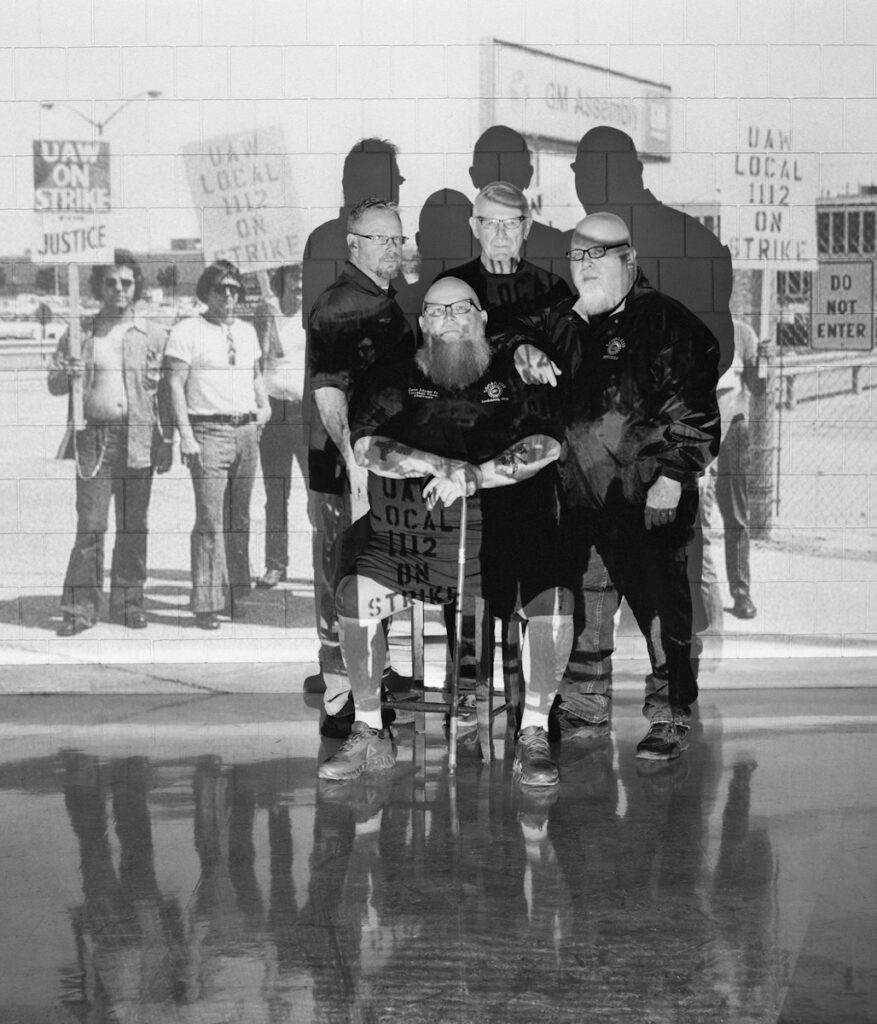 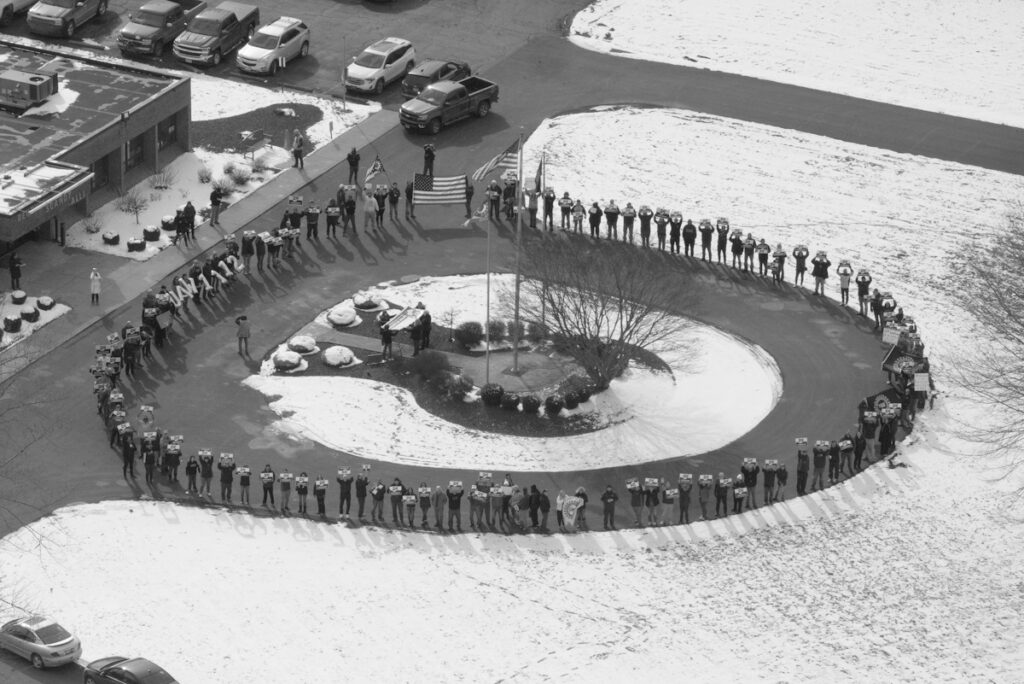 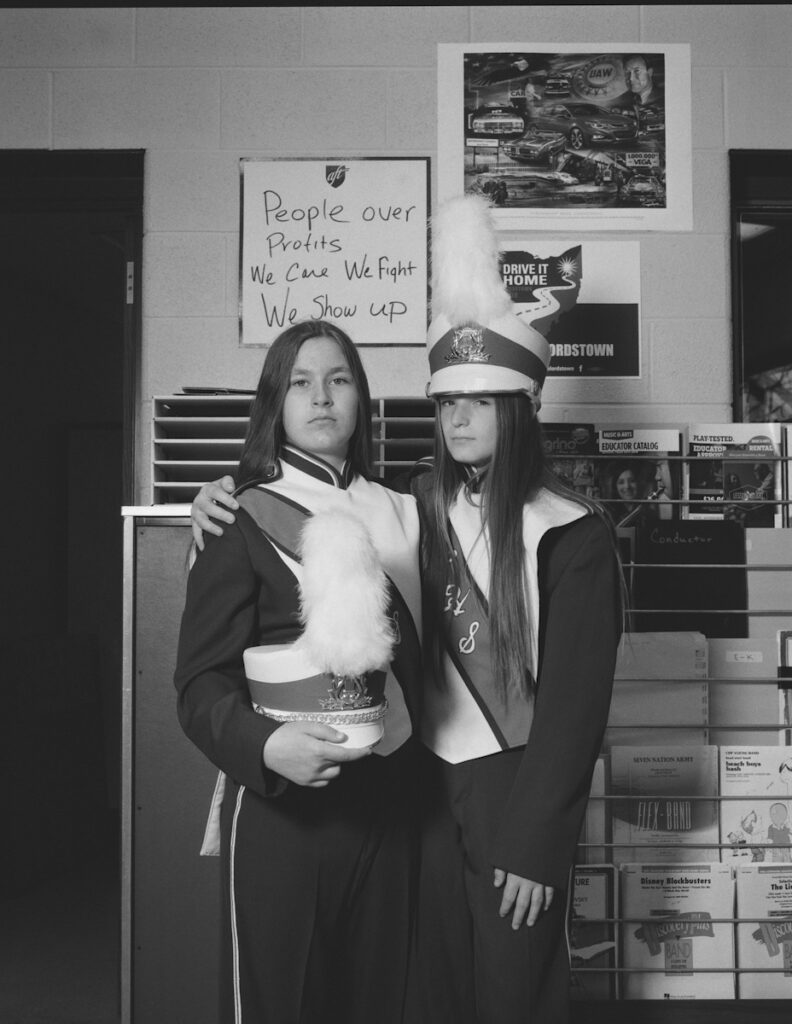 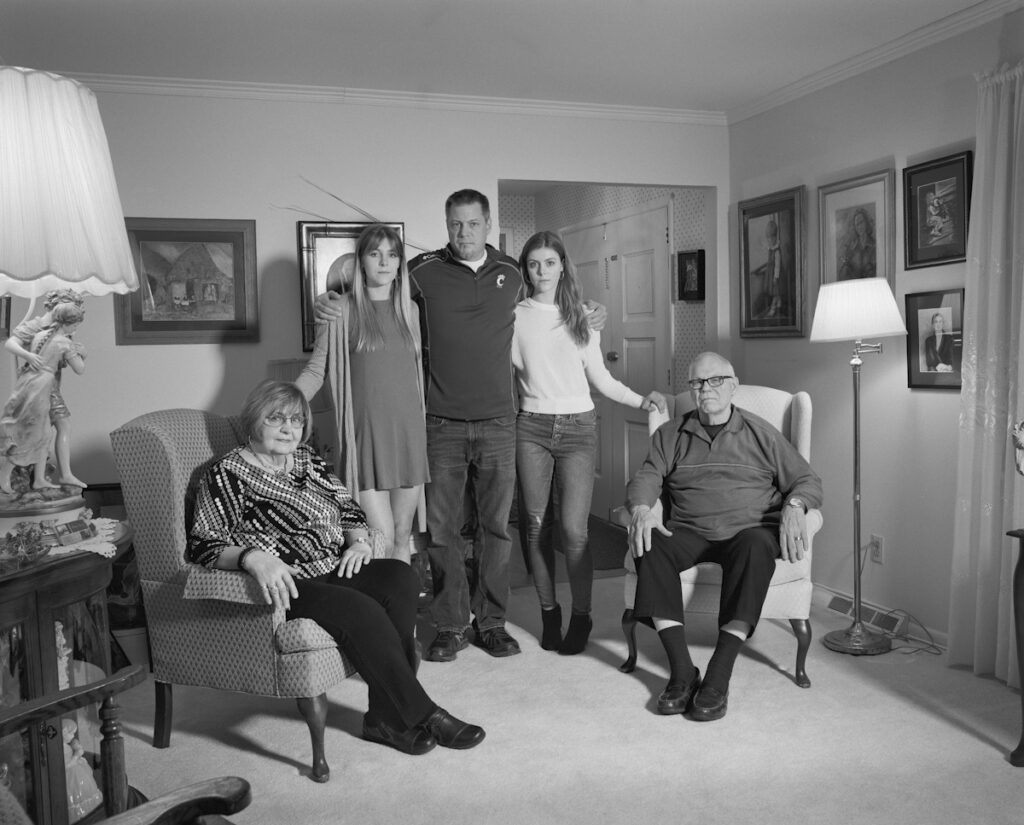 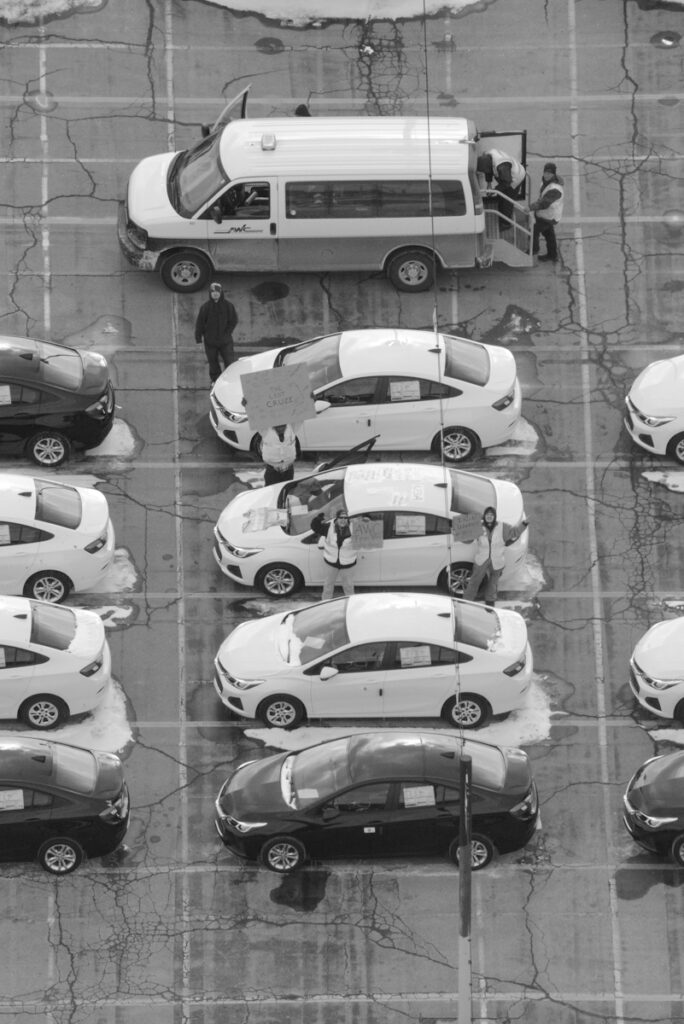 Covering issues such as racism, healthcare inequity and environmental degradation, she gives her subjects – primarily the working class and other marginalised communities — voice, visibility and agency, while talking about the ways in which these communities have been failed by the state.

Her latest exhibition The Last Cruze maintains her commitment to highlighting the injustice which befalls working class communities due to ‘industrial exploits, environmental injustice, and systemic racism’. 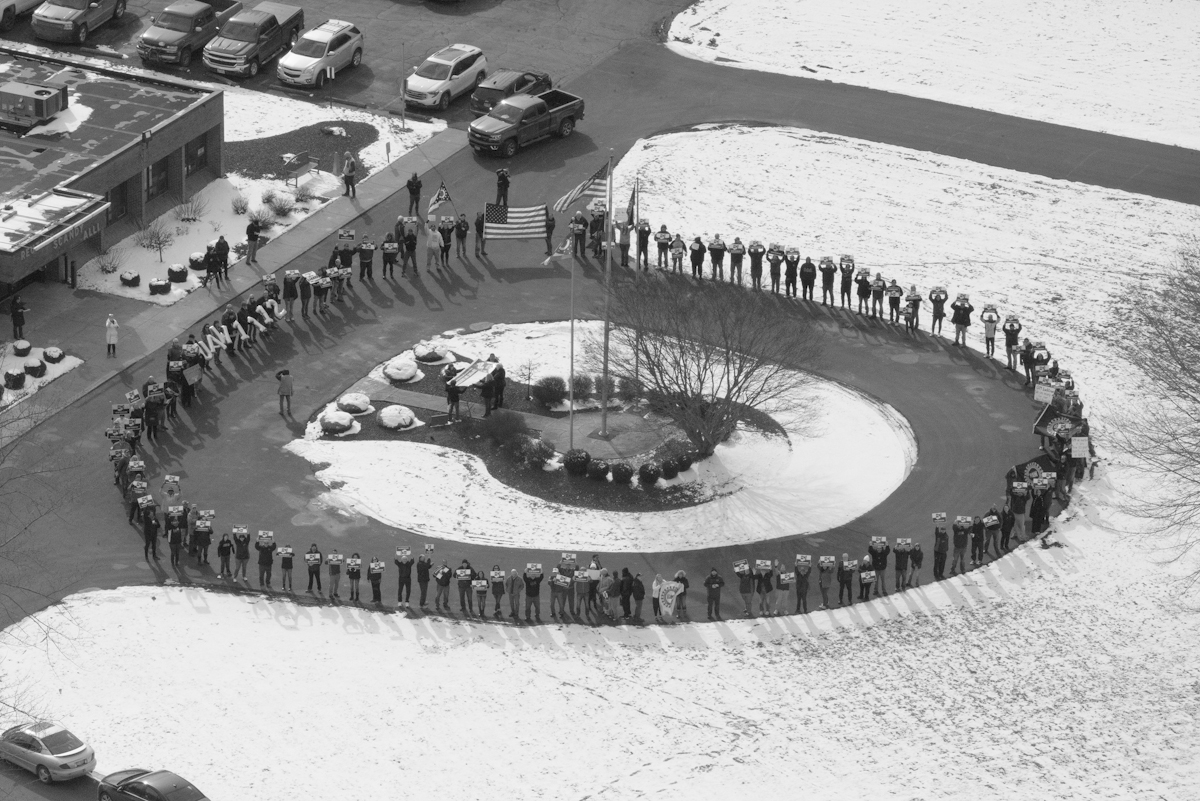 In 2019, General Motors stopped car production at its plant in Lordstown, Ohio, ‘as part of the company’s restructuring in order to focus on electric and driverless vehicles.’ Other plants in Baltimore and Michigan followed suit, while the plant in Detroit was shut down in 2020, as well as a plant in Canada.

According to one CNN report, the company reduced its salaried workforce by 15% and also cut 6,000 hourly positions, as it wanted to invest ‘more money in the cars of the future’. The staff were left with the option of either moving to another plant — which in some cases meant leaving behind family and other support structures, looking for employment elsewhere, or becoming unemployed.

With 67 photos and an architectural installation, The Last Cruze reveals the stories of the people who were reduced to mere numbers and easily discarded by the large corporation they worked for. The title of the exhibition derives from the Chevrolet Cruze, an economical car manufactured at the Lordstown plant that ceased production in March 2019, without any intimation.

Guardian journalist Adam Gabbatt wrote in a 2019 article, ‘on one side of the factory was a huge sign declaring: “Lordstown, home of the Cruze”’. The Last Cruze considers the stories of the town beyond this trademark; what do the people do when they are not working at the plant? Can the story of a brand survive without its people?

In the case of General Motors, the brand’s story has prevailed; it’s the hidden faces behind the brand that have had to write new narratives.

LaToya’s powerful black and white photography uncovers a multifaceted tale: from protestors outside the plants with placards, and workers at the office of United Auto Workers, to families posing for a portrait, colleagues caught in a candid moment of consoling each other through tears. While none of the sitters are smiling, their determination to overcome the crisis is palpable.

In September 2021, General Motors temporarily halted production at six of its North American factories due to a global chip shortage — an issue that could endure well into 2022. This has resulted in more layoffs; the story is far from over.

The Last Cruze, though derived from the events of 2019, is a timely look into the lives of people who occupy a fragile relationship with a powerful corporation. Its relevance – in both specific and general terms – remains irrevocable.