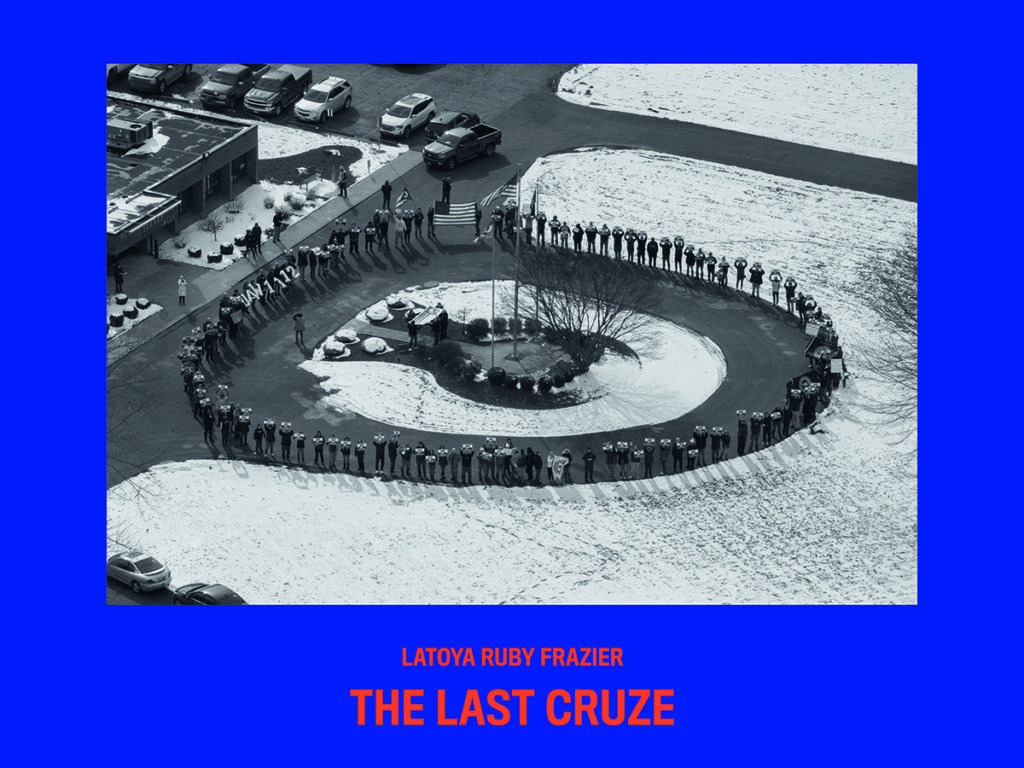 In 2018 the workers at the General Motor’s factory in Lordstown, Ohio found out that the factory would be closing. The unionized workers began receiving forced-transfer letters leaving them with the decision between leaving their families and community to relocate to another factory that could be thousands of miles away, or stay, which meant losing their jobs, pensions and healthcare. In a collaborative work between working-class photographer and community, LaToya Ruby Frazier explores the fallout of the factory’s closure in her series ‘The Last Cruze’.

Brought up near Andrew Carnegie’s Steel Mill on the Monongahela River, LaToya has always been sensitive to the lives of working class people and uses the power of photography to explore the social and economic effects that corporate decisions have on their workers. She spent nine months in Lordstown, integrating herself into the community to capture a more organic and intimate look into the lives of its residents than traditional photojournalism. Highlighting the voices of the workers through interviews and their input in the images, ‘The Last Cruze’ privileges the agency of its subjects over the comfort of the viewer.

LaToya’s work shows the workers of the GM plant to be family, rather than just colleagues. The community of Lordstown is built around the factory, making the real-world effects of the decision to close it even more devastating. ‘The Last Cruze’ also addresses the intersections between race and class that result in People of Colour often being disproportionately affected by these decisions. She challenges the whitewashed image of blue-collar workers, confronting the viewer with the role that systemic racism plays in the perceived expendability of these communities.

‘The Last Cruze’ was originally exhibited at the Wexner Centre of the Arts in Columbus, Ohio in 2019 and featured more than sixty portraits of Lordstown workers and retirees with typed oral histories of the plant. Her book expands on this body of work, including five in depth discussions with union leaders, academics, and other artists, as well as a number of new art historical essays and a history of unionism in the US from the 1930s. LaToya’s book is crucial in expanding the reach of ‘The Last Cruze’ and creating a new platform for the voices of the Lordstown GM workers.