By Gabby Kynoch12th October 2021No Comments 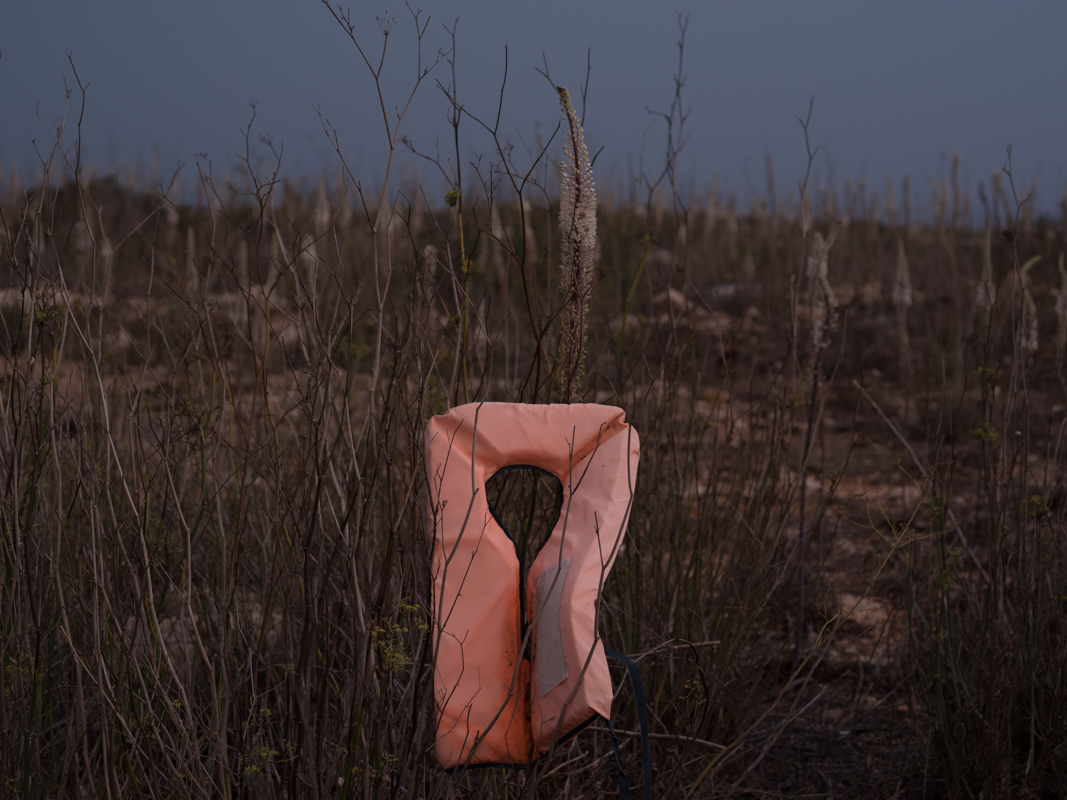 The exhibition explores themes of mass migration across many countries and the growing refugee crisis in Europe. The series shines a lens on policy, man-made boundaries and sense of placement through hazy memories and stark landscapes.

Building on her particular style of mining personal experiences to capture a collective consciousness, this series omits nearly all human presence to tell a deeper story of people making difficult journeys, leaving the outcome open to the viewer to decide.

From documenting migration within her past work (her work is currently featured in the Imperial War Museum exhibition Generations: Portraits of Holocaust Survivors), Jillian is able to document displacement with her signature warmth.

The exhibition brings together two distinct photographic testimonials: a set of photographs originally commissioned by UK-based organisation Counterpoints Arts taken between 2015 and 2016 in the refugee camps of Calais in France (‘the Jungle’) and on the Greek island of Lesvos, as well as a private visual chronicle from Edelstein’s personal trips to Eastern Europe between 2010 and 2018 in search of a lost branch of her relatives.