By PlanetHeroines26th May 2022No Comments 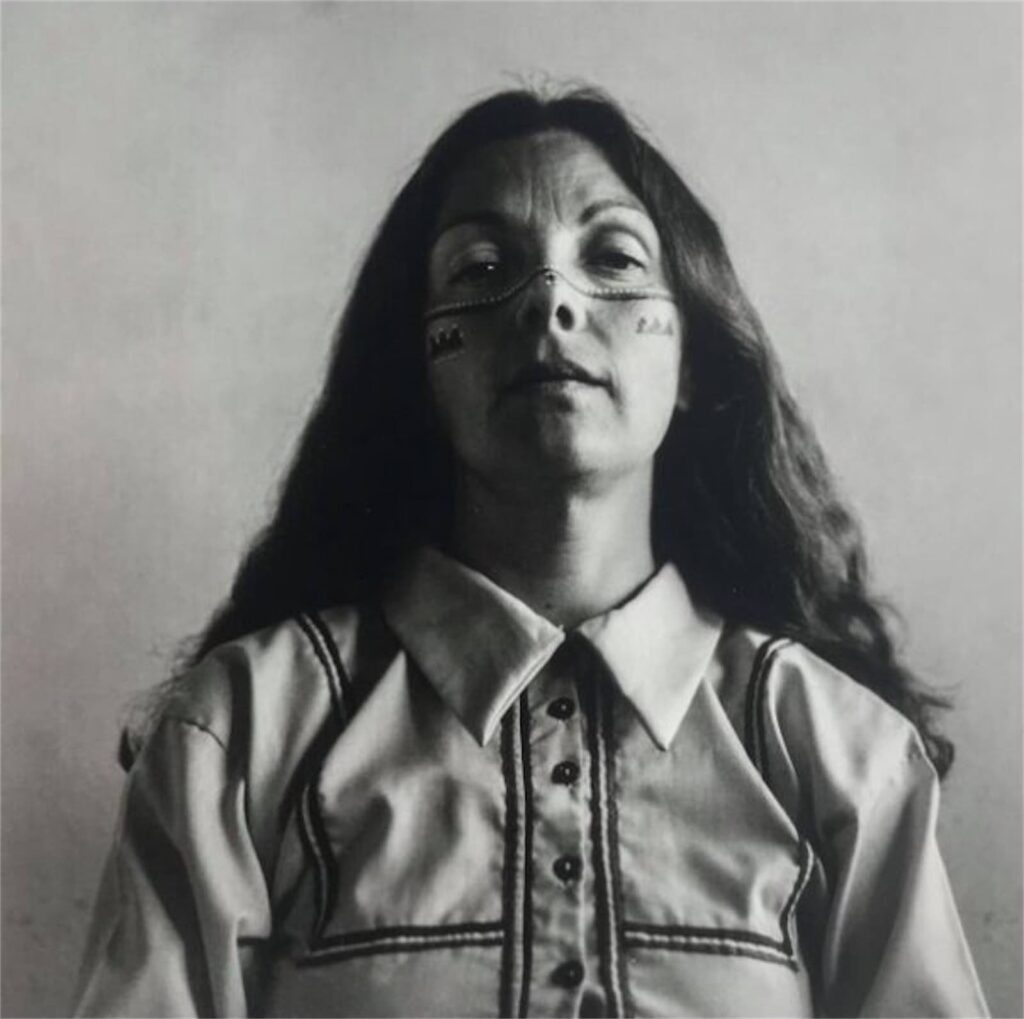 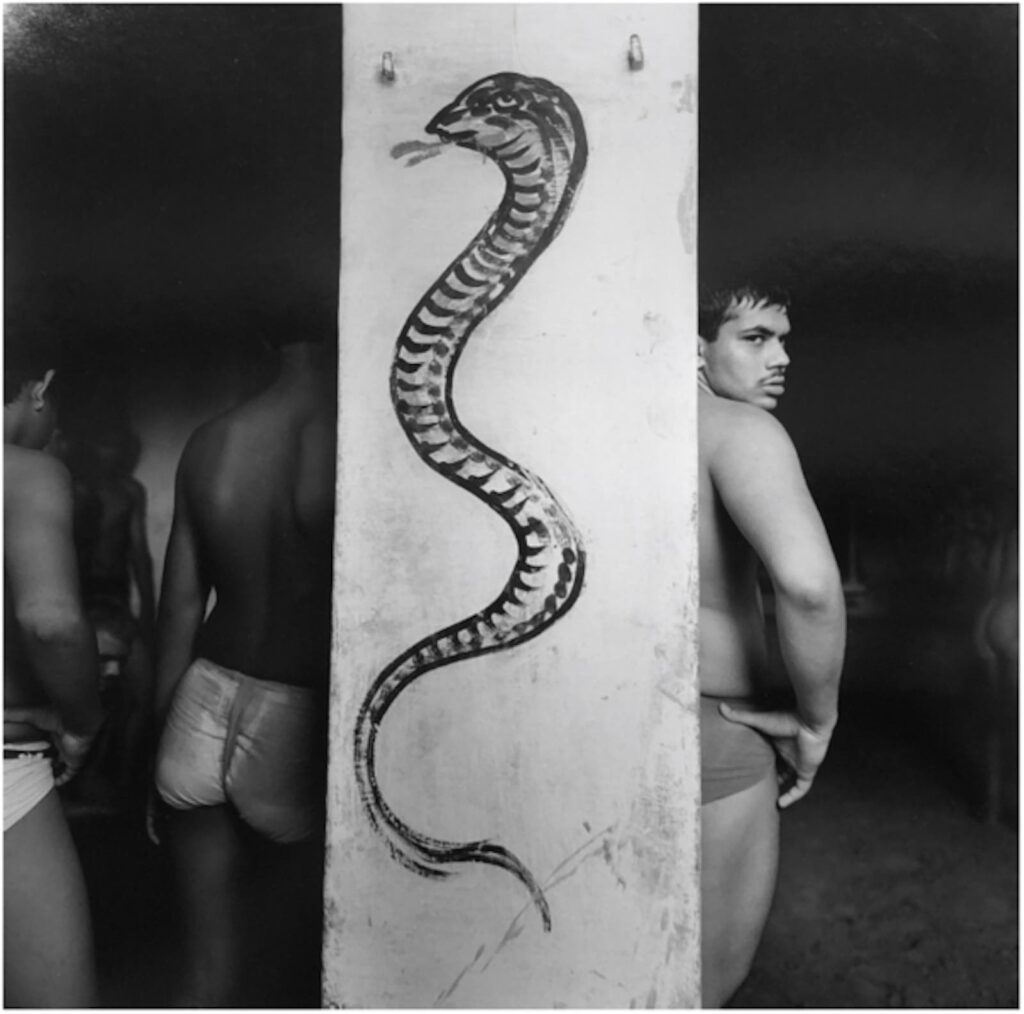 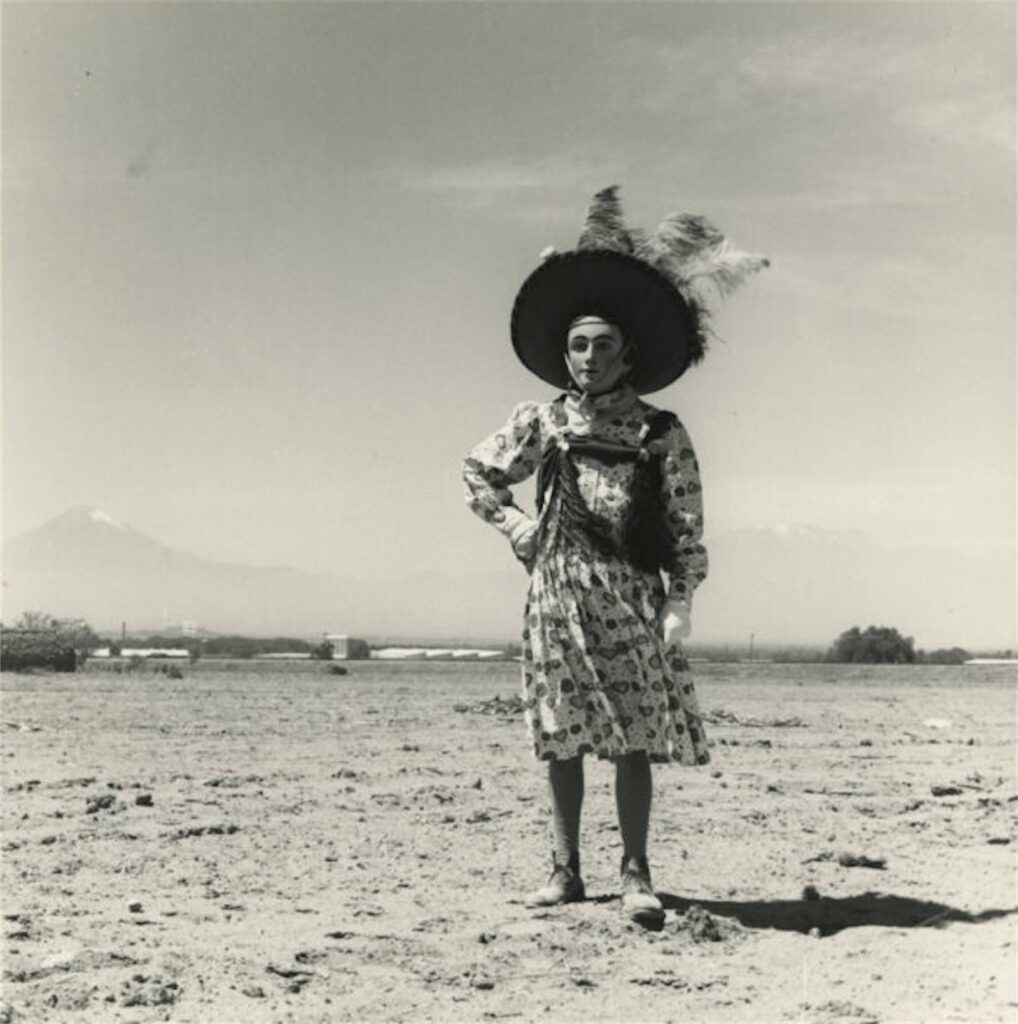 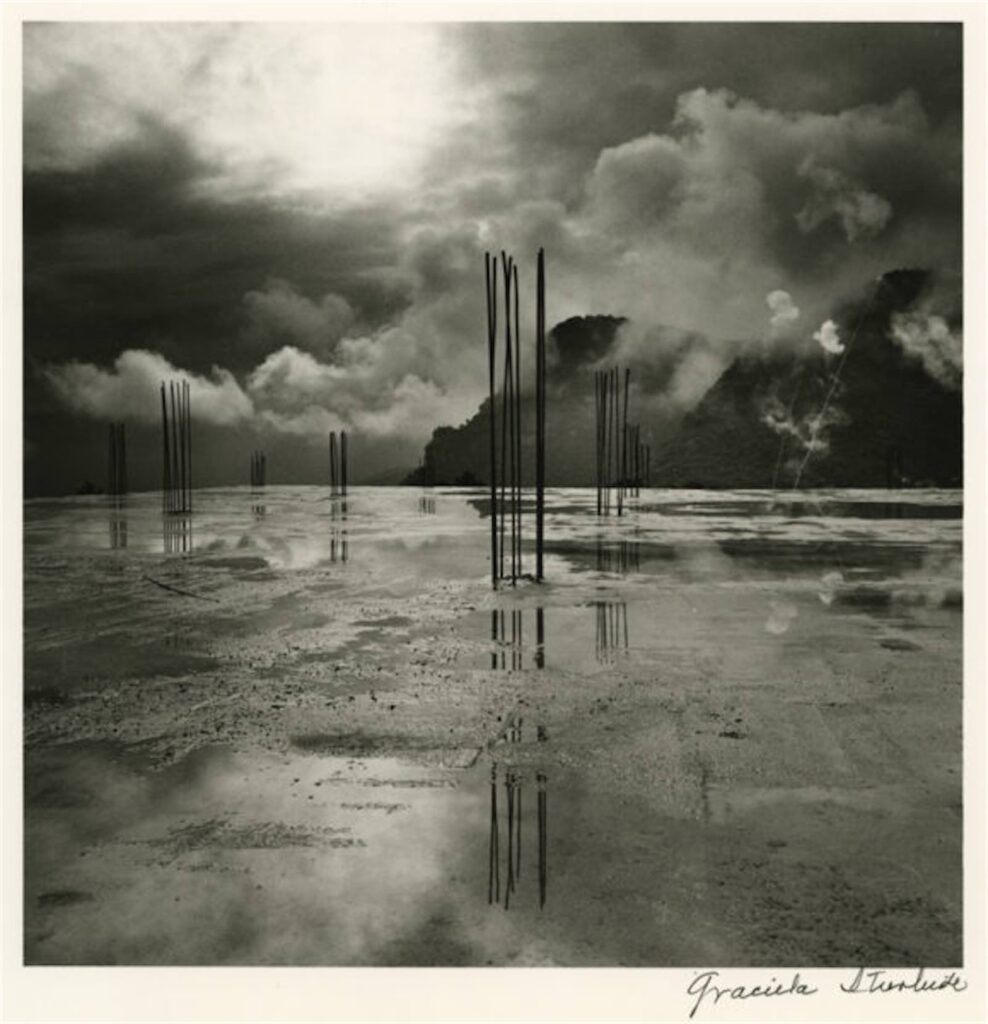 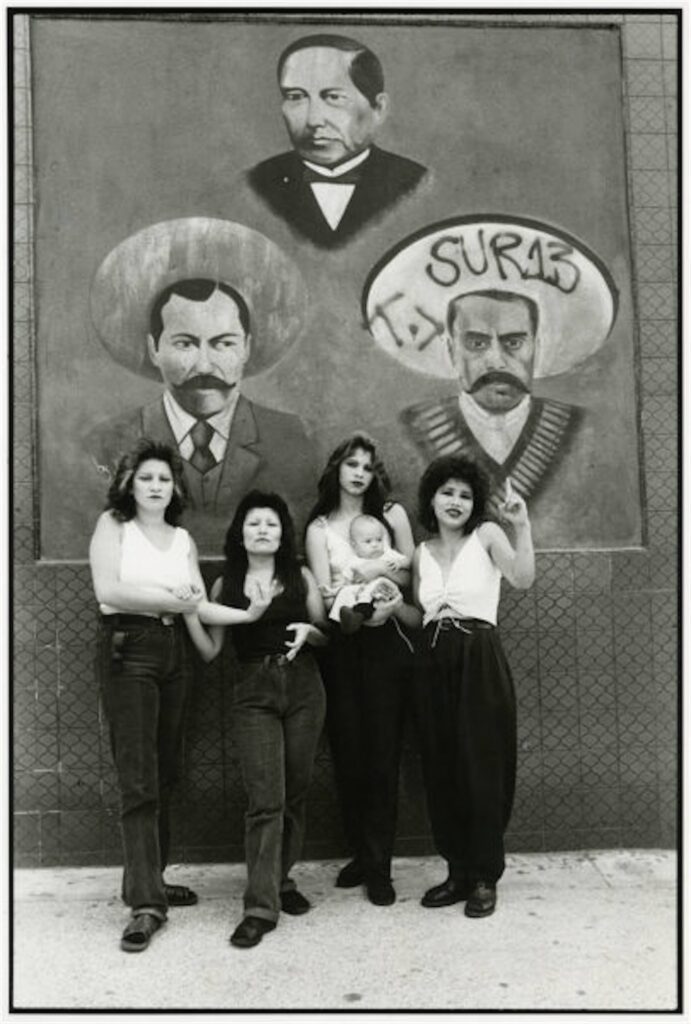 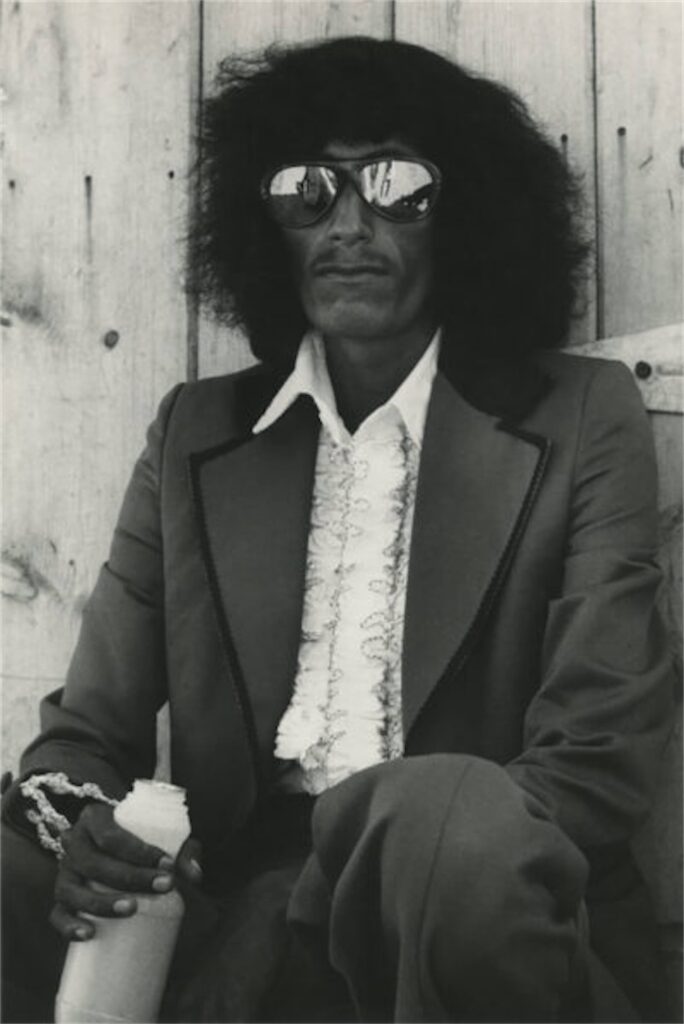 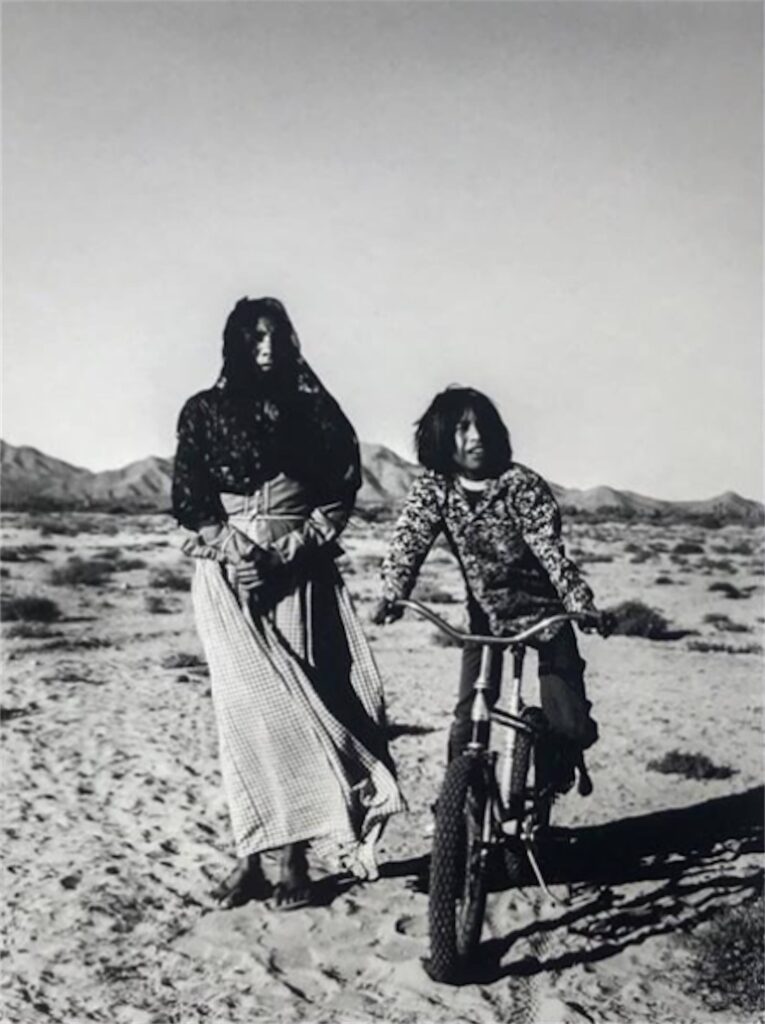 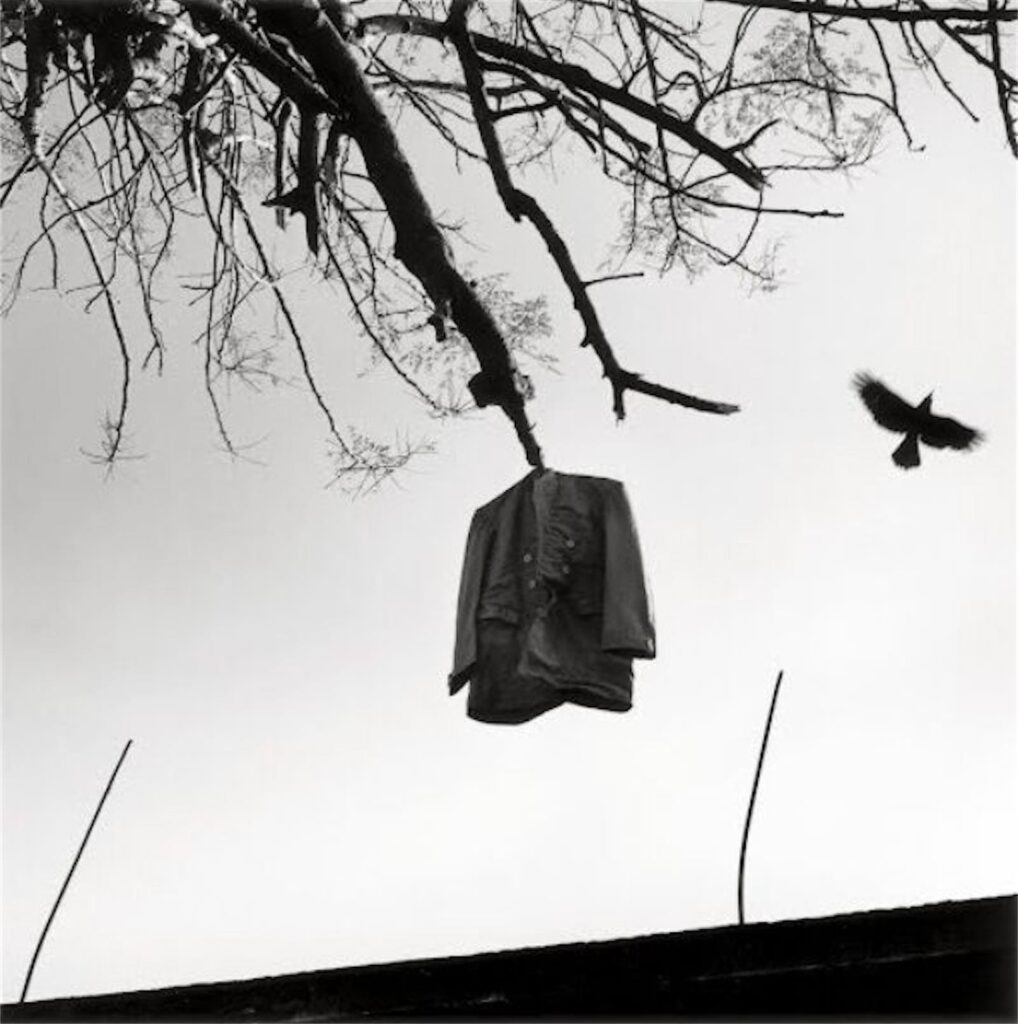 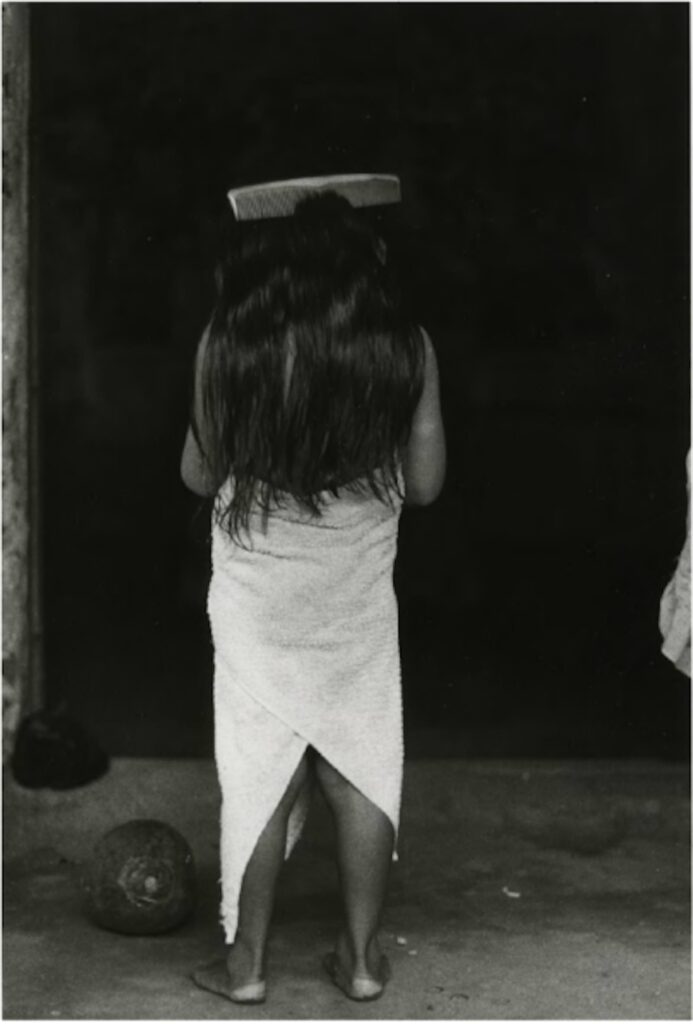 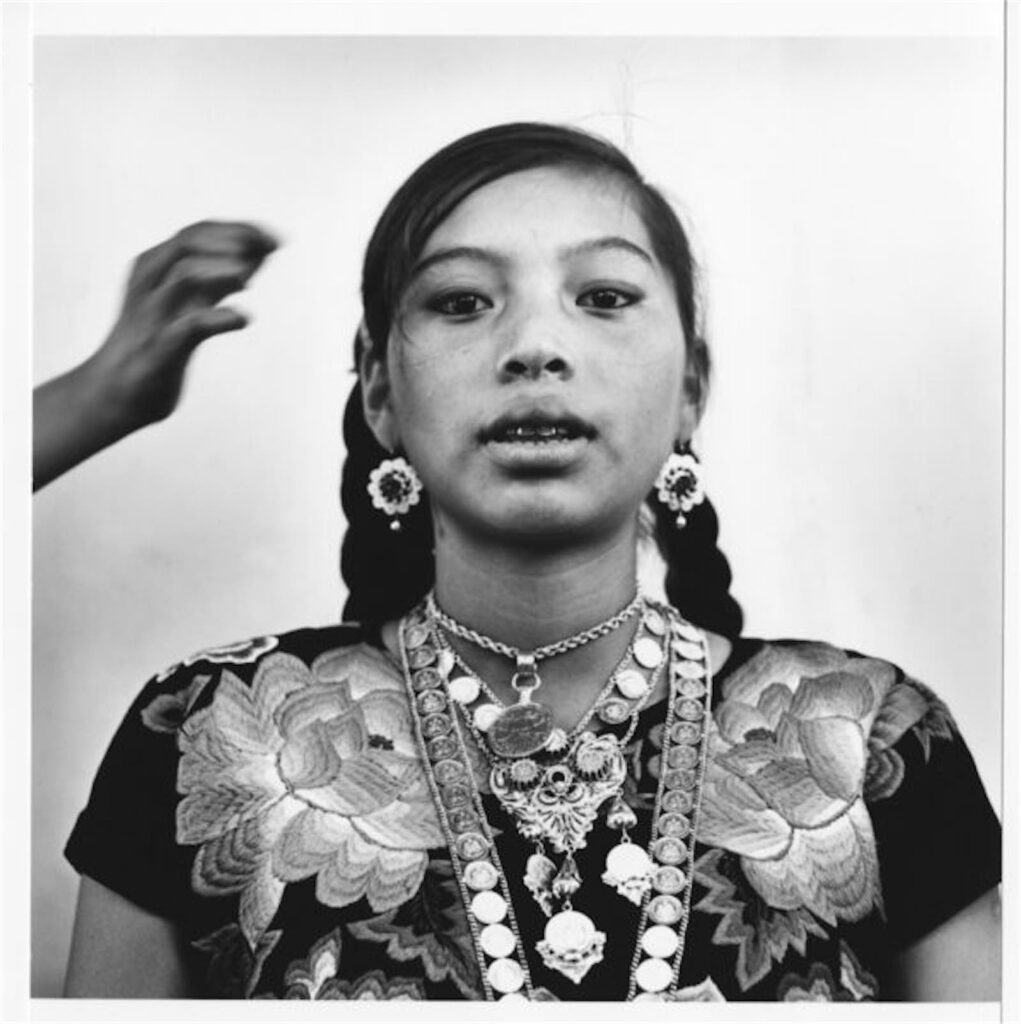 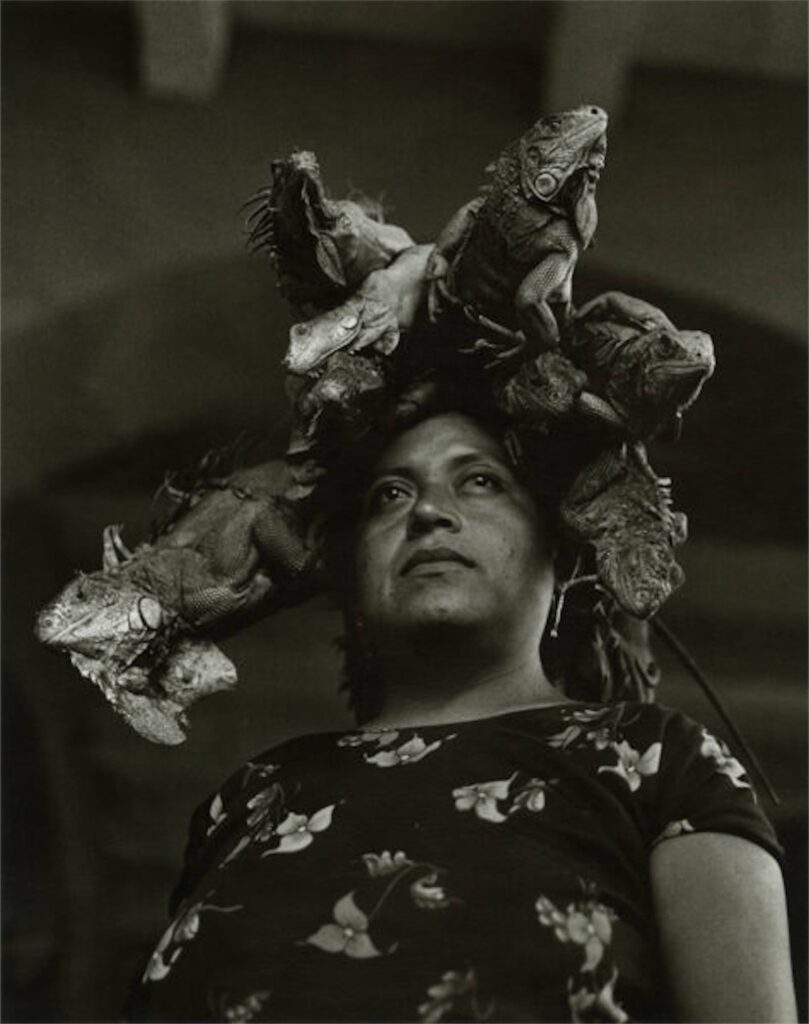 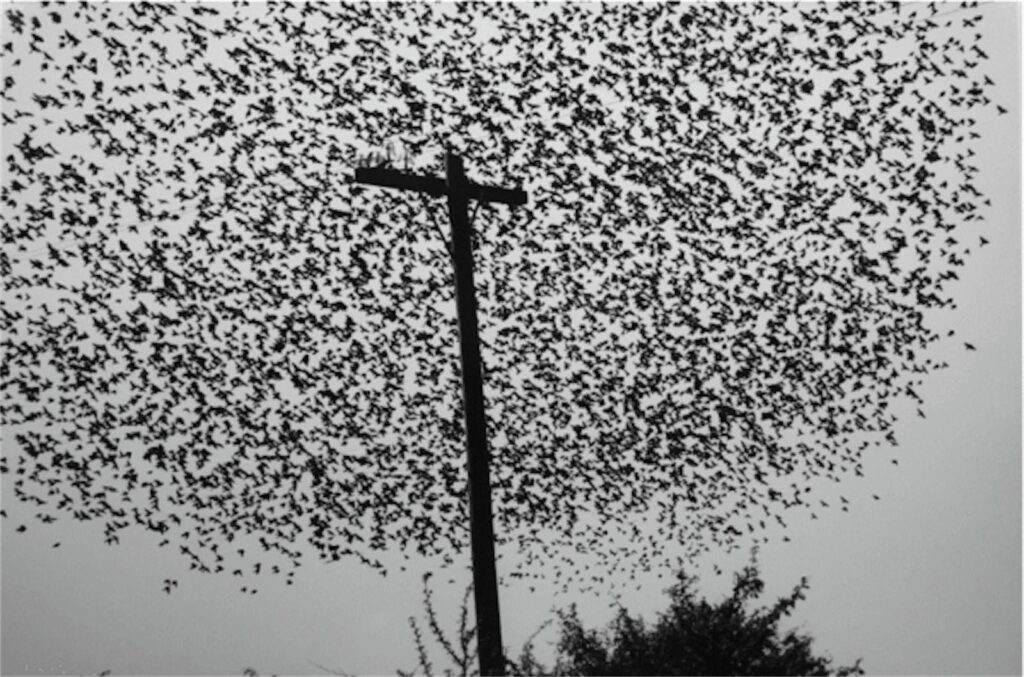 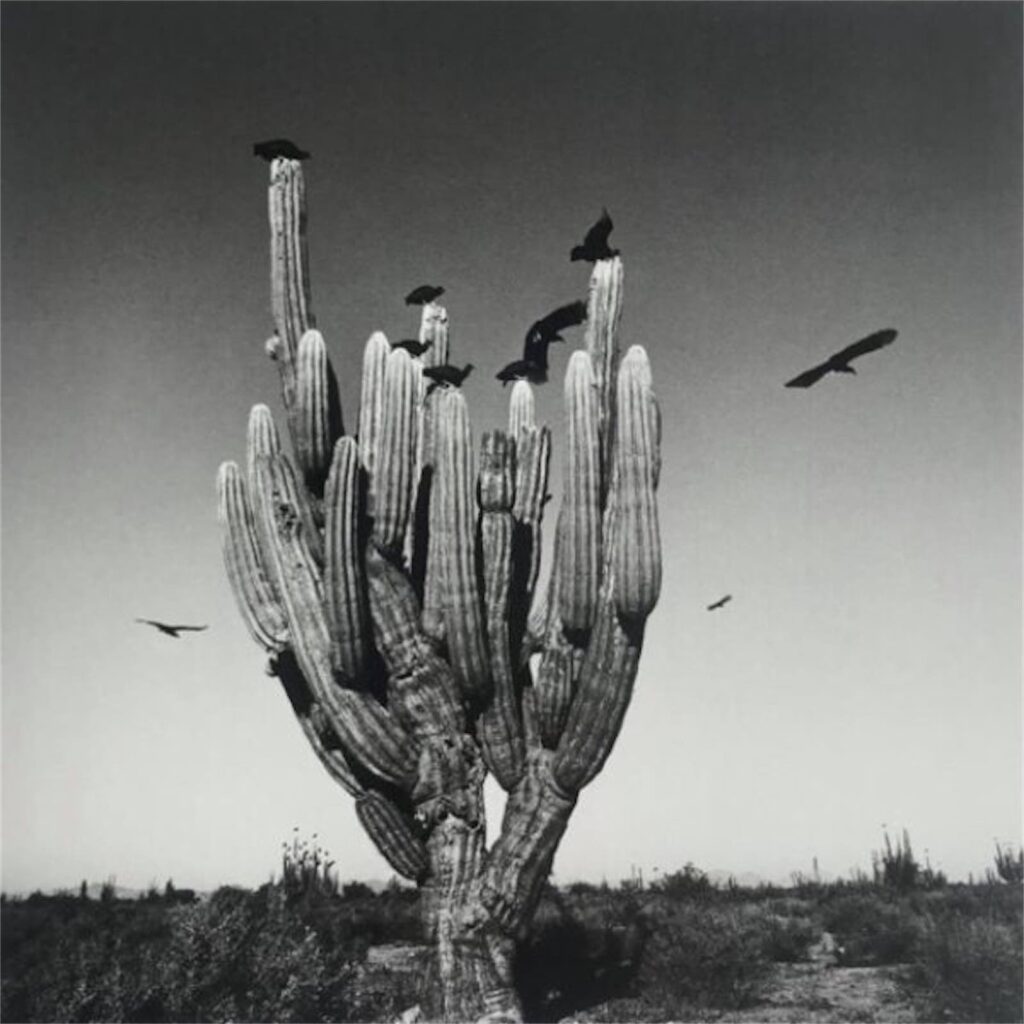 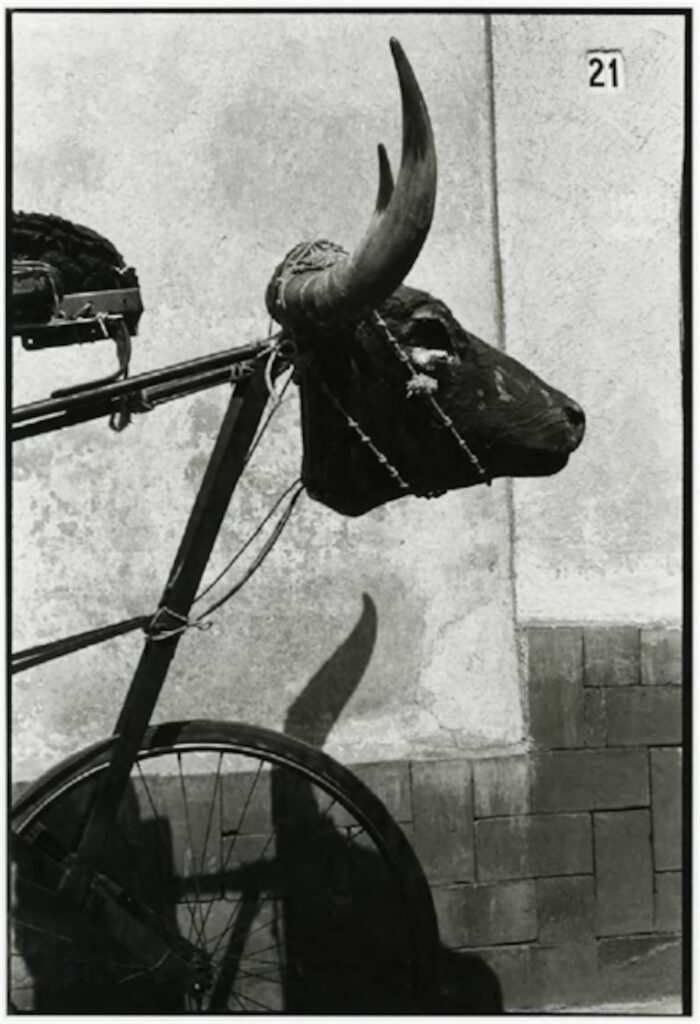 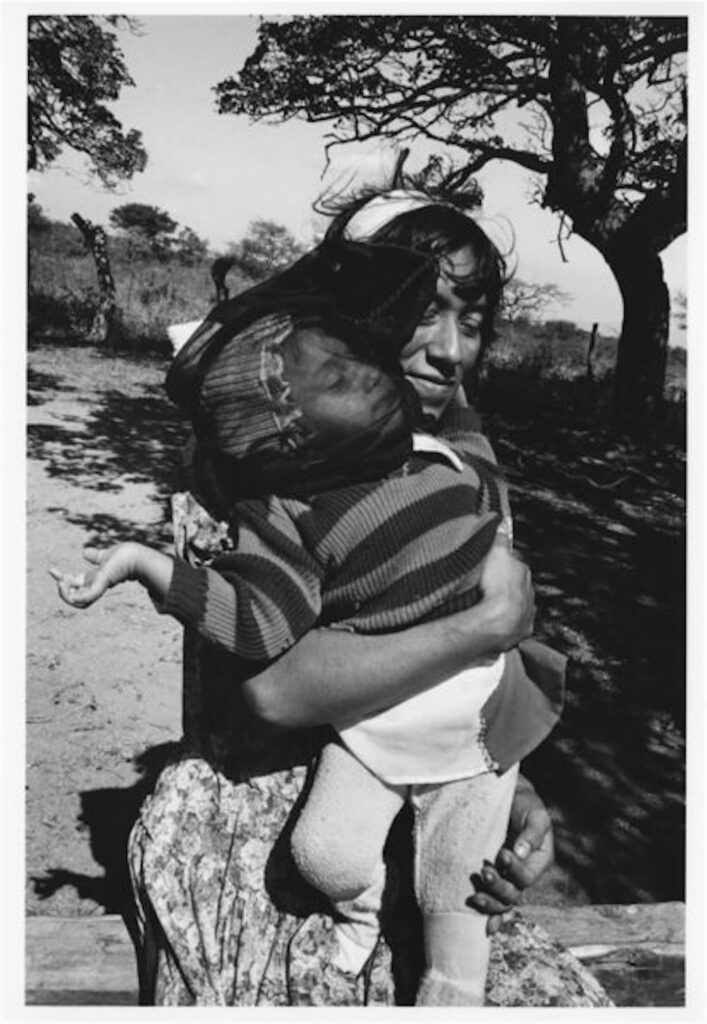 “I only ever shoot what surprises me. The work is a product of me trying to understand the things, the people, that I encounter. It’s about learning.”

What is surprising through the eyes of Graciela Iturbide? A jacket held by tree tentacles holds the body to the earth while the spirit flies off free. The stability of a bicycle with a confident stance amid a flurry of flapping wings. Figures captured in frames, hiding behind masks or hair waiting to be free of the camera’s gaze.

Graciela’s deep black and white photographs mix documents of the world with something otherworldly, here with us only momentarily. A portrait of Mexico and a poem to its spirituality, the photographer distances herself from labels like ‘documentary’ or ‘magical realism’. She seeks only to picture her emotional response to what she sees.
In her retrospective exhibition at Fondation Cartier pour l’art contemporain, Heliotropo 37, over 200 images are brought together to celebrate Graciela’s view of the world.

Named after the street on which she has her studio in Mexico City, fortuitous for someone who follows the sun, the light*, the exhibition space was designed by her architect son Mauricio Rocha. He also designed her studio and has brought elements of that space into the exhibition.

Slivers of space are cut into the walls, providing shards of light and glimpses of other images. Along with images of the artist and her studio taken by Pablo Lopez, these elements are designed to share a portrait of the woman as well as her work.

Winner of the Eugene Smith Memorial Fund in 1987 and the Hasselblad Award in 2008, Graciela’s inquisitive mind and embedded approach have the ability to change viewers minds about the communities that she pictures. The respect she feels for these people is translated in her pictures.

In ‘Nuestra Senora de las Iguanas’, we see a strong, confident face circled by live iguanas. It is a strangeness that adds to her power. Graciela frames her in a faint arch, looking up. Everything is perfectly balanced but slightly unreal.
Brought up in a Roman Catholic home, Graciela is drawn to ritual and mysticism. For a time, after the death of her young daughter, she obsessively photographed the rituals of death and grief. She tells of the day she finally felt free, seeing a flock of birds flying up from a cemetery which encapsulated this moment. In the exhibition, there are a number of images of flocks of birds, and the viewer is left to imagine if one maybe relates to this story.

“Ultimately, I think photography is a ritual for me. To go off with my camera, observe, capture the most mythical part of man, then go into darkness, develop, choose the symbolism.”

Shooting without an agenda, Graciela collects her images together in themes before building projects up from them. As her work has developed, she has moved from the documentary work of the 1970s, 80s and 90s to a focus on the natural world and theories of evolution.

In her latest series, a rare set of images in colour commissioned especially for the Fondation Cartier, she spent time in Tecali at an alabaster and onyx mine. The images are only delicately coloured and feature her strong attention to form and pattern.

One of these ‘Piedras’ images reminds me of the jacket hanging in a tree (‘Khajuraho’), but here it is the solid rock that is tethered to the ground. As if to keep it from flying away. It makes me think of rocks swirling to make stars and planets. I wonder what Graciela found out about the creation of the world and herself in this place.

“Knowledge is twofold: when you travel, you discover things both outside and inside yourself, through your solitude.”

Video & interview with Mauricio Rocha about the space

* From the Greek, helios (sun) and tropos (turn)