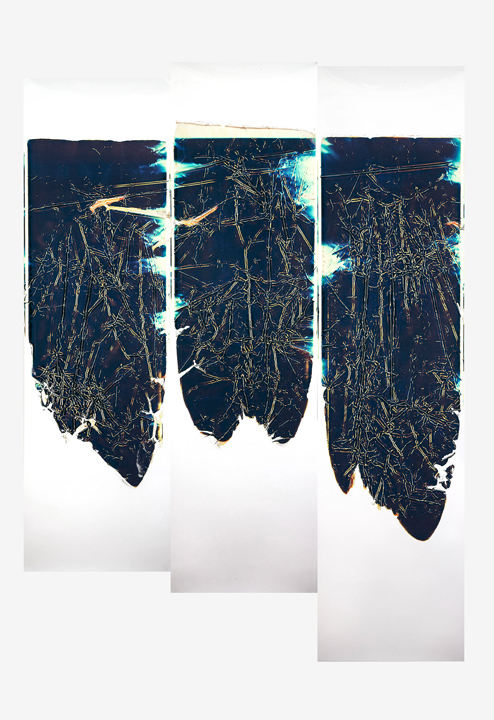 For American artist Ellen Carey photography is a form of experimentation. What is often viewed and explored as a medium of direct representation, in Carey’s hands becomes a form that looks in on and becomes of itself.

Carey’s art doesn’t seek to be a snapshot of a subject or the world, but reflects the beauty of the process itself, whether that be Polaroid or photogram. And so, the work, rootless and free from reference or material context,allows components of the photographic image – notably light and colour – to take centre stage, in a practice that acknowledges the science in creativity.

Carey is both artist and scholar, and her work returns again and again to the basic elements of what photography is. In this it isn’t surprising that she takes inspiration from the first photographers, such as Louis-Jacques Mande Daguerre in France and William Henry Fox Talbot and the way they were “drawing with light” as they explored the nascent form.

Her practice takes a fresh look at what makes up a photographic image, creating abstract works that feel primal and visceral in their approach. Photography Degree Zero (1996-2020), the name of Carey’s Polaroid body of works, is a title inspired by Roland Barthes’s Writing Degree Zero (1953). This reference to the French avant-garde writer is apt.

The Polaroids are not the expected quick snapshots in intimate settings. Instead undefined, oblong shapes recall tongues, surfboards, layers in Polaroid 20 X 24 Pulls; a series of negatives acting as reversed silhouettes make up Self-Portrait; and something that unites the two is created in Birthday Portrait, where a triptych of dark oblongs seem to face one another, evoking the slim heads of cartoons in shadow.

In essence, the work is playful and surreal, evokes the natural and unreal, contrasting light and dark. But ultimately, the works seems to communicate to the viewer as you ask yourself the simple question: how did Carey create them?

The science behind photography confronts you right at the surface in Carey’s work. In this Carey’s self-acknowledged debt to the first female photographer Victorian Anna Atkins (1799-1871) is apparent. Atkins is known for her cyanotype photograms, and Carey has created her own body of work using the photogram process in Struck by Light (1922-2020).

Photograms are an antiquated method, works made without a camera in the dark room where objects are placed on light sensitive paper before the moment of exposure. Atkins was the first to use colour within the method with her cyanotypes, and in this way Carey is an obvious disciple, but she works with a wider range of colour.

Colourful, almost graphic works, Carey’s photograms are futuristic. They evoke the strobes of light found in nightclubs, and the frenetic energy of what it is to be alive in the modern world, yet as still images they harness it, controlling that energy and allowing you to be taken in calmly by it. Unlike anything else, they seem somehow familiar: Dings & Shadows are like scrunched up rainbow posters, hard and yet free, while Penlights evoke the slow dizzying visions you might see behind your eyes just as you go to sleep.

Carey uses these first, experimental techniques, and acknowledges the history of the form and the role of women within it, especially when it comes to colour. Women such as Atkins were offered freedom by photography, that Carey admits “wasn’t considered serious or an art form”, and by applying colour pushed the experiment further. But while Carey’s work harks back in its form, the aesthetic doesn’t allow itself to be confined to history, but defies categorisation.

Carey’s timeless, colourful shapes and processes take a life beyond experimentation, allowing the viewer to make their own conclusions between the light and dark. 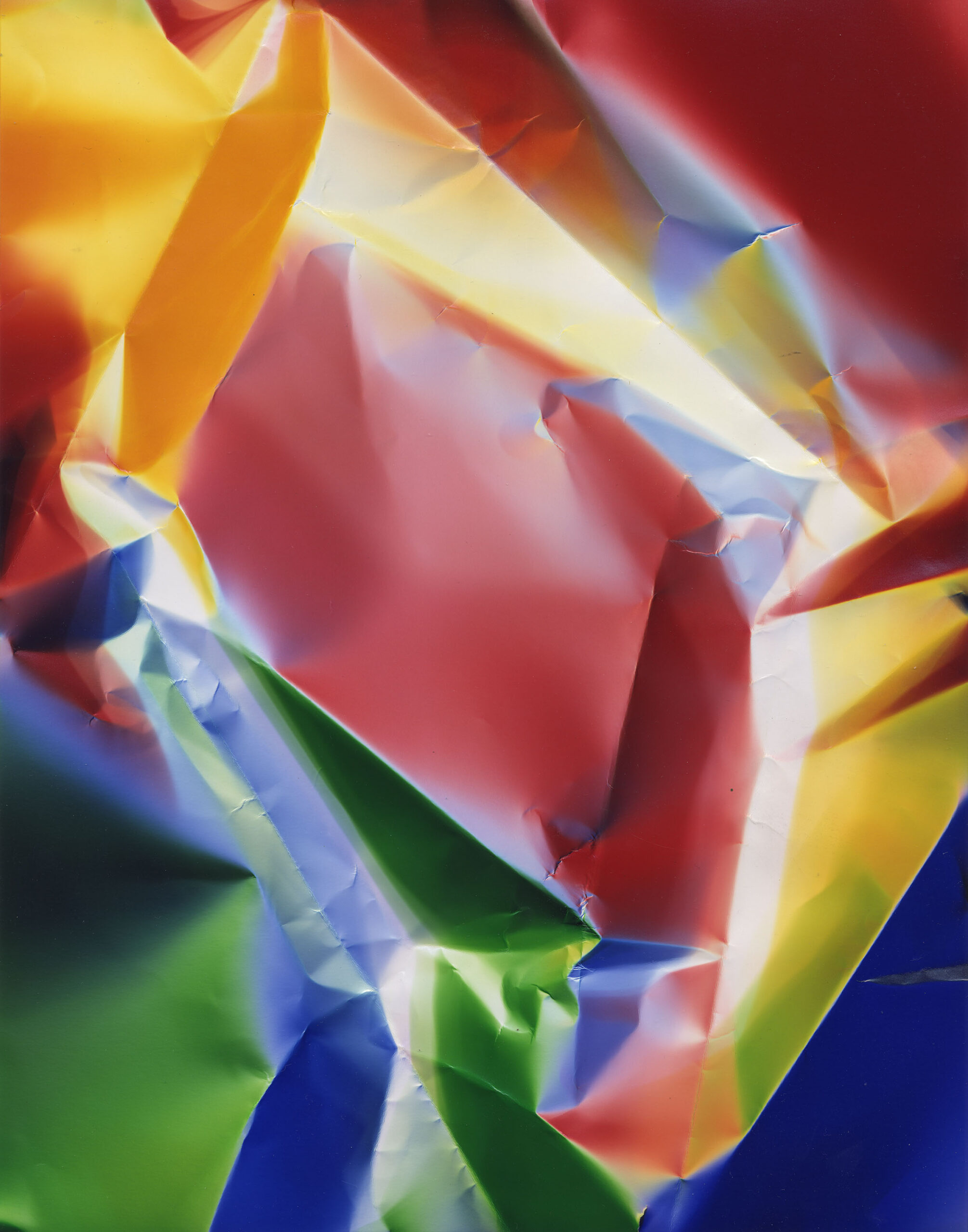 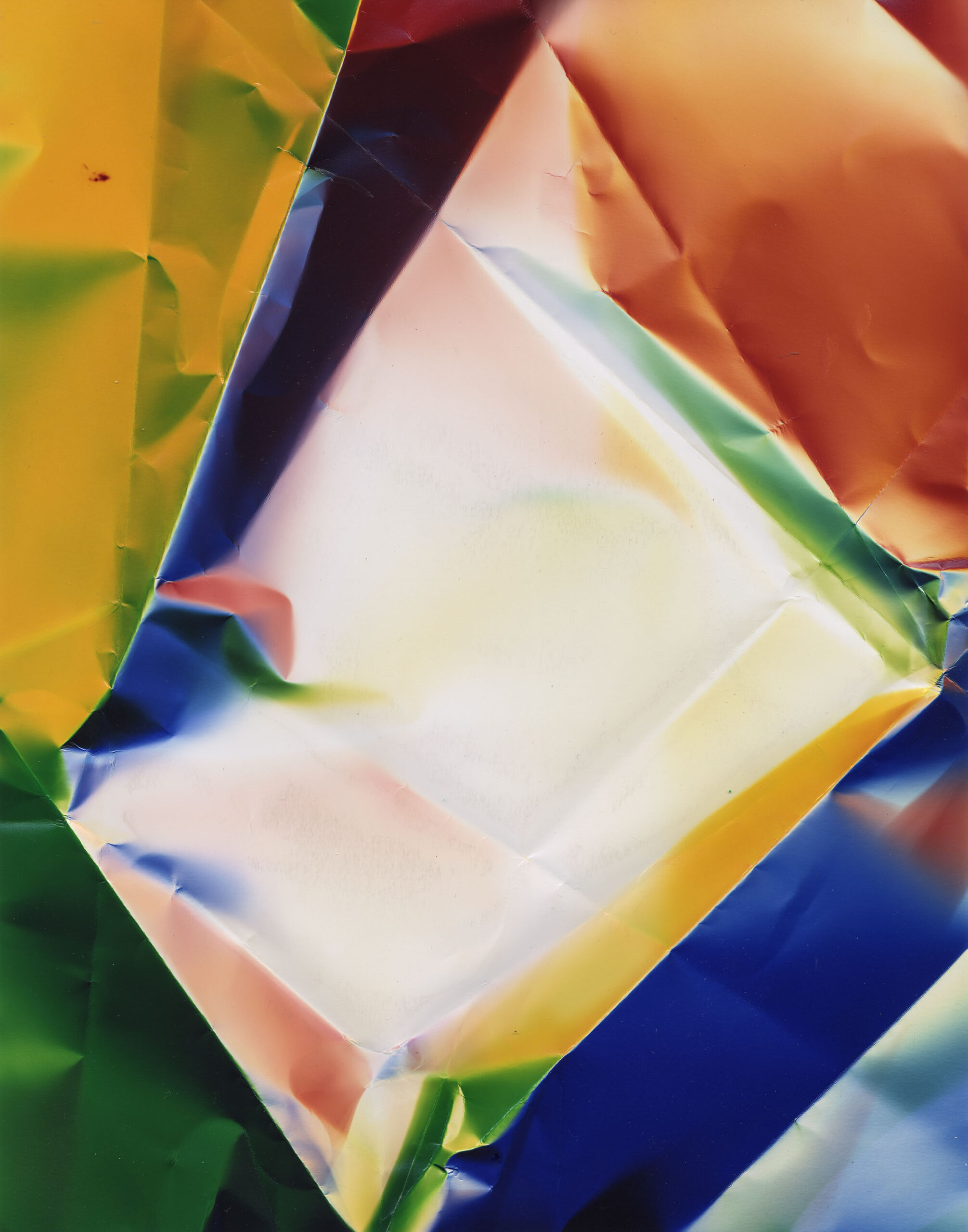