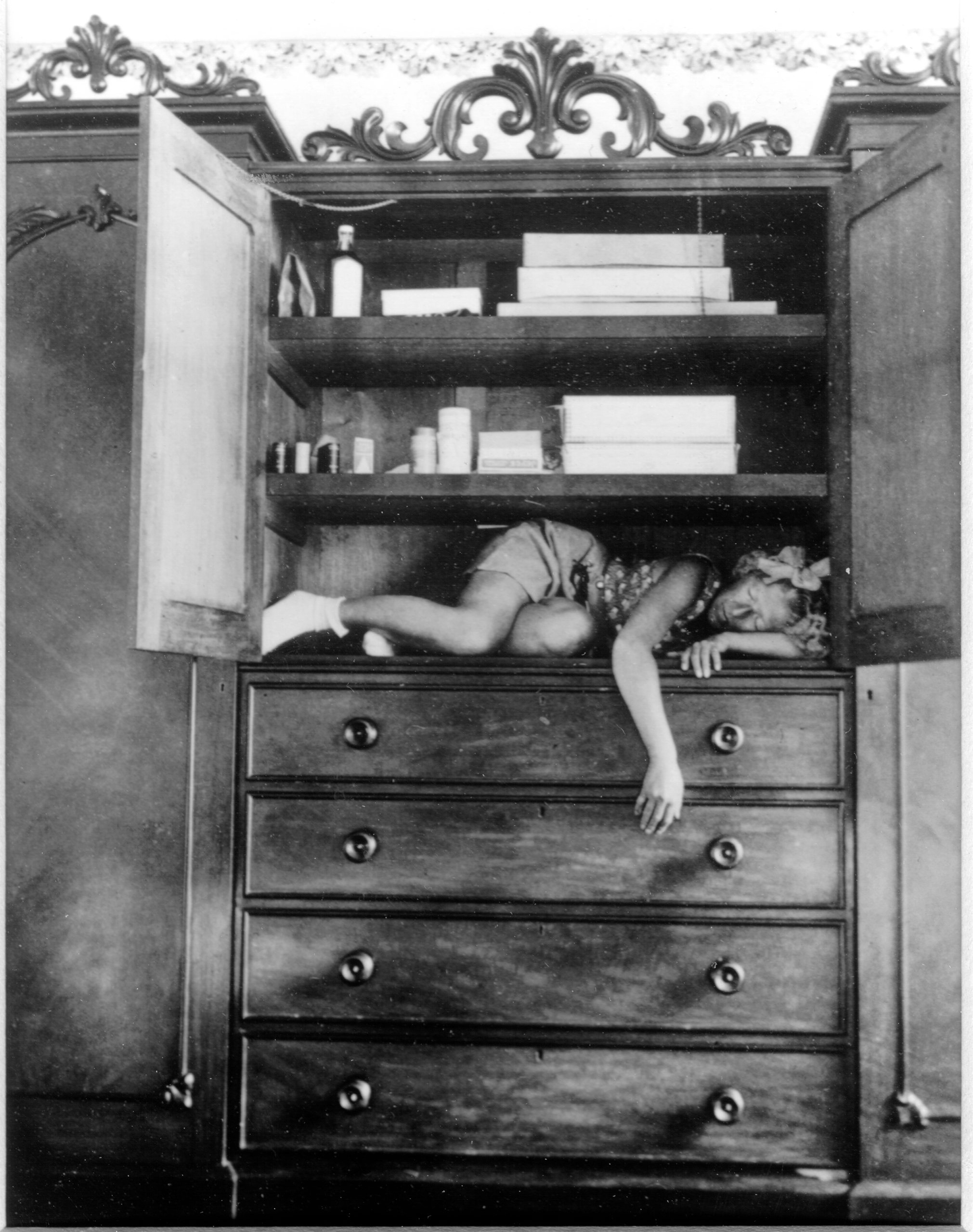 Self Portrait, 1932 © Claude Cahun. Courtesy of the Jersey Heritage Collection.

Claude Cahun was born in Nantes, France on the 25th of October 1894 to a Jewish family. Central to their work was an exploration of gender. They considered themselves agender, stating, “Masculine? Feminine? It depends on the situation. Neuter is the only gender that always suits me.” Often their photos feature only their shaved head and shoulders, erasing ties between gender and body. Their embodiment of masculine stereotypes was always accompanied by an effeminate lilt.  In Que me veux tu? the two-headed creature embodies their struggle with their gender identity.

In the male-dominated field of Surrealism, in which women were typically relegated to the role of ‘subject’ and their bodies sexualised and fetishised, Claude’s voice was revolutionary. They took charge of their own narrative and challenged the world’s social and economic boundaries, including gender roles. Their work deconstructed the notion of “male” and “female,” cementing them as an early queer pioneer.

Much of Claude’s work was a collaboration with her partner and step-sibling, Marcel Moore. The two were also political activists: they were jailed and sentenced to death for their anti-Nazi propaganda when Nazi Germany invaded Jersey, where they were living. Fortunately, they were liberated by the Allies before this sentence was carried out, but much of their work had been destroyed. However, Claude never recovered from her maltreatment and died in 1954. Their work was left to Moore but was auctioned off when Moore died by suicide in 1972. Their work has not been forgotten: their challenge of gender has inspired others, notably Cindy Sherman, and David Bowie featured their work in the Inaugural H & M High Line Festival in 2008. Their work and activism still resonates today: just last year Paper Bullets: Two Artists Who Risked Their Lives to Defy the Nazis (2020) was published.