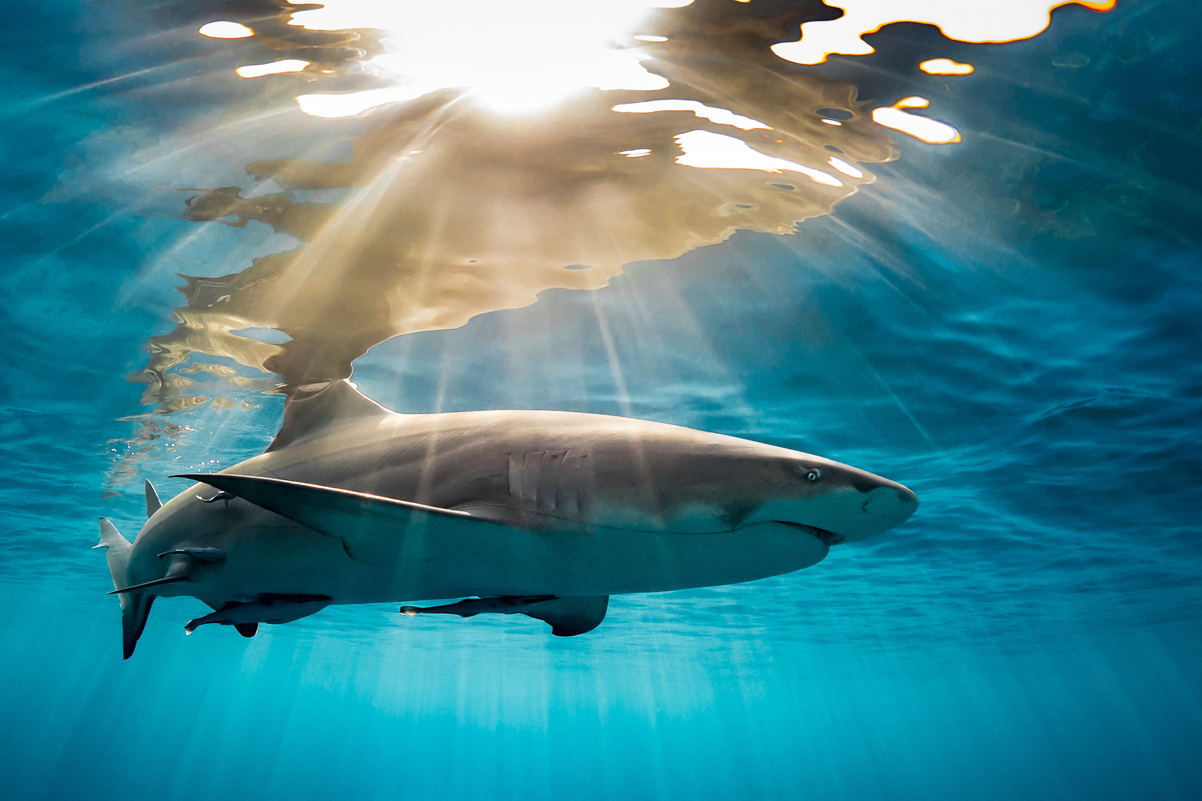 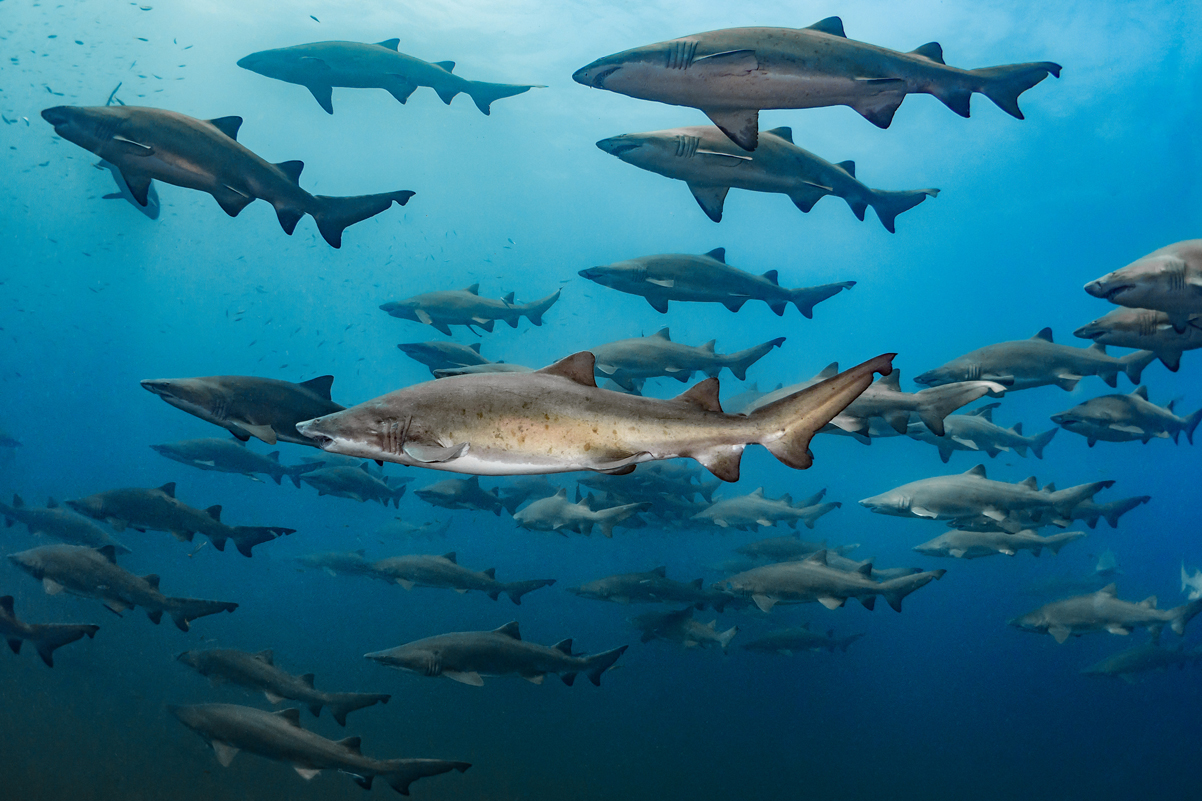 I was only two years old when the motion picture JAWS was released in 1975. I don’t remember how old I was when I actually watched the movie for the first time. But I do remember being keenly aware of this cultural phenomenon by the age of four or five, so much so that trips to the beach resulted in my vehement protests against going in the water past my knees because I just knew there were sharks out there waiting to eat me.

Fast forward to 2009 when I became a certified scuba diver. By now I knew that people had very little to fear from sharks, and over the next few years I actually began to enjoy seeing sharks when I dived. They were beautiful, graceful, and powerful; nothing like the vicious monsters so often portrayed by the media. To my horror, I learned that sharks have much more to fear from us than we do from them, as over 70 million sharks are killed by humans every year (compared to an average of six people killed by sharks annually worldwide). Not only are sharks targeted for their fins for use in shark fin soup, but many are also killed as bycatch in commercial fisheries. Some shark species are on the verge of extinction, with populations down 90% or more over the last few decades.

Knowing that sharks serve a critical role in our oceans as apex predators, I felt that I had to do something to help them. In 2012 I became involved in shark conservation, but still felt that I could do more. So in 2014 I picked up a camera, hoping I could capture images of sharks that would motivate the public to want to help these misunderstood animals. That decision changed my life. In 2015 I left the corporate world behind to concentrate full time on underwater photography and shark conservation, and since then I have worked with over 20 conservation organizations. I now travel around the world sharing my images and speaking about the plight of our oceans and the creatures who live there, especially my beloved sharks. I’ve also helped to develop a citizen science program to study sand tiger sharks off the east coast of the U.S., which uses photographs divers take of sand tigers to identify individual sharks and study the overall health of their populations. Through the power of photography, I believe that we can change the public’s fear of sharks to respect, and maybe even love. 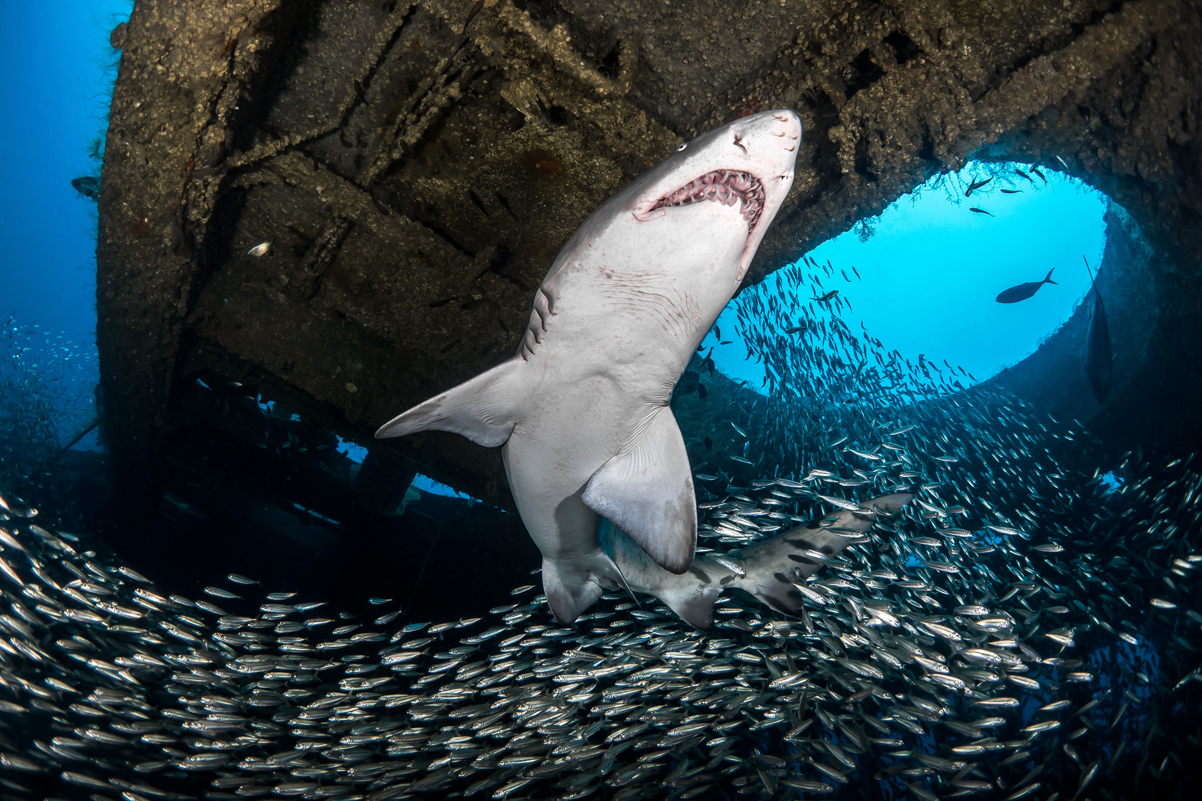 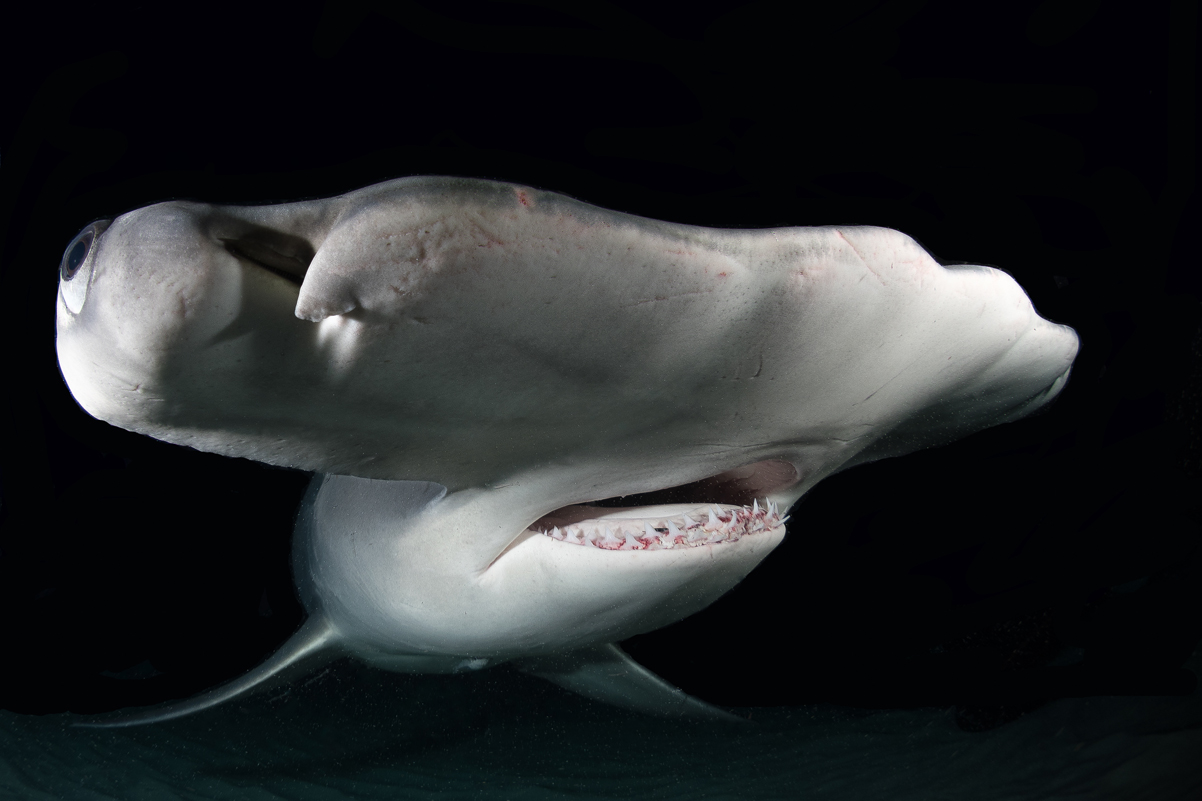 In 2015 Tanya Houppermans left her career as a mathematician and military defense analyst to pursue underwater photography and marine conservation full time. She is best known for her images depicting the grace and beauty of sharks, and her photos and articles have now appeared in publications in over 20 countries. Tanya has received several international awards for her photography, most recently winning First Place in the ‘Sharks’ category in the 2017 World Shootout, First Place in the ‘Portrait’ category in the 2018 Underwater Photographer of the Year Competition, and the Grand Prize in the 2018 California Academy of Sciences Big Picture Natural World Photography Competition. Tanya is also an advocate for adaptive scuba diving for those with disabilities, as her own son is a scuba diver who has autism. 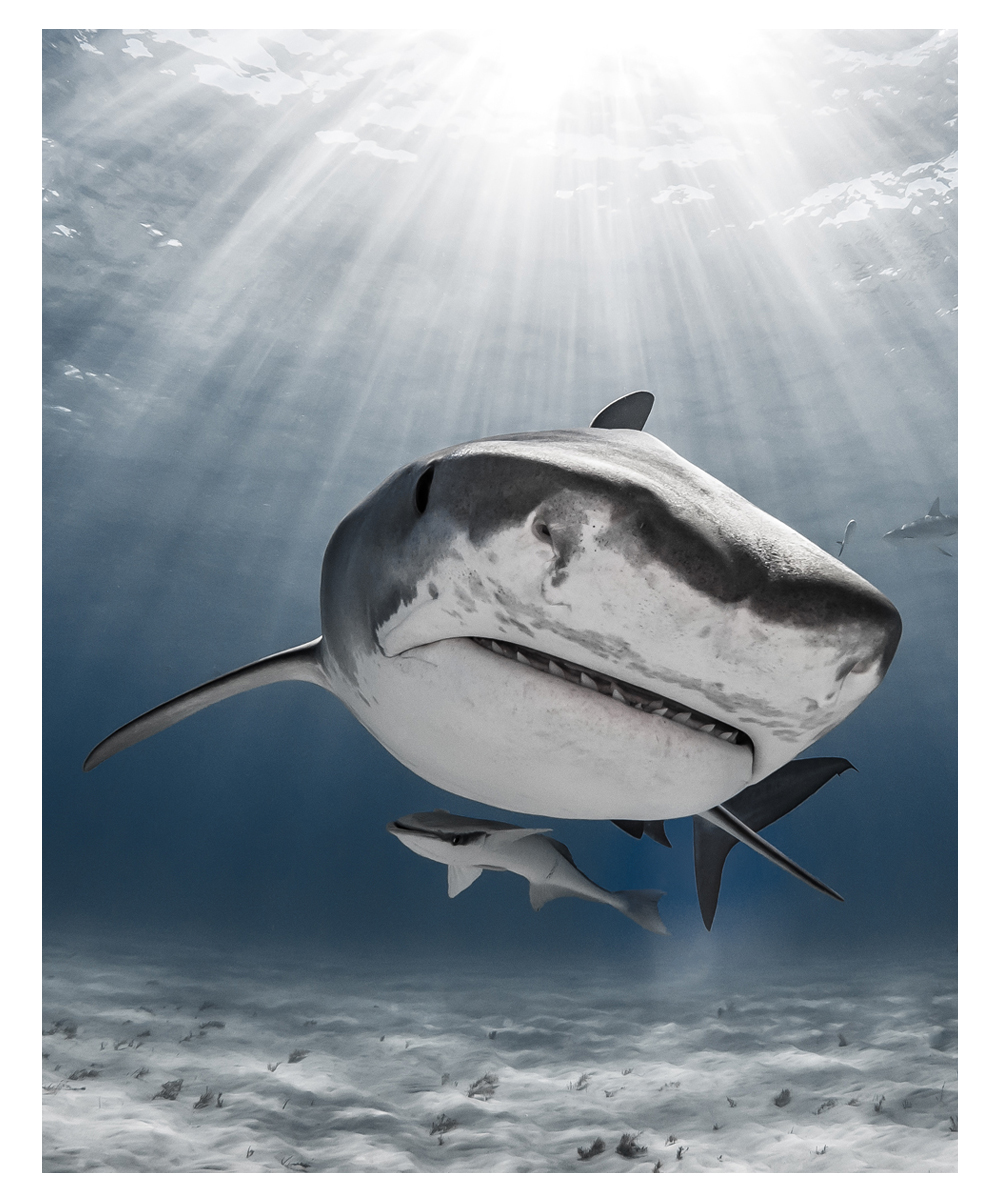 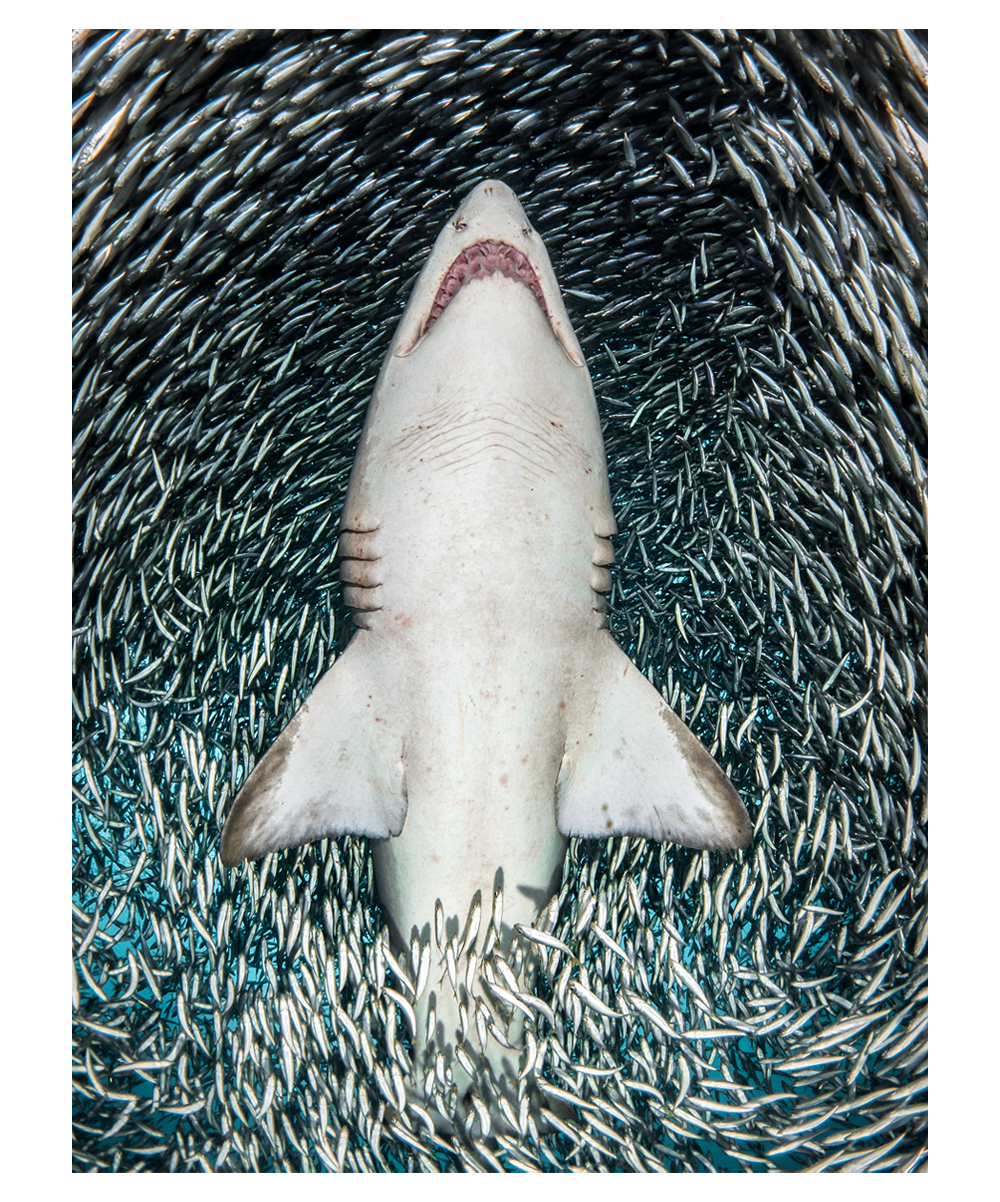 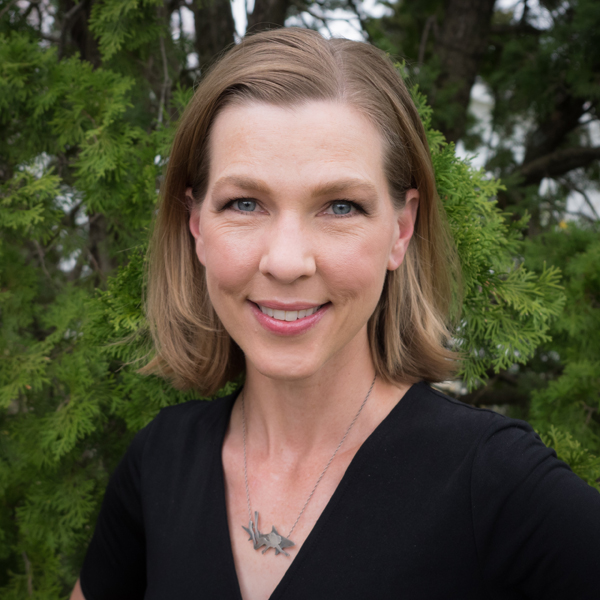