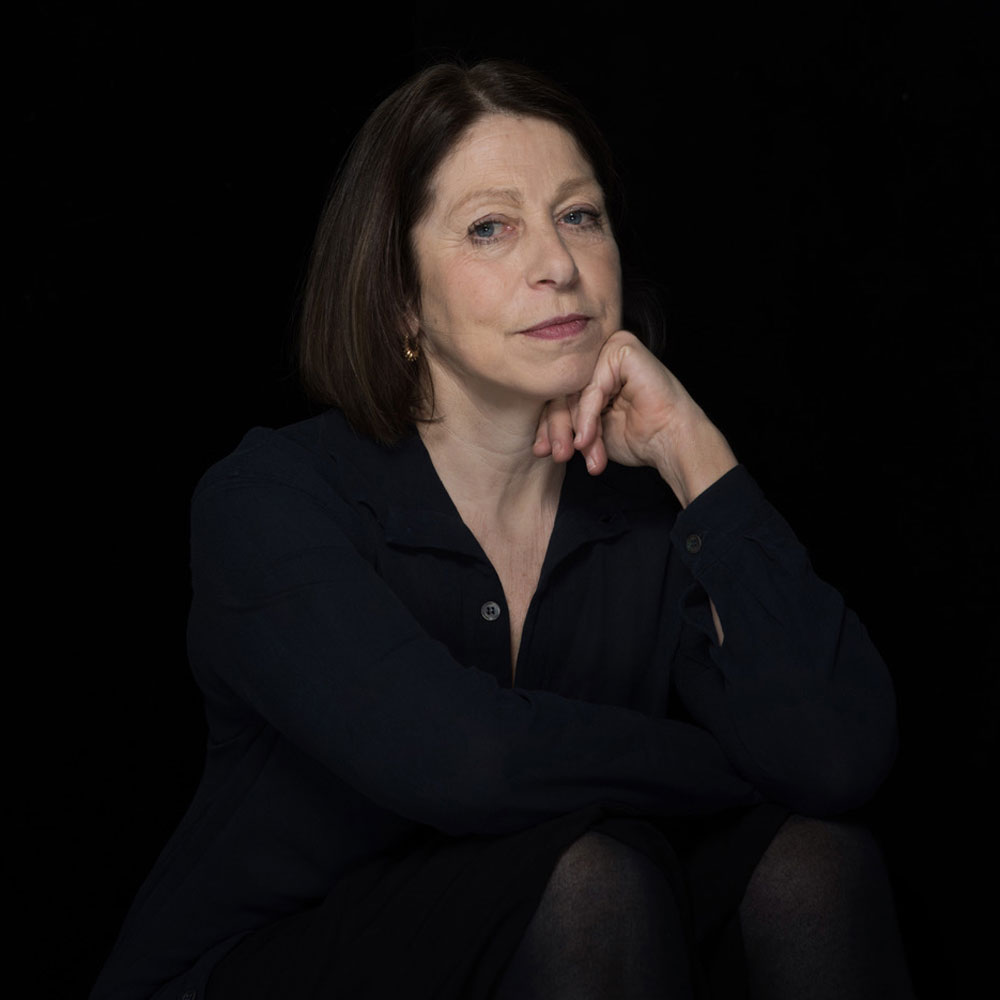 Hannah Collins (b. London, 1956) is one of the UK’s most prominent women photographers. She is known for a diverse approach to both the medium and the content of her work; her oeuvre combines photographs, film, and written text with topics from a variety of social, historical and geographical frameworks.

Hannah studied at the Slade School of Fine Arts in London from 1974 to 1978, continuing her formal education in the U.S. on a Fulbright Scholarship. Since graduating, her work has attracted critical acclaim; she received the European Photography Award in 1991 and was nominated for the Turner Prize in 1993.

The incredible scale of her landscape images has garnered particular attention; in series such as True Stories, the collection of vistas – captured on rooftops over the course of fifteen years – have an almost dreamlike quality, with the technicolour skies and detailed clusters of buildings evoking a cinematic aesthetic.

According to the Tate gallery, these images precipitate a physical experience for viewers, who encounter the work in a bodily as well as intellectual sense due to the awesome scale. Hannah often presents her work without frames, diminishing the boundary between the photographs and their audience.

Hannah’s recent projects highlight her willingness to collaborate with other artists to widen the scope of her practice. I will make up a song and sing it in a theatre with the night air above my head (2019) constitutes a collaboration with musician Duncan Bellamy; combining still photography with video installation created by Hannah, the project examines the work of Egyptian Modernist architect Hassan Fathy.

Consisting of images presented in sequence alongside Bellamy’s music, Hannah’s videos consider ‘sustainable architecture and rural community building at New Gourna and New Baris in Egypt […] prompting us to meditate on the past as well as contemplate new solutions for the future’ (SFMOMA). Bellamy’s soundtrack was created using field recordings gathered at the sites of the photographs as a starting point. The arrangement of these distorted sounds elicits a haunting musicality, enhancing the aura of Hannah’s photographs.

Among other recent exhibitions, I will make up a song and sing it in a theatre with the night air above my head was shown at the Tapies Foundation Barcelona and San Francisco Museum of Modern Art. A retrospective of Hannah’s work was shown at the Sprengel Museum Hannover in 2015, marking her receipt of the Spectrum Prize.

In 2020, Hannah curated We Will Walk – Art and Resistance in the American South at Turner Contemporary in Margate, UK. Her capacity for the curation and creation of highly innovative, contemporary work cements her as one of the foremost women in photography today.