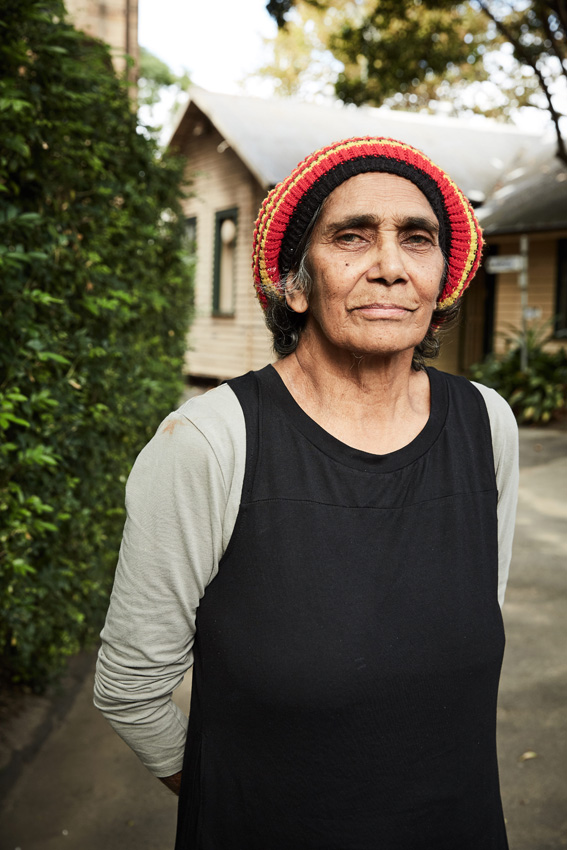 Barbara McGrady as photographed by Joshua Morris for the 2020 Sydney Biennale.

Barbara McGrady, a Gamilaroi/Gomeroi Murri Yinah (Woman) from North Western NSW and Southern Queensland in Australia, is a passionate advocate for telling the true stories of contemporary Aboriginal life, documenting her ’mob’s’ achievements, humanity and beauty through a unique lens. As both an ’observer’ and ’protagonist’ in the ongoing conflict between Aboriginal culture, spiritual connection to country and Australian colonial sensibilities, Barbara clearly defines the implications of this disconnect in her work. As a trained sociologist, athlete and sports lover, Barbara has not only photographed in the greatest sporting arenas in Australia, but she also assiduously documents the participation of Aboriginal and Torres Strait Islander sportspeople engaged in the ideal of gladiatorial contest. Barbara’s photojournalism work was presented as part of the 22nd Biennale of Sydney (2020), titled NIRIN. She is the recipient of the National Indigenous Human Rights Anthony Mundine Courage Award for social documentary photography (2014) and the Solid Screen International Award for Indigenous Women in Film and Photography for Photo Media documentation (2015).